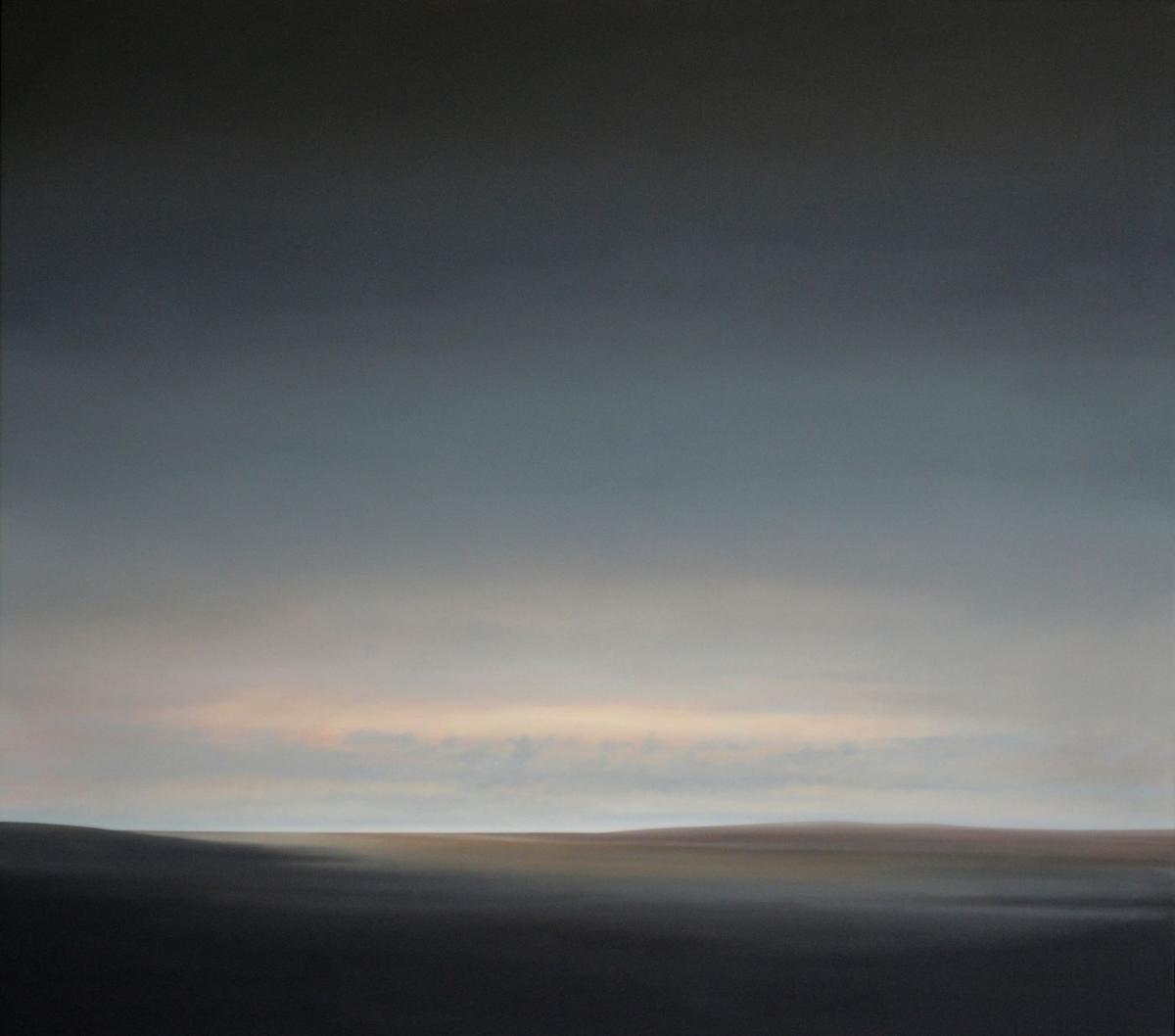 “Silence,” by Robert Singleton, features the horizon line and a play of light and atmosphere common to his work. 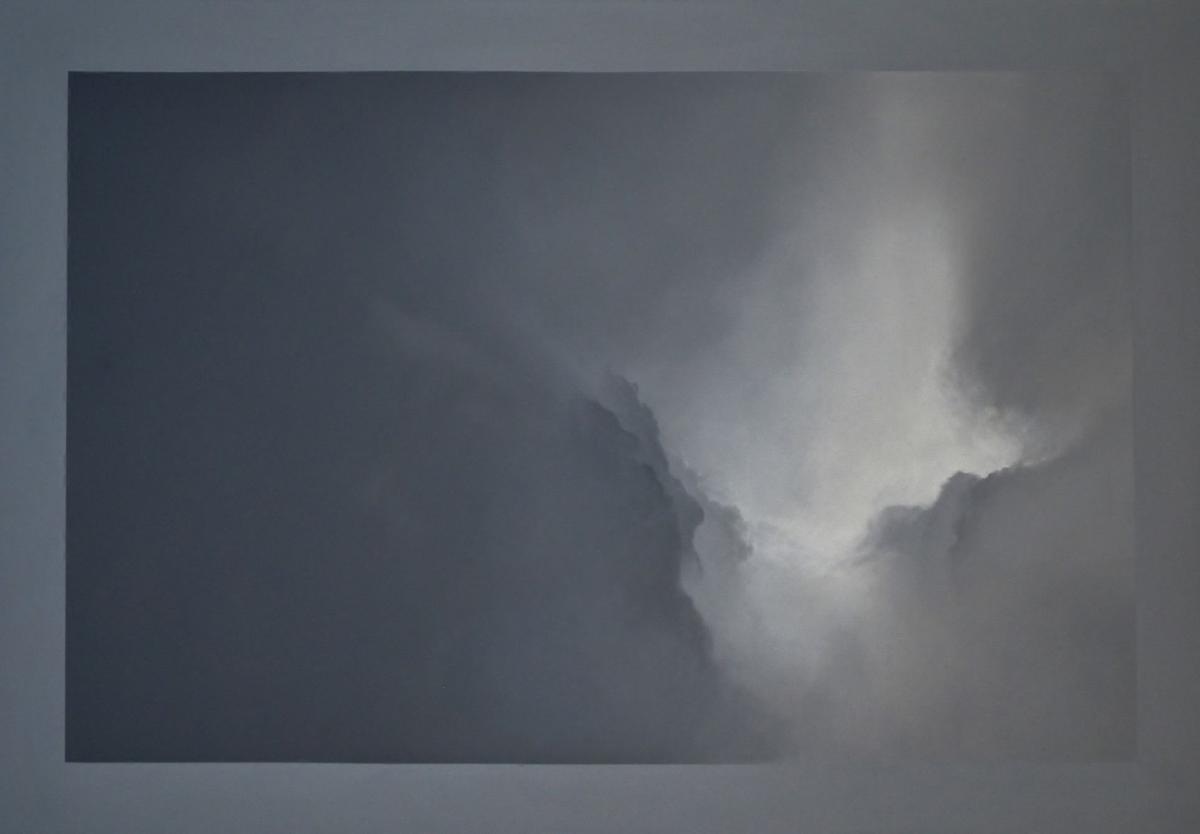 “Apparition,” one of the works in Singleton’s first show in 20 years, features the play of light on atmospheric clouds. 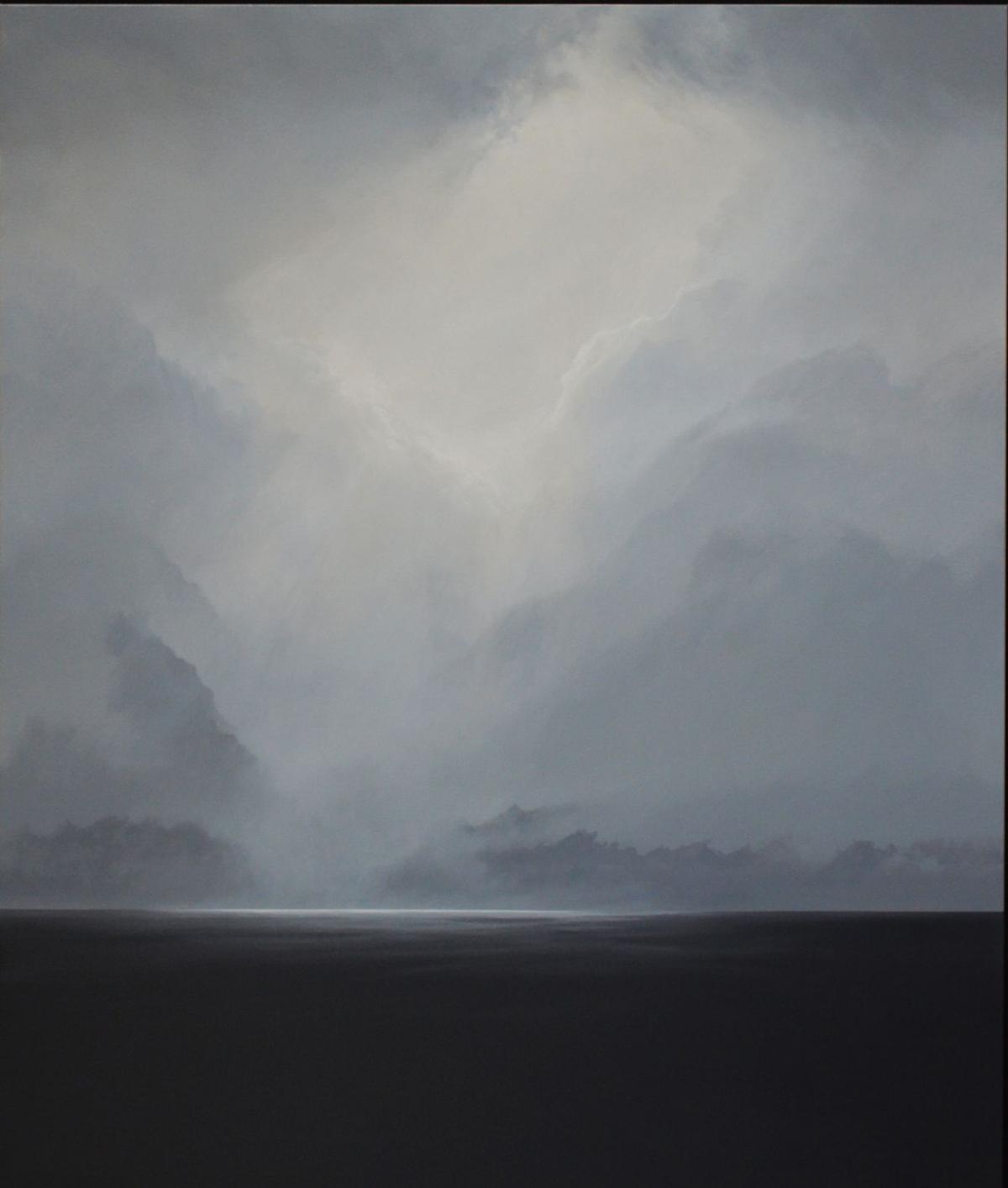 Singleton’s painting “Old Soul” is one of the works in his show at Lost River Trading Post’s Grasshopper Gallery, in Wardensville, through Oct. 19.

“Silence,” by Robert Singleton, features the horizon line and a play of light and atmosphere common to his work.

“Apparition,” one of the works in Singleton’s first show in 20 years, features the play of light on atmospheric clouds.

Singleton’s painting “Old Soul” is one of the works in his show at Lost River Trading Post’s Grasshopper Gallery, in Wardensville, through Oct. 19.

Robert Singleton’s artwork can be found around the world, but until just recently, the reclusive artist had not desired an art showing for 20 years.

And therein lies a rich story about a renowned artist who found peace in the backhills of Hardy County, West Virginia, and who now at age 77 is finally showing his work again.

A total of 13 of Singleton’s atmospheric, luminescent paintings of clouds and light are on display through Oct. 19 in the Grasshopper Gallery at the Lost River Trading Post at 295 Main St., Wardensville.

“Throughout my career, my work has reflected light with a small ‘l.’ After my sojourn here in West Virginia, however, my work is about the light with a capital ‘L’ — enlightenment,” Singleton said.

He moved to a West Virginia mountaintop in 1979 and built a house and studio at the apex of a career that saw his work represented by prestigious galleries in SoHo and San Francisco and a host of successful shows far and wide, including one at the Kennedy Center in 1976.

“I basically dropped out when I came here,” he said in a telephone interview from his home.

“I was still painting and producing works for shows in New York, a number of one-man shows. But gradually, I started just backing off from any kind of public exposure.”

Then, he met Elizabeth Kubler-Ross, the influential American psychiatrist and pioneer in near-death studies who died in 2004. Her work encouraged the hospice movement and her book, “On Death and Dying,” popularized the notion of the five stages of grief.

Singleton attended one of her workshops.

“At this workshop I learned how to be a compassionate caregiver,” he said.

It was pure coincidence — “although she says there’s no such thing as coincidence,” said Singleton — that the AIDS epidemic was about to strike. Singleton would lose a partner and many friends.

“This workshop of seven days prepared me for what was to come in the future. My focus in life shortly after that shifted away from my paintings, and I was taking care of a lot of friends. Many came here because of the beauty of this place — and these were people who were terminally ill.”

Singleton later went on to serve on the board of directors of the Elizabeth Kubler-Ross Center, from 1985 to 1995.

When he stopped painting in the mid-1990s, he put the brakes on a long career that began with his study of painting under Theresa Pollock, a student of Hans Hoffman, who was an influential German-born American abstract expressionist.

Singleton’s career was launched as a vigorous abstract expressionist painter, but midway through, he hit a wall. In residence at New Hampshire’s famous MacDowell Colony for artists one time, he had a realization.

“It was there where I jokingly say I painted myself into a corner,” he said. “I asked myself, ‘Are you really painting what you want to paint?’ As I started walking back to the studio, I said to myself, ‘No, I’m not painting what I really want to paint.’”

The next question followed — well, what do you want to paint?

“The simplest answer came — it was just clouds. Clouds. And that’s what now I paint and have for many years,” Singleton said.

In 2012, atop his rural West Virginia mountain, he took up his brushes again after so many years and again turned to the clouds. He’ll tell you that he still does abstracts, but in a different fashion.

“I use clouds as almost an abstract vehicle to capture light. They’re great abstract forms that Mother Nature creates. But, most importantly, in order to see them, you’ve got to have light.

“Some of them are very dramatic. There are these huge thunderheads, if you will, big cumulus clouds. But the light on them is very dramatic, it’s coming in from a hard angle. But, again, I use it as a vehicle to capture light — and not just the clouds themselves, but atmosphere. That’s what I paint.

“I now kind of think of myself as kind of a classical painter, even though I went through the whole abstract thing. The one component I strive to have in my work now is a sense of radiance, a sense of light — that they are self-luminescent, if you will.”

At the opening of his first show in two decades, he studied people studying his works. “And many people came over and said they look like they have a light behind them, that they are illuminated,” Singleton said.

“I think that’s what I want. I would say some of them are mystical, but they’re certainly not religious in the true sense of dogma or something like that. But they certainly have — and I use this term carefully — but some sort of spiritual component to them. And that’s not to get saccharine. They’re not overly sweet. The best way I can put it is they’re luminous.

“When I started back to work I think there was a major difference. Now when I’m painting I really want to communicate it’s not so much about me, me, me. What I’m looking for is to convey a sense of peace in my work and a sense of reverence. So, I’m perhaps passing on in these new works 20 years of reflection about death and dying.”

Born in North Carolina, he now considers himself “a West Virginian by choice.” His mountaintop home has been where he has come to peace with himself and his life, he said.

For more on the Lost River Trading Post and gallery, visit www.lostrivertradingpost.com

US cities see surge in deadly street racing amid pandemic