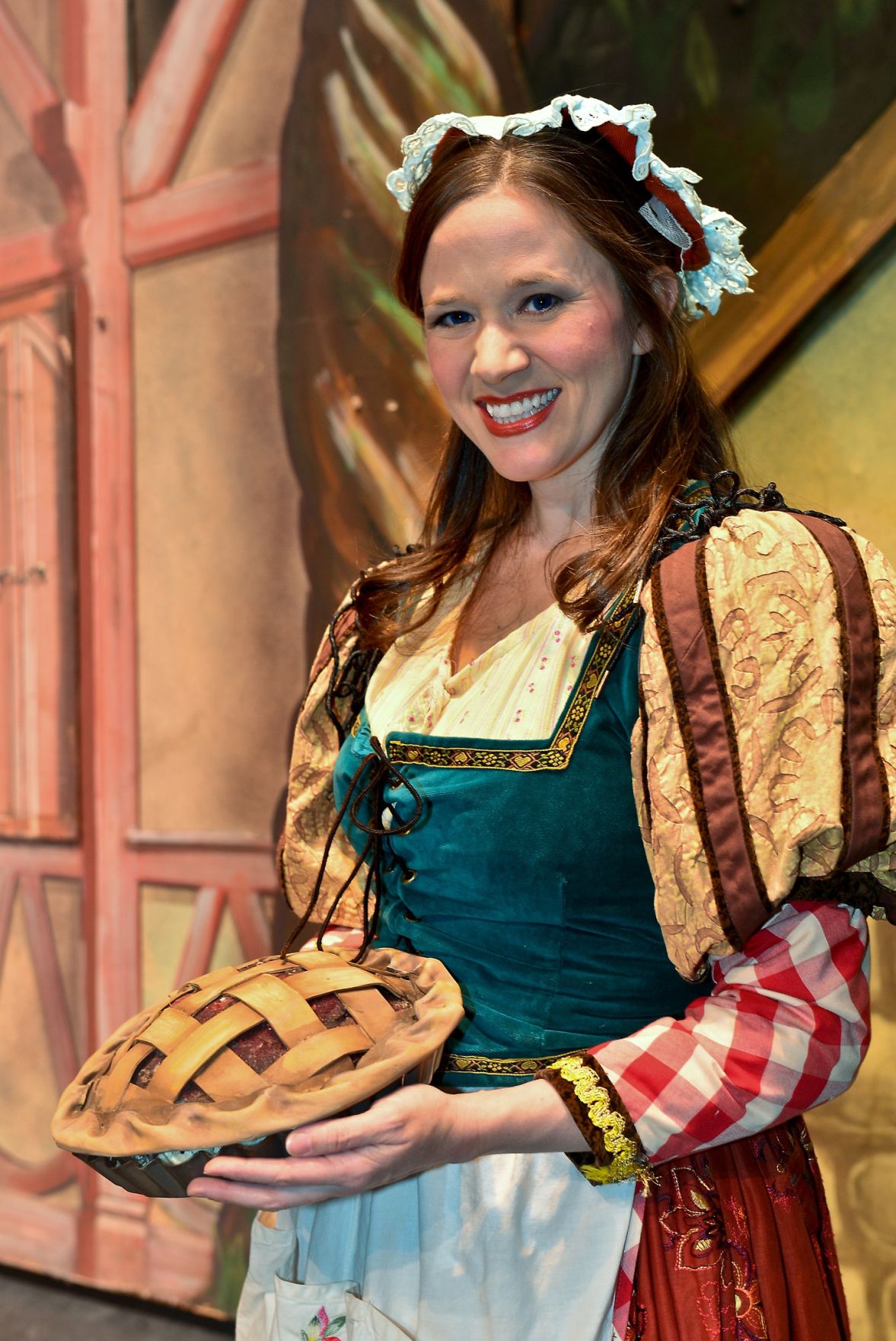 Rachel Scarpelli plays the part of The Baker’s Wife in the Charleston Light Opera Guild’s presentation of “Into the Woods,” which opens Friday. Scarpelli found kinship with her character, who also longed for a child. 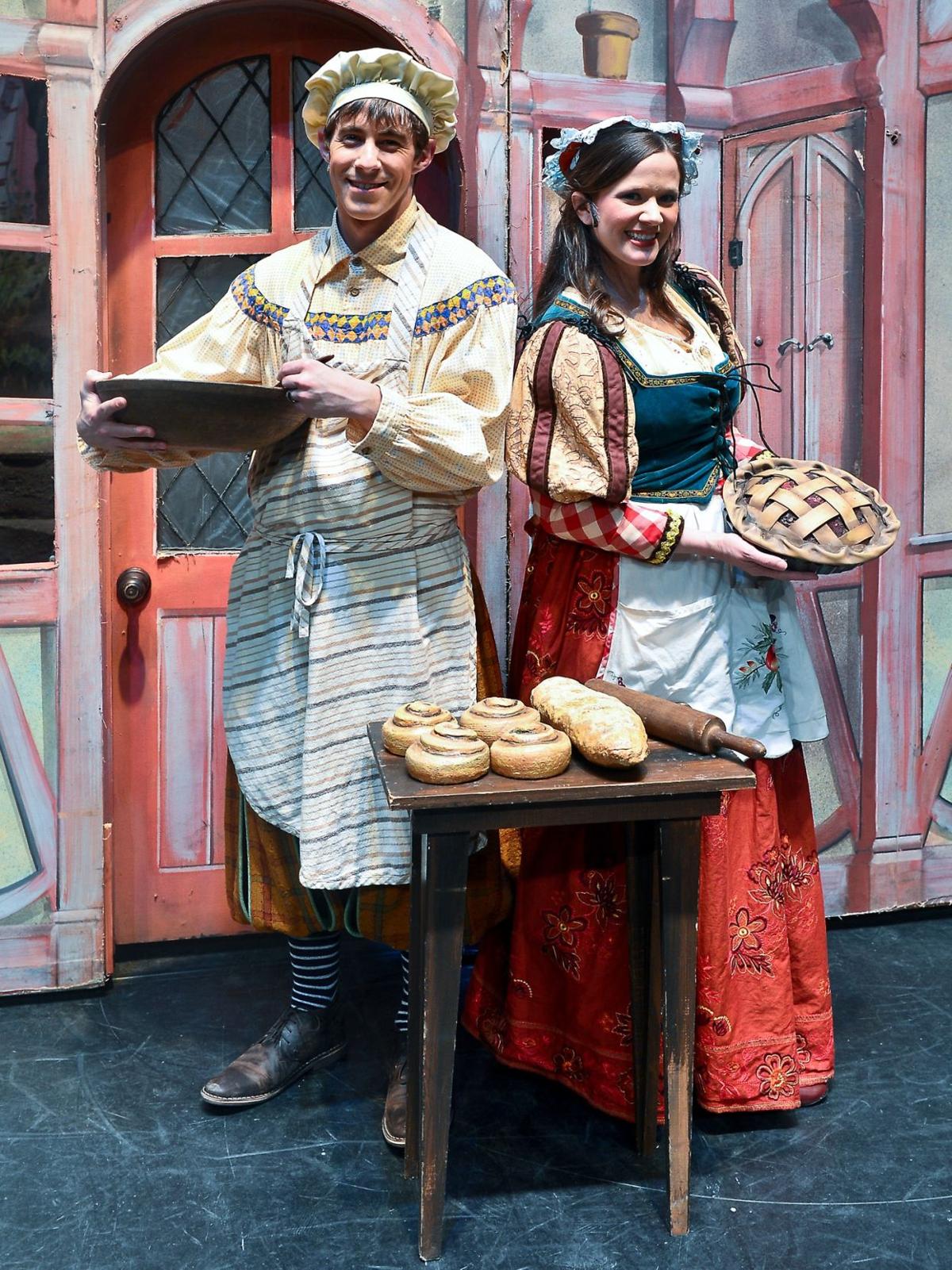 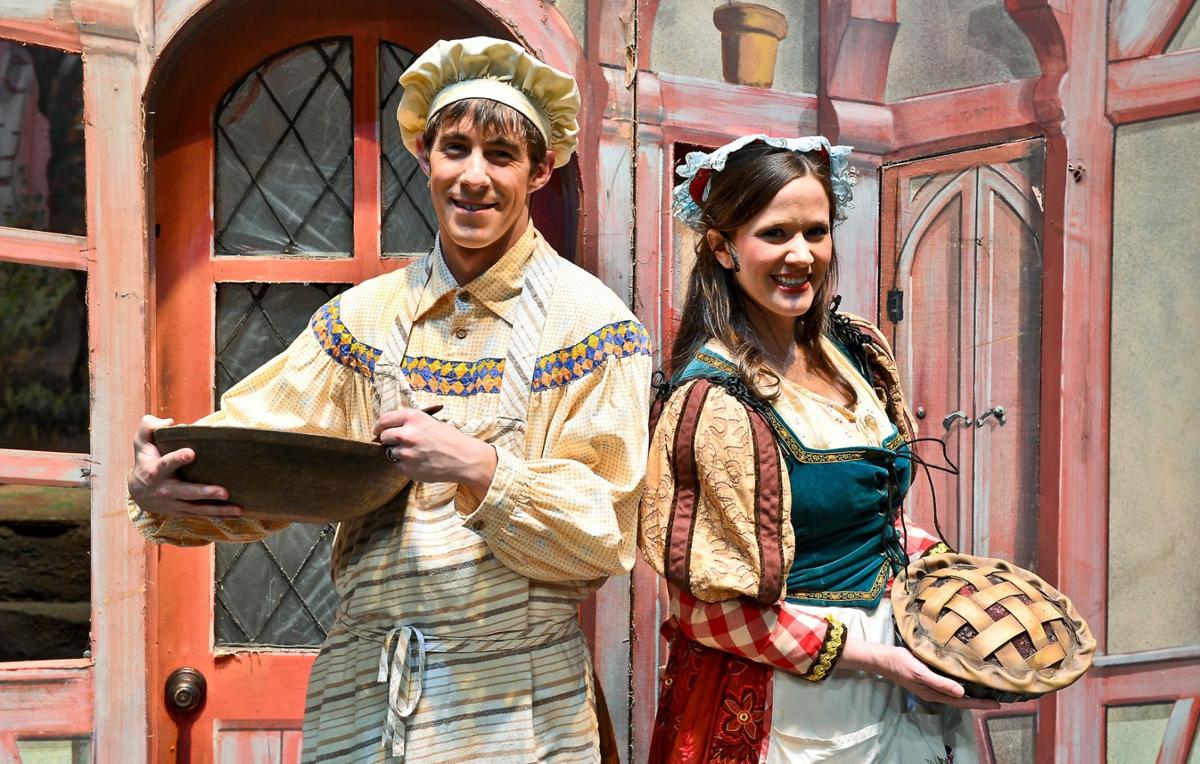 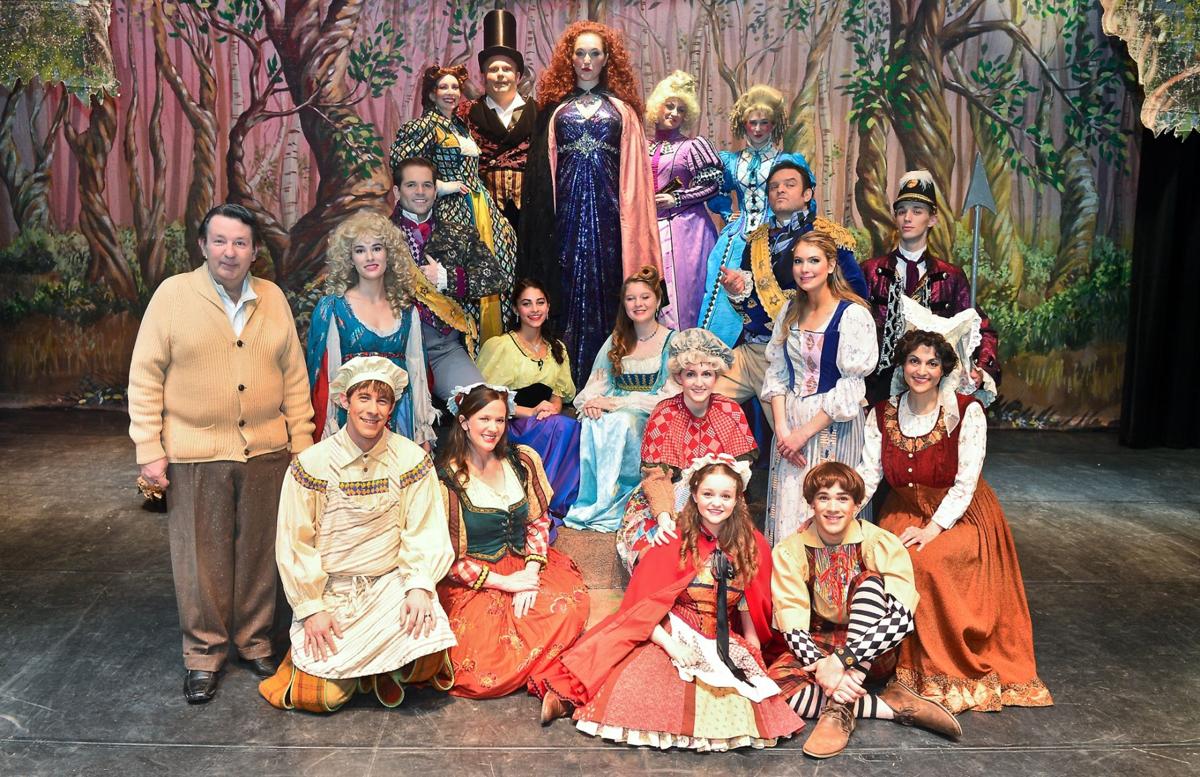 The cast for “Into the Woods” includes a number of Charleston Light Opera Guild veterans. The Guild has performed this musical twice before in 1992 and 2006.

Rachel Scarpelli plays the part of The Baker’s Wife in the Charleston Light Opera Guild’s presentation of “Into the Woods,” which opens Friday. Scarpelli found kinship with her character, who also longed for a child.

The cast for “Into the Woods” includes a number of Charleston Light Opera Guild veterans. The Guild has performed this musical twice before in 1992 and 2006.

Actors sometimes struggle to relate to the characters they portray.

Not so for Rachel Scarpelli, who plays The Baker’s Wife in the Charleston Light Opera Guild’s production of “Into the Woods.”

Left infertile by a spell, the character and her husband embark on a dangerous scavenger hunt so that a witch might lift the curse. The character wants nothing more than to be a mother.

Scarpelli, 33, knows all too well how it feels to yearn for a child. She and her husband, David, tried for four long years to have a baby.

“I remember thinking I would do anything,” she said. “I understand that desperation, like you want a family so much.”

The youngest of her siblings, Rachel, has wanted to be a mother as long as she can remember. She became an aunt when she was 11 years old and the maternal instincts have been with her ever since.

Rachel and David began trying to conceive when they learned her father had terminal cancer. They were overjoyed when she became pregnant, but were crushed when she suffered a miscarriage.

Not long after, Rachel was pregnant again, but the result was sadly the same. With the loss of her father and two failed pregnancies, it was a dark and difficult period.

The heartache, however, wasn’t over yet.

After the second miscarriage, they decided adoption might be the best course. They’d thought about adopting anyway, and the possibility of another failed pregnancy just seemed too much to bear. They began to research their options.

“We didn’t want to go through that heartache again,” Rachel said. “But then we wound up with broken hearts over the adoption as well.”

They explored an international adoption — Rachel didn’t want to say which country because she feared it might dissuade another couple from trying — but began to have concerns after hearing horror stories.

“We heard a lot of stories of wrongdoing — things that weren’t very positive in that country,” she said. “There were a lot of legal challenges, a lot of red tape. So, we took a step back and said, ‘Is that what we really want to do? Is this something we feel positive about?’”

Another attempt to adopt, this time from within the U.S., also fizzled.

“It was basically a year and a half of paperwork and interviews and intrusiveness, people coming into your house and making sure you are suitable to have a child,” she said. “It just felt like the most unnatural way possible to have a family.”

Rachel and David started to have concerns over attorneys involved in the case and wondered whether they should again take a step back. Unsure of how to proceed, they finally got the good news they’d been waiting to hear.

Rachel was pregnant again, and everything looked healthy and normal. Nine months later, she gave birth to a healthy baby boy, whom they named Desmond.

She described all nine months as “a dream come true.”

“It was really a magical time. A lot of women say it’s really rough the first couple months because of morning sickness and feeling tired, and for me, I had all of those things but every bit of it was precious to me because I’d wanted it for so long,” she said.

They were living in Florida at the time, but decided to return to West Virginia because Rachel wanted to be a stay-at-home mom for at least a couple of years.

“I said there is no way I’m going back to work,” she said with a laugh.

David told her they couldn’t afford to remain in Florida if she quit working, so they decided to return to Charleston where the cost of living was lower. About a year ago, they became parents again, this time to a healthy baby girl whom they named Zia.

Rachel, who has returned to the workforce as a teacher at Mountaineer Montessori, identifies strongly with The Baker’s Wife, but her co-star Scott Jarrell, who plays The Baker, said his experience with parenthood was the opposite of his character.

One of the central themes of “Into the Woods” is wish fulfillment and its consequences. By the second act, many of the characters have what they want, but still find themselves unsatisfied in some way. It’s what comes after the “happily ever after” that fairytales often conveniently ignore.

For The Baker, the spell on his family has been lifted and he has the child he fought so hard to have. But now he finds himself detached, and he squabbles with his wife over his unwillingness to hold the baby.

Jarrell said that couldn’t be further from his relationship to his daughter, Emily.

He and his ex-wife found out they were pregnant early in their marriage. It was unexpected, but once the baby arrived, so did his powerful paternal instincts.

“The Baker in the second act is like, ‘Ugh I don’t know how to be a father,’” he said. “He is very hands-off, but I absolutely love being a father.”

So, do Jarrell or Scarpelli want more children?

Jarrell said he thinks one child is the perfect number. Rachel, on the other hand, thinks she could handle a few more.

She said she is willing to give adoption another try one day. She also hasn’t ruled out being a foster parent.

“I would like a whole house full of children,” she said.

The musical blends the well-known fairytales of Cinderella, Rapunzel, Jack and the Beanstalk and Little Red Riding Hood with the original story of The Baker and his wife. The couple act as catalysts for the other characters when they obey the witch’s commands and go into the deep dark woods in search of four items.

“I like the fact that ours is sort of the original story, mixed in with all of the other fairytale stories,” Jarrell said. “I like that our story, nobody knows about. Nobody knows how our story ends.”

“I think they are the most real people, too,” Rachel said. “It’s like you’re stuck in this fairytale world, but you have a story that could possibly happen, minus the giants and witches and all of that.”

The story, by composer Stephen Sondheim and author James Lapine, is one of growth and self-discovery. It opened on Broadway in 1987 with Bernadette Peters, Joanna Gleason, Chip Zien and Tom Aldredge and won three Tony awards, including best score and best book, five Drama Desk awards and the New York Drama Critics Circle Award for best musical.

It was revived in 2002 with Vanessa Williams, Laura Benanti, John McMartin and Gregg Edelman and won the Tony for Best Revival of a Musical. The film version starring Meryl Streep, Emily Blunt, James Corden, Anna Kendrick, Chris Pine and others was released in December 2014.

“Into the Woods” is directed and choreographed by Nina Denton Pasinetti with musical direction by Bobby Hodges Jr. David Patrick serves as accompanist, and Thomas P. Pasinetti is technical director.

Tickets are $25 and can be purchased at CharlestonLightOperaGuild.org or by calling 304-343-2287.

Christmas Every Day: A running start to the holiday season

A rite of passage (FlipSide)

Tired of Hallmark Christmas movies? Here's some alternatives to get you into the holiday spirit (FlipSide)

The feeling of December (FlipSide)

The music scoop from the past month (FlipSide)