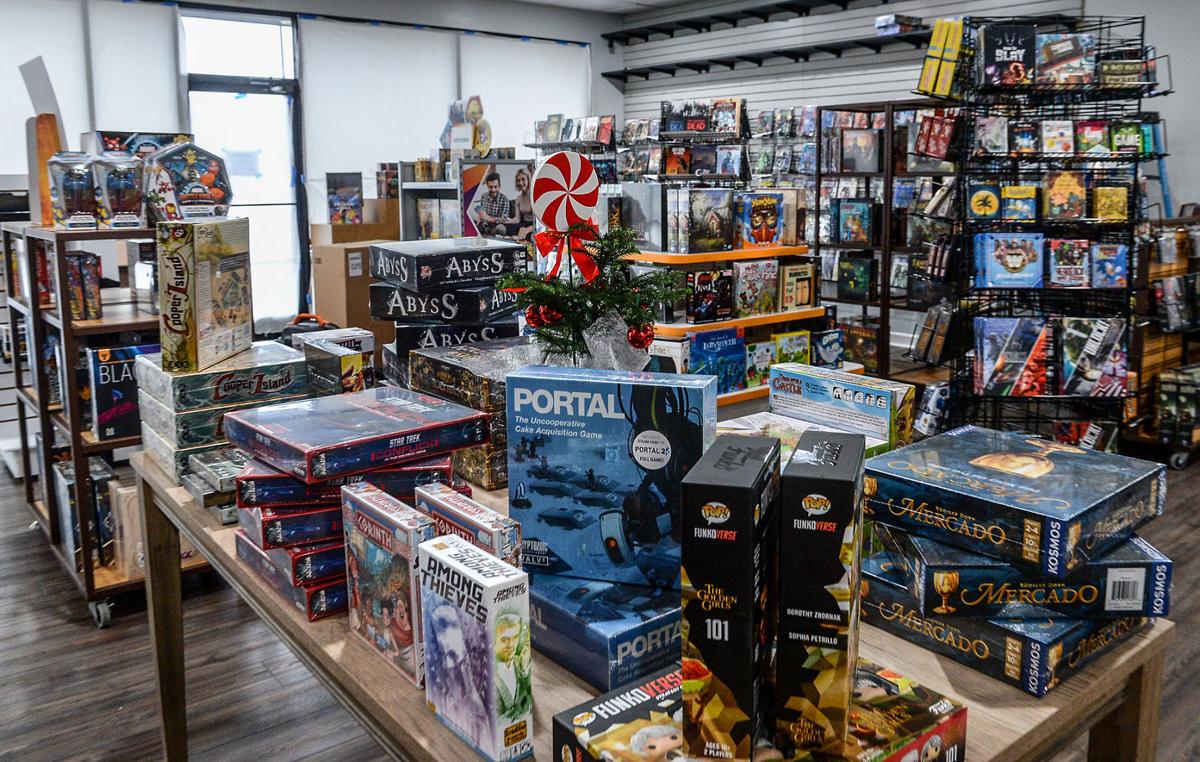 A wide variety of games are available at The Board Room, a new game cafe that offers games to play, games to buy and beer to drink. 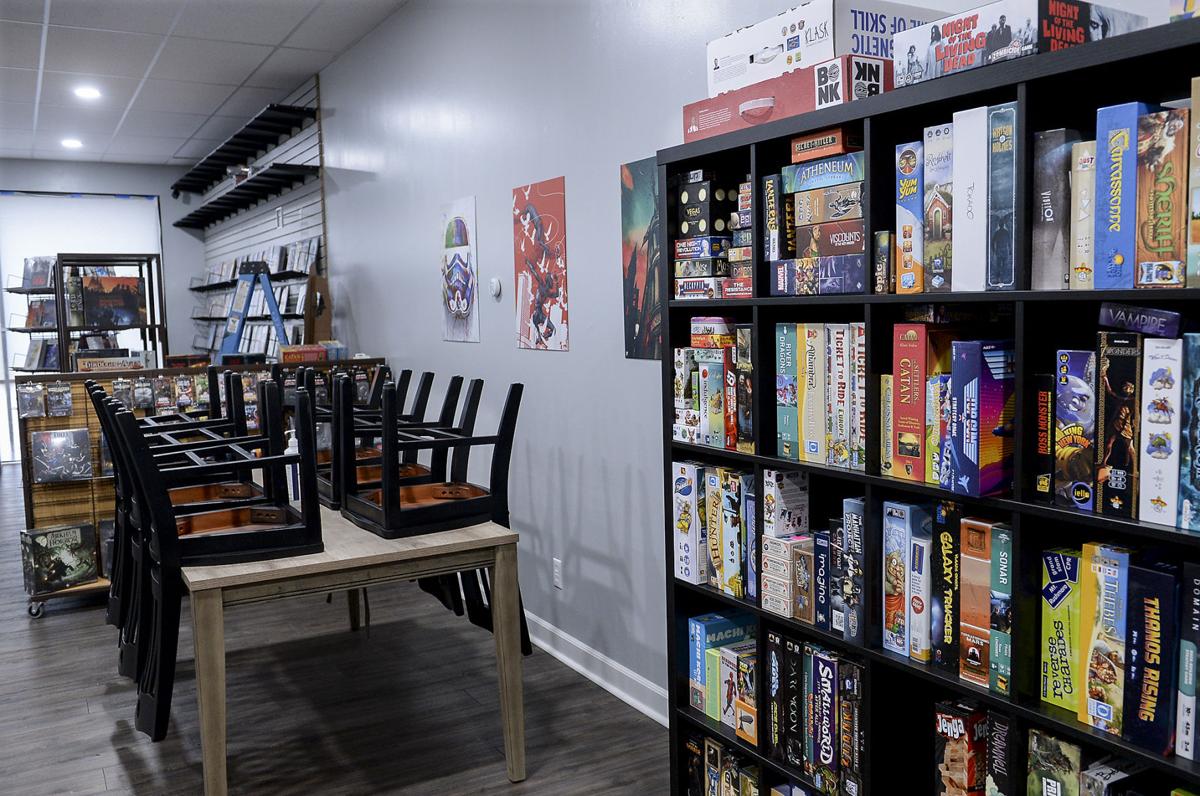 Tables and games available for playing at The Board Room. 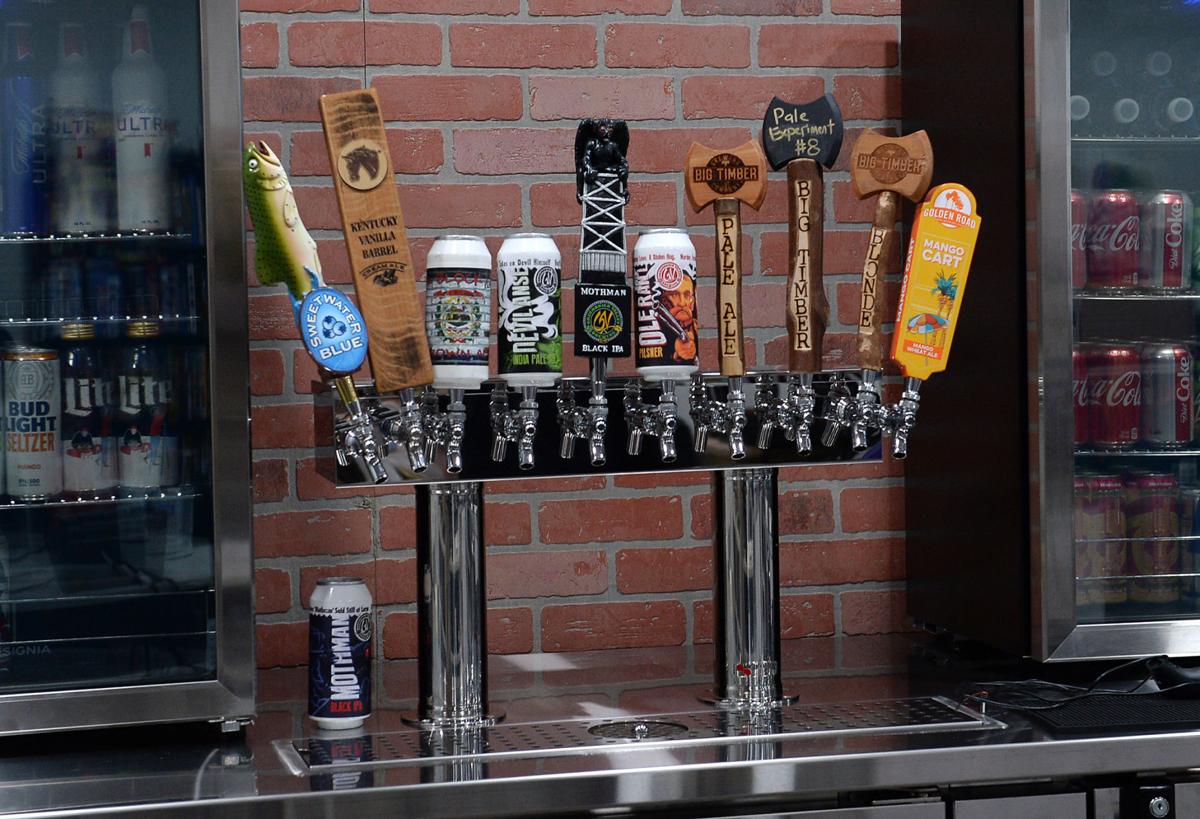 The beers on tap at The Board Room at the Shops at Trace Fork in South Charleston. The game cafe, which mixes board games with beer, opened Friday. 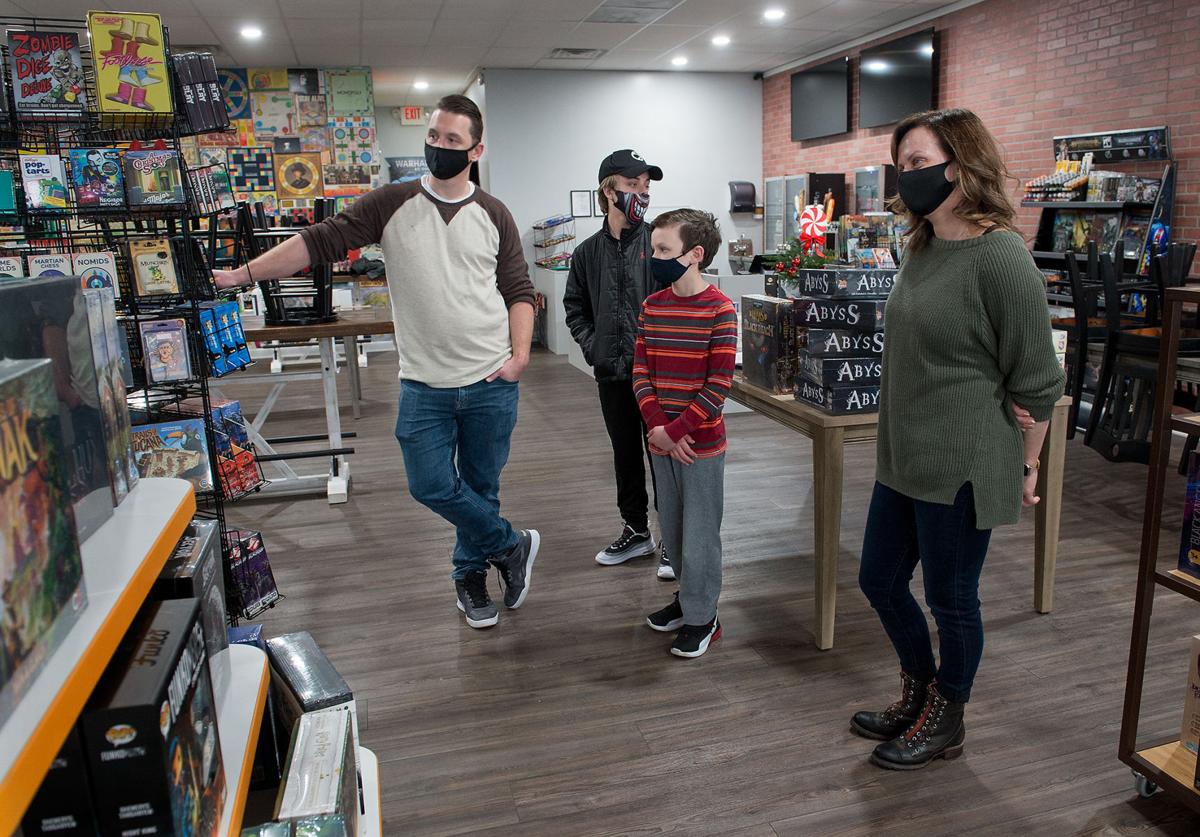 The Board Room owners Josh and Samantha Owens with their sons Landon Dooley, 14, and Samuel Owens, 10. The store and cafe opened Friday at the Shops at Trace Fork in South Charleston.

A wide variety of games are available at The Board Room, a new game cafe that offers games to play, games to buy and beer to drink.

Tables and games available for playing at The Board Room.

The beers on tap at The Board Room at the Shops at Trace Fork in South Charleston. The game cafe, which mixes board games with beer, opened Friday.

The Board Room owners Josh and Samantha Owens with their sons Landon Dooley, 14, and Samuel Owens, 10. The store and cafe opened Friday at the Shops at Trace Fork in South Charleston.

From the outside looking in, The Board Room, which opened Friday near Best Buy at the Shops at Trace Fork in South Charleston, looks like a small comic book and game hobby shop.

Comic books featuring Captain America, Batman, Superman and a wide range of other popular superheroes line the left wall. Nearby are shelves with graphic novels and a few comic book-related toys.

Stacks of new, boxed games rest on display tables — everything from the popular “Settlers of Catan” and “Dungeons & Dragons” to games based on the nightmare universe of H.P. Lovecraft or the movie “A Christmas Story.”

Josh Owens, who owns The Board Room with his wife, Samantha, held up the Christmas movie-themed game, smiling and said, “Look, it even comes with the leg lamp.”

Josh wasn’t entirely sure how to play that one, but Samantha said it wouldn’t take him long to figure it out.

Toward the back of the store, dozens of boards from old games decorate a wall. There’s a “Monopoly” board, another for “Trivial Pursuit,” and the two separate halves of a “Battleship” game. There are many more, belonging to others that only a die-hard board game fan with a long memory would recognize.

To the left are shelves with games customers can play, including “Jenga,” “Reverse Charades” and “Ticket to Ride.” Many of the games for sale are on the loaner shelf, too, for customers to try before they buy.

And to the right, there’s a counter with dice, a few snacks and 10 craft beer taps.

“Seven of them are locals,” Josh said. “We’ve got beer from Greenbrier Valley Brewing, Parkersburg and Big Timber. We believe in supporting local.”

They also carry a variety of beers in cans and hard seltzers, as well as bottled water and a selection of sodas.

“We want to get good coffee here soon,” Samantha said.

But that’s in the works. In the meantime, there’s Starbucks, up the hill at Target.

The Board Room has been a long time coming.

“I’ve always wanted to be a business owner,” Josh said. “Ten years ago, I almost did something like this, but then life happened.”

Besides, they had jobs. Josh is an accountant. Samantha is a human resource director. They were too busy with careers and raising a family to make a business work.

After the couple’s children got older, they started kicking around the idea again and had planned to open up their board game café in the spring, but then the coronavirus pandemic hit. Businesses were shutting down, not opening.

“We were pretty lucky to be able to talk to the bank and to the owner of the building and get them to push things back,” Josh said.

Games are a lifelong passion for Josh. Samantha came to it later, while she and Josh were falling in love.

They met through work more than a dozen years ago.

“We briefly worked at the same place and became friends,” he said.

At the time, Samantha was a single mom with a young child.

“So, we just didn’t really date a lot,” she said. “Josh would come over and he’d bring games. We’d play them in the living room.”

The first game, Samantha remembered, was a board game based on “Dungeons & Dragons.”

“I’m a very competitive person,” she said. “But this was cooperative play, and I was just hooked.”

They played a lot of games together. Eventually, they married, had a child together and began going to gaming conventions, such as Origins, in Columbus, Ohio.

“It was just a little getaway,” Samantha said. “We didn’t have to take the kids.”

At the game conventions, they played more games.

“We met a lot of people at conventions,” Samantha said.

“The games were an introduction and a way to get to know them,” Josh added.

Friendships were easy to make. They already had something in common.

As they went to conventions and explored other cities, they found board game cafes and bar arcades, where friends met over beers to play games.

“You bought the beers, but it was free to play,” Samantha said.

And that’s The Board Room’s business plan. People can come to play. Games are available. They also can get a beer if they want.

Josh saw his game cafe as an alternative to bars.

“Not that there’s anything wrong with bars,” he said. “We’re just different.”

They serve beer, but The Board Room is about atmosphere. It’s about people coming together to play games and socialize.

Josh said, “We’re like Taylor Books. You can go there, look at the books and hang out. You can get a beer, if you want, but kids are welcome there, too. It’s open to everybody.”

In the beginning, gatherings might be somewhat limited. There won’t be a lot of mixing between different groups of friends, but that probably will change as the pandemic winds down.

In the meantime, Josh and Samantha said, they are observing safe practices, keeping things clean and wearing masks.

They hope to draw crowds, one day.

“Eventually, we want to do tournaments and special events here,” he said.

That includes things like tap takeovers, which are usually only done at bars or restaurants.

Local artists might one day show some of their pop-culture inspired work on the walls of the shop.

“We just want to be very local,” Josh said.

on Instagram at instagram.com/billiscap/ and read his blog at