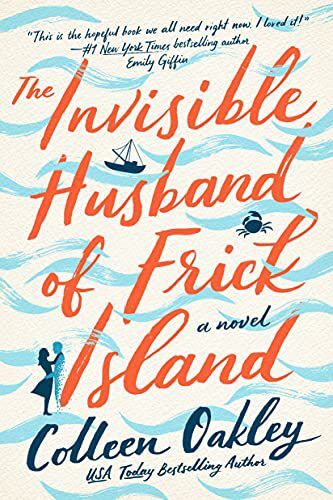 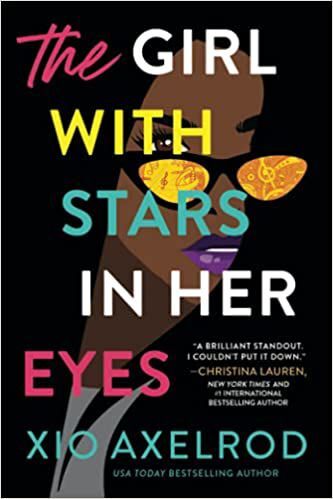 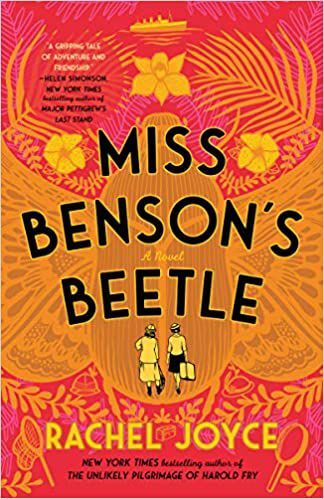 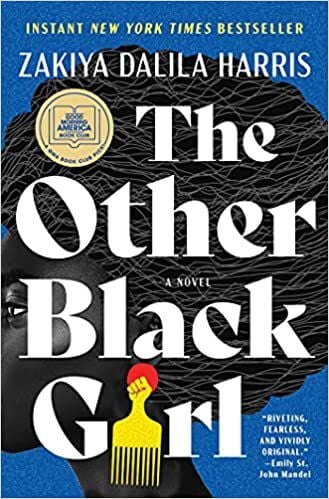 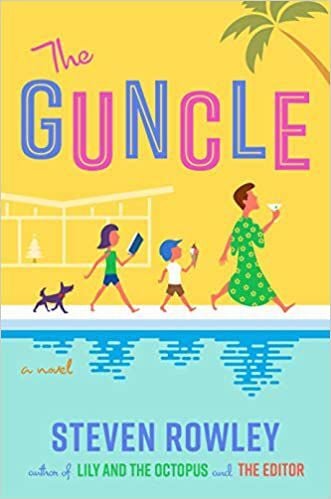 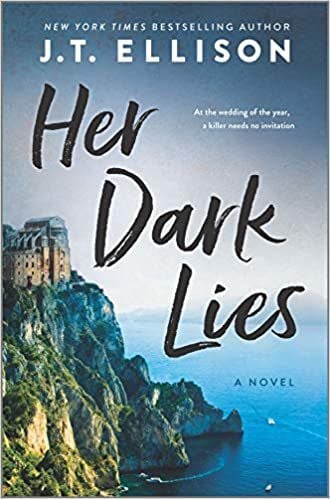 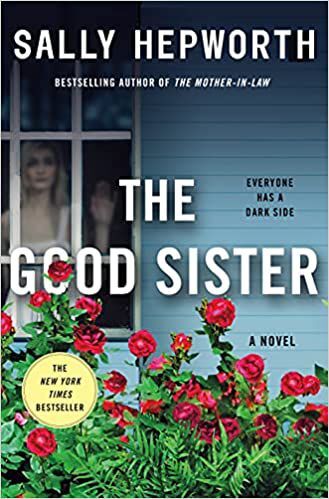 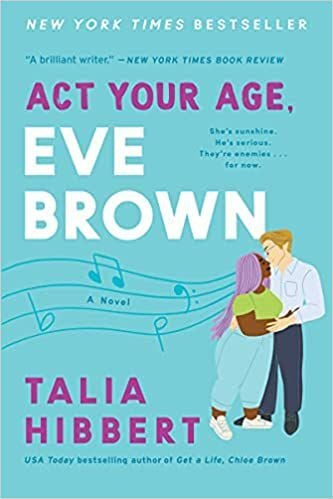 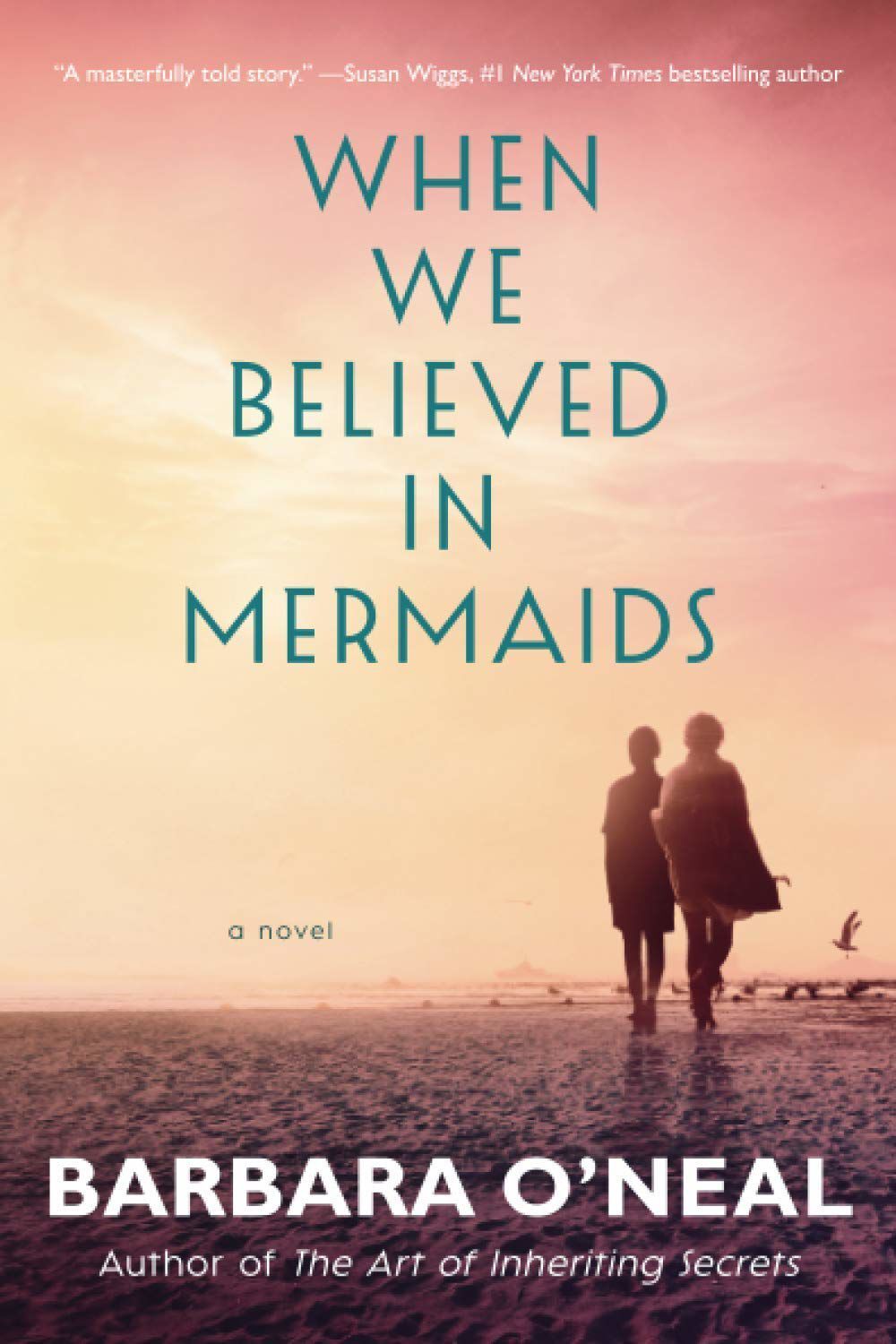 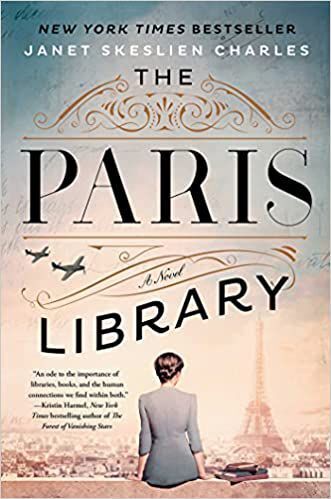 It’s that time of year. The search for your 2021 beach book. A book to read beside the pool or lake or ocean. A book which will be a pleasure to pass the time with, but not too taxing. We have rounded up a variety of titles we hope will fit the bill.

Piper Parrish’s husband disappeared at sea. What is Piper to do but carry on… as if “The Invisible Husband of Frick Island” was still there. The remarkable thing is that the people of her community have such affection for her that they go along with her. All is going well in Colleen Oakley’s novel until a young reporter comes to cover another story and sees this as the story that will make his career. For fans of the feel-good uplift genre.

The Girl with Stars in Her Eyes — Xio Axelrod

Antonia “Toni” Bennett has played the guitar her whole life. As a teen she starts playing with Sebastian Quick, he becomes her way out of town and her romantic interest. When Seb leaves town, he leaves a heartbroken teen. However, she is still “The Girl with Stars in Her Eyes.” Toni is working as an indie artist in Philly, when the call comes about an opening in the band Seb is managing. Xio Axelrod pulls readers in with this fun romance with an ambitious female lead.

Rachel Joyce is a master of the quirky character novel and “Miss Benson’s Beetle” is no exception. Margery Benson is a sensible spinster with a secure job in the hard post-war British economy. She is the last person people expect to chuck it all to look for a beetle on the other side of the world. Margery places an ad for a French speaking assistant to join her on the quest, but Enid Pretty is not who she had expected. Soon the unlikely duo are on their way to the South Seas with two people shadowing them. The novel is part buddy story and part screwball comedy, but 100 percent sure to win over readers.

Described as a combination of “Get Out” and “The Devil Wears Prada,” Zakiya Dalia Harris uses her years in publishing to build the world of Nella Rogers, the only Black employee at Wagner Publishing. So, Nella’s delighted when “The Other Black Girl,” Hazel, joins the firm. What should have been bonding turns to competition when Hazel becomes an office favorite. Nasty notes begin showing up on Nella’s desk telling her to leave. What is going on? And are things and people as they seem? A clever thriller.

Patrick is on the emotional lam. After starring in a successful TV series that ended and the death of his partner Joe, he’s retreated to Palm Beach to “not” deal with his feelings. His world is shaken up after his sister in law passes away and his brother, Greg, goes to rehab. Suddenly “The Gruncle” and his nephew and niece are thrust together. Grant and Maisie and their GUP, gay Uncle Patrick learn to live together and work through it all. Steven Rowley’s latest novel unspools with a light touch, but emotional depth.

Claire Hunter, an artist from Nashville, is about to marry into the powerful and wealthy Compton family. Shortly before her arrival at the family’s Italian villa for the ceremony, renovation workers find a skeleton. Jack, her fiancé, assures Claire that in a country this old, the past is always being uncovered. However, bad things keep happening – like the death of a Compton employee and the hacking of the corporate servers. Claire and Jack try to solve these mysteries, but the wealthy have lots of secrets that they don’t want to come to light. One of those secrets may involve Jack’s first wife. “Her Dark Lies” by JT Ellison is certain to be snatched up by fans of thrillers and Du Maurier.

Nothing says summer like sitting on the beach reading an engrossing psychological thriller. In “The Good Sister”, bestselling author Sally Hepworth weaves a tale of mystery that will keep you guessing through every twist and turn. Sisters Rose and Fern have not let their differences keep them from being close. One of their stark differences is the way they remember their shared childhood. Rose remembers a difficult childhood, while Fern delights in the adventures she had as a child. Secrets long held begin to come to light when Fern decides to serve as a surrogate for Rose. Nothing is quite as it seems in this novel that gives the reader several twists and turns.

Author Talia Hibbert is back with another humorous and engaging story in her The Brown Sisters series, “Act Your Age, Eve Brown.” Eve, the eccentric and scatterbrained protagonist, has been told by her parents that she must start acting like an adult. When she applies for a job, she meets Jacob Wayne, the exact opposite of Eve in every way. The two, to say the least, do not hit it off. Will the two ever find a way to get along? This book checks all the boxes of a great book to read while your toes are dipped in the sand.

When We Believed In Mermaids — Barbara O’Neal

“When We Believed In Mermaids” by Barbara O’Neal delves into the complexities of families and sisterhood. Two sisters, Kit and Josie, spent their childhood as two peas in a pod in their eclectic family, until one day Josie is killed in a tragic accident. At least that’s what Kit thought. Kit’s world is turned upside down when she glimpses her supposedly dead sister on TV. There is no mistaking Josie, a head-turning beauty. Kit will journey halfway around the world in her search to find her sister in hopes of connecting with her again. Her journey will reveal hard truths about family, love, and sisterhood.

If historical fiction is more your idea of a wonderful beach read, you might enjoy “The Paris Library” by Janet Skeslien Charles. Librarians are surely biased, but we tend to love stories about libraries and librarians! Who would have guessed? Alternating between World War II Paris and Montana in 1983, it is the story of a young lady, Lily, befriending her older neighbor. Charles weaves a story that combines the loves of literature, intergenerational friendships, and betrayal.

For more information on these books or others, contact the main branch of the Kanawha County Public Library at 304-343-4646 or visit www.kanawhalibrary.org.