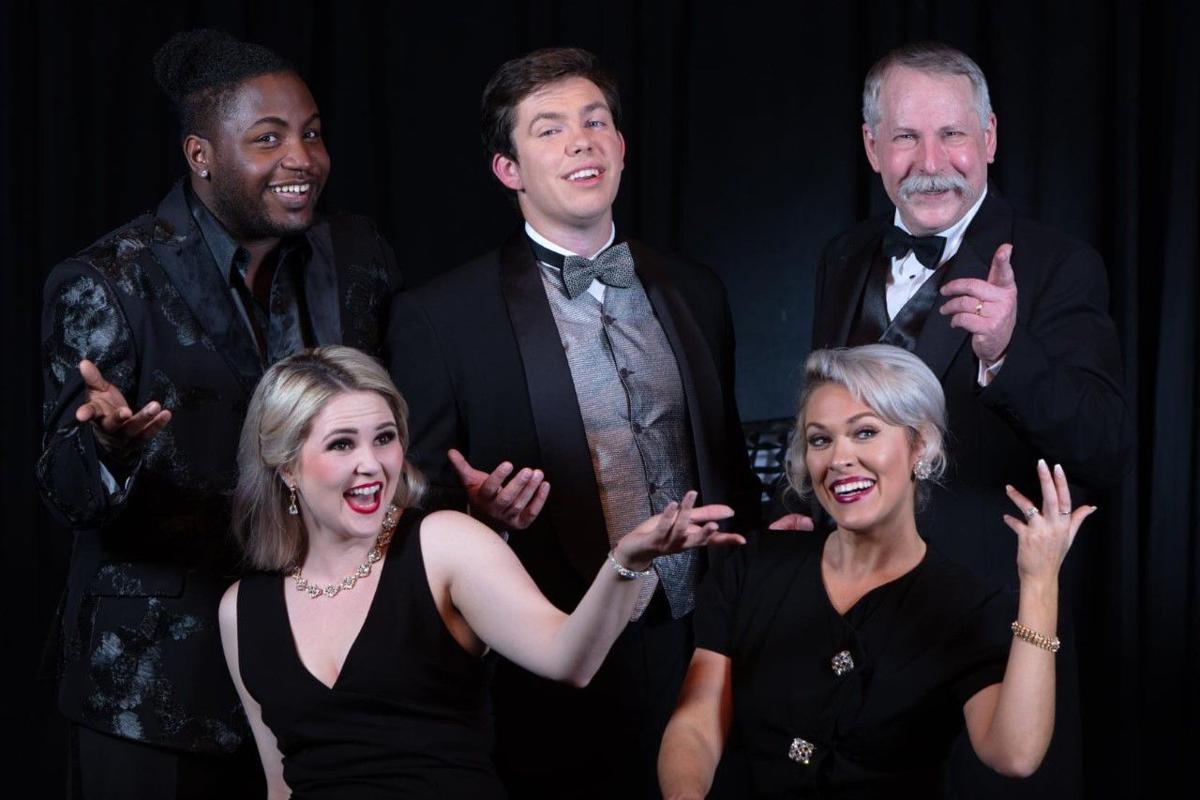 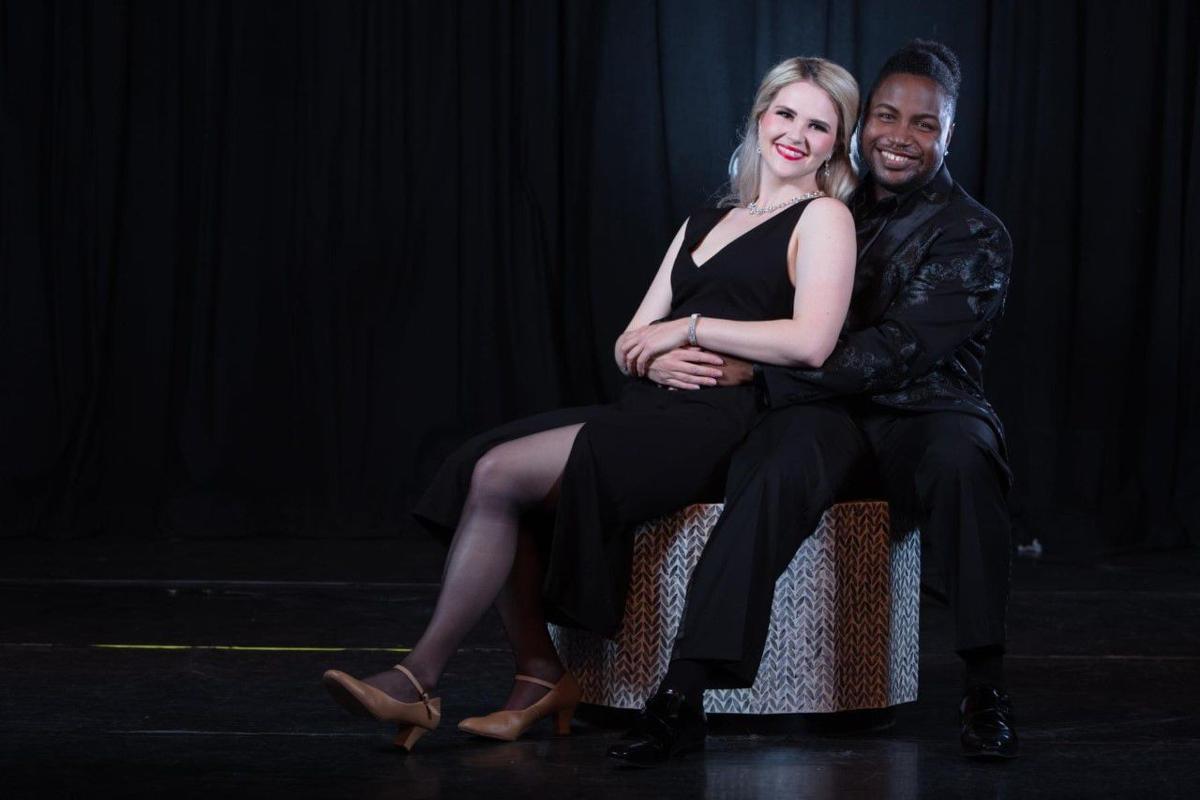 Christa Navy and Cedrick Farmer star as Woman #2 and Man #2 in “Putting it Together,” a “review” of Stephen Sondheim’s music wrapped in an original story. The show opens this week at the Clay Center during FestivALL. 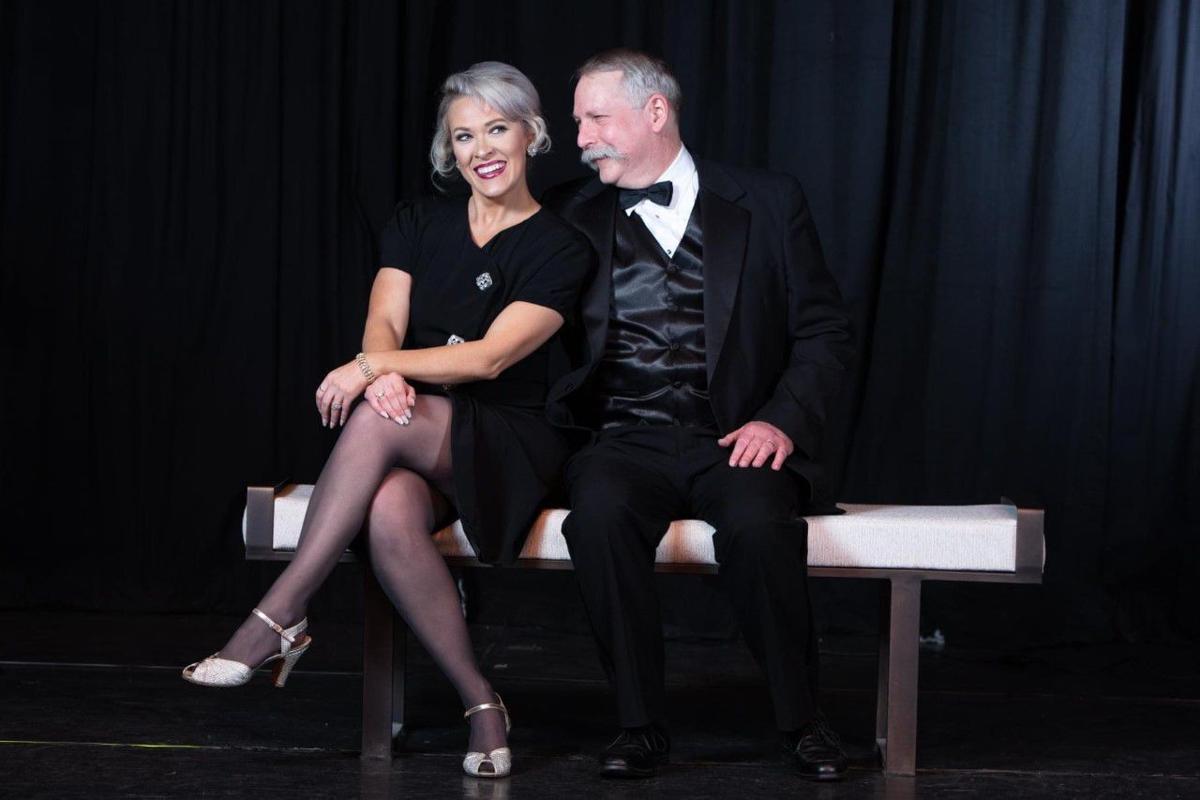 Rudi Arrowood and Chris Terpening return to the stage in Charleston Light Opera Guild’s “Putting it Together.” The pair last starred as Maria and Captain Georg von Trapp in the guild’s production of “The Sound of Music,” the theater company’s only show in 2020.

Christa Navy and Cedrick Farmer star as Woman #2 and Man #2 in “Putting it Together,” a “review” of Stephen Sondheim’s music wrapped in an original story. The show opens this week at the Clay Center during FestivALL.

Rudi Arrowood and Chris Terpening return to the stage in Charleston Light Opera Guild’s “Putting it Together.” The pair last starred as Maria and Captain Georg von Trapp in the guild’s production of “The Sound of Music,” the theater company’s only show in 2020.

After a year and a half since its last show, the Charleston Light Opera Guild returns this week at the Clay Center with “Putting it Together.”

The outdoors show features a small cast, no costume or set changes, few props, and music extracted from 13 of Broadway titan Stephen Sondheim’s catalog of musicals.

“Putting it Together” takes songs from that baker’s dozen of shows and dramatically remixes them into a new story.

“If you know the other musicals, you may see the songs in a different light,” she said. “With the storyline and the theme, in ‘Putting it Together’ the songs maybe have a different meaning.”

As well as a return for the guild to performing, Pasinetti was enthusiastic about “Putting it Together” because the show offered both she and the theater company a different set of challenges.

“Putting it Together” ran off-Broadway in 1993 and featured the return of Julie Andrews to the New York Stage. It ran again on Broadway in 1999 with Carol Burnett, but Pasinetti said she didn’t see either of those shows, which was a little unusual.

“I’ve seen so many shows on Broadway,” she explained.

Prior to COVID-19, Pasinetti made regular trips to New York and to its theaters. Not only is she a lifelong theater fan, the director scouts these shows as potential, future guild productions. She pays attention the Broadway style and look.

“We don’t copy,” she said. “But we certainly pay respect to the original intent.”

With “Putting it Together” Pasinetti just didn’t have the same degree of exposure. Her research was largely limited to a few Youtube videos and a broad knowledge of Sondheim’s work.

“Sondheim changed the course of Broadway, and his work is not the easiest to learn,” she said.

But the show fit the guild’s needs, even if it wasn’t necessarily what the guild tended to prefer –particularly in the summer.

Summer shows can lean toward larger casts with the guild drawing on high school actors and students home from college for the summer.

Nevertheless, novel circumstances require novel solutions, so the guild chose a musical with only a handful of players that was light on extras, including dialogue.

Cedrick Farmer, one of the five actors in the musical, said, “It was basically an opera.”

A little trust was involved.

Understudies weren’t cast. If something came up, if anyone got sick, the whole show could have been derailed, but Pasinetti said her cast was very conscientious. They followed safety protocols, watched their health, and wore special masks that made it easier for the players to sing up until health guidelines said it was OK for them to take off the masks.

Rudi Arrowood said the rigid protocols were worth it.

Arrowood starred in the guild’s only production in 2020, playing “Maria” in “The Sound of Music.”

While Arrowood said she generally takes breaks between shows, not having a show on the horizon hit her hard.

“I developed a lot of hobbies in the downtime,” she laughed.

Once the guild announced it was moving forward with a production in June, Arrowood said she didn’t care what role she got, as long as she got a role.

She said, “Sign me up. I’ll play a hay bale, just whatever. I’m super happy to be back.”

Arrowood landed the role of Woman #1.

None of the characters in the musical have names. Arrowood is Woman #1. Chris Terpening plays Man #1. Christa Navy is Woman #2. Farmer is Man #2 and Jacob Fleck is Man #3.

Farmer said it was good to be back, too. Last year, he’d been finishing up his vocal performance degree from West Virginia State University. Along with concerns about catching ill, the pandemic put a cloud over his musical future.

The guild didn’t get a huge turnout for auditions, Pasinetti said, but attracted some of the best talent the area has to offer.

Everyone was careful and they were serious about the work.

“Nobody called off. Nobody got sick. I don’t think anybody was late to rehearsal,” she said. “It just went very smoothly.”

The entire cast got vaccinated as early as they could, Pasinetti said.

“That wasn’t because of the show,” she added. “Everyone was nervous about COVID. Everybody knew someone who’d had it.”

To take the show outdoors, the guild enlisted the Clay Center’s Susan Runyan Maier Sculpture Garden, which the arts and science center has been developing as an outdoor performance venue.

The sculpture garden also seemed to serve the aesthetic for the play.

“The characters are in evening wear,” Pasinetti said. “The men are dressed in tuxes.”

There had been some concern about rain, she said. June weather in West Virginia is routinely fickle. Downpours, freak wind or scorching heat are all possible and almost impossible to predict weeks or months out.

Pasinetti said they had rain dates available for missed shows and thanks to changes in the health guidelines, the ability to move the production indoors, if necessary.

As the show crept toward opening night, she said it finally felt like things were getting easier, that things were moving toward if not exactly normal, better than they had been.

Restrictions were loosening and there was a feeling of relief.

“The important thing is that we’re getting back to what we’re supposed to,” she said. “We’re here to entertain and provide an outlet for performers.”

Golf: Will youth be served again at West Virginia Amateur?

Betty Rivard: After everything, we are still free