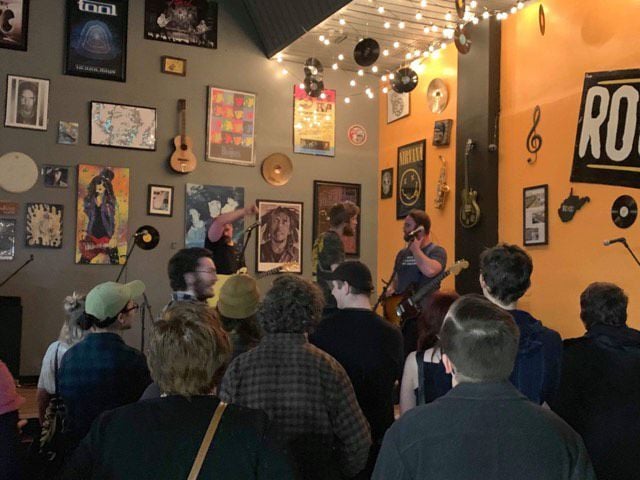 The first concert the Charleston Music and Arts Collective held at Rock City saw performances from a mix of local and regional bands, with around 80 in attendance. 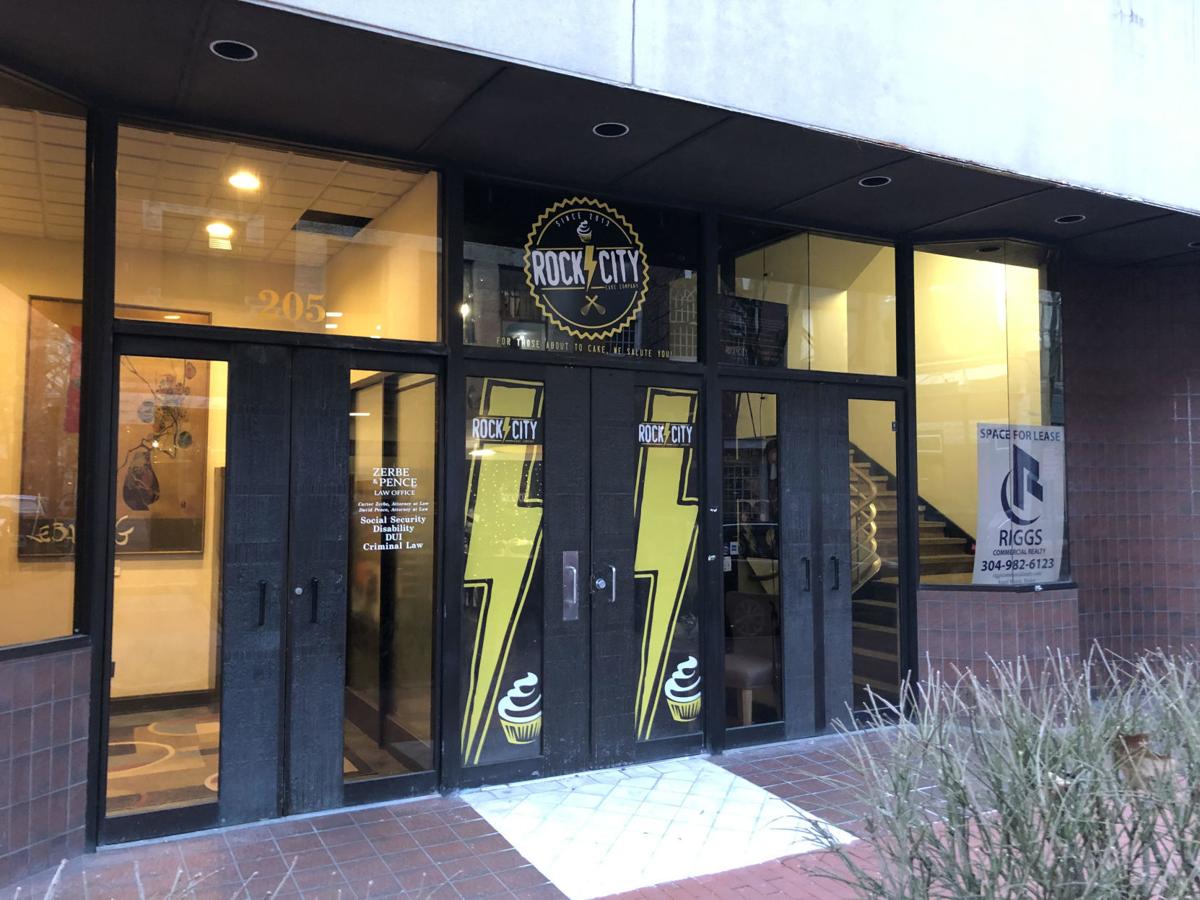 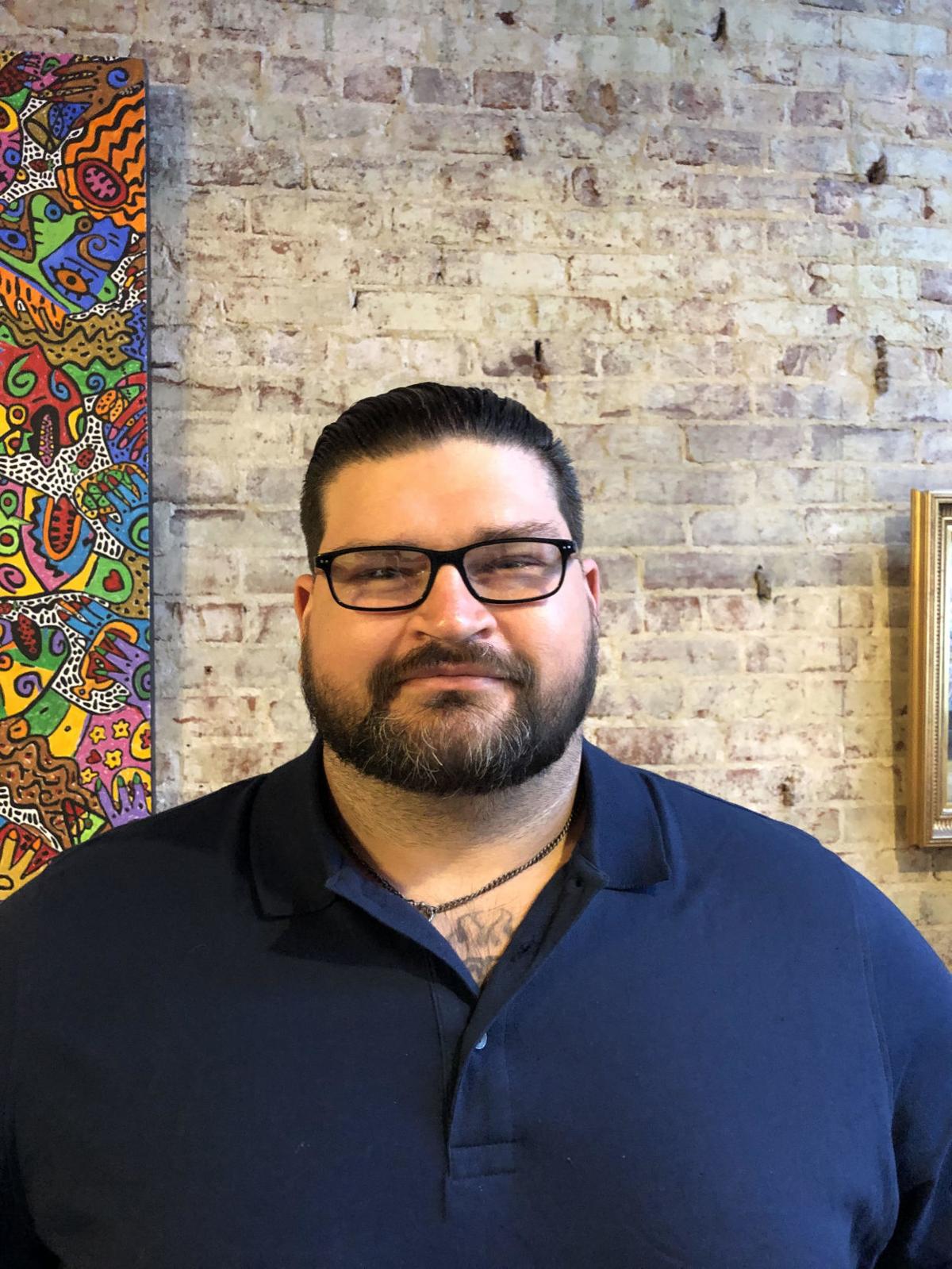 The first concert the Charleston Music and Arts Collective held at Rock City saw performances from a mix of local and regional bands, with around 80 in attendance.

For the Charleston Music and Arts Collective, the last 17 months have had more twists and turns than a Jimi Hendrix guitar solo.

After forming in the fall of 2017, CMAC is no longer promoting shows at music venue The Bakery, and has now found a home at Rock City Cake Company.

The collective and the place they sometimes played have occasionally been confused for each other. CMAC is a group promoting awareness of and support for musicians, while The Bakery is an old bread factory located at 1007 Bigley Ave., in Charleston. Until February, it housed music and other events.

“The Bakery was a place,” said Tom Martin, CMAC director. “We’re more than a place; we’re a group of people, and we’ve got a lot of great projects coming up.”

The story of how a collective came into existence, found what seemed to be the perfect venue, then had everything fall apart is a cliffhanger. And it’s ready for its next act — the comeback story.

What became known as The Bakery had for decades housed the Purity Baking Company, which was founded in 1919. After the company closed, the building was used as a rental space for various musicians and theater groups for about 20 years.

“It didn’t start getting called ‘The Bakery’ until after CMAC started running the venue,” Martin said. “Prior to that, it had just been the bread factory.”

With a tenant dropping out in 2017 and the future of the nostalgic building uncertain, a way to raise money was needed.

“There were a lot of musicians in the building, and they all banded together to see what they could do to help,” Martin said. “It ended up going from the idea of having some events to fund raise, to ‘Well, we need an all-age music venue in town.’ That’s what the focus shifted to.”

The CMAC was formed, and they became tenants in the bread factory. Looking for a hook, the building unofficially became known as The Bakery. Then it became official.

Getting The Bakery ready for shows was CMAC’s first priority. A new stage needed to be built, as the previous one had been made for children’s theater.

“Their stage was only one foot off the ground, since they’re kids,” Martin said. “CMAC built a pretty large stage. As a musician, I’ve played on a lot of different stages, and that is really one of the nicest ones around.”

More work needed to be done in order to get the building compliant with Charleston fire and safety code. Martin notes that The Bakery, which had an occupancy of 499, had been given some leeway in the beginning, because they were in communication with Charleston officials and were trying to do something good for the community.

While working to make the necessary repairs, including a new fire exit and a wheelchair ramp, CMAC held around 40 shows over the course of about a year — everything from local and touring musicians, to comedy groups. But, then the hammer dropped.

“One thing led to another, and the city came in and told us that we couldn’t have events there until it was brought up to code,” Martin said.

Getting up to code

One of the biggest concerts in The Bakery’s history was scheduled for July 24, 2018. Trivium, a heavy metal band from Florida that has released nine albums, selling over 1 million copies, was set to perform.

Amanda Fitzwater, who is now the CMAC secretary, was working that night as a promoter. She did not expect anything out of the ordinary to happen.

“We were getting ready to open the doors for the VIPs, and the fire marshal came in and shut us down,” Fitzwater said.

Jaimie Hager was waiting outside the doors that night, in line to get in for the concert. She described an atmosphere of chaos and confusion.

“About 15 minutes before the doors were to open, a volunteer walked out and was telling everybody, ‘The concert has been moved to the Charleston Municipal Auditorium,’” Hager said.

People got in their cars and headed over, only to find the doors locked.

“It was obvious that nothing was going on there,” Hager said. “Running into other fans at the mall, it was confirmed that nobody really knew what was going on.”

She headed back to The Bakery to find answers.

“The band was out in the parking lot taking pictures, signing autographs and hanging out,” Hager said. “They said they were bummed about the situation, and that it looked pretty hazardous inside. They also told fans that they hoped the situation got cleared up for The Bakery soon.”

The CMAC board members met shortly after the cancelled concert to come up with a plan.

“We called the city and said, ‘It is what it is, we’d like to go over everything with you,’” Martin said. “We had a walk-through with them and revised our business plan. We took out walls, and expanded them in one area. We finished the ramp. The city was accommodating with us, and helpful.”

The community stepped in to help out. Over the course of the next six months, there were roughly 60 volunteers who helped — from Fitzwater’s 7-year-old daughter to a 70-year-old Vietnam veteran who serves on the CMAC board.

“We’re a nonprofit, so we can’t afford to pay anybody,” Martin said. “Every bit of money we’ve received has been used to either help with the building or to pay the rent and help put on events. No one has ever profited from this, even a little bit.”

Repairs were made to some of the walls inside The Bakery. The electrical work was completely redone. A fire exit was added. The wheelchair ramp was completed. An ADA-compliant bathroom was installed.

“It’s probably one of the safest places in the city now,” Martin said.

To make the repairs, including labor and materials, cost around $100,000.

“With everything we did there, we probably could have built a space in a field for the same amount of time, money, and energy,” Martin said.

The fire marshal inspected The Bakery on New Year’s Eve. It passed, and CMAC was allowed to have a concert that night. Three more events were held in The Bakery, the last on Feb. 9. More were planned. Things seemed to be back on track — until they met the new landlord. Three days after the final show, their lease ended.

“We had known that the building had been for sale, but, it had been for sale for 20 years,” Martin said. “There hadn’t been much interest in it, but it was really, probably, because of our involvement that somebody did come in. But, regardless.”

A group of investors purchased the warehouse that also held The Bakery for $2.5 million, and has plans to convert the building into a dinosaur-based science center.

CMAC was no longer tenants as of Feb. 12. Asked why they are no longer staging shows at The Bakery, Martin said, “The official answer is that we cannot agree to terms on the lease.”

A less official statement was posted to the group’s Facebook page on Feb. 15.

“The people that comprise the Charleston Music and Arts Collective poured their combined blood, sweat, and tears into the section of the building ... known as The Bakery ... we have been unable to come to an agreement with building management and we will be vacating the space we painstakingly devoted our lives to for the last year and a half. It is unfortunate, but it is what it is,” the post read in part.

“In the mean time, the amazing people at Rock City Cake Company have been gracious enough to host the events that we have scheduled, and will be collaborating with us!”

“It’s kind of ironic that we’ve moved from one bakery to another,” Martin said. “Morgan [Morrison, co-owner of Rock City Bakery] has been a supporter of us for a long time; she’s a fantastic person.”

The first event at Rock City was held Feb. 22, with around 80 people in attendance to see a mix of local and regional bands. The next show is currently scheduled for May.

“They have built their space into an outstanding all-ages music venue,” Martin said. “It’s a nice place, and it sounds great in there. It’s going to be an amazing space for the community.”

When CMAC began hosting shows at The Bakery, they quickly learned the importance of having an all-ages venue for children in the area — to both watch and make music.

“For young kids, aspiring artists or musicians especially, they don’t have a place to show off what they’re working on,” Martin said. “Unless you’re over 21, you can’t play at any bars around here, and there’s not really any opportunities for younger kids to play music or perform.”

Kate Carter, CMAC treasurer, said that her career as a social worker helped her get involved with the collective.

“When we would have teenagers who had issues with drugs, or truancy, or whatever, it’s constantly an effort to find something for them to do,” Kate said. “There’s sports and various groups, but not all kids want to do those things. There’s nothing else like CMAC in our community that’s easily accessible for them. That’s one of the reasons I became involved, and I’ve seen a lot of good come from that.”

The relationship between CMAC and Rock City is a temporary solution, and the collective is still searching for a permanent home.

“If there is anybody who knows of a place that has around a 500-person capacity, let us know” Martin said. “We’ve thought about finding an old church or something along those lines. We have a lot of different ideas. If any property owners want to do something with their building, get in touch.”

Getting in touch with the community is something that CMAC would like to become more involved with.

“We want people to know that we’re not a closed off sector,” Fitzgerald said. “We want the community to come to us with ideas about what they want to see. We try to encourage people to email or message us on Facebook. We haven’t really had a lot of feedback lately, but we want artists, kids, or whoever to tell us what they do want to see. That way, we can work on it and see if it’s feasible.”

CMAC can be reached by email at cmacbakery@gmail.com and found on Facebook by searching “Charleston Music And Arts Collective — The Bakery.”

Regarding the future of CMAC, Martin wants the community to be patient, and involved.

“We’re too stubborn to give up,” Martin said. “There is a whole lot more that we have planned, and we should be unveiling some of that very soon. Stay positive and we’ll persevere.”

Pat White a QB before his time

You Can Help Save A Life

A Change Of Heart On COVID-19 Vaccination