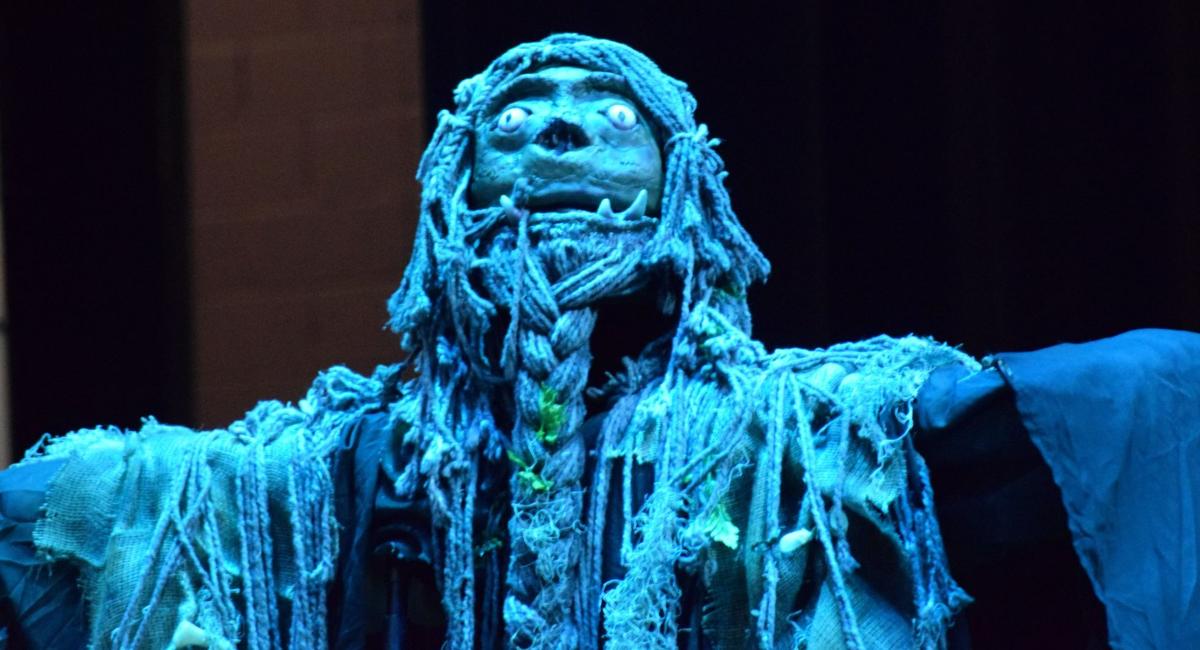 For its latest streaming production, “Wiley and the Hairy Man,” the Children’s Theatre of Charleston features a 10-foot-tall puppet controlled by three puppeteers. 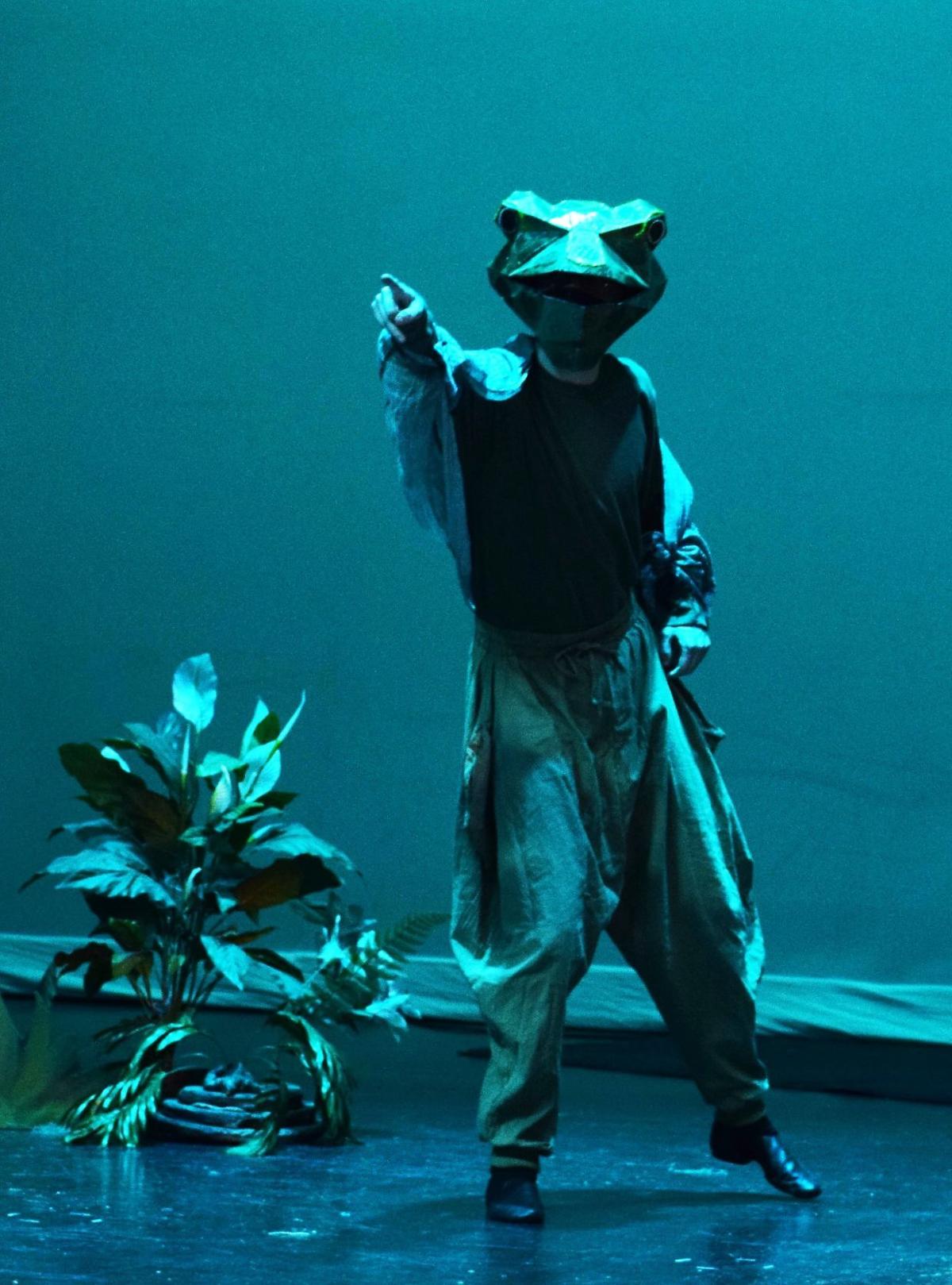 Children’s Theatre of Charleston actor Jacob Walker is seen during a performance of “Wiley and the Hairy Man.” Director Leah Turley said the troupe incorporated the need to wear face masks into the program’s storytelling.

For its latest streaming production, “Wiley and the Hairy Man,” the Children’s Theatre of Charleston features a 10-foot-tall puppet controlled by three puppeteers.

Children’s Theatre of Charleston actor Jacob Walker is seen during a performance of “Wiley and the Hairy Man.” Director Leah Turley said the troupe incorporated the need to wear face masks into the program’s storytelling.

No one could ever accuse Leah Turley of lacking ambition. The area theater director and drama teacher likes to think big, so she gravitates toward odd, challenging and sometimes uncomfortable productions.

Still, it’s likely no one expected her to come up with a 10-foot-tall “monster.”

This weekend, the Children’s Theatre of Charleston will begin streaming “Wiley and the Hairy Man,” which was recorded last week. The show features a cast and crew of young performers, as well as a 10-foot-tall puppet controlled by three puppeteers.

Turley said when she saw the show, based on an African-American folktale from the Deep South and written by Suzan Zeder, she knew it would connect with West Virginia.

“The playwright wrote a note saying to please adapt this for your culture,” Turley said. “And she specifically mentioned Appalachia.”

The giant puppet sealed the deal.

Big, in this case, would be a challenge. Turley said she felt her troupe would be up for it.

“I realized as an actor of 35 that I didn’t get to do any of the cool stuff, the weird stuff until I was very old,” she said. “I thought, why do we have to wait so long to do the interesting stuff, like movement or Greek tragedy?”

Youth doesn’t have to be wasted on the young, so Turley challenged her young cast and crew. They would get direction and support from the adults, but the show was theirs. Not only were they the actors on stage, they also took over music and sound effects.

With the help of Mariah Plante, the Children’s Theatre built the giant, Hairy Man puppet, which takes three people to operate.

Turley and the Children’s Theatre are veterans of producing shows during COVID-19; Turley said she’s directed five or six shows since last summer. Turley said they have been following the recommended guidelines, maintaining protocols for social distancing and keeping everything clean.

On stage, actors wear masks for the show, both during rehearsals and for the taping.

“COVID forces you to make some choices,” Turley said. “Either you incorporate masks into part of your production and in the costume design or, like in ‘Anne Frank’ last month at the Alban, you ramp up testing and monitoring.”

The Children’s Theatre decided to make masks part of the show.

“They became a very important part in the storytelling,” Turley said.

Turley said she was proud of the show and the Children’s Theatre company.

“I don’t know that I’ve worked with a group of children as dedicated about what they do,” the director said. “They’re remarkable collaborators and have great attitudes.”

She added, “This is the most beautiful play I’ve produced, so far.”

The Children’s Theatre of Charleston’s production of “Wiley and the Hairy Man” is available to stream Friday through Sunday. Tickets are $10 for students, $15 for adults or $30 for a family. For more information, visit www.ctoc.org.