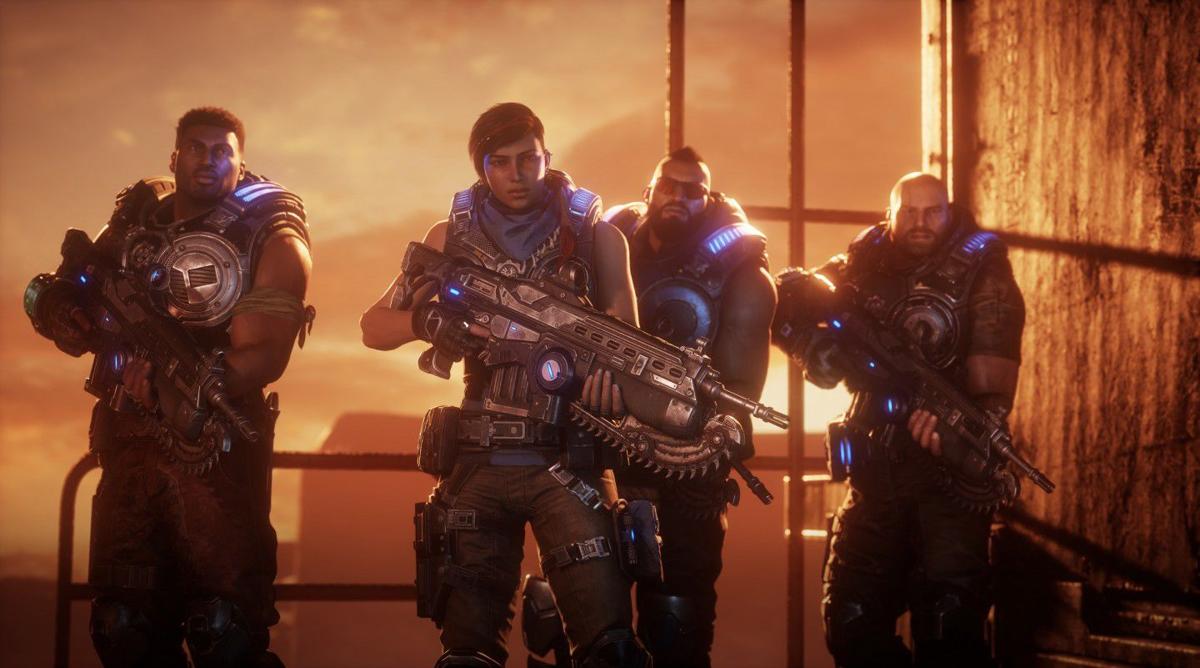 Gears 5 takes the title of best video game of the year for 2019. 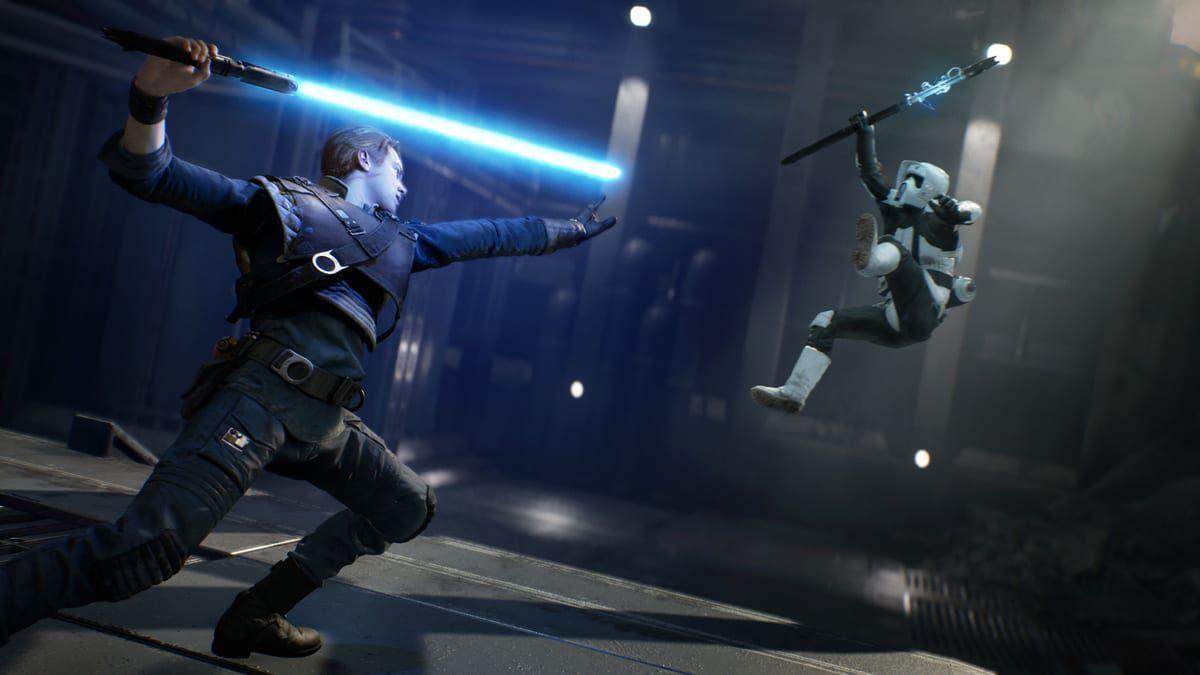 EA’s Star Wars Jedi: Fallen Order was one of the biggest surprises of 2019.

Gears 5 takes the title of best video game of the year for 2019.

EA’s Star Wars Jedi: Fallen Order was one of the biggest surprises of 2019.

Video game fans were treated to a year filled with sequels, remakes and reboots in 2019. Given the final year of the decade also marked the beginning of the end for the current crop of home consoles, the notion of revisiting familiar franchises one last time isn’t altogether surprising. And a number of original titles arrived as well, both from small independent studios and established publishers.

As the calendar turns to 2020, here’s a look back at my top 10 games from the past year — and bonus picks for my games of the decade:

There were high expectations for the final chapter in this trilogy that began in 2002, and Kingdom Hearts 3 didn’t disappoint. This action-RPG managed to evolve its combat system to fit in with modern genre standards while maintaining the same heart that helped draw a generation of gamers to the franchise in the first place.

Developer FromSoftware launched a new subgenre of games early in the decade with its Dark Souls franchise. Its most recent offering eschews the gothic environments of that series in favor of feudal Japan, while adding an element of stealth to the familiar challenge of Souls-like combat. Those tweaks, along with some brilliant level design, makes Sekiro one of the year’s best action games.

In the five years since Gearbox Software launched the last entry in the Borderlands franchise, the loot shooter genre it helped establish has grown crowded. But with a cast of memorable characters, a story told with an incredible sense of humor and more guns than you can shake a CL4P-TP at, Borderlands 3 easily retains the crown.

What does it take to make a decades-old horror game relevant in 2019? Start with a good story, then rebuild everything around it from the ground up. The new visual and audio presentation gives the game a modern feel and really serves to increase the tension during those encounters with the still-terrifying-after-all-these-years Tyrant. I look forward to seeing Capcom continue with these remakes of classic Resident Evil titles in the new decade.

After a number of swings and misses in recent years, Activision’s juggernaut first-person shooter series returned to its roots and delivered the best entry in the franchise this console generation. A campaign built around familiar characters like Captain Price was certainly the highlight, but the multiplayer suite, which offers a mix of competitive and cooperative modes, was a welcome addition, too.

While Sony and Microsoft have turned their collective attention to next-gen consoles due out later this year, Nintendo continues to deliver great games on the Switch. And none were better in 2019 than Luigi’s Mansion 3, which marked the series’ first new entry since 2013. With its trademark charm and sense of humor, this ghostbusting adventure is a ton of fun.

The first game from legendary Metal Gear creator Hideo Kojima since his departure from Konami is certainly ... different. That’s not a bad thing, but it makes this entry likely the most divisive game on this list. I found the story of Sam Porter Bridges and his mission of reconnecting a post-apocalyptic America to be fascinating, despite the insane amount of backtracking and fetch quests involved. Death Stranding may be hard to explain and even harder to love, but there’s no denying it’s one of the year’s best games.

What’s not to love about a game that can best be described as “Fallout in space”? Developed by Obsidian, which created sequels to both Fallout 3 and Star Wars: Knights of the Old Republic, this inspired take on traditional role-playing games borrows heavily from past efforts while still managing to carve its own path in the genre. Filled with enjoyable side quests and some unforgettable NPCs, this jaunt through the galaxy is the perfect way to waste a few dozen hours.

If your predictions for 2019 included a terrific third-person action game set in the Star Wars universe, the Force is strong in you. Respawn Entertainment, creators of Titanfall and, more recently, Apex Legends, delivered just that with this tale of Cal Kestis and his fight against the Empire in the wake of Order 66. Fallen Order introduces new worlds and characters alongside familiar faces and places, all while testing players with its Souls-like combat infused with all the lightsaber thrills and Jedi powers one expects from a Star Wars game. With any luck, this is the start of a decade full of great Star Wars games.

With apologies to Master Chief, Gears of War has supplanted Halo as Microsoft’s flagship franchise, and this latest entry reinvents the series with a new cast of characters and fresh gameplay mechanics. In its campaign, Gears 5 hits familiar story beats of family, loyalty and friendship while setting up the series for the future. Marcus Fenix and the old guard are still around, but it’s clear the series is prepared to move forward with J.D. Fenix and Kait Diaz in leading roles. Combat still feels great after all these years, and the move to a more open level design gives Gears 5 a sense of size and scope that we’ve not seen before in the series. The multiplayer options remain best in class, whether you prefer traditional versus modes, the always entertaining Horde mode or the new cooperative Escape mode.

With both a fantastic campaign and a bevy of multiplayer options, Gears 5 stands out in a year full of solid releases. For this reason, it stands as my Game of the Year.

A quick glance at the list of video games released and franchises launched during the 2010s reveals just how important that 10-year span was to gamers. From Minecraft and Red Dead Redemption to Grand Theft Auto 5 and Rocket League, the games of the 2010s broke down barriers and welcomed a whole new generation of players, in many cases changing how games, themselves, were both viewed and played.

Choosing just one to represent the greatness of an entire decade may seem like a fool’s errand, but that’s never stopped me before. As I looked back on the games I enjoyed most during that period and the ones that made a lasting impact on both the pastime and pop culture, however, it became clear that trying to narrow the thousands of releases to only one was hopeless. But 10? Yeah, I could totally do that.

Without further ado, here are my top 10 games of the 2010s (in no particular order):