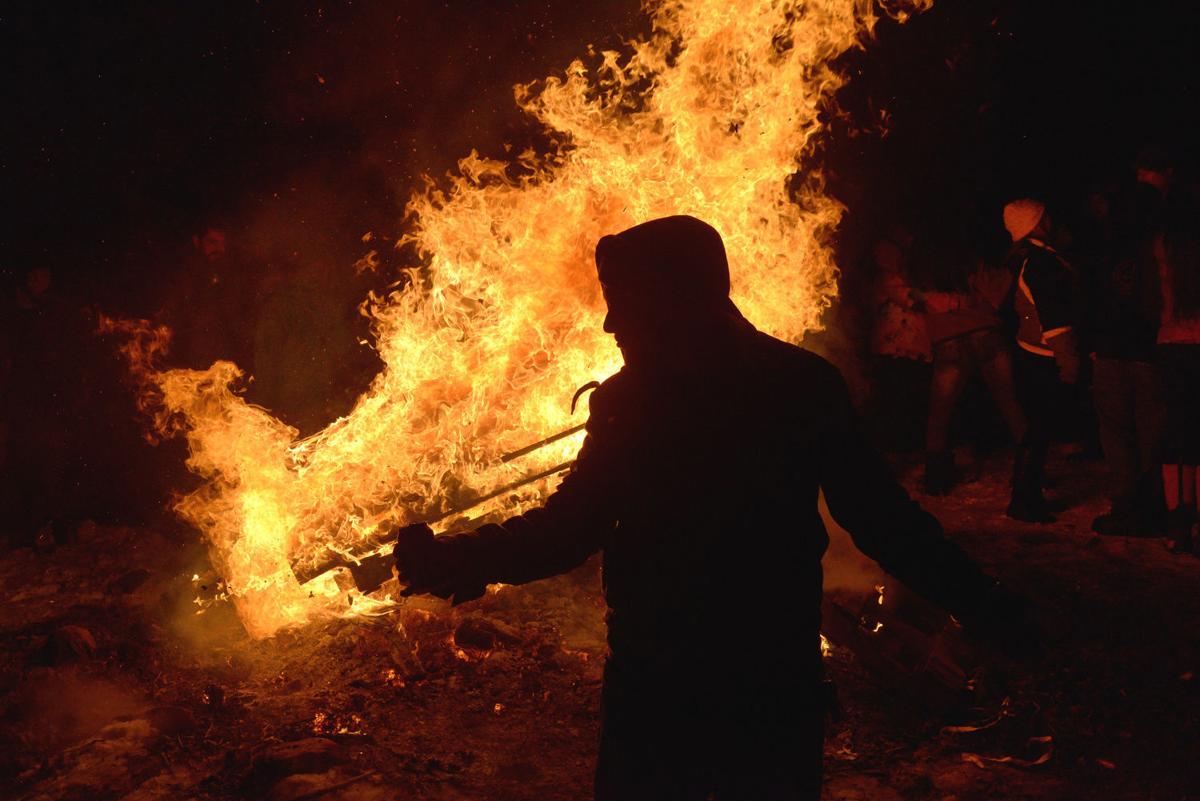 A photo of the Fasnacht celebration in Helvetia taken by Pat Jarret is part of “Looking at Appalachia,” a photo exhibit currently being shown at the Clay Center in Charleston. 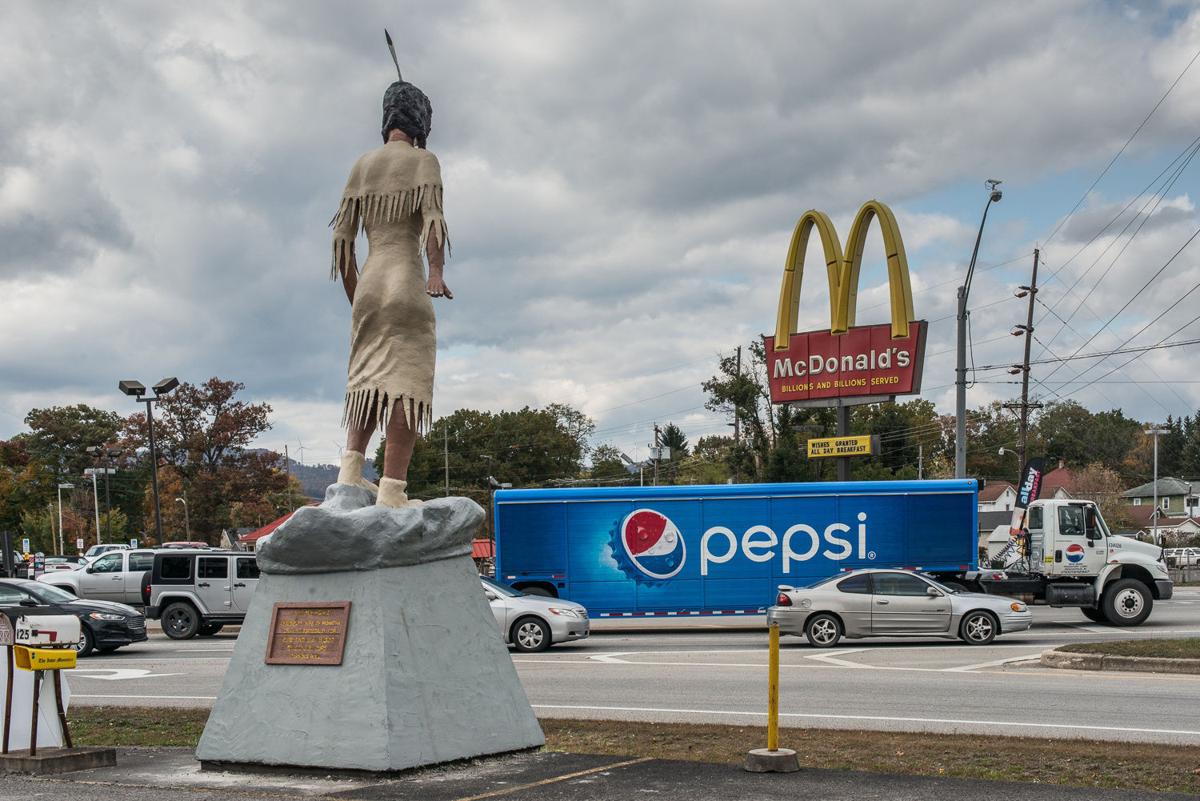 A photo by Nate Larson is part of “Looking at Appalachia,” an exhibit currently being shown at the Clay Center in Charleston. The exhibit shows many different scenes from across the Appalachian region. 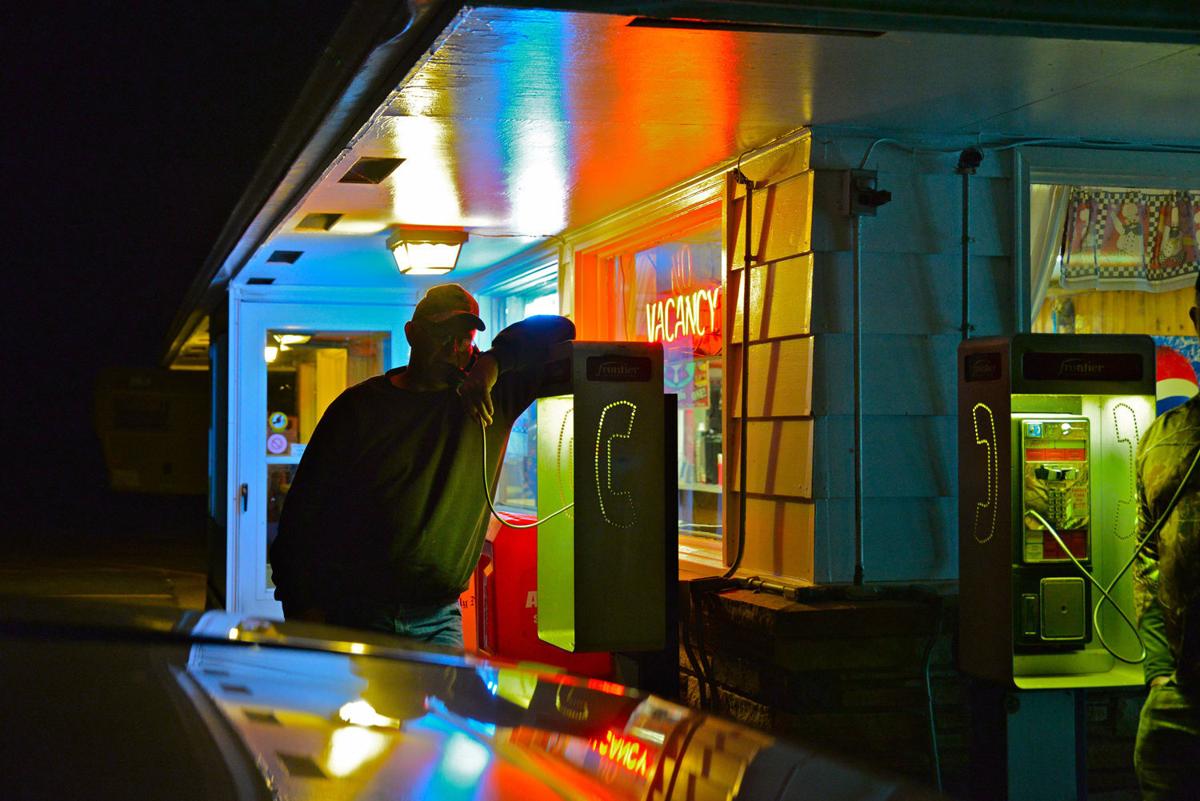 “Looking at Appalachia” was started by Roger May in response the the 50th anniversary of the “War on Poverty.” It’s a collaborative community project featuring photographers from all over. This photo is by Dennis Savage.

A photo of the Fasnacht celebration in Helvetia taken by Pat Jarret is part of “Looking at Appalachia,” a photo exhibit currently being shown at the Clay Center in Charleston.

A photo by Nate Larson is part of “Looking at Appalachia,” an exhibit currently being shown at the Clay Center in Charleston. The exhibit shows many different scenes from across the Appalachian region.

“Looking at Appalachia” was started by Roger May in response the the 50th anniversary of the “War on Poverty.” It’s a collaborative community project featuring photographers from all over. This photo is by Dennis Savage.

Photographer Roger May doesn’t want to be critical of his own exhibit, but something about “Looking at Appalachia” feels unfinished to him.

May said, “With some projects, you don’t start them with an end in mind. You don’t know how it’s going to evolve or even what the projects strengths and weaknesses are when you begin.”

The photo exhibit, which takes a multifaceted look at a wide swath of Appalachian images, opened last week at the Clay Center in Charleston, doesn’t represent nearly as much of the region and the people as he would like.

The images don’t show all the diversity that is Appalachia.

“I haven’t done a deep dive into the makeup of our makers’ ethnicity and gender, but I would guess we’re behind where we want to be with diversity,” May said. “Even our board is largely white and mostly male.”

He wants that to change. He said his board is trying to expand and be more inclusive. They’re also reaching out to find more photographers of color and get more images that show communities and people that would beyond what might be considered the white mainstream.

May said they don’t want to leave anyone behind.

“We want this to be a project that people can see themselves in,” he said. “We can do better.”

May started “Looking at Appalachia” in 2014, during the 50th anniversary of President Lyndon B. Johnson’s “War on Poverty.”

“At the time, I was living in North Carolina and thinking about all the changes over the past 50 years and how Appalachia might look different or didn’t look different,” he said.

May said that he wanted to approach the project through a “lens of community” and reached out through the people who followed him on the social network Instagram. He explained his idea and what he hoped to do with it.

All photographers were welcome to submit — amateur or professional.

“If you’re interested, let me know,” he told people.

“That first year, we had a lot of submissions,” he said. “And the board selected about 300 images to use.”

That kind of volume worked online, but May explained that 300 was far too many to use in a physical exhibition. He and the board settled on showing 72 prints, which seemed more manageable.

“Looking back, that doesn’t seem more manageable,” the photographer said.

They needed to scale down.

“Looking at Appalachia” traveled for the next couple of years, went to a dozen different locations, most of them in Appalachia before May organized a new exhibit in 2018.

“We showed that in 2019,” May said. “It went to the Massillon Museum in Massillon, Ohio, and then to Athens, Ohio, and Ohio University.”

That’s where it paused for a while due to the COVID-19 pandemic.

“Not much was moving for a while,” he said. “But we’re excited to have ‘Looking at Appalachia’ in West Virginia and at the Clay Center. It’s such a great space.”

“Looking at Appalachia” is a living thing. Each year, May and his board take submissions from photographers shooting pictures in the region. They follow a calendar year, accepting new work from January to December.

“I’m a little relaxed about the end of December,” he said. “It’s probably alright as long as it was shot during the year.”

May was curious about what he would see as he looked at photos from this year. A lot has happened in 2020 already, though May said he hasn’t been doing a lot of creative work.

“I did an assignment earlier in the year for Huffington Post during the early part of COVID, but mostly, I’ve just been adjusting my pace,” he said.

May moved from Kanawha to Lincoln County in the spring and said he’d been working on his new home.

“I’ve really just been learning the lay of the land,” he said. “It’s been kind of a fallow period for photography for me.”

There might not be much new work for him in the coming months. Winter was more of a planning and shaping time for him as a photographer. May said he was already kicking around a couple of ideas for photo books, but those probably wouldn’t start moving until spring.

“Right now, I think I’m just trying to get to know my home,” he said.

“Looking at Appalachia” runs through the end of the year.