Kelton Boblits started playing piano at age 6 but didn’t discover his love for old-time music like ragtime until a few years ago. 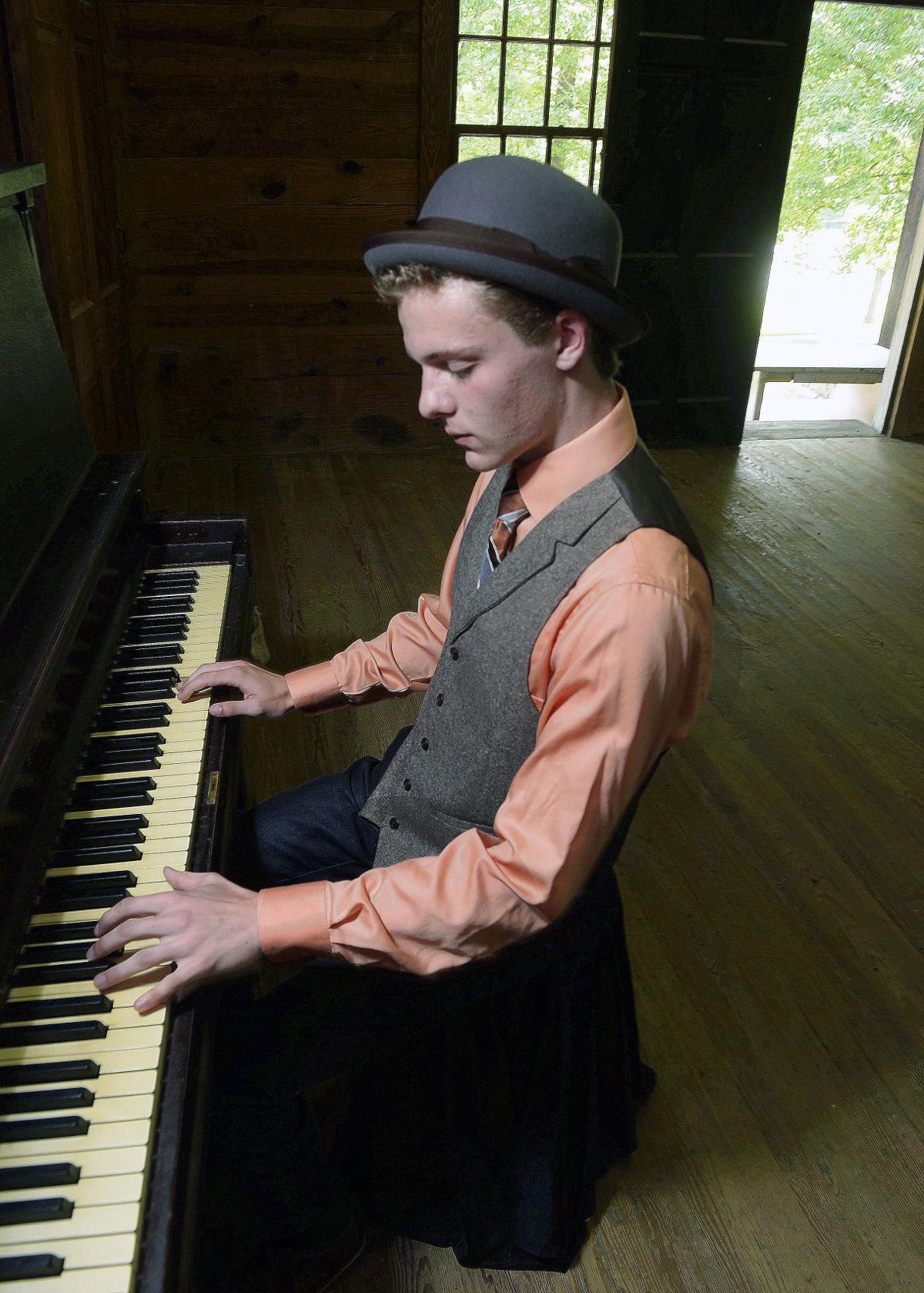 Kelton Boblits is a young old-time piano player. He spends hours a day learning and practicing the music of the late 1800s and the early 1900s. 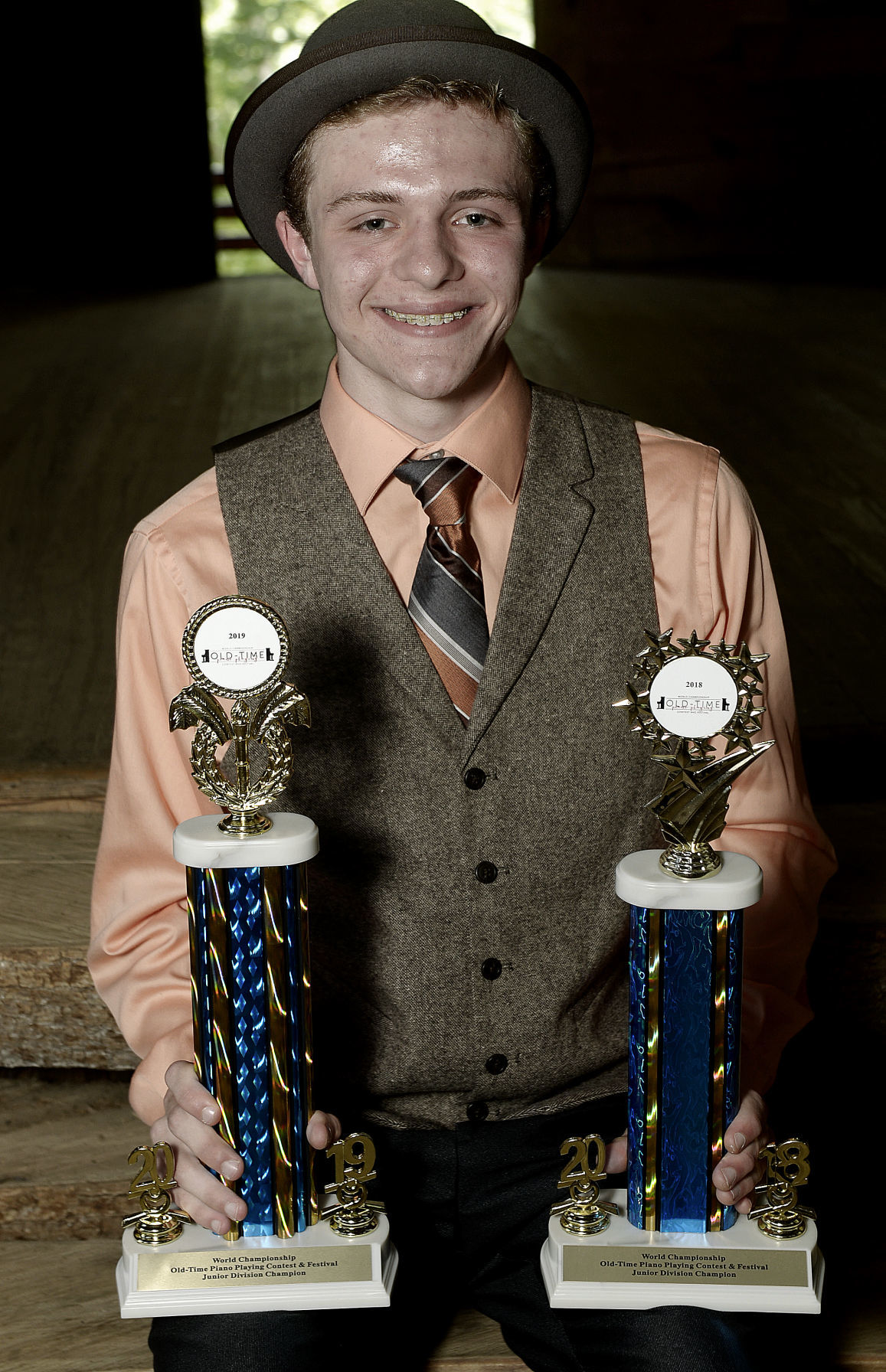 Old-time piano champion Kelton Boblitz from Fayette County recently won his second championship in the junior division of the World Championship Old-Time Playing Contest. The competition was held in Oxford, Mississippi, in late May.

Kelton Boblits started playing piano at age 6 but didn’t discover his love for old-time music like ragtime until a few years ago.

Kelton Boblits is a young old-time piano player. He spends hours a day learning and practicing the music of the late 1800s and the early 1900s.

Old-time piano champion Kelton Boblitz from Fayette County recently won his second championship in the junior division of the World Championship Old-Time Playing Contest. The competition was held in Oxford, Mississippi, in late May.

So far, the 15-year-old two-time juniors division winner of the World Championship Old-Time Piano Playing Contest and Festival has only played a couple of local school shows and a show at Bluefield State College.

The Fayette County native would like to branch out, find a few places to play and share his love of boogie-woogie piano, early American jazz and ragtime.

The saloons, clubs and speakeasies of the late 19th and early 20th centuries — when Kelton’s music was born and raised — didn’t mind teenage players.

Jelly Roll Morton got his first job in a “sporting house” when he was 14. Fats Waller and Count Basie got their first music jobs when they were 15.

But these days, it’s harder for a 15-year-old piano player to find a paying gig, or really any gig.

Practice is one thing, but Kelton wants an audience.

His parents are helping as best they can, but it’s slow going.

There was never really any question about whether Kelton or his sister, Maren, would play music. The only question was what instrument they would begin with.

“I was 6 years old and my parents said pick,” Kelton said.

Music, Kelton’s father and mother believed, was an important part of his education. They encouraged Kelton and his sister to learn an instrument but let them explore whatever direction that instrument took them.

Kelton first chose the piano, but then later picked up the dobro.

He took lessons and practiced. He learned the basics and some of the classics and got to know roots music like blues and bluegrass. Then in 2014, Kelton got an electronic keyboard for Christmas — the kind that had different styles of music pre-programmed into the machine.

One of those songs was ragtime. He’d never heard anything like it.

Kelton fell in love with old-time piano and learned to play the “Maple Leaf Rag” by Scott Joplin.

From there, Kelton’s love of ragtime turned into a full-on passion. Home-schooled, he took lessons from local composer, musician and music professor Dr. Joseph Dangerfield.

Three years ago, Kelton’s father, Craig, found the World Championship Old-Time Piano Playing Contest and Festival in Oxford, Mississippi, while searching online for festivals and concerts to take his children to.

Held annually over Memorial Day weekend, the festival looked like a cross between a cosplay convention — with some musicians and fans dressed like turn-of-the-20th-century saloon players — and a musical retreat for early American music aficionados.

The festival looked like a good way to get in a little musical history, take in a couple of workshops and hear the music Kelton loved played live for a change.

“I thought it was something we could just go and watch,” Craig said.

Quickly, Kelton decided he wanted to compete. He auditioned for and earned a spot among the 12 youth performers.

It was his first contest — and he didn’t do badly. Kelton placed fourth in the youth division — a decent showing for a 12-year-old, but the young piano player wasn’t satisfied.

Returning home to West Virginia, he said he devoted more time to practice. In 2018, the following year, he returned to Mississippi with two songs: Willie “The Lion” Smith’s “Echoes of Spring” and “The Finger Breaker” by Jelly Roll Morton.

“The competition was fierce,” he said.

This year, he returned to the festival and played Art Tatum’s “Tiger Rag” and took home first prize yet again.

Rehearsing the quick and complicated song was a grueling process.

Kelton said he had to break it down into pieces and then play the individual segments slowly, using a metronome to keep the time. As he became familiar with the segments, mastering them at one speed, he gradually sped up the beat.

At the contest, he played “Tiger Rag” from memory.

Kelton plays all of his songs from memory. The teen piano player said he had somewhere between 25 to 40 old-time songs memorized.

He’s always working to add to his catalog — and he writes his own songs.

Along with the performance contests, Kelton entered one of his own songs into the New Rag Contest, an old-time piano songwriting contest.

Kelton will likely return to the festival next year.

In the meantime, he and his parents are looking for other festivals, other contests and almost any place with a piano where people can listen to him play.

At his age, music as a career isn’t something Kelton is ready to embark on. Instead, he’s thinking about college.

There are a million possibilities.

“Whatever I do, music is in my future,” he said.