The musical side of life under the sea has arrived at the Clay Center with the Charleston Light Opera Guild's production of Disney's "The Little Mermaid." 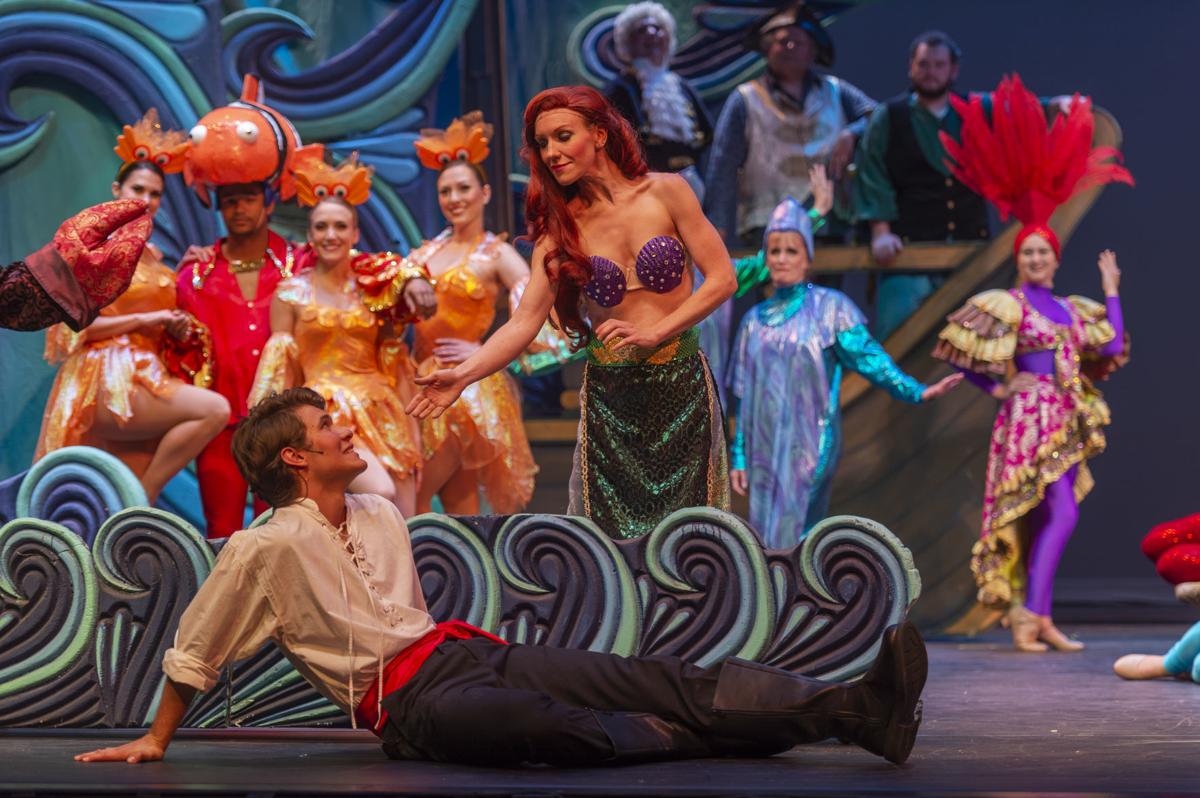 The musical side of life under the sea has arrived at the Clay Center with the Charleston Light Opera Guild's production of Disney's "The Little Mermaid."

A serendipitous tale of a princess with a restless heart full of longing and a soul full of song, this show was a spectacular feat of theater prowess worthy of the professional stage.

Sara Golden, as Ariel, embodied the magic of the Disney Renaissance. Ariel marked the first “new” princess of several generations and as such is indelibly inked on the hearts of many. Golden perfectly recreated this revival icon with flowing auburn locks and the voice of an angel. She quite literally soared across the stage, singing her way into the audience’s affection.

Her comical sidekicks Flounder (Gavyn Siebanoller), Sebastian (Cedrick Farmer) and Scuttle (Jacob Fleck) offer the perfect comic zest to keep the action moving and to keep the show just this side of innocent and a hair’s breadth from sinister.

And speaking of sinister, the glorious monster of epic villainous proportions was none other that the malicious sea queen herself, Ursula. Kristen Pennington all but stole the show in her tentacled majesty. With voluminous hair and costume, she commanded the stage in a grandiose fashion befitting her throne and it was a sight to behold.

As her minions Flotsam (Ted Brightwell) and Jetsam (Clayton Strohmenger) did her dastardly bidding, Pennington managed to make the hair on the back of my neck stand up, an echo of that titillating childhood fear only a Disney villain can induce ran down my spine.

There are far too many delightful aspects of this production to cram them all into a single review, and why would I? Nothing I can write will aptly prepare you for one of the most entertaining shows to grace the stage this year. The costumes are whimsical, the music poignantly familiar and the cast sublime.

Songs like “Under the Sea,” “Kiss the Girl” and “Poor Unfortunate Souls” are such intrinsic parts of the American lexicon that even if you have never seen the movie you will find yourself humming along.

“The Little Mermaid” is truly a magical treat, a must-see for craggy theater veterans and fresh young fans alike. Do not miss this stage gem, quite possibly the best Charleston Light Opera Guild performance of recent memory.

“The Little Mermaid” will run shows 7:30 p.m. Friday and Saturday and have 2 p.m. shows today and next Sunday.