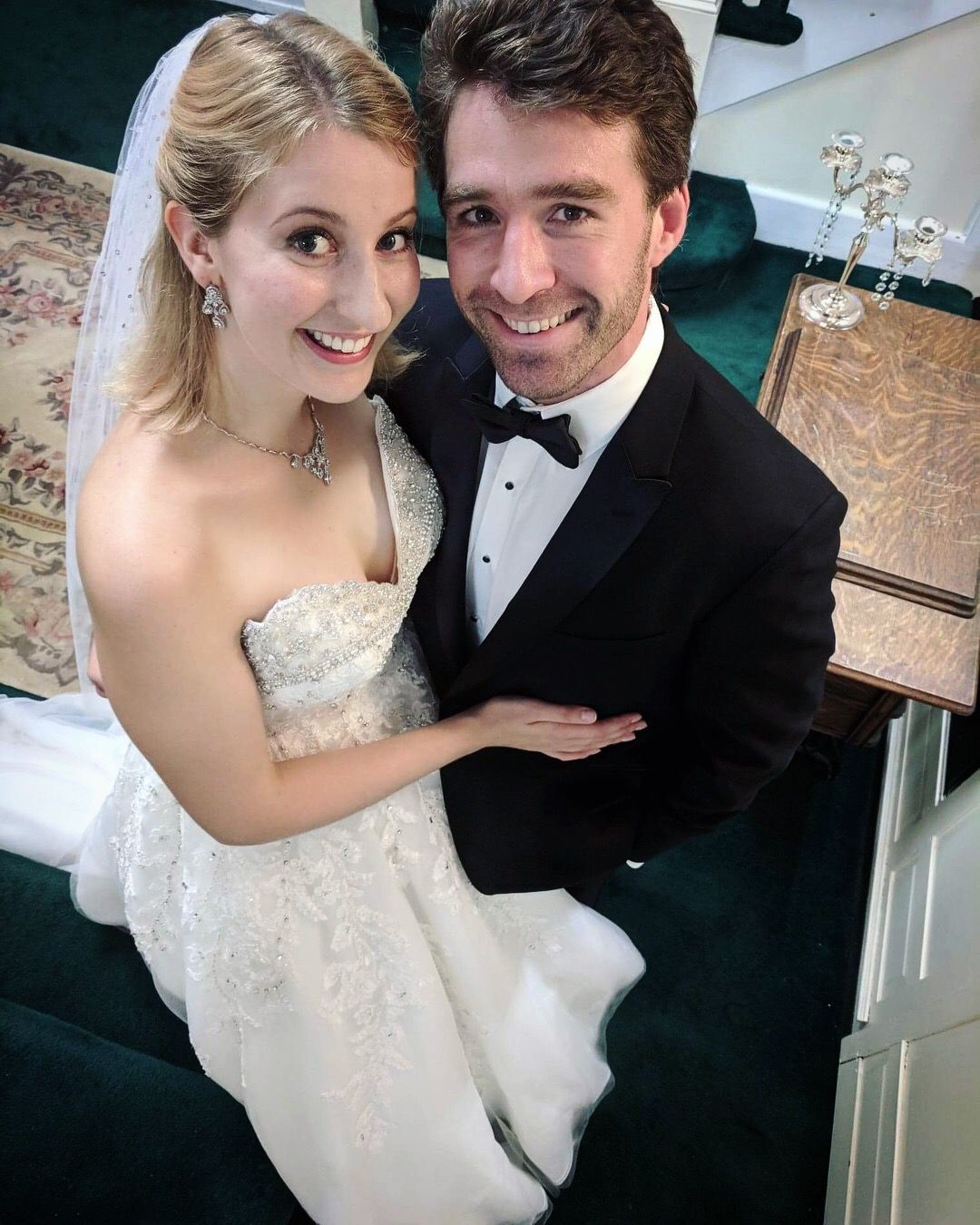 Nora Perone and Daniel Stevens starred in “The Last Five Years” at the Monongalia Arts Center in Morgantown. Perone said the show was a gift from a couple of WVU alumnus to the local theater community. The show concluded Saturday night. 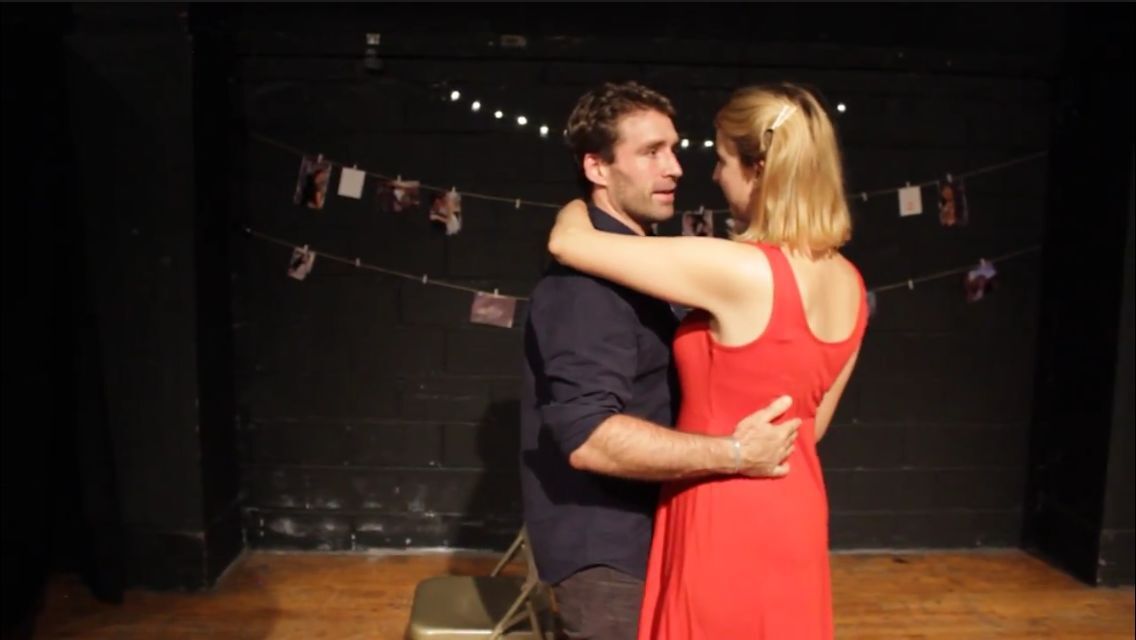 Daniel Stevens and Nora Perone are West Virginia natives, West Virginia University alumni and professional actors who put together a production of “The Last Five Years.” Most of their rehearsals were separate. Perone was in Morgantown, while Stevens lives in Los Angeles. 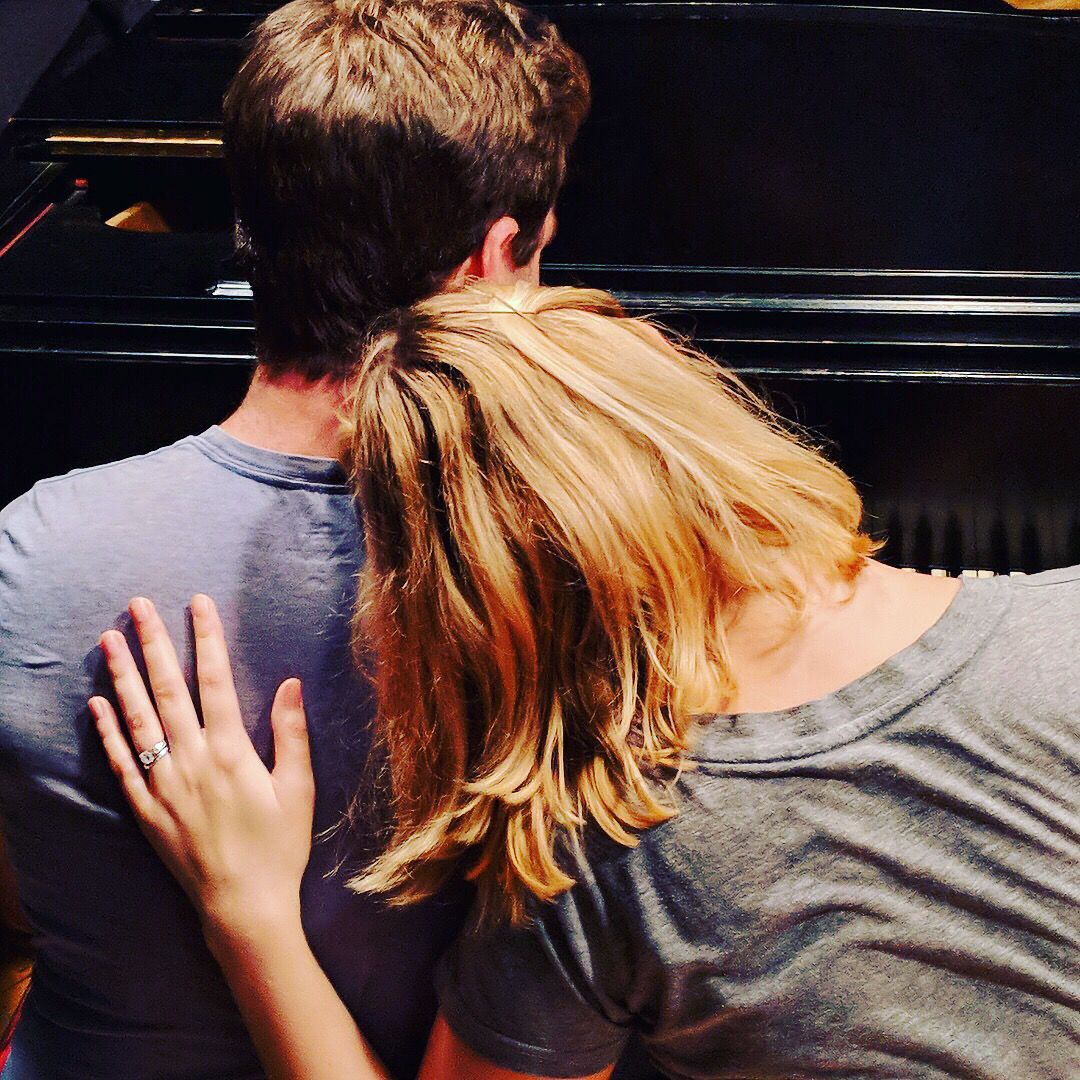 “The Last Five Years” tells the story of Jamie and Cathy and their relationship. Jamie begins his part of the story from the start. Cathy tells her side from the ending and works back.

Nora Perone and Daniel Stevens starred in “The Last Five Years” at the Monongalia Arts Center in Morgantown. Perone said the show was a gift from a couple of WVU alumnus to the local theater community. The show concluded Saturday night.

Daniel Stevens and Nora Perone are West Virginia natives, West Virginia University alumni and professional actors who put together a production of “The Last Five Years.” Most of their rehearsals were separate. Perone was in Morgantown, while Stevens lives in Los Angeles.

“The Last Five Years” tells the story of Jamie and Cathy and their relationship. Jamie begins his part of the story from the start. Cathy tells her side from the ending and works back.

By the end of “The Last Five Years,” which finished up Saturday at the Monongalia Arts Center in Morgantown, the audience has witnessed the destruction and birth of a young couple’s marriage, which somehow seems new, even though the breakup happened in the very first scene of the musical.

Told in two intertwining parts with just two actors, “The Last Five Years” works through the life of a relationship from opposite ends. Cathy begins at their relationship’s grieving, bitter final moments and works her way back toward their first day together, while her husband, Jamie, starts at the starry-eyed beginning when the couple was freshly in love.

It’s a two-person production but is almost two, one-person shows sandwiched together.

Norma Perone, who plays Cathy, explained, “We’re never really in a scene together, interacting, until their wedding day.”

This made it easier to rehearse, given that both stars and the show’s director were separated by thousands of miles and an ocean.

Perone was in Morgantown. Her co-star, Daniel Stevens, who plays Jamie, makes his home in Los Angeles. Their director, Jen Coles, lives in England.

Through much of preproduction, the two actors rehearsed separately and alone. Perone said they would sometimes send each other videos of scenes. They would talk with their director online.

“We had meetings over Skype,” she said.

With just a couple of weeks to go, Stevens and Perone met in New York with the director and their rehearsal pianist.

They rehearsed together for the first time and then spent time going around the city, posing for couples photos taken by Coles to use for posters, flyers and other promotional material back in West Virginia.

Then they took a train from New York back to Morgantown, where they spent an intensive week rehearsing for the two-weekend run in a small, black box theater inside the Monongalia Arts Center on High Street.

Perone said the show was a kind of gift to Morgantown, a way for two native West Virginians, WVU grads and equity actors to give back to the local theater scene.

It’s also a show with a mission — to help Perone return home to England.

The 26-year-old grew up in Morgantown, where she was a fixture of the local theater scene for years. It was something she was good at early on.

“You’ll hear this from other theater people, too,” Perone said. “I don’t know how to do anything else. It’s not just what I do. It’s a kind of lifestyle. It’s a life.”

The actress said she got started in musical theater because of her parents.

“They were always playing cast recordings and things like that around the house,” Perone said and then joked, “I don’t think that they expected for any of this to go this way. I have to wonder if they wouldn’t have done that if they’d known what would happen.”

They loved theater, but they weren’t actors, she said. They’re psychologists.

Perone said her first production was only barely memorable.

It was a school show. Perone was 6-years-old. She played a robin.

“I remember I had a costume made out of paper bags,” she said. “I remember coloring the red part with markers took a really long time.”

The actress remained interested in theater and was cast in small parts for different productions up until her freshman year in high school, when she landed the role of the secretly pregnant Lady Larkin in “Once Upon a Mattress.”

It was a big role for a freshman.

“And I had all of these upperclassmen who were really angry with me that I got such a good part,” he said.

But the role opened Perone’s eyes.

“It was the first time I was given some positive feedback about my performance,” she said. “Up until then, in other shows I’d always been part of the ensemble and given small things to do.

“This was the first time I realized that I might have some ability.”

Perone threw herself into high school theater and even became Drama Club president before deciding to study acting at West Virginia University.

She chose the school in her hometown partly because of finances. Scholarships and in-state tuition made staying in state attractive, but Perone said WVU has an underrated theater program.

“You can get really solid training here,” she said. “You can learn acting here.”

While studying at WVU, she had some money to study abroad. Perone said she chose England because English was the only language she spoke.

Over one summer, she spent several weeks at the Royal Central School of Speech and Theatre in London. It made such an impression she returned to London for grad school after she earned her degree at WVU in 2014.

“When I went back to do my master’s, I managed to get a visa to stay and work for a couple of years,” Perone said. “I absolutely fell in love with the place.”

It became a life.

She got an agent and has gone to auditions, which have been a struggle. London is full of good actors.

“My agent puts me up for anything that asks for an American accent,” Perone said.

The Brits, however, tend to prefer their own, homegrown versions of the American accent. Fake American beats out the real thing time after time, she said, not that anyone would be surprised.

Henry Cavill, who played Superman in “Man of Steel,” “Batman v Superman: Dawn of Justice” and “Justice League” is from the Channel Islands and lives in London.

Christian Bale, who played Batman in three movies, is from Wales and was raised in southern England.

Georgia Sheriff Rick Grimes on AMC’s “The Walking Dead” is played by Andrew Lincoln, from London.

While in England, she and a classmate began making comedy/musical YouTube videos, which led to forming a video production and theater company.

“We do live shows and do some short films,” she said. “I was really excited about that.”

Along with her production company, Perone also taught acting. She said she helped other actors prepare for auditions and worked on developing acting tools with teenagers.

Several months ago, Perone’s work visa expired. She said she reapplied for a “talent” visa, but was rejected on a technicality.

“The funny thing about that visa is that you have to prove on paper that you’re talented.” She laughed and said, “You need letters of recommendation, reviews of your work, anything that helps show that you have something to offer.”

While Perone has been home in Morgantown, she’s remained active, doing shows with West Virginia Public Theatre, working with some of her former professors and even checking off items on her personal, theatrical “to do” list, including “The Last Five Years.”

“It’s a beautiful show,” she said.

It’s also a show the actress had been part of before.

Almost 10 years ago, Perone was a junior in high school and was brought on to work backstage for the show as a dresser.

Stevens, then a senior at WVU, was starring in “The Last Five Years” as his senior project.

“That’s where I discovered the show,” Perone said. “Whenever I think of this show, it’s always Daniel’s voice I hear.”

Perone found Stevens on Facebook, saw that he was living and working in Los Angeles as an actor, teacher and director.

Nervously, she sent him a message; asked if he’d be interested in reprising his senior year role in Perone’s show.

“I was terrified,” she said.

The first weekend of “The Last Five Years” went well. The show nearly sold out the first night and did well on a rainy Saturday night in Morgantown, when the Mountaineers were playing a home game just a few blocks from the theater.

Saturday night, Stevens and Perone delivered engaging and earnest performances in an intimate, if bare-boned theater space. They were warmly received, regardless of the cool weather outside.

Perone described her time back in Morgantown and working with West Virginia Public Theatre as a nice homecoming, but she really can’t stay.

Perone plans to reapply for the visa over the next couple of weeks. Getting back to London is more than just getting back to her theater company and to teaching in England. Over the last five years, she’s built a life there.

“I’d be walking away from my entire life,” she said.

WVU falls to Kentucky in Lexington

Guest editorial: The other part of Sondheim's legacy

Froma Harrop: Forcing teens to have babies isn't good for the GOP (Opinion)