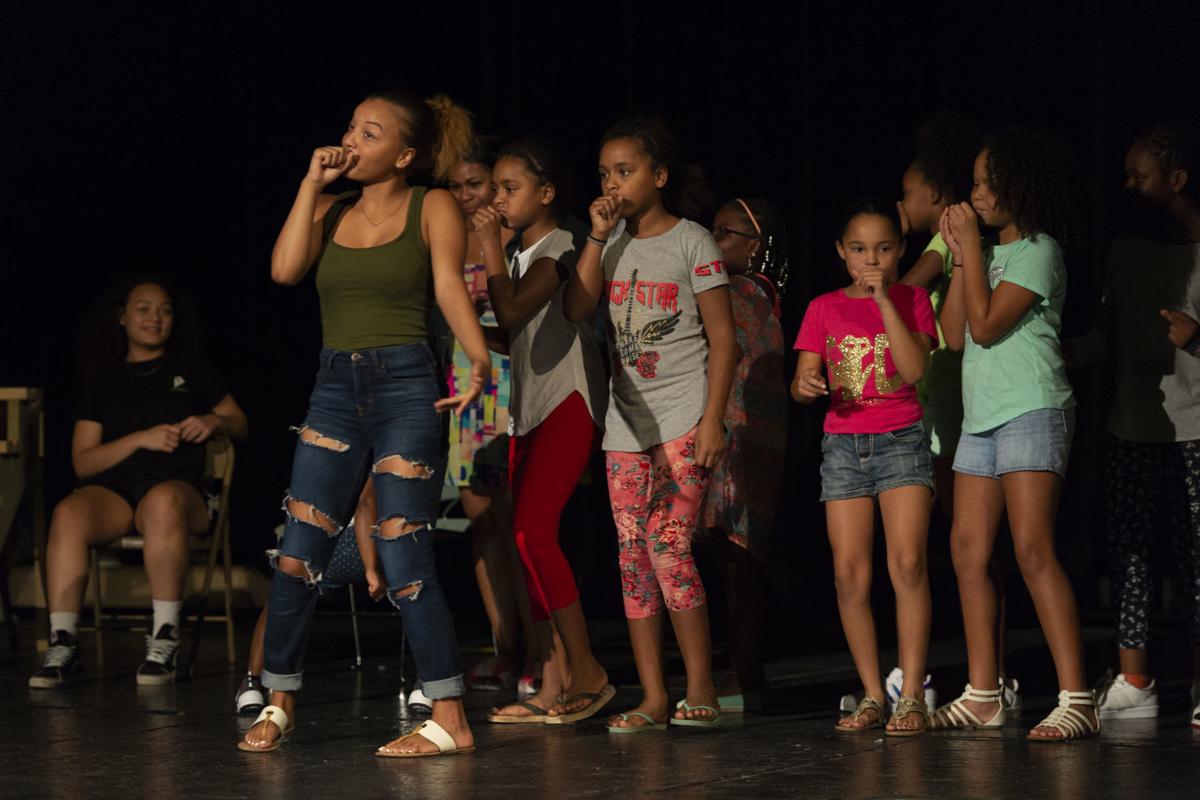 The cast of “Based on a Woo Story: The Live Movie!” rehearsing last year. After a successful run of the show in August, the locally written and produced production returns to the Charleston Coliseum Little Theater Friday night. 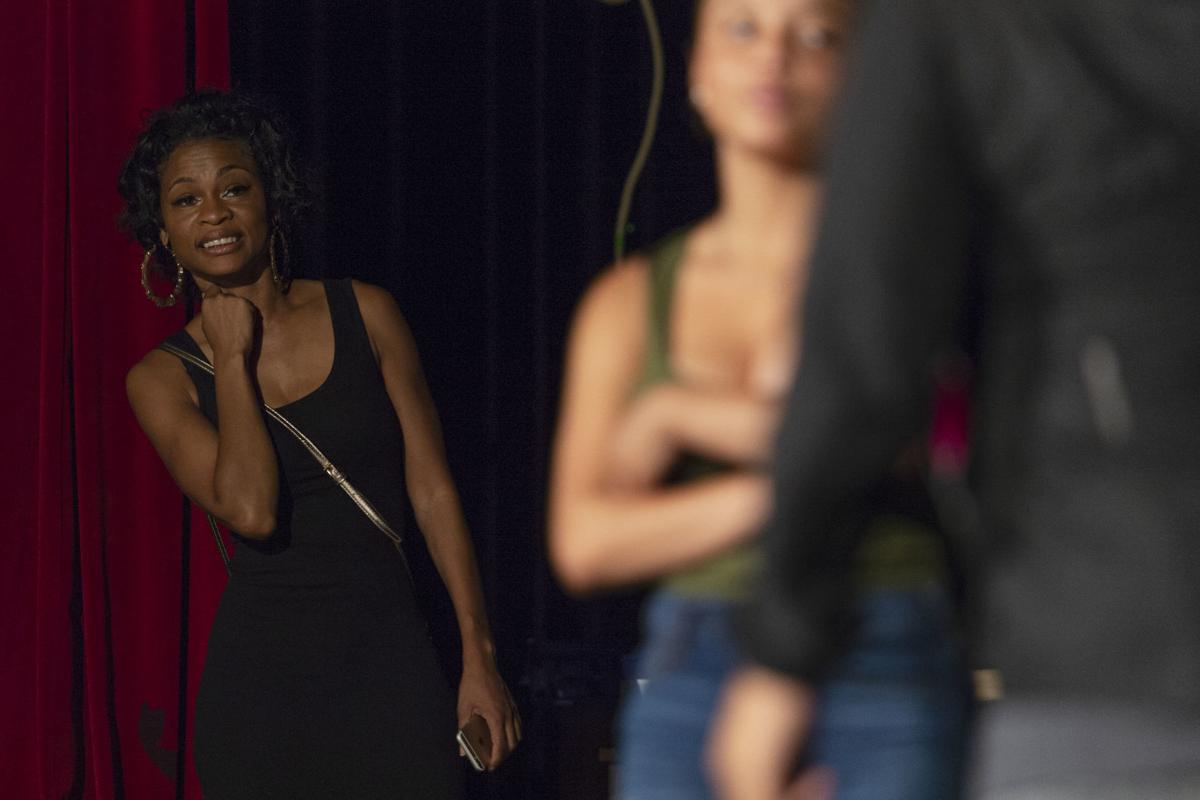 Radio host-turned-author Aleeshia Watson observes a rehearsal of the play based on her book.

The cast of “Based on a Woo Story: The Live Movie!” rehearsing last year. After a successful run of the show in August, the locally written and produced production returns to the Charleston Coliseum Little Theater Friday night.

Radio host-turned-author Aleeshia Watson observes a rehearsal of the play based on her book.

Charleston radio host-turned-author Aleeshia Watson said she used to tell kids in the schools where she spoke, “It’s not where you come from. It’s where you’re going.”

Watson, who opens “Based on a Woo Story: The Live Movie!” Friday night at the Capitol Theater on Summers Street, said her grandfather always told her, “Don’t be ashamed of where you come from.”

But don’t be entirely defined by it.

“You can do better,” Watson said.

Watson grew up in Orchard Manor, a low-income housing project on Charleston’s West Side, during the early 1990s, when crack cocaine had its claws in the nation’s streets and plagued the African-American community.

Six years ago, Watson wrote a book built around some of the memories her childhood, “Based on a Woo Story.”

“A lot of it is true to me,” she said. “Some of it is stuff that I’ve seen. I dedicated the book to my cousin Hakeem Brown. He was murdered on the East End when he was 17. So, there’s a character like him in the book who is killed, but I don’t exactly replicate that, but it’s similar.”

On the surface, the early 1990s and today might seem similar. The country is reeling from another drug epidemic, but Watson didn’t see them as being necessarily the same.

“There was more of a stigma with crack, more criminality,” she said.

Watson said there were people who were swept up in drug raids when she was a kid, people who went to jail and never came home.

Heroin addicts are seen more as victims, she said.

The author didn’t necessarily disagree but wished that same sort of compassion could have been applied when she was a kid.

Despite gunfire in the streets and the increased scrutiny of the neighborhood by the authorities, Watson said she had a good childhood. She had people who loved her, and she was part of a community.

“We cared about each other,” she said. “And it’s really like they say, it takes a village to raise a child.”

Watson wrote and copyrighted the book six years ago. She said she didn’t entirely know what she was doing and didn’t have a lot of resources, just used what she had to make it happen.

“I wrote the whole thing on my iPhone,” she said. “I used a note feature. I wrote and edited the book, created the cover and then did the promotion for it with my phone on social media.”

The author said using whatever she had was something she learned growing up.

“We didn’t have much,” Watson said. “We learned to make something out of nothing.”

Writing the story was mostly solitary, but turning the book into a stage play, she said, required help. Norm Branch of Stars R Us from Huntington wrote the screenplay and is co-producing the play.

“What I love about this is the whole play is all local talent,” Watson said and then added, “Except for Woody Wood. I knew him from radio.”

They got a great cast, she said.

“All local kids with no acting experience,” Watson said. “But we’ve practiced every day and the kids know their lines.”

“Based on a Woo Story: The Live Movie!” is a community story in more ways than one, Watson said.

Just as the author didn’t have much in the way of resources when she began writing her book, they didn’t have much money to put on a play. They raised almost everything as they went along, but people just came together.

“If we had a fish fry, we’d sell all the fish,” she said. “If we sold hot dogs, people would buy all the hot dogs. If we did a car wash, everybody brought their cars.”

The African-American community has embraced the production, she said, purchasing tickets for kids who couldn’t go otherwise, and Watson said it’s been amazing to see it all come together.

“It’s really been easy,” she said. “Things just lined up.”

“Based on a Woo Story: The Live Movie!” only runs for one weekend. It’s what they can afford to do now.

“But if it does well, we’ll book another weekend,” she said.

“Based on a Woo Story: The Live Movie!”

WHEN: 8 p.m. Friday and Saturday