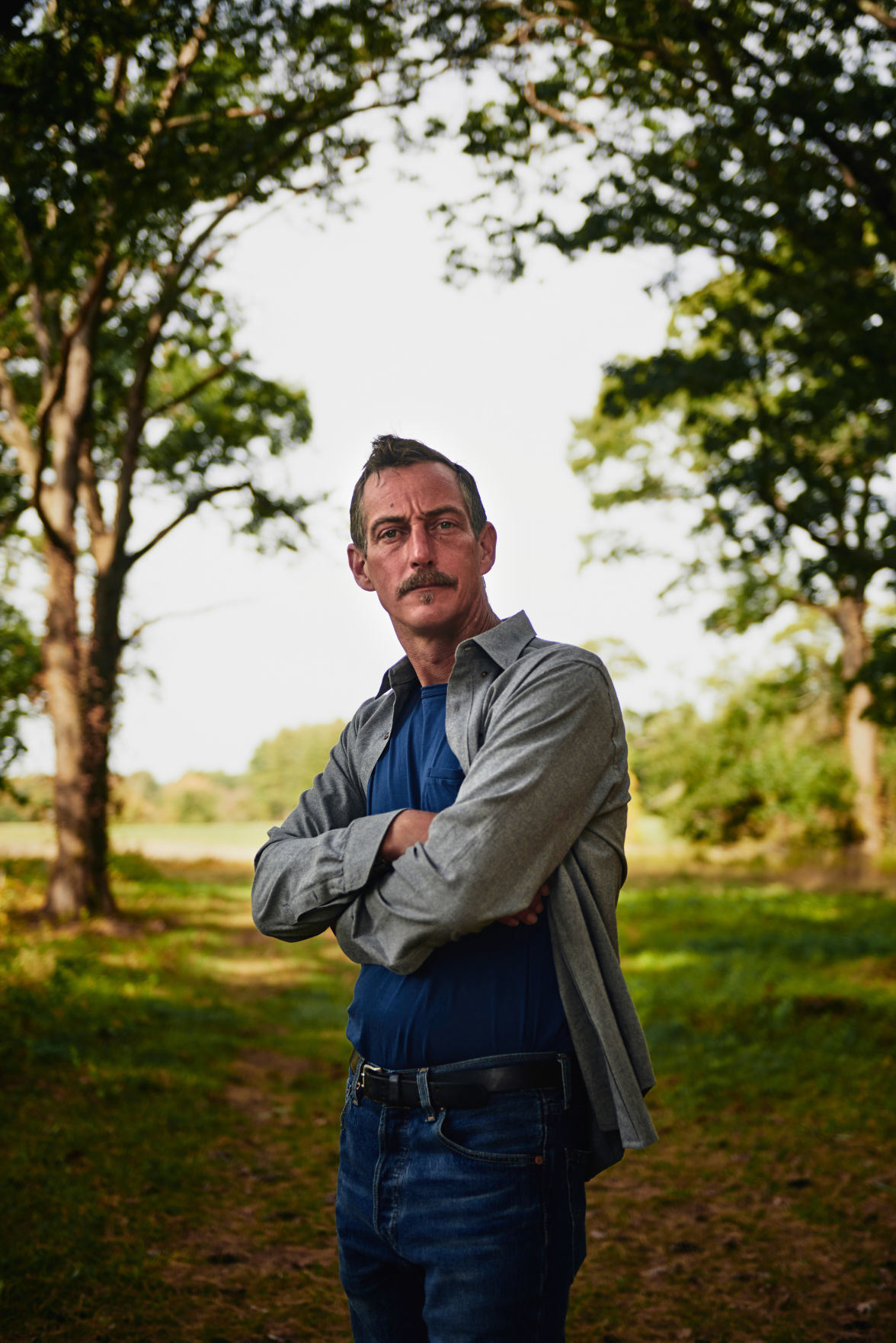 Storyteller Bil Lepp takes on American history with “Man vs. History.” The show premieres Tuesday night on the History Channel. 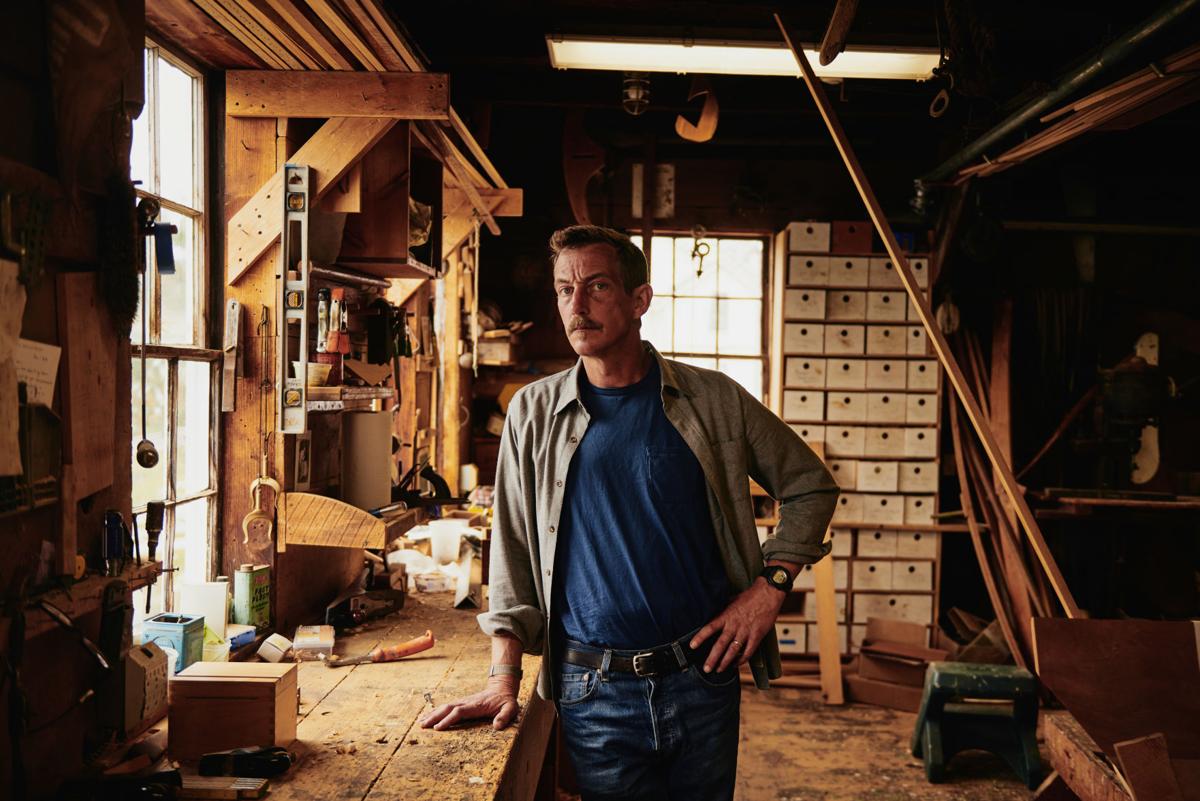 On the new 8-episode series “Man vs. History,” West Virginia storyteller Bil Lepp went around the country exploring some of the facts and fictions behind American history. The show runs Tuesday evenings on the History Channel.

Storyteller Bil Lepp takes on American history with “Man vs. History.” The show premieres Tuesday night on the History Channel.

On the new 8-episode series “Man vs. History,” West Virginia storyteller Bil Lepp went around the country exploring some of the facts and fictions behind American history. The show runs Tuesday evenings on the History Channel.

Facts can be stranger than fiction.

Storyteller Bil Lepp made a name for himself as a Vandalia Gathering Liars Contest champion, which led to a nearly 20-year career telling stories and making people laugh at shows and festivals around the country. But things got pretty weird while Lepp was out shooting an episode of his brand-new show, “Man vs. History.”

The show premieres Tuesday night at 10 p.m. on the History Channel.

So there Lepp was, standing in Colorado with his feet chained together holding a miner’s pickax.

On “Man vs. History,” Lepp explores some of the colorful and controversial stories of American history, including just how outlaw William H. Bonney, Billy the Kid, escaped from a jail in Lincoln County, New Mexico.

In 1881, Billy the Kid was sentenced to hang for murdering the Lincoln County sheriff. While awaiting his sentence to be carried out, he slipped out of his manacles, got a gun, killed two deputies and eventually rode off.

“The controversy was that Billy the Kid had on a set of cast iron leg shackles that were riveted around his ankles,” Lepp explained.

How he got out of the shackles is the question.

Maybe the outlaw had help. Maybe he broke the shackles with a pickax.

To help work it out, the producers shackled Lepp’s feet, gave him a mining tool and then placed him around the corner from the television crew.

“I was supposed to walk over and then try to bust out of the shackles,” he said.

While Lepp waited to do his bit, a black bear wandered onto the set.

And there he was, ankles bound together, a short length of chain between his feet, with only a small pickax as protection.

“But luckily, the bear walked off. He paid no mind to me,” he said.

The bear was unexpected, but so was the entire show.

A year and a half ago, Lepp got an email from a television producer who wanted to develop a show around him.

He thought it had to be spam, but his wife, Paula, encouraged him to answer the email.

The producer was serious.

“The original concept was to go back and find the truth behind America’s tall tales,” Lepp explained. “Where did Paul Bunyan come from? Where did John Henry come from?”

A television crew came to West Virginia a year ago, in July, where they recorded segments with Lepp in Summers and Greenbrier County about folk legends John Henry and Johnny Appleseed.

“They called it a sizzler,” the storyteller explained. “It wasn’t a pilot, but just 15 minutes of what the show would look like.”

The sample show was shown to the History Channel.

Lepp said History told the producers, “Nope, but we like the guy.”

“So, we came up with another concept they also didn’t like and finally settled on the one we have right now,” he said.

On the show, Lepp talks with historians and different experts.

He also helps test out or illustrate some of the famous stories in history — like Paul Revere’s ride to warn the colonists that the British were coming.

“I had to ride a horse,” Lepp said. “And what it boils down to is, if I’d been responsible for telling everyone that the Redcoats were coming, we’d have lost the revolution.”

The show was recorded during the pandemic. They followed safety protocols, maintained social distancing, and wore masks except when someone was on camera.

“We weren’t quite in a bubble, but we stuck pretty close,” he said. “There were COVID tests all the time as we bounced around the country.”

They began in Colorado and Wyoming, but before they wrapped up the first season just before Christmas, Lepp said they’d been to New Jersey, Massachusetts, Connecticut, New York, Arkansas and West Virginia.

Making “Man vs. History” was a good experience for Lepp. He learned a lot about television and at least a little something about history.

The first season is eight episodes, but Lepp couldn’t say if there would be more.

Lepp would also like show-related T-shirts and maybe a cool “Man vs. History” lunchbox, but he said he didn’t have that kind of power. Last he checked, Lepp said he hadn’t been elected president of the History Channel.