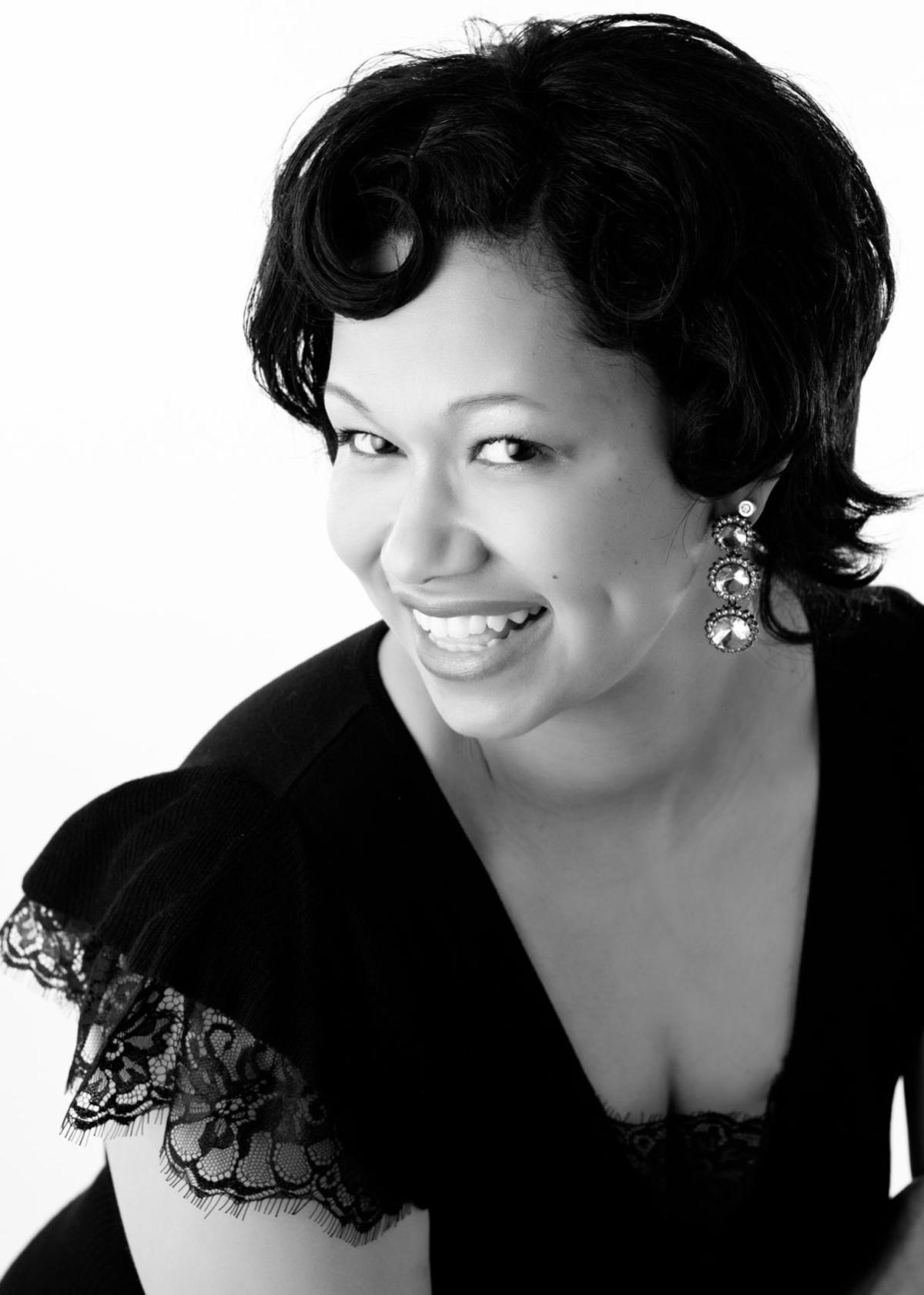 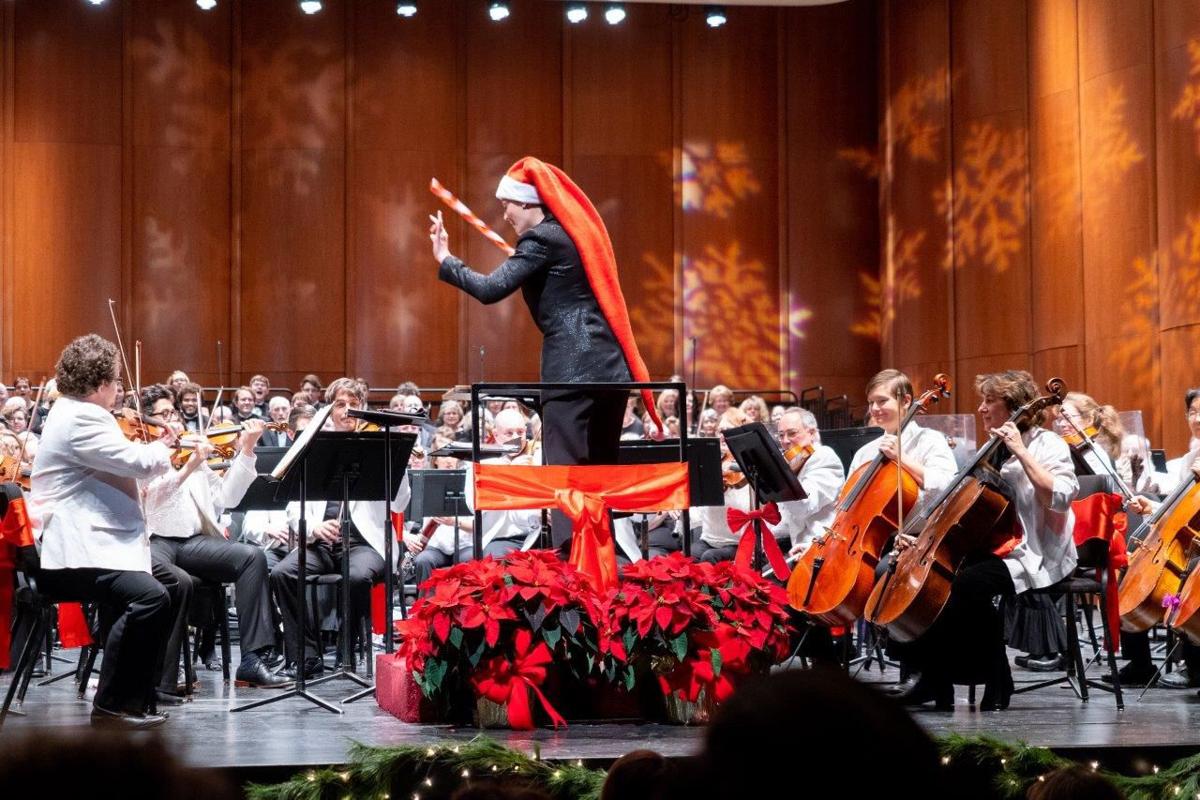 The WVSO’s popular “Sounds of the Season” brings the return of audience favorite Michelle Merrill as guest conductor. The concert is Saturday night at the Clay Center.

The WVSO’s popular “Sounds of the Season” brings the return of audience favorite Michelle Merrill as guest conductor. The concert is Saturday night at the Clay Center.

There are pluses and minuses to being a professional singer during the holidays.

On the plus side, if you’re someone like mezzo soprano Vanessa Thomas, you’re going to be busy performing holiday shows all through the month of December.

On the minus side, if you’re someone like mezzo soprano Vanessa Thomas, you’re going to be busy performing shows all through the month of December.

Thomas, who performs Saturday night with the West Virginia Symphony Orchestra for its annual “Sounds of the Season” holiday show at the Clay Center, laughed about it.

“I joke that the holidays are for other people to enjoy,” she said

Thomas is just too busy for Christmas caroling or songs around the fireplace.

“The holidays just end up being pretty concert-filled. It’s just when I usually work the most, honestly,” the singer said.

The rest of the year isn’t exactly slow, however. Along with the holiday symphony work she gets, Thomas performs with orchestras around the country throughout the year. Closer to her home, she sings at a jazz club in Kansas City and sits in with different combos around town.

“I do a lot of coaching and private lessons for high school students,” she said. “I help with voice preparation for colleges and things.”

Severinson led the “Tonight Show” band from 1962, when host Johnny Carson signed on, to 1992, when Carson retired and turned the show over to comedian Jay Leno.

Carson might have signed off, but Severinson didn’t. Up until recently, he and His Big Band played all over the country.

“I’ve been doing that for about 10 years,” she said. “Almost every time over the past 10 years, he’d ask me to perform with him, which is a great honor.”

Thomas said Severinson referred to her as his daughter.

“And I call him Dad,” she laughed.

The singer said the 92-year-old trumpet player is still vital.

Though she acknowledged that they haven’t been performing together much lately — Severinson has been busy with a documentary about his life.

“But we keep in touch,” she said. “We call each other every couple of months.”

Maybe once the documentary is finished, they’ll get back on the road more.

In the meantime, Thomas had the holiday symphony season, which she said began months ago. The singer said she liked doing the shows.

“They’re the easiest symphony shows for me to do,” she explained.

The music all tends to go together, she added. During the rest of the year, the selections she’s asked to sing can go in every direction.

“I might be asked to sing an operatic piece and then launch into the blues,” she said.

The toughest part about the holiday shows is just staying healthy in the overlapping time between fall allergy season and the cold and flu season.

“I’m really strict about taking care of myself,” she said. “I keep it mild, not wild, get plenty of sleep and don’t do anything to my system that would compromise it.”

Also, she takes a lot of Mucinex.

“You have to manage your mucous,” she laughed.

Her part in the WVSO’s “Sounds of the Season” is a large one that includes everything from “The Christmas Waltz” and “O’ Holy Night” to “Jesu Bambino” and “White Christmas,” plus a sing-a-long with the audience.

At the end of the season, Thomas said she’ll return home to Kansas and spend the remainder of the holidays with her family and make plans for the new year. Already, she’s booking shows and filling in her calendar, though she said she was looking to leave a few days open sometime in the fall.

“I’m getting married,” she said. “I got engaged over the summer. We haven’t set a date, but think we’ll do that in the fall.”

HD Media editorial: Crackdown on I-64 speeding a welcome change

John David: The people united will never be defeated (Opinion)