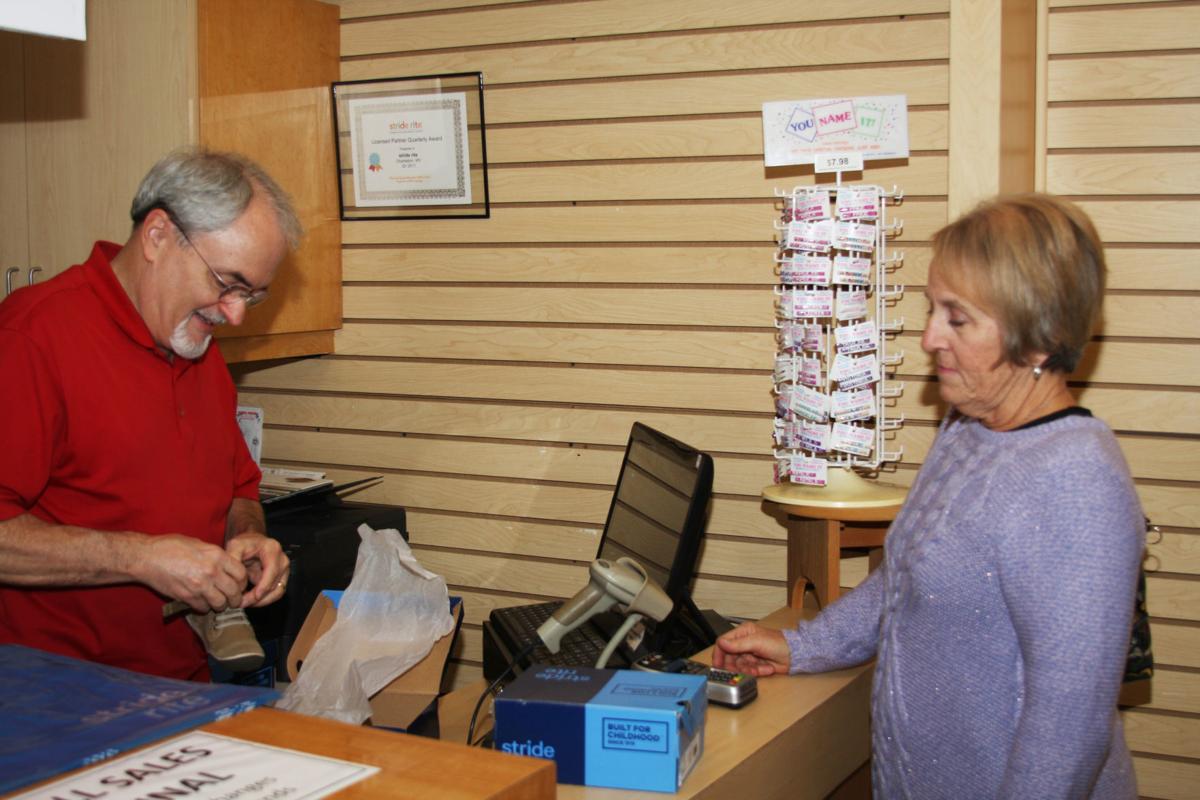 Paul Foard rings up one of Stride Rite shoe store’s customers, Deborah Mullens on Thursday, Nov. 26. The store closed at the end of November. 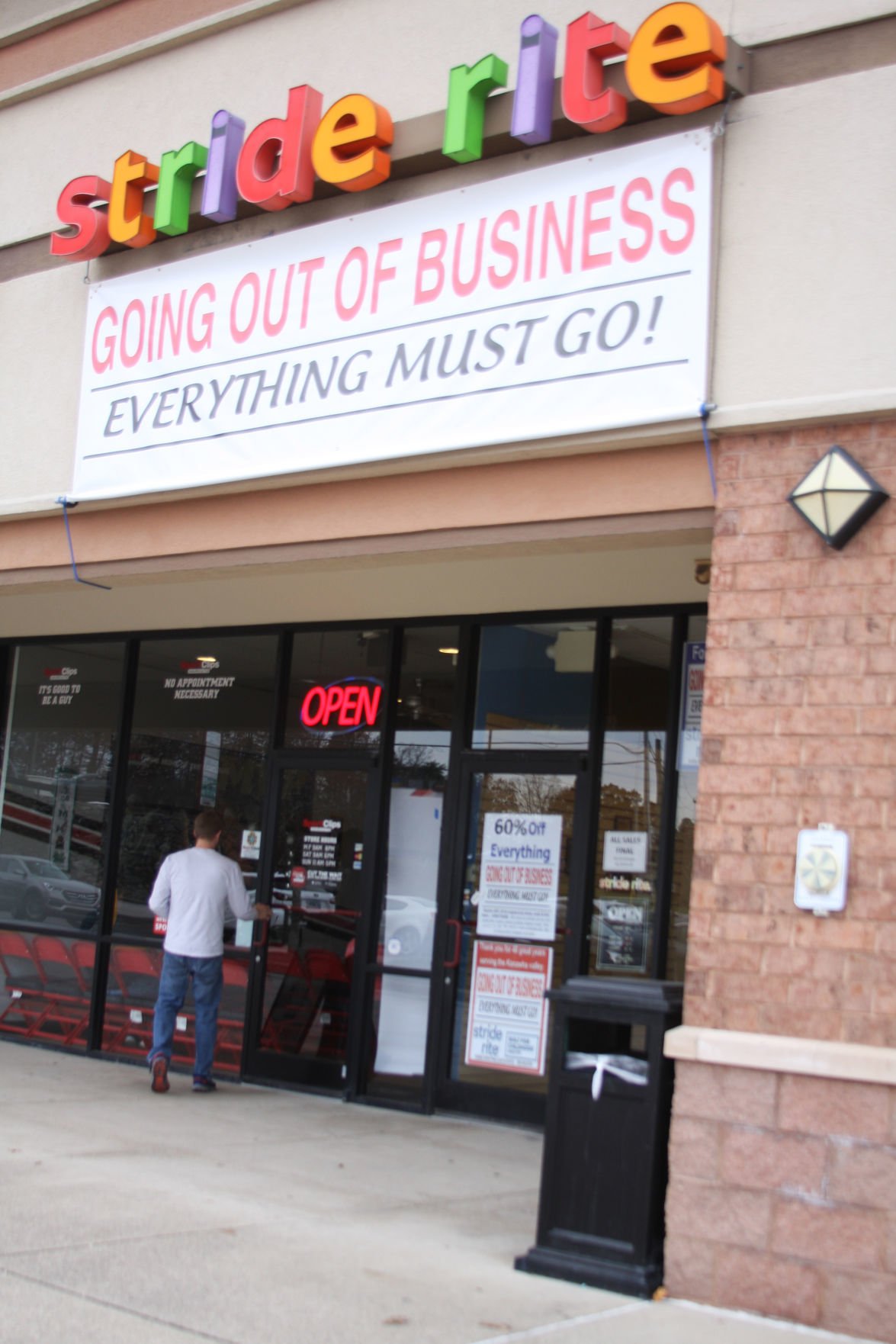 The Stride Rite shoe store, in South Charleston, closed at the end of November. 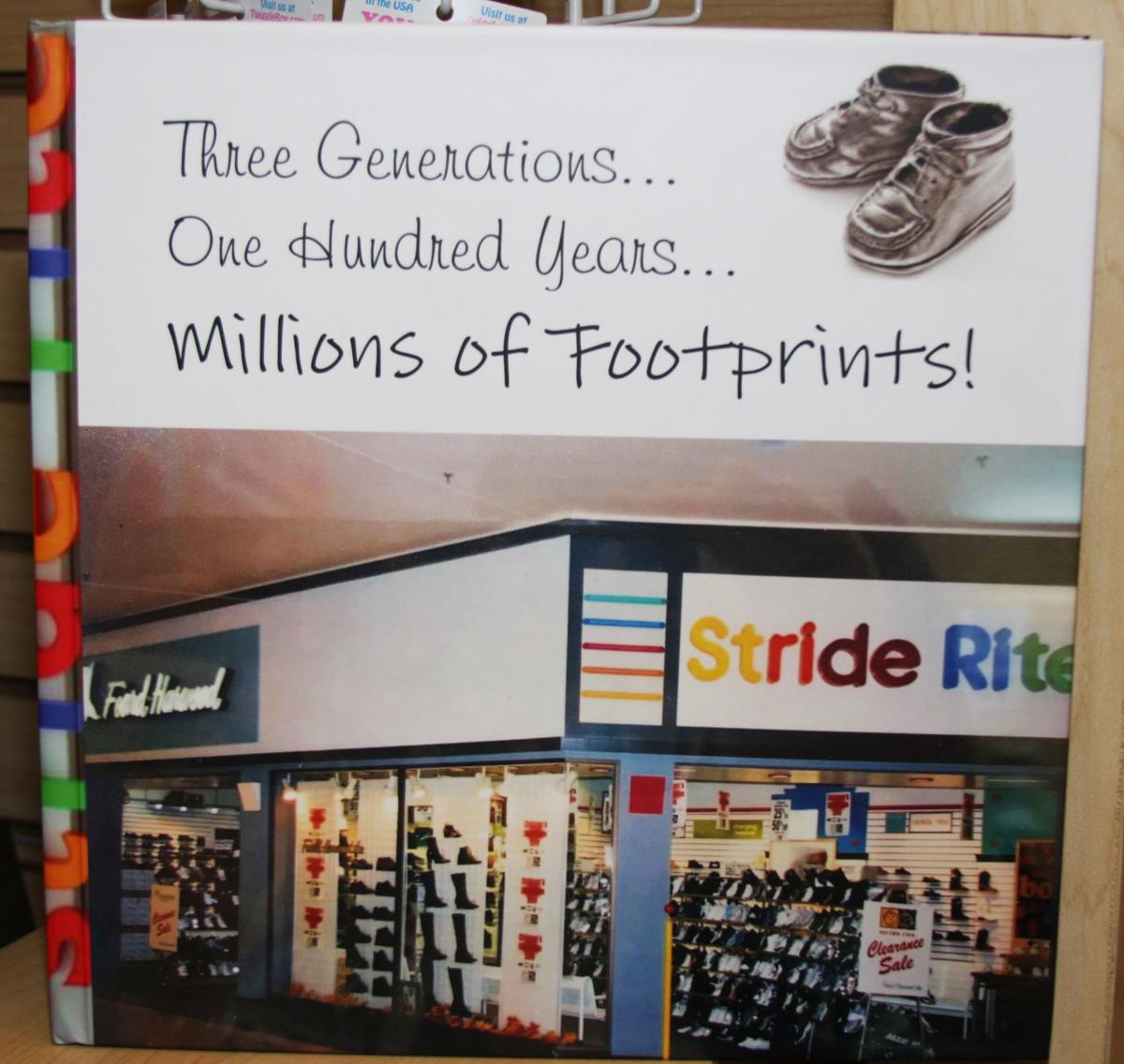 Paul Foard was given this book, made by his employees, with the history of Foard-Harwood, Inc. and Stride Rite. The 100-year-old business closed at the end of November.

Paul Foard rings up one of Stride Rite shoe store’s customers, Deborah Mullens on Thursday, Nov. 26. The store closed at the end of November.

The Stride Rite shoe store, in South Charleston, closed at the end of November.

Paul Foard was given this book, made by his employees, with the history of Foard-Harwood, Inc. and Stride Rite. The 100-year-old business closed at the end of November.

It is not often a small family business survives 100 years, but that is exactly what the Foard family did.

The community icon Foard-Harwood, Inc., and locally owned Stride Rite stores, got their start in Huntington when David A. Foard Sr. came to Huntington in 1912 and took a job as a shoe salesman.

Today, however, with the retirement of the company’s third-generation owner Paul Foard, Foard-Harwood, Inc.’s last remaining Stride Rite store, in South Charleston, closed its doors at the end of November.

“It’s been fun and I thoroughly enjoyed retail and meeting the public,” Paul Foard said. “The Foard family would like to express a sincere thank you to the Tri-State area and Kanawha Valley for 100 years of loyalty, but it’s time for us to move on from this business.”

Paul Foard says he and his family have seen many trends come and go, from white gloves to Nike “Pumps.”

“We were always a family business that sold from moderate to better popular shoes,” he said. “We were not really a high-end expensive shoe store, and we focused on personal care for each of our customers.”

Through decades of change, the heart of this family business has always been service and respect for all members of the community.

“Every customer who entered the store has been waited on literally hand and foot with personal fittings and heart-warming smiles,” Paul Foard said.

Foard said he treated every employee of the company with respect and appreciated all of them, especially Mandy Barlow, the store’s manager for over 20 years.

“She has treated this business like her own,” he said. “She knows the customers, their kids’ names and what schools they go to. She created personal relationships with all our regular customers. I just can’t thank her enough for all she did for me and this business.”

“He has served this community by fitting them with quality footwear, as well as giving his time in any and every way needed at Enslow Park Presbyterian Church in Huntington,” she said. “His generous heart led him to provide shoes for victims of Hurricane Harvey in 2017 by promoting the Soles4Souls campaign.”

The history of the Foard family in the shoe business started when David A. Foard Sr. came to Huntington in 1912 and took a job as a shoe salesman, according to a “Lost Huntington” story by former Herald-Dispatch editor and local historian James Casto.

Casto wrote that after serving in the military, David A. Foard Sr. returned to Huntington and became manager of the shoe department at the Anderson-Newcomb department store.

In 1924, James J. Henry sold his Henry Shoe Co., at 915 4th Ave. in Huntington, to William M. Ayers and S.C. Harwood, who operated it as Ayers and Harwood until 1935, when David Foard purchased Ayers’ interest and the store became Foard-Harwood, Inc.

For nearly 40 years, Foard-Harwood sold shoes at the same 4th Avenue address where James Henry had his shop — a prime location just four doors from the Keith-Albee Theater. (Today, the building is long gone and the site is part of a parking lot.)

In the 1960s, the shoe store had an in-store X-ray machine, which was considered the height of technology.

In 1972, the longtime shoe store took a major step when it relocated to 401 9th St., in a building that previously housed the Hotel Governor Cabell.

In 1980, the store took another big step when it opened at the Huntington Mall, in Barboursville.

Over the years, some of the well-known brands the store carried included I. Miller, Grayflex, Mademoiselle and Pappagallo for women, Nunn-Bush, Arch Preservers and Edgarton for men, and Stride-Rite for children.

Now that the final store has closed, Tucker said her family also wanted to honor her father for dedicating his life to humbly serving his community.

“His love for this region shines through his work,” she said. “His heart for children and families will not be forgotten, rightfully earning him the nickname of the ‘Sole Man.’”

Deborah Mullens, of Goldtown in Jackson County, was one of the store’s last customers on Nov. 26, when she purchased two pairs of shoes for her grandchildren.

“My oldest son is 41 years old and I remember bringing him to the store in Charleston when he was a boy,” she said. “You just can’t beat the prices, customer service and personal attention you got when you came to Stride Rite. I hate to see the store closing.”

Foard said he plans to enjoy his retirement by spending more time with his family.

“I have three daughters, Sarah, Elizabeth and Virginia, and four granddaughters, Leuna, Jillian, Molly and Rosyln Grace, so I want to spend more time with all of them,” he said.

Tucker said her father’s service to the community will be missed as he leaves behind a legacy of love, family and, of course, shoes.