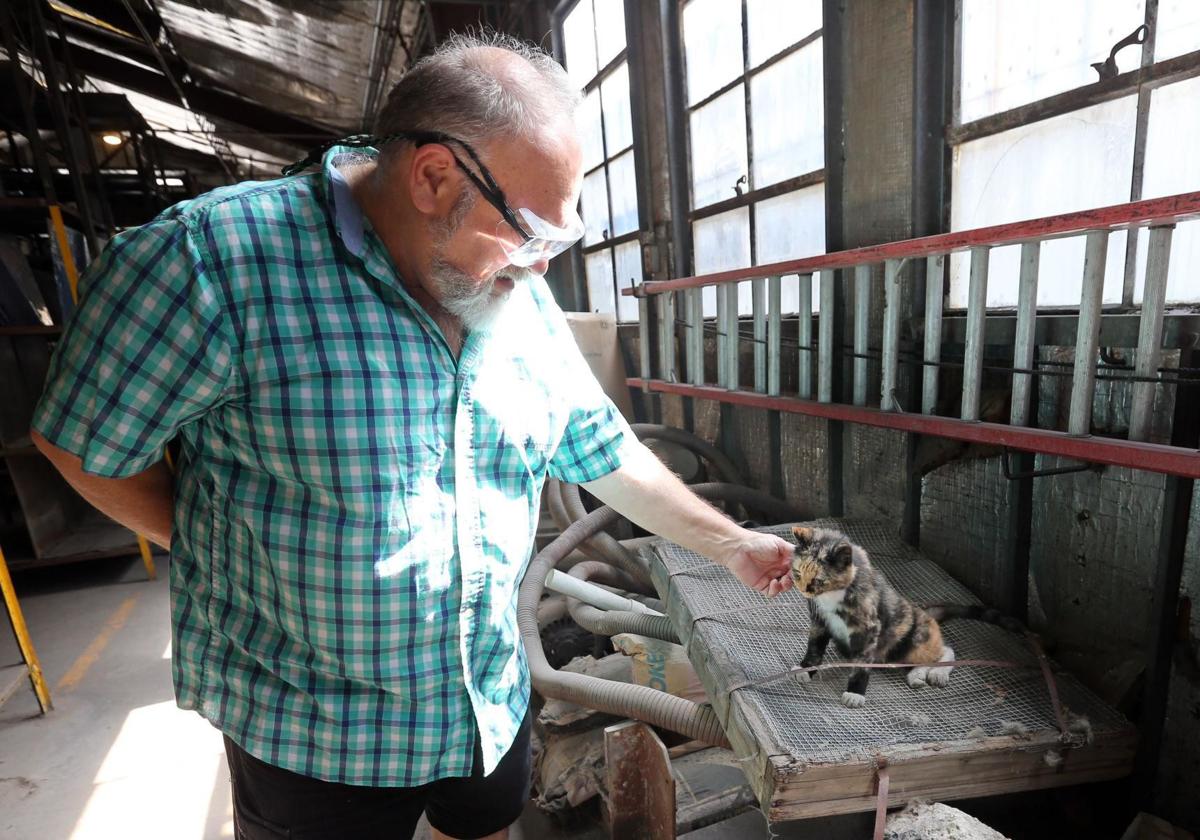 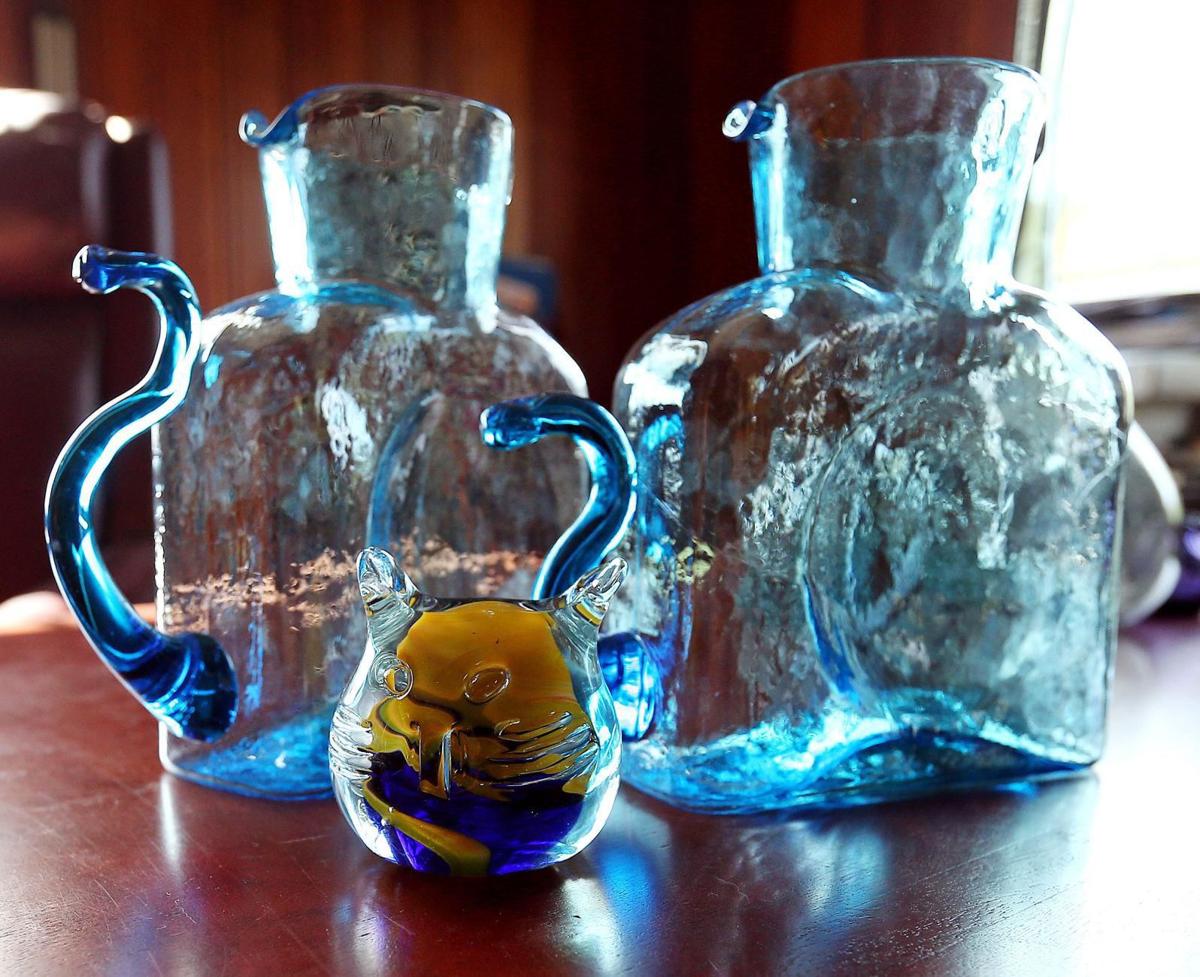 A few of the cat-inspired items on sale at Blenko Glass, including Blenko’s iconic water bottle with a cat tail.

A few of the cat-inspired items on sale at Blenko Glass, including Blenko’s iconic water bottle with a cat tail.

MILTON — In a back warehouse of Blenko Glass Co., sometimes a squeak can be heard from the shelves holding the colorful glass jugs and lamps to be packaged and sent to customers.

Dennis Elliot, when he hears that squeak, calls out to his work partner Kit, one of the handful of cats that make their home at the glass factory, earning their keep by keeping the place clear of rodents.

“When she’s whining, I have to go back and get her because I can hear her hollering,” Elliot said.

In honor of their feline employees, Blenko is celebrating Caturdays, which began on International Cat Day, Aug. 8 and wraps up Wednesday, Aug. 21. The two-week event features specialty cat-themed water jugs made just for Caturdays, along with specials on cat glass, cat night lights and other cat-themed items.

Dean Six, vice president and general manager for Blenko, said officials and employees were thinking about ideas to generate some interest as the company enters its slower part of the year.

“We’ve made a few cat-themed pieces before and they have been well received. Cat people are a pretty loyal bunch,” said Six, a cat owner himself.

The cat water jugs will only be made for the event, which the company plans to repeat next year. The lips of the jug are turned up like pointed cat ears and a tail elegantly forms a handle.

Six said the cat pieces are special, both because some are made just for the celebration but also because each glass blower makes a different piece.

“Most have been developed over the years by someone teaching them,” Six said. “They aren’t pieces in our catalog, so you have to come here to get them. One person makes the paperweights — I think that’s a Brittany thing. Justin makes the little solid ones. Jenny designed the cat suncatchers. Everyone had their hands on different cat pieces.”

As they make those pieces, it’s possible a real cat is nearby. Blenko currently has five resident cats, with one or two feral cats that slip in for a bite of food and a drink of water from the Blenko glass bowls that are found throughout the factory.

“One of our cats had been here for 18 years,” Six said. “He was blind and deaf. The employees would take pieces off their sandwiches to give to him. They gave him a fluffy place to lay. Because he couldn’t get around much, they would bring him pieces of bacon. Being an old cat at Blenko isn’t so bad.”

Six said the animals are great for staff morale, and Elliot, who has worked at the company for four years, said he agrees.

Six said each of the cats has seemed to attach itself to specific workers. Elliot thinks Kit chose him because he gives her the most attention, complete with a bag of treats that stays in his work station.

“She could be pet all day,” he said. “She loves attention.”

Along with cat weeks, Blenko has a new coloring book featuring their cats, starring Kit. Featured wearing the proper gear to enter the glassblowing warehouse, Kit leads readers on an adventure to explain how glass is made.

A new mural is also in the works that will have two black cats sitting on top of the letters spelling Blenko.

Six said he’s often asked why they don’t do similar events for dogs, but dog lovers are a bit harder to please because they are more breed specific.

Blenko is located at 9 Bill Blenko Drive in Milton. It is open 9 a.m. to 5 p.m. Monday through Saturday and noon to 5 p.m. Sundays.