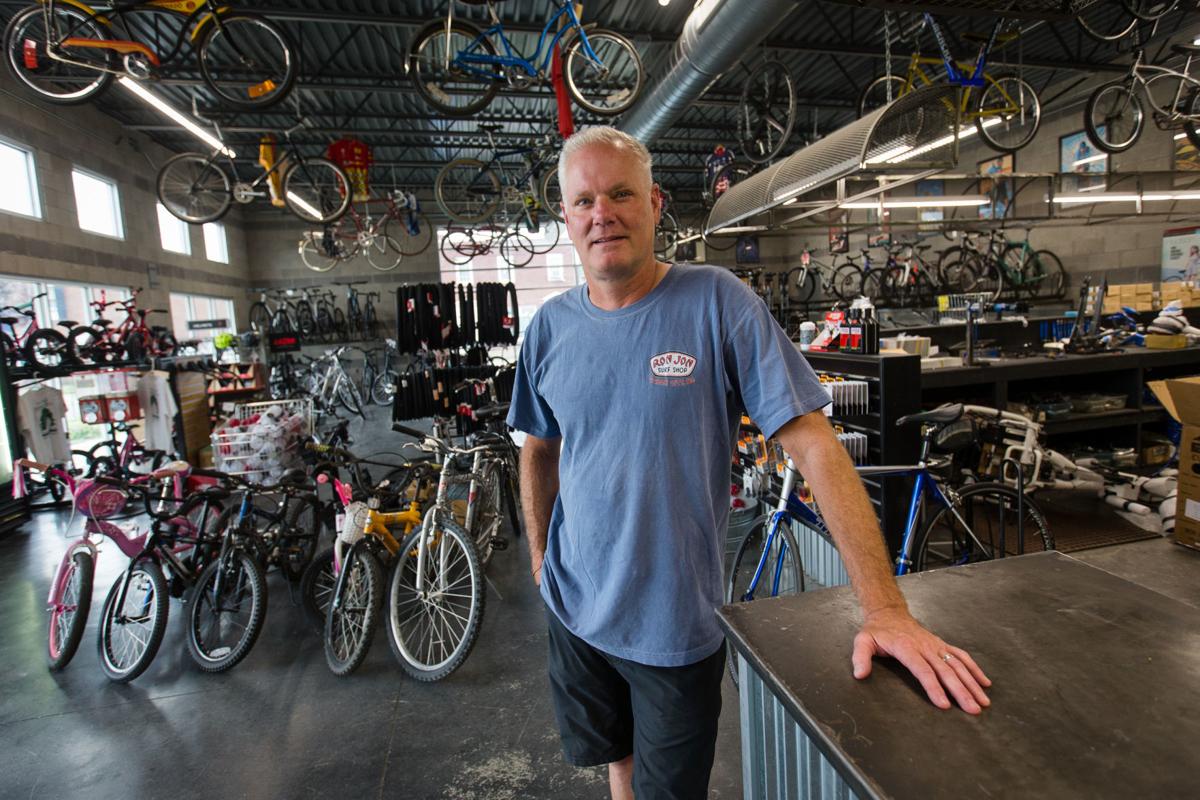 Jeff Joy, owner of Jeff’s Bike Shop, on Sept. 2 at his shop in Huntington. 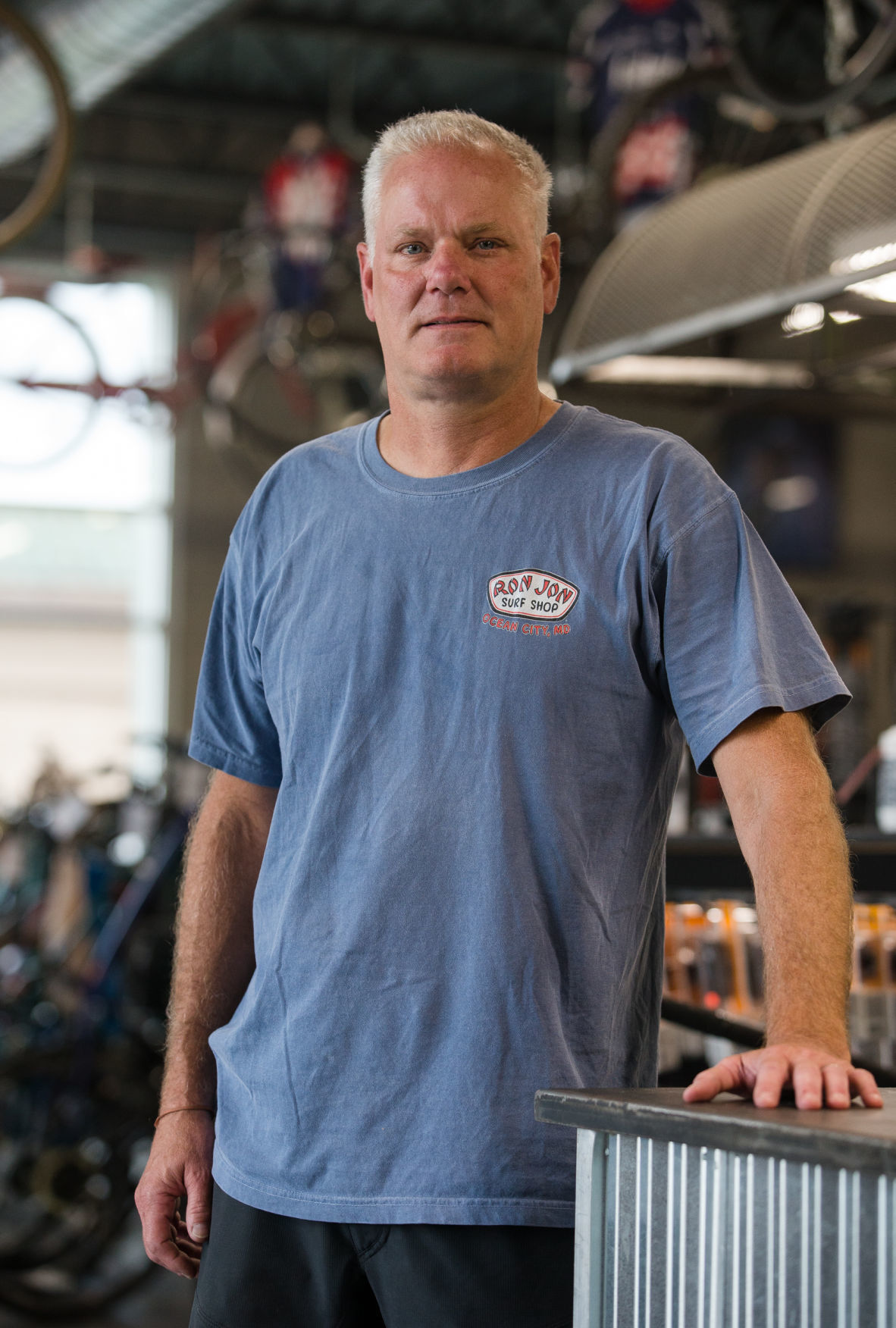 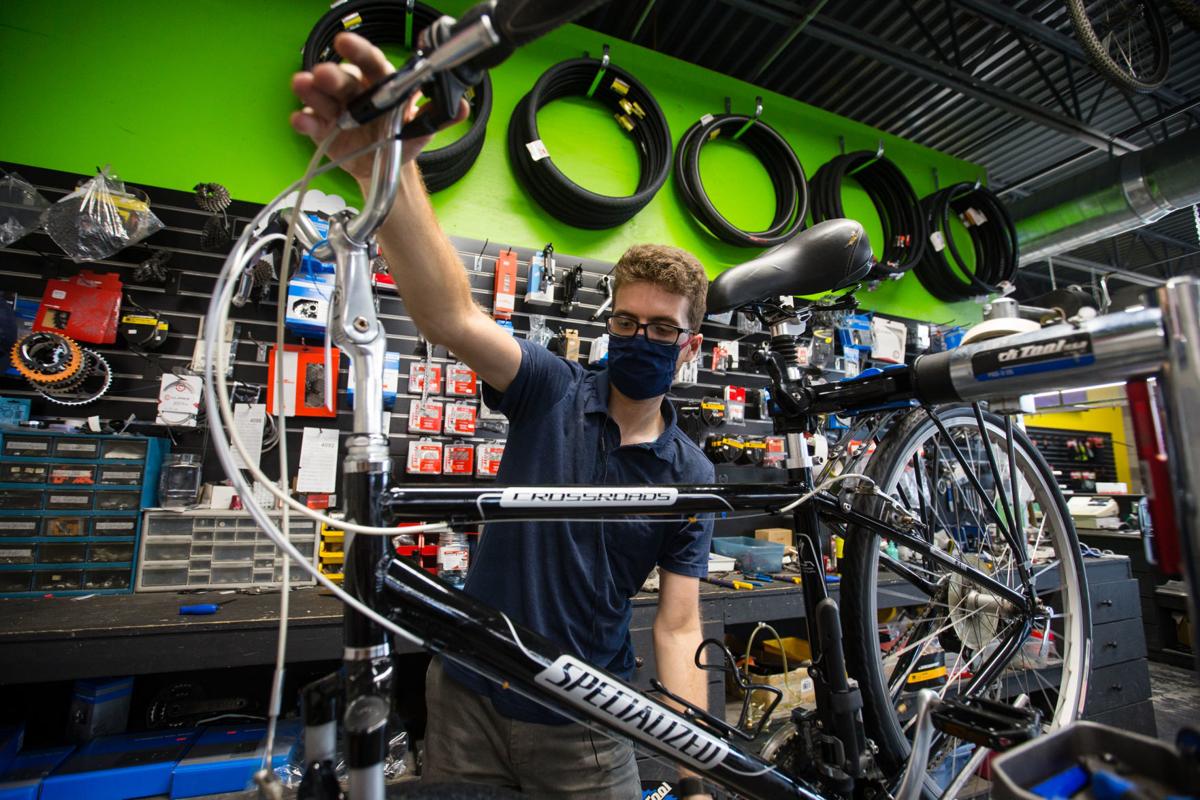 Jeff’s Bike Shop technician Peter works for repair a bike on Wednesday, Sept. 2, 2020, at the shop in Huntington. 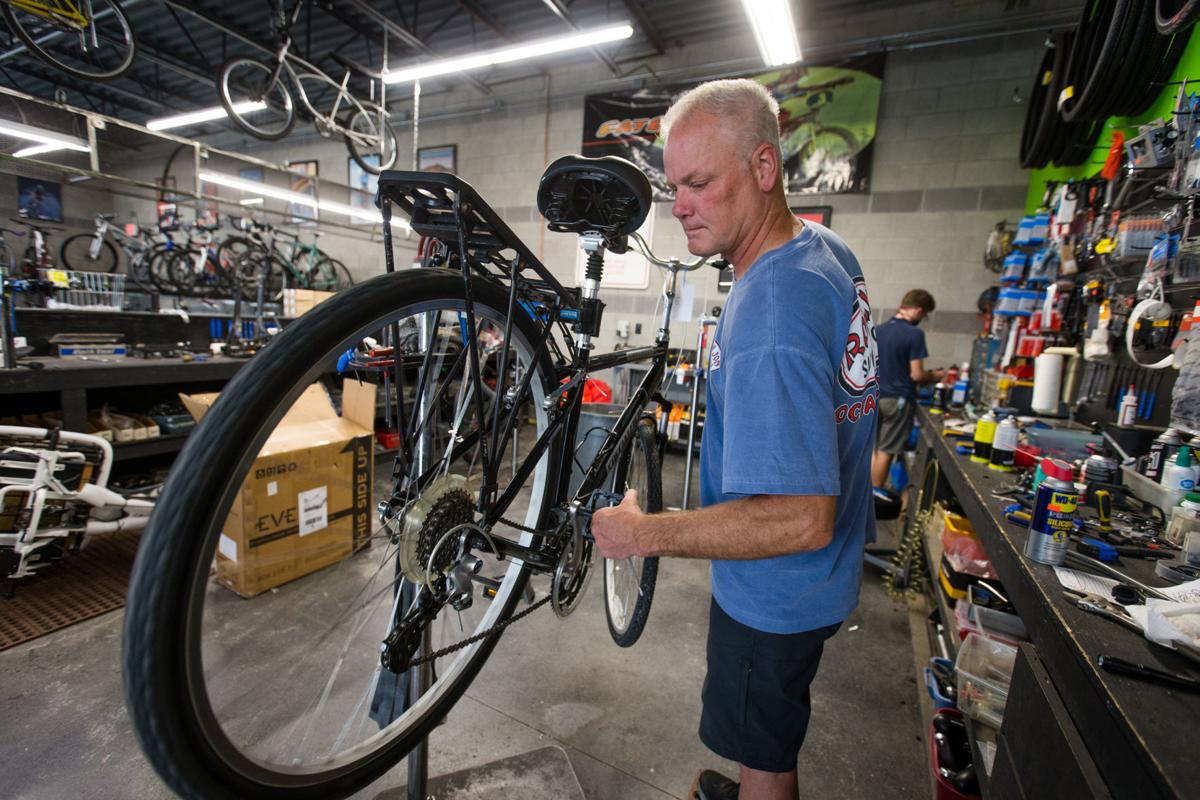 Jeff Joy, owner of Jeff’s Bike Shop, works to repair a bike on Wednesday, Sept. 2, 2020, at his shop in Huntington. 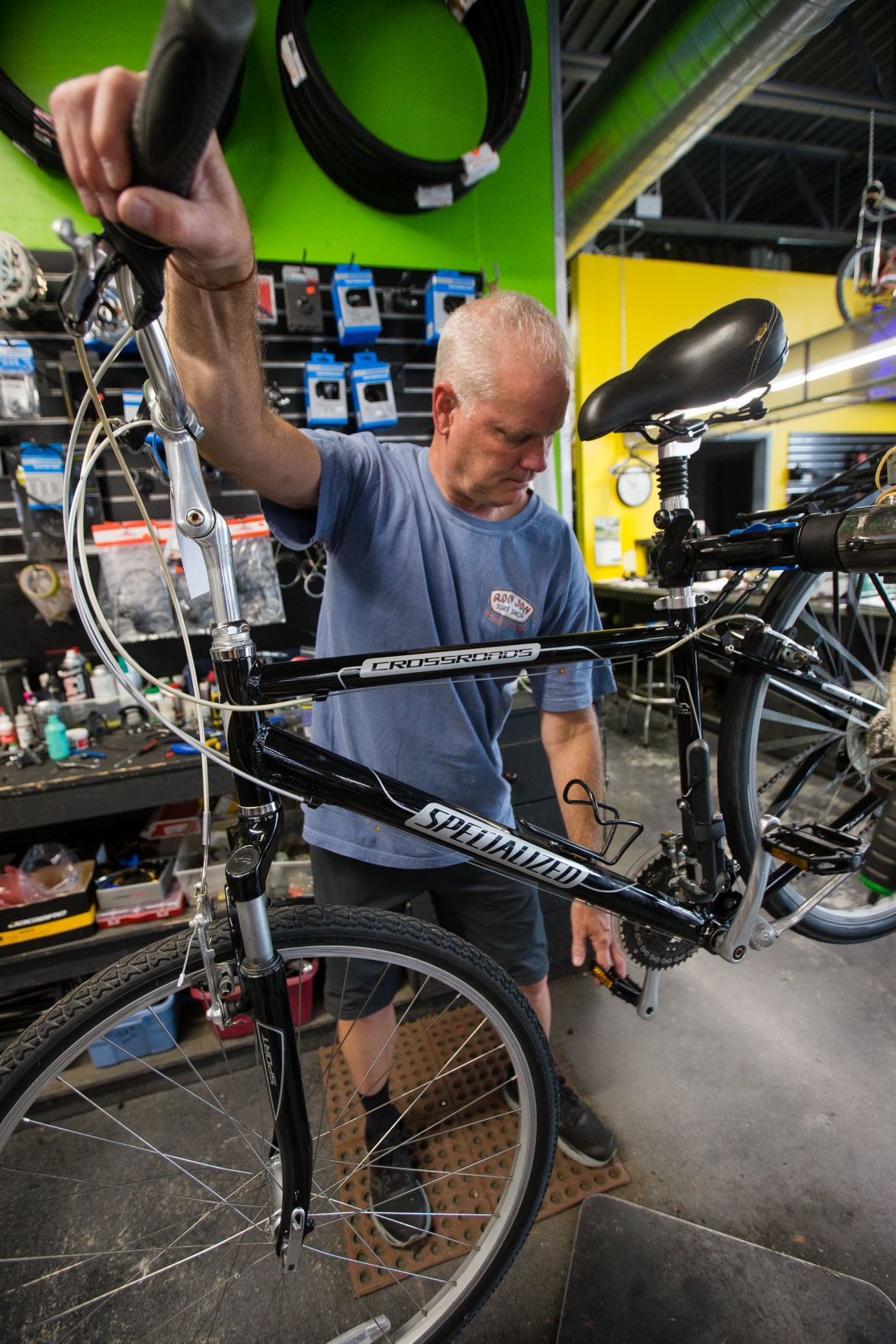 Joy checks out a bike setup. 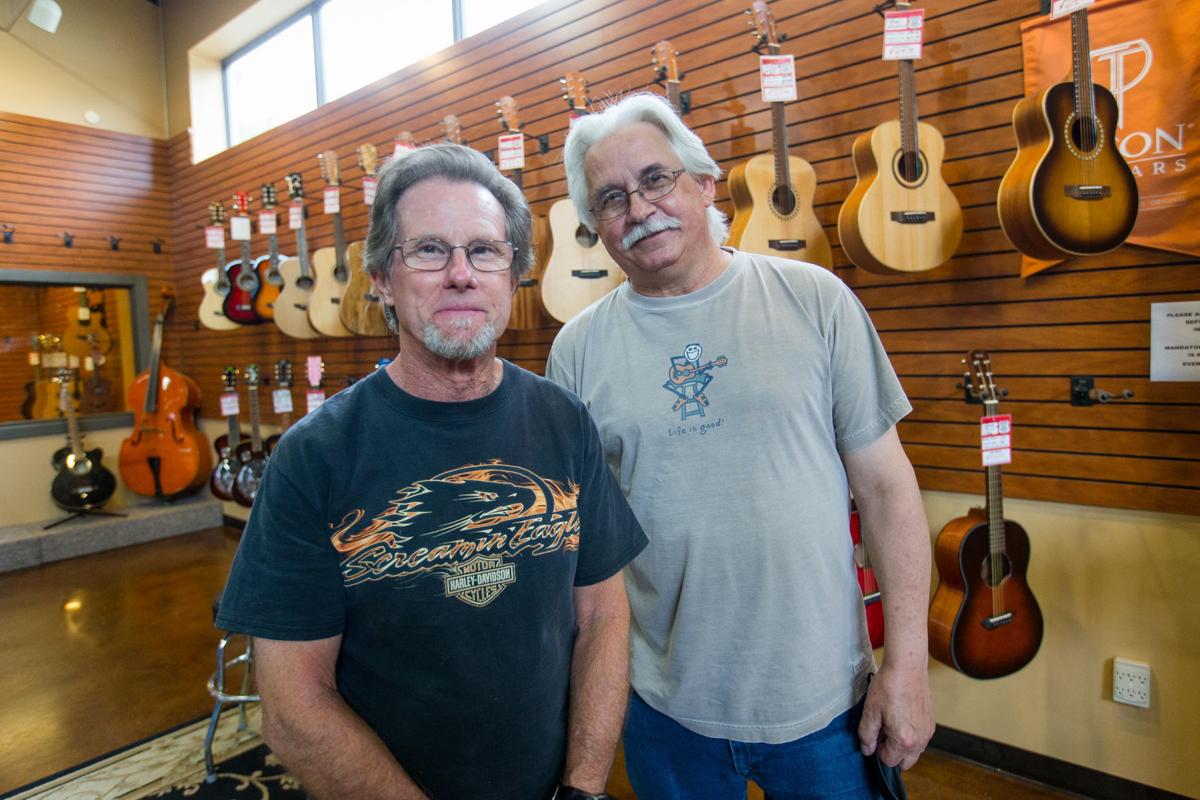 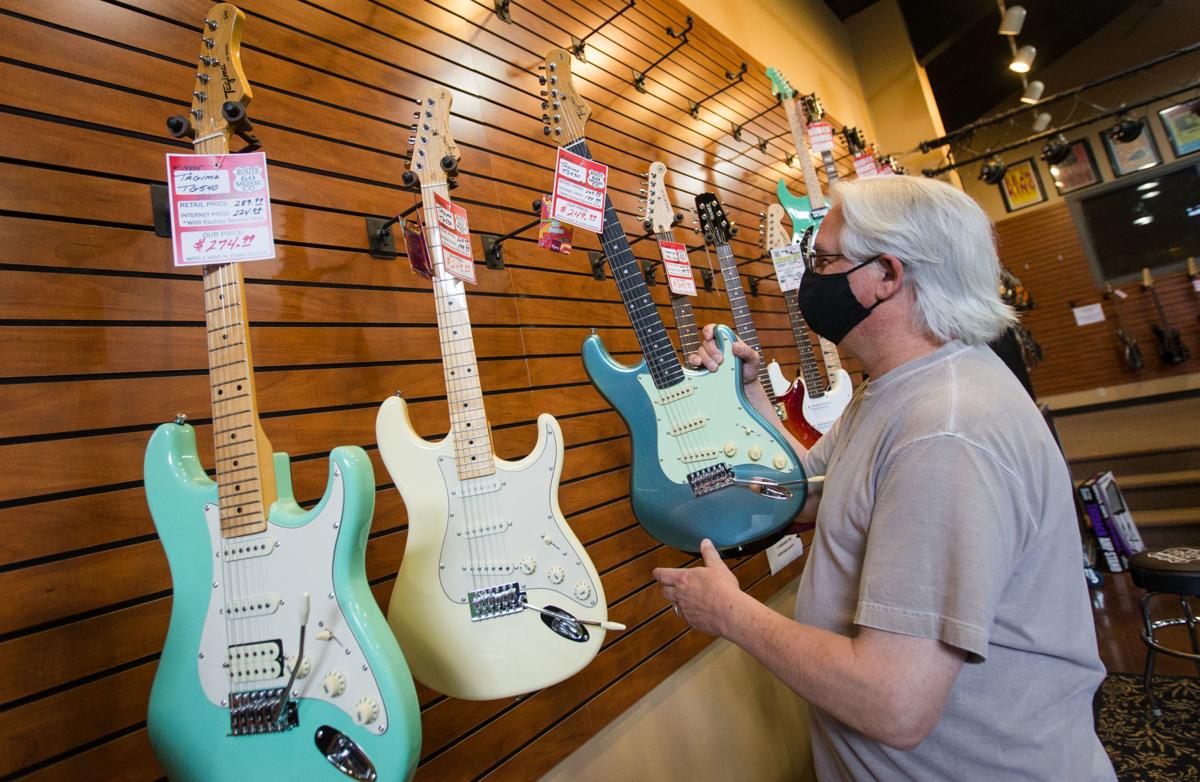 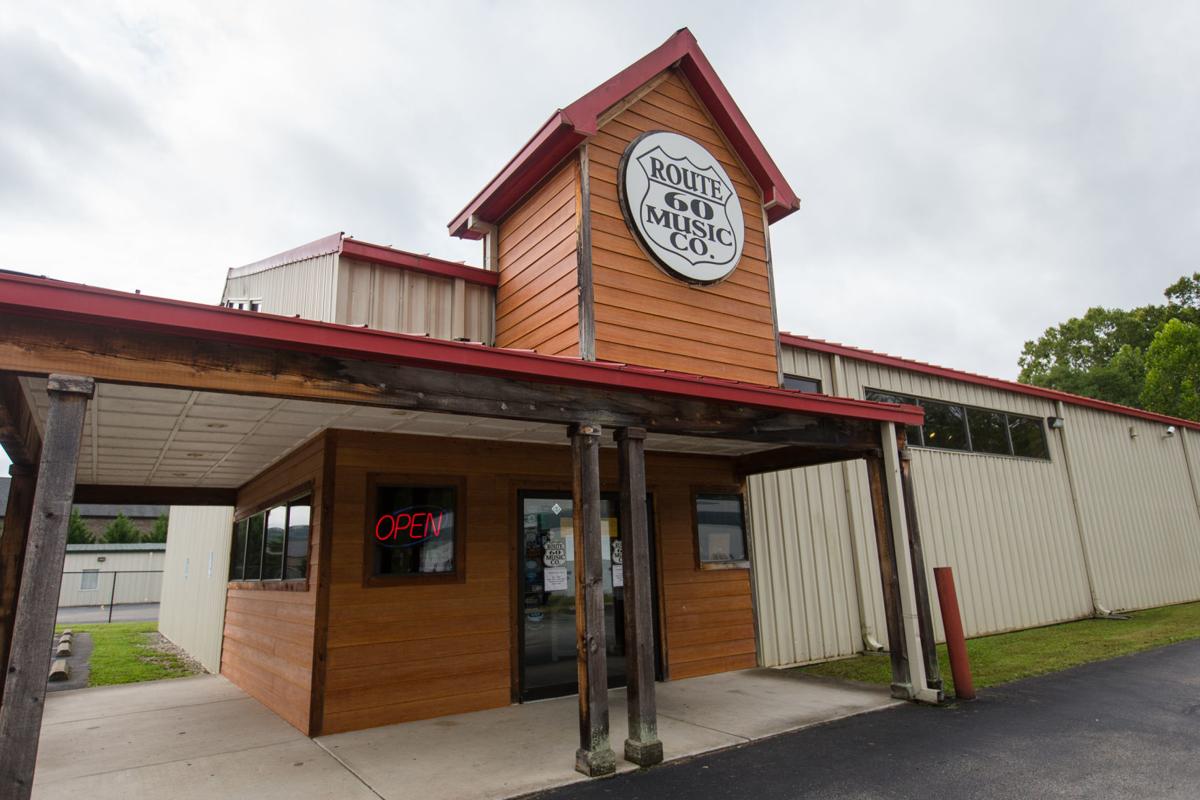 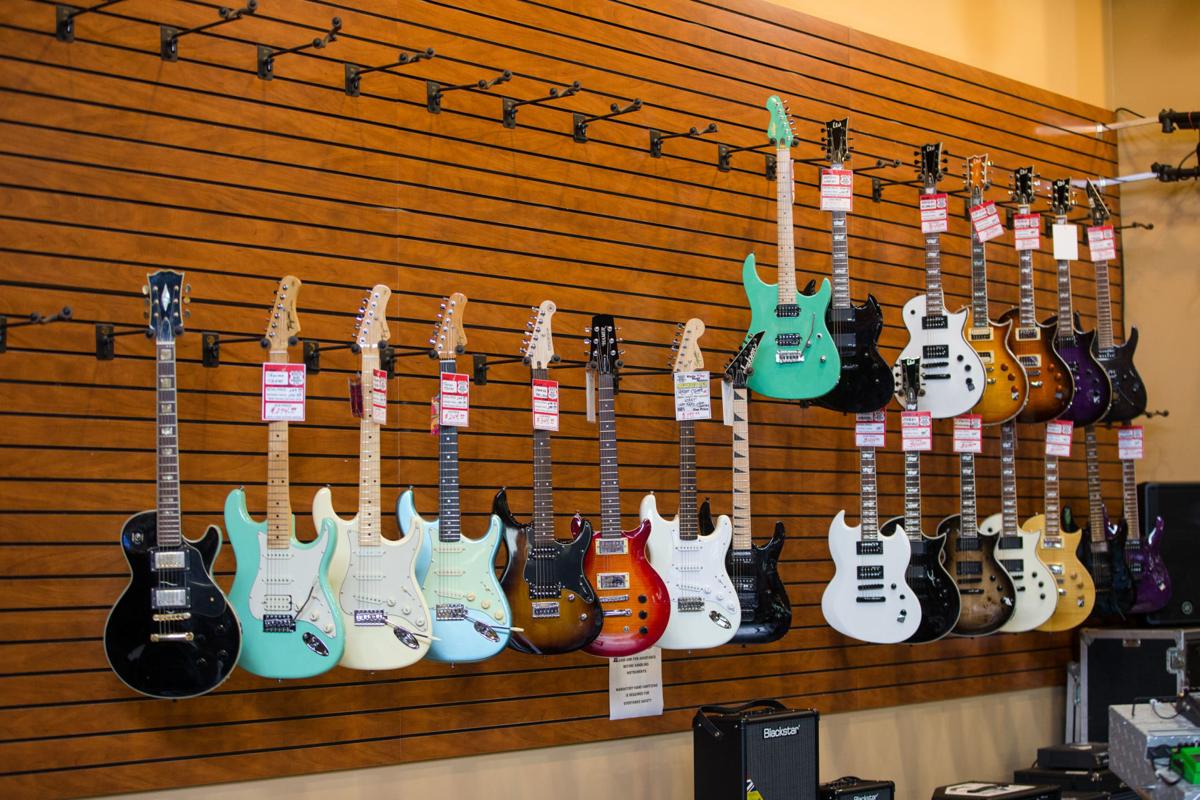 Guitar racks hang empty at Route 60 Music Co. as they deal with sparse inventory due to COVID-19 on Sept. 2 in Barboursville. 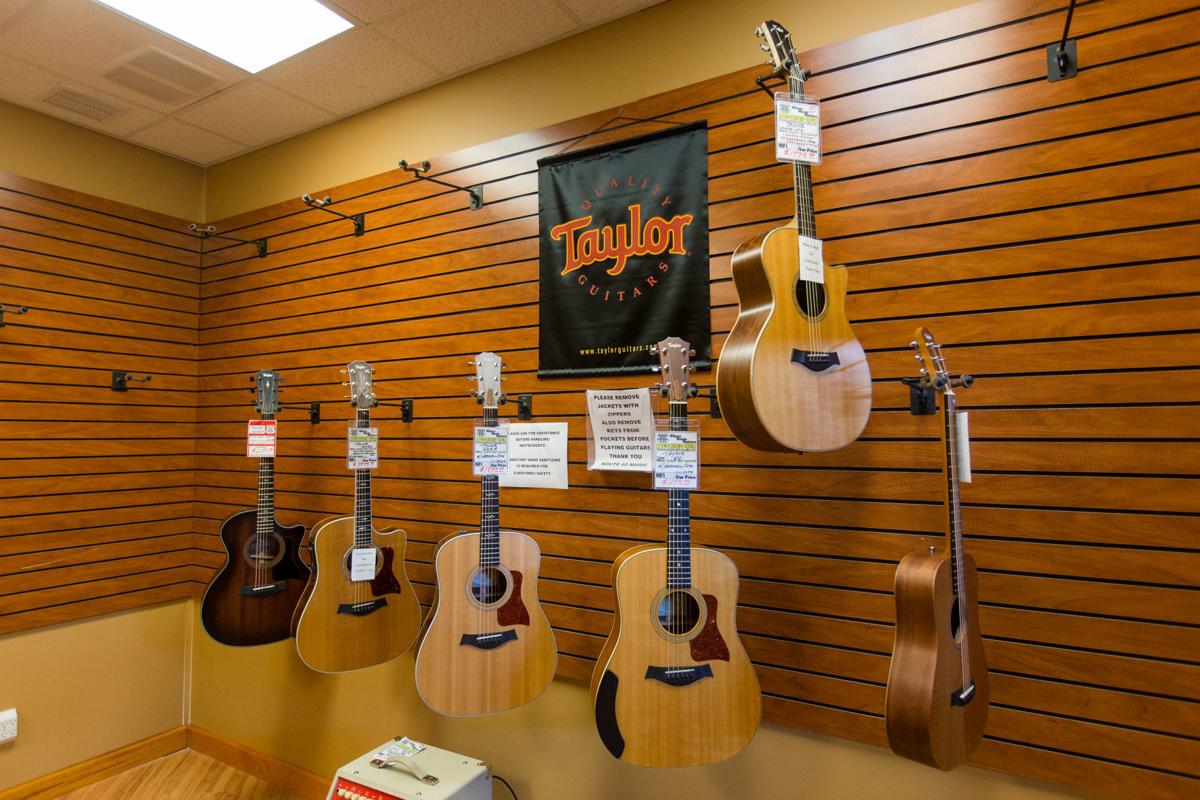 Guitar racks hang empty at Route 60 Music Co. as they deal with sparse inventory due to COVID-19 on Wednesday, Sept. 2, 2020, in Barboursville.

Jeff Joy, owner of Jeff’s Bike Shop, on Sept. 2 at his shop in Huntington.

Jeff’s Bike Shop technician Peter works for repair a bike on Wednesday, Sept. 2, 2020, at the shop in Huntington.

Jeff Joy, owner of Jeff’s Bike Shop, works to repair a bike on Wednesday, Sept. 2, 2020, at his shop in Huntington.

Joy checks out a bike setup.

Guitar racks hang empty at Route 60 Music Co. as they deal with sparse inventory due to COVID-19 on Sept. 2 in Barboursville.

Guitar racks hang empty at Route 60 Music Co. as they deal with sparse inventory due to COVID-19 on Wednesday, Sept. 2, 2020, in Barboursville.

HUNTINGTON — Jeff Joy said he could sell more bicycles at his downtown Huntington shop if he only had more in stock.

“Normally we have between 100 and 120 new bicycles in stock to sell, and currently we now have 10 to 15,” said Joy, owner of Jeff’s Bike Shop at 704 6th Ave., in Huntington. “Most of the stuff you see on the floor of the shop is bikes brought in for repairs.”

Paul Callicoat, owner of Route 60 Music Co., in Barboursville, is facing a similar situation. He said the store’s inventory is sparse because of the coronavirus pandemic.

“We will have been in business 20 years come January 2 and we have never faced supply chain issues like this before,” Callicoat said.

Jeff’s Bike Shop and Route 60 Music Co. are just a few of the more than 30% of American small businesses across all sectors reporting a disruption to their supply chain in June 2020 data from the U.S. Small Business Administration.

“We had one bike supplier tell us we would not be getting any more bikes from them until the first of the year,” Joy said. “The other two are basically in the same situation and are very low on certain parts and sometimes not having any, like bicycle racks that fit on top of a car. We haven’t had a car rack in here for two months.”

“We closed down in the middle of March due to the pandemic,” Joy said. “I remember it was a Thursday. We weren’t really sure what was going to happen, but by Monday I had so many messages and phone calls that people needed things fixed that I came back in on Tuesday to work on bikes.”

Joy did the repair work alone for over a month.

“It was challenging,” he said. “I probably worked harder than even when I first opened.”

Another challenge was looming in the months ahead due to COVID-19.

“We are also experiencing inventory shortages with certain sizes of inner tubes and tires, as well as general small parts to make basic repairs,” Joy said.

Joy said in the 32 years of the shop’s history, it had never had these types of inventory problems.

“Actually, when the mountain bike boom hit in the early ’90s, those kinds of bikes were hard to find, but now it’s everything. Not just with all types of bikes, but with everything, and it’s still continuing on,” he said.

Joy said his suppliers are the three largest in the country.

“We found out pretty quick that if they didn’t have the bikes, parts and accessories, then nobody had them,” he said. “We just have to deal with what we can get. We come in early in the morning and search for parts and if we find them great and if we don’t, we don’t.”

Joy said March was probably one of the worst months for revenue in the shop’s history.

“We actually had inventory in March, but the demand was slowed due to what was going on then,” he said. “When things started easing up, we ended up having our best month ever in May. In the months of April and May we sold 150 bikes, so we know the demand is there.”

Joy said while the demand continues to remain strong going into the fall, the supply is not.

“We believe the demand will remain strong through Christmas, but we are concerned if we are going to be able to get inventory to meet that demand,” he said. “I think we may have a little slowdown in October, which is the slowest time of the year for us anyway, but we are hoping that will give us an opportunity to restock and get ready for Christmas and the New Year.”

Jeff’s Bike Shop currently has over 300 bicycles on back order.

“We are just waiting to get them, and we remain hopeful that will happen soon,” Joy said.

Joy said the shop has been honest with customers about supply issues that the business is facing.

“It’s happening to several small and large businesses across the country, so I think they understand and they are still ordering new bikes,” he said.

In March, the store was heavily stocked with inventory, according to Callicoat.

“We were worried that if the pandemic shut us down we might be stuck with a huge amount of inventory,” he said. “In March it all went south. The store shut down and we didn’t reopen until May 8.”

When the store reopened, it was still fully stocked and business was booming.

“It was great,” Callicoat said. “People had stimulus checks, the unemployed folks were getting an extra $600 a week, and luckily people bought some guitars with that money. We sold a lot of our inventory.”

But then the store started having trouble getting inventory. The store has several suppliers — Yamaha, Taylor, Martin and at least nine others. It has five or six main distributors for other items.

“One of our main suppliers has told us we might not get inventory in until October,” he said. “We try to find other suppliers for inventory, and if we do we order. The biggest problem for us is that the bulk of our inventory comes out of China and the Far East. When the pipeline shuts down, it affects every link in the chain and it is hampered in some degree.”

Callicoat said he ordered 80 guitars from Yamaha and was told he might not see them anytime soon.

Callicoat said it’s the uncertainty of the supply chain that’s the major concern.

“We have no idea when our supply chains might return to normal, if they ever do,” he said.

Currently, the store is only 40% to 50% of its normal stock inventory.

“Right now I have one keyboard in stock,” Callicoat said. “Normally I stock a dozen to 15 keyboards. I have a guitar wall that’s literally 40% empty because I can’t get product to put on that wall. We had a customer today wanted to see our keyboards and I could only show her one due to our inventory shortage. She said she needed an 88-key Notewave piano and needed it that day. I didn’t have it, so I lost a sale on a $500 to $1,500 piano from the first customer through the door and I would normally have that in stock.”

Route 60 Music Co. also offers a music school for those wanting to learn to play stringed instruments, as well as drum and voice lessons.

“COVID definitely knocked our student count drastically because everyone was scared,” Callicoat said. “Normally we would have 350 to 370 student lessons a week, and now we are down to around 100 to 120. I guess the good news is that it’s slowly coming back.”

Callicoat said he believes small businesses are at a disadvantage versus their big box store competitors when it comes to getting inventory.