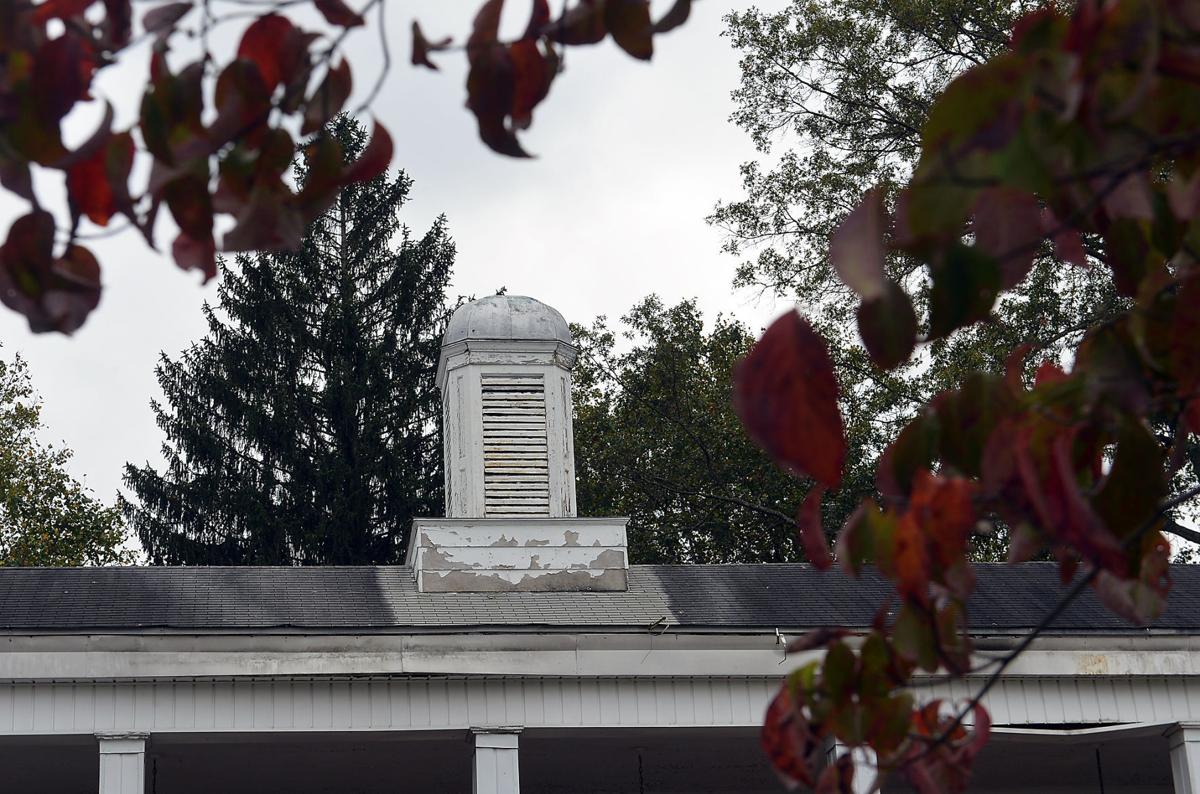 Exterior details from the former Morris Memorial Hospital in Milton. The Hoops family plans to renovate the former hospital into a 100-room hotel and resort. 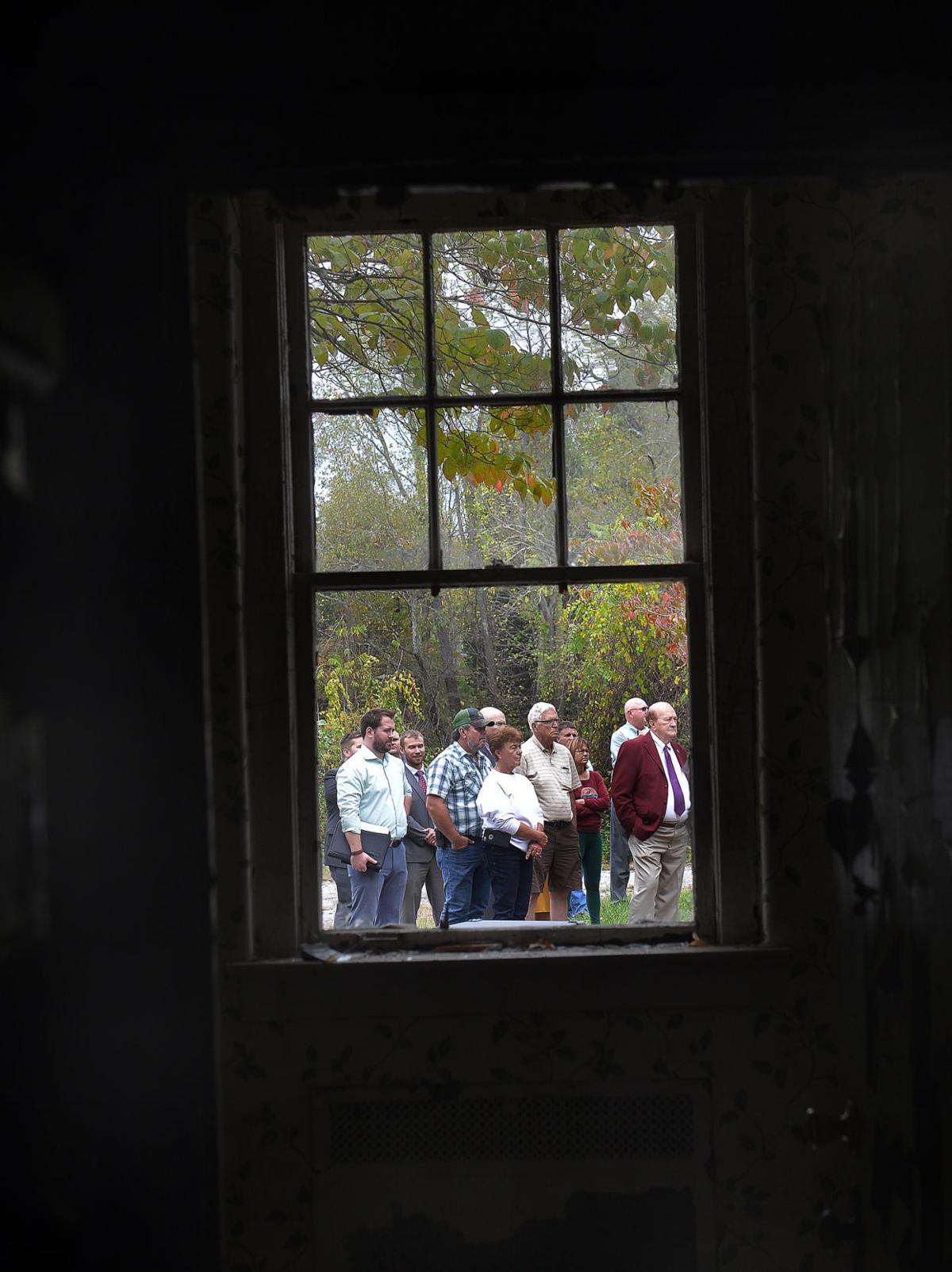 A Thursday news conference was held outside the former Morris Memorial Hospital in Milton to announce plans to renovate the former children's hospital into a resort. 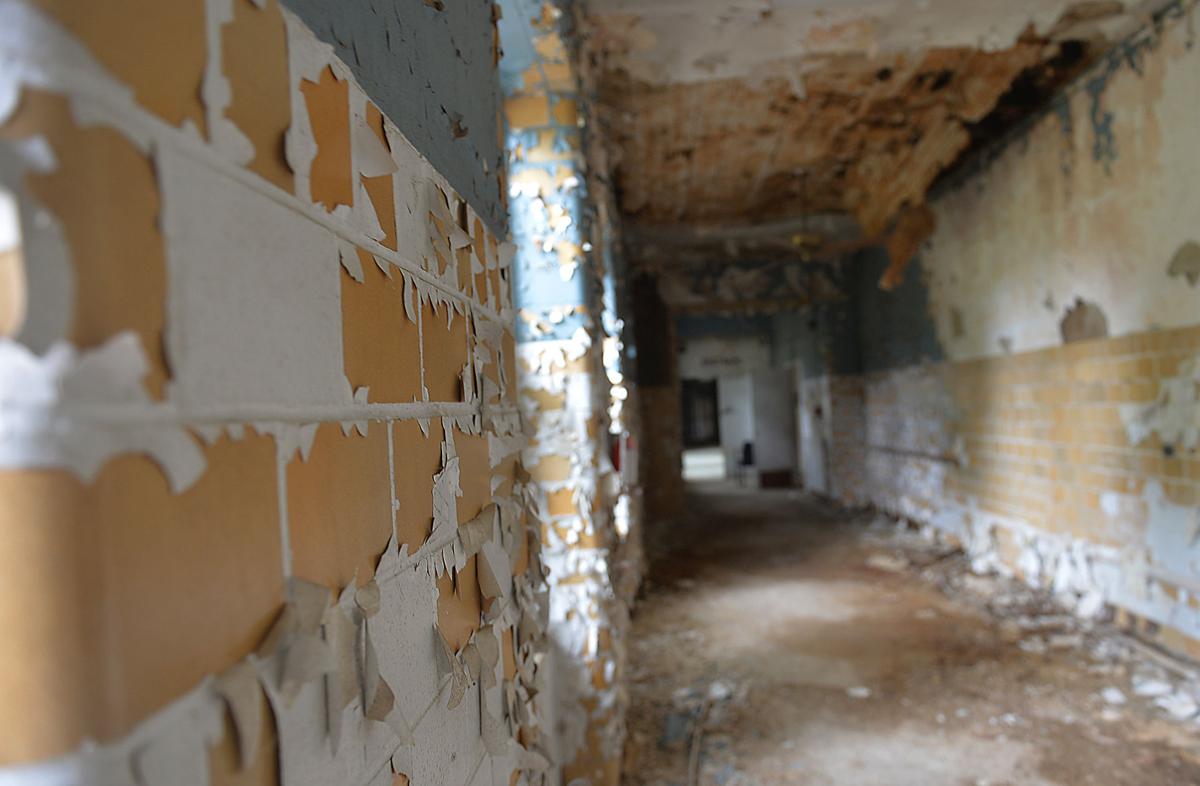 The interior of the former Morris Memorial Hospital suffers from years of neglect. The hospital has been vacant since 2009.

Exterior details from the former Morris Memorial Hospital in Milton. The Hoops family plans to renovate the former hospital into a 100-room hotel and resort.

A Thursday news conference was held outside the former Morris Memorial Hospital in Milton to announce plans to renovate the former children's hospital into a resort.

The interior of the former Morris Memorial Hospital suffers from years of neglect. The hospital has been vacant since 2009.

MILTON — Jeff Hoops gets emotional when he starts to think about the Morris Memorial property finally coming “full circle.”

Hoops and his wife, Patricia, officially announced their plans Thursday to build The Grand Patrician Resort, a multi-million-dollar project that will rehabilitate and develop the 189-acre property off of U.S. 60 in Milton.

“I get emotional. My aunt and [Patricia’s] brother were both patients here for polio,” Hoops said with tears in his eyes. “To see God take something that was used to treat kids that were hurting, a lot of them crippled for life, he always takes something bad and turns it for good.

“It’s just come full circle. In 70 years we’ve seen it come from a place to treat polio to a place where healthy kids can come, play sports, have weddings and celebrate.”

The Morris Memorial Hospital for Crippled Children is an 88,000-square-foot building on the property that has been vacant since 2009. The building has been deteriorating and vandalized since the hospital closed.

The Hoops family has entered into a partnership with the city of Milton to rehabilitate the building and develop the surrounding land. The hospital building will not be torn down, but rather rehabilitated and turned into a hotel space.

“We’ve lived here for the last 20 years, and this property always stood out,” Hoops said.

Preliminary plans for the project include a 100-room hotel with extended-stay suites, indoor and outdoor pool facilities, a grand ballroom and conference center, a 250-seat wedding chapel, a workout facility, soccer fields, a medical clinic and rehab center, a fountain in front of the hotel, horse stables and trails, a par-3 nine-hole golf course and townhouses.

Each hole on the golf course will be modeled after holes at popular courses at Pebble Beach, Augusta National and others.

The ball fields will be designed as replicas of the famous Yankee Stadium, Fenway Park, Wrigley Field and Camden Yards.

The Hoops Family Children’s Hospital at Cabell Huntington Hospital is named after the Hoopses. Jeff Hoops said the family hopes to provide a physical therapy-like rehab center on-site at the resort, possibly partnering with the hospital.

Construction is set to begin later this month. Hoops, who will serve as the project’s property developer, said he hopes the project will be completed within 30 months.

The name The Grand Patrician Resort is a “play on words,” Hoops said. Not only is it named after his wife, but it is a nod to the “elite” style of the resort and its future clientele, he said. “Patrician” also means nobleman or aristocrat.

Mayor Tom Canterbury said he has been working since 2009 to bring something to the Morris Memorial property to benefit the city. Milton said his vision is for the resort to attract people from all over to the country, therefore boosting the city’s economy.

The resort will be open to the local community, as well, Canterbury said.

“Today is Tom Canterbury Day. I’m just in awe,” he said. “It’s going to be great for the city of Milton.”

The Hoops family and Canterbury officially signed a property acquisition and development agreement at a news conference Thursday. The city formerly owned the property, but the Hoopses now own approximately 123 acres of the land, said Rodney Pell, the city’s director of planning and development.

“It is a true partnership. We’ll work together on it. What does it look like? How does it impact the environment? How can we help with storm water? Things like that,” Pell said. “They own it, but will be able to collaborate.”

The town began gathering ideas from the community toward the end of July, Pell said. The Hoops family approached the town with their plan in early August, and the project has been in the works since.

Officials said a dollar amount for the total investment wasn’t available at the news conference Thursday.

The Food Guy: A sneak peek and taste of the Capital Cocktail Classic