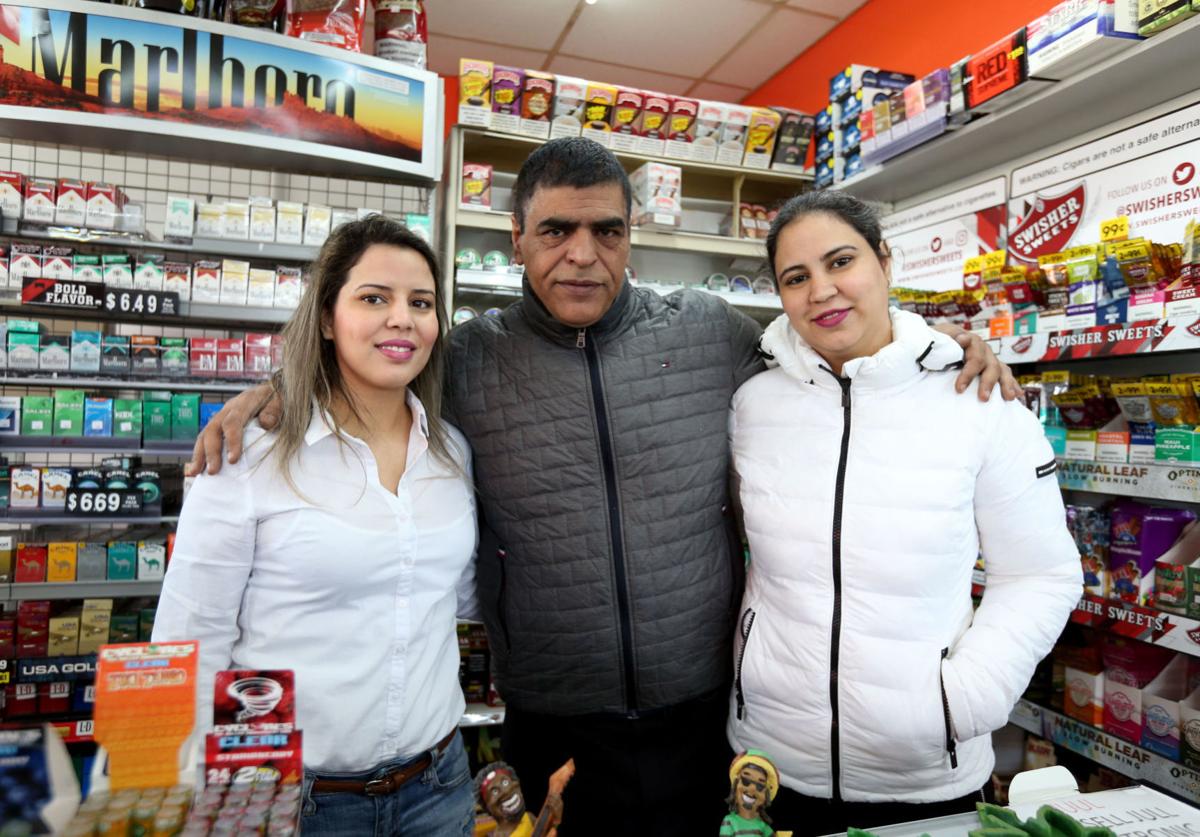 Lulu Mart, located at 1353 Madison Ave., is owned and operated by Imad Jarwan (center), who emigrated from Jordan in 1993. Jarwan’s wife, Rabia Ousdi (right), and her sister, Fatiha Ousdi, are immigrants from Morocco in North Africa. 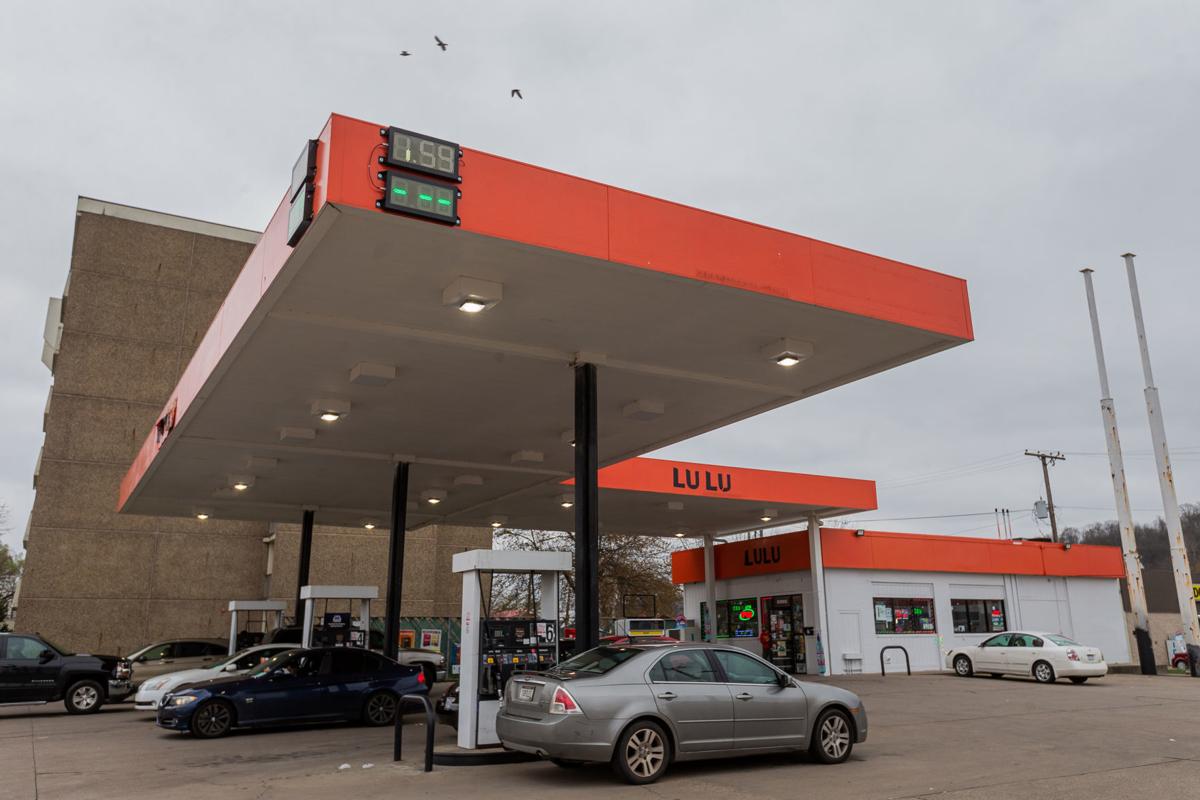 Lulu Mart, located at 1353 Madison Ave., is owned and operated by Imad Jarwan (center), who emigrated from Jordan in 1993. Jarwan’s wife, Rabia Ousdi (right), and her sister, Fatiha Ousdi, are immigrants from Morocco in North Africa.

The fact sheet is based on data from the Census Bureau. It shows that while immigrants account for less than 2% of the state’s total population, as consumers they spent $628.7 million on West Virginia’s economy in 2018. It also showed immigrant entrepreneurs in West Virginia generated $36.2 million in business revenue in 2018.

One example is Huntington businessman Imad “Sam” Jarwan, owner of Lulu Mart in Huntington’s West End. He emigrated from Jordan to the United States in 1993.

“I came to work at a summer camp for special needs children in New York,” he said. “Then I applied for graduate school and obtained my master’s degree in psychology from City University of New York.”

Jarwan also earned a Ph.D. in clinical psychology before coming to Huntington to become an entrepreneur.

“I worked with families and children, but my dream was to own my own business, so in June 2018 my wife and I began the process of opening Lulu Mart,” he said.

Jarwan’s wife, Rabia Ousdi, and her sister, Fatiha Ousdi, are both immigrants from Morocco in North Africa.

“We fell in love with the city and the state and decided to make it our home,” he said. “We have never regretted that decision. This is a wonderful place with wonderful people. I have never felt more comfortable and at home than I do in Huntington.”

Jarwan said Lulu Mart aims to have the lowest gasoline price in Huntington.

“There is a simple explanation as to why we keep our gasoline prices consistently low at this time,” Jarwan said. “Many of my customers are those in the food services industries that lost their jobs due to the coronavirus. This is not the time to be making average margins on gasoline. I can’t in good conscience do that. This is a time my wife and I want to help those that keep us in business.”

Jarwan has given away $250 scholarships to help local college students with books and also distributes free vouchers to many other retailers in the area as a way to give back to his community.

“During the pandemic we have given away toilet paper, paper towels, canned foods and more for free to help those in need,” he said.

Jarwan has been an American citizen for more than 20 years, and said his business contributes thousands of dollars to both the city and state.

“We took an abandoned building that was a liability to the city and turned it into an asset with a complete renovation,” Jarwan said. “It’s been very good for the West End of Huntington, as well as for the state of West Virginia.”

Jarwan is just one example of contributions West Virginia’s immigrant population is making in the state.

The American Immigration Council fact sheet revealed there is a wide range of occupations in West Virginia’s immigrant workforce. Immigrants account for 18% of workers in farming, fishing and forestry occupations, and 11% in the life, physical, and social sciences, according to the fact sheet.

It showed there were 3,985 immigrant workers in the education, training and library services occupations; 2,426 immigrant workers as health care practitioners, technologists and technicians; 2,136 in sales and sales-related jobs; 1,427 working in office and administrative support occupations; and 1,354 in management positions.

According to the fact sheet, immigrants in West Virginia made up 2% of the state’s labor force in 2018 and paid $185.7 million in federal taxes and $72.8 million in state and local taxes.

Some of other key findings showed nearly 48% of immigrants in West Virginia possess a college degree or higher. West Virginia’s estimated 29,500-plus immigrants are mostly here legally and are more likely to have a bachelor’s degree or a graduate degree than the state’s native-born population.

A report by the National Academy of Sciences titled “The Economic and Fiscal Consequences of Immigration” concluded that immigrants are essential to America’s economic growth. And the U.S. Department of Labor’s breakdown of employment showed about 25 million people in the American workforce, or 16.7%, were immigrants.

An analysis from the Small Business Administration found that 10.5% of U.S. immigrants own a business, compared with 9.3% of native-born Americans.