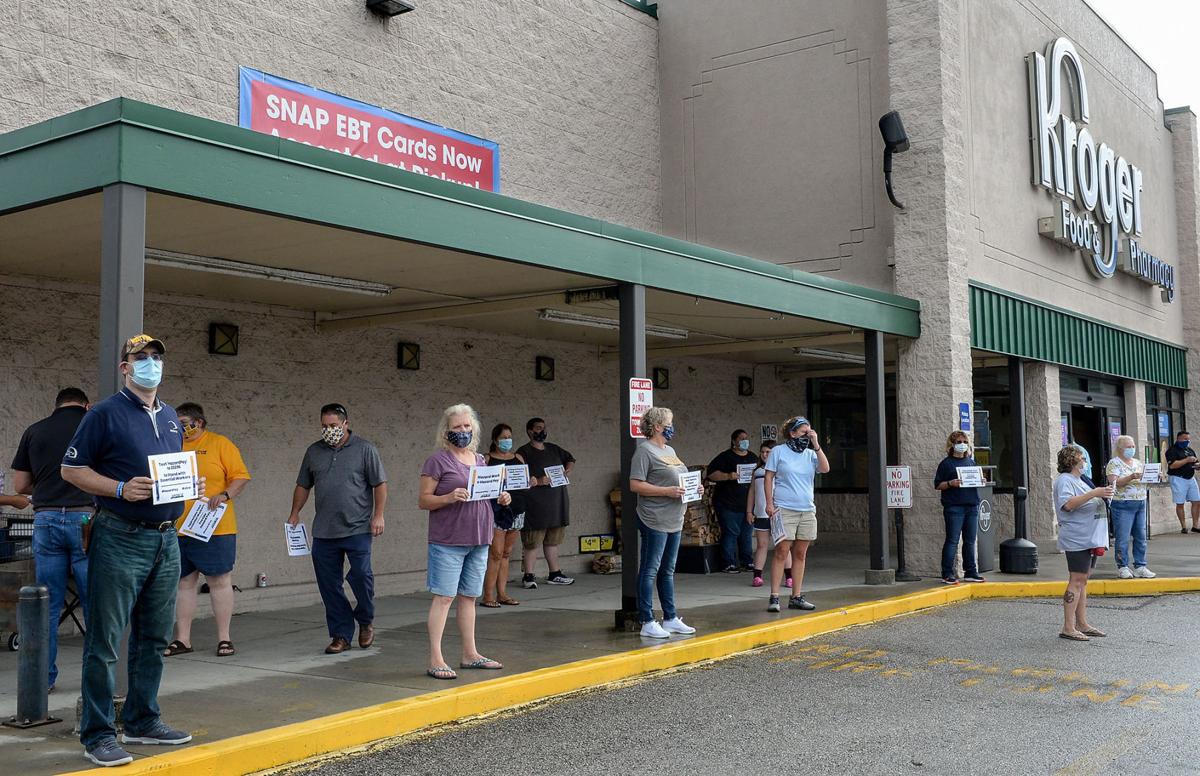 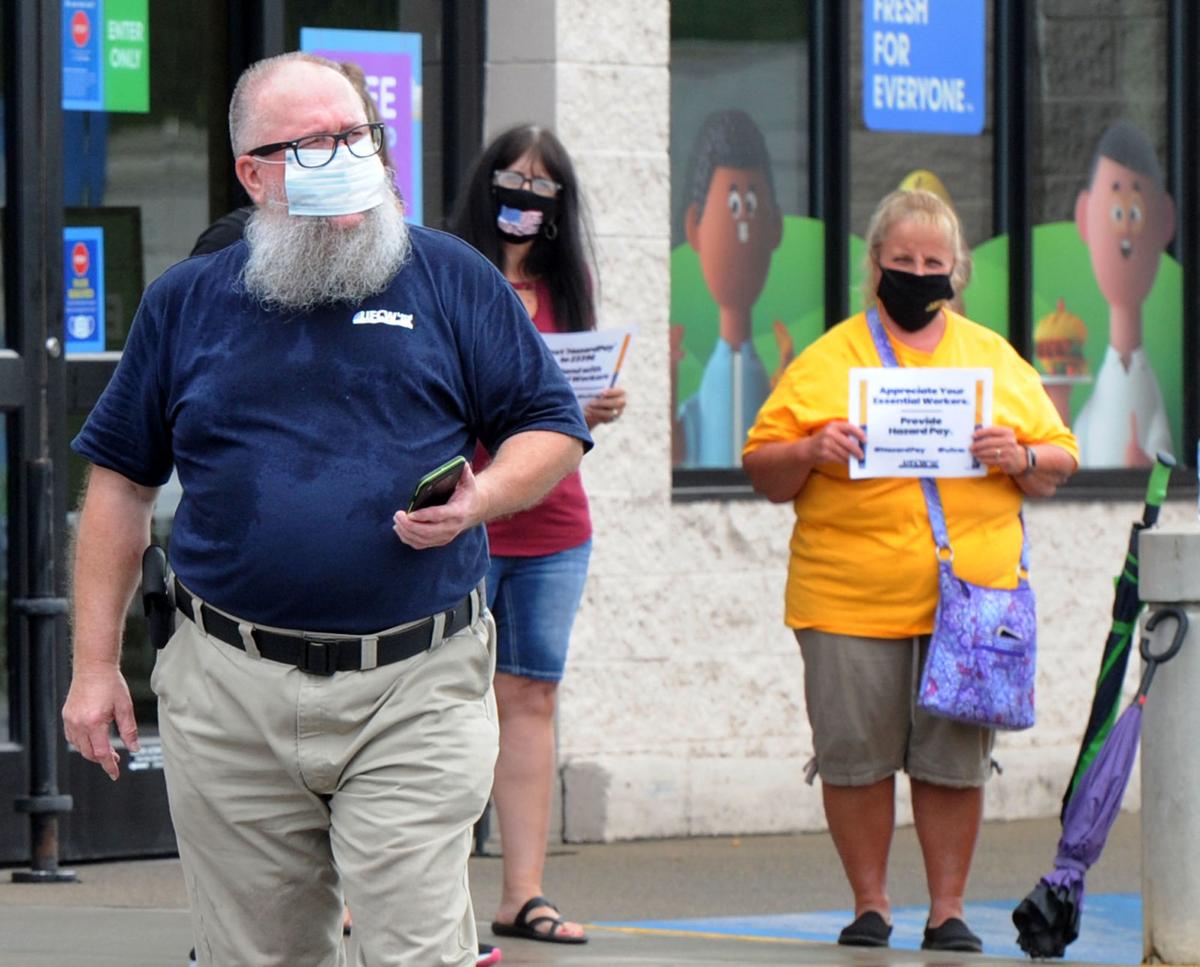 It didn’t take much to get Jenny Dotson to join protesters Thursday outside the Kroger off MacCorkle Avenue in Charleston.

She spent 30 minutes with more than two-dozen co-workers, employees from other Kroger locations and union reps. Dotson chatted from a socially safe distance and chanted pro-worker slogans before stepping inside to begin her shift at the store’s customer-service counter. It was not a work stoppage, because none of the Kroger employees was on the clock.

Dotson was wearing a mask, a constant accessory since she started her part-time job on April 22. All she knows of the grocery store life has been experienced under pandemic conditions.

“I love these people I work with, and they deserve a whole lot more,” said Dotson, 34, who has a full-time job in addition to her position at Kroger. “A lot of them have been here for years and years, working on their feet all day long. They have put in multiple, multiple hours. They deserve more.”

Thursday’s protest lasted about three hours and was part of a multi-state initiative coordinated by United Food and Commercial Workers Local 400.

It’s a union that represents more than 35,000 members working in retail food and department stores, health care, food processing services and other industries across the mid-Atlantic states. Workers held 18 simultaneous protests Thursday at Kroger, Safeway and Giant Food locations in Maryland and Virginia, as well as in Charleston, Beckley and Parkersburg.

The group’s aim is to have previous store programs, which provided additional compensation during the pandemic, reinstated.

In the case of Kroger, that means extending a “Hero Pay” program that consisted of a $2-per-hour increase to all associates that was activated March 29. Kroger also issued one-time bonuses of $400 for qualified full-time employees and $200 for their part-time counterparts, which were paid on June 18.

But it’s the Hero Pay, which was rescinded May 16, that union leaders want reactivated.

“For many of these folks, it can be the difference between being able to pay your bills or not,” Jonathan Williams, communications director for UFCW Local 400, said. “This is a really important program that we need to see reinstated. And the fact is that nothing has changed with this virus — there’s no cure, nothing’s happening. The hazard is still there and [there’s] absolutely no reason the hazard pay should be cancelled.”

Store management declined to comment for this report. In an emailed statement, Allison McGee, corporate affairs manager for Kroger Mid-Atlantic, said, “Since March, we’ve invested over $830 million dollars to reward our associates ... and safeguard our associates and customers. We also recently thanked our associates with a $100 store credit and 1,000 fuel points.”

Mark Federici, UFCW Local 400 president, responded in a letter to union membership: “This is a slap in the face to every Kroger union member who has risked their life and the lives of their families to come to work and keep these stores operating.”

He followed that with a letter to Kroger’s Mid-Atlantic Division again demanding the pay raise be extended.

Thursday’s protest wasn’t the first effort to get the raises extended. The union also organized a Hero Pay caravan on June 10. It consisted of cars going from store to store, circling Kroger parking lots in West Virginia and Virginia as a means of safe protest.

The union also wants stricter enforcement of mask mandates by members of store management, security or, if necessary, law enforcement.

Williams said the union produces a daily internal contact tracing report. According to that data, there have been 86 COVID-19 cases among union-represented employees within Kroger’s mid-Atlantic footprint — including 19 in West Virginia stores.

“Obviously, there’s still an issue, because we’re still wearing masks,” union representative Gary Southall, 64, said. “As long as there’s a mask, there’s a hazard. These are the folks who’ve been out there standing on the front lines. They’ve been checking people out, stocking shelves, keeping people fed. Kroger’s profits are up, sales are up. Do [the employees] deserve something for doing that? I think so.”