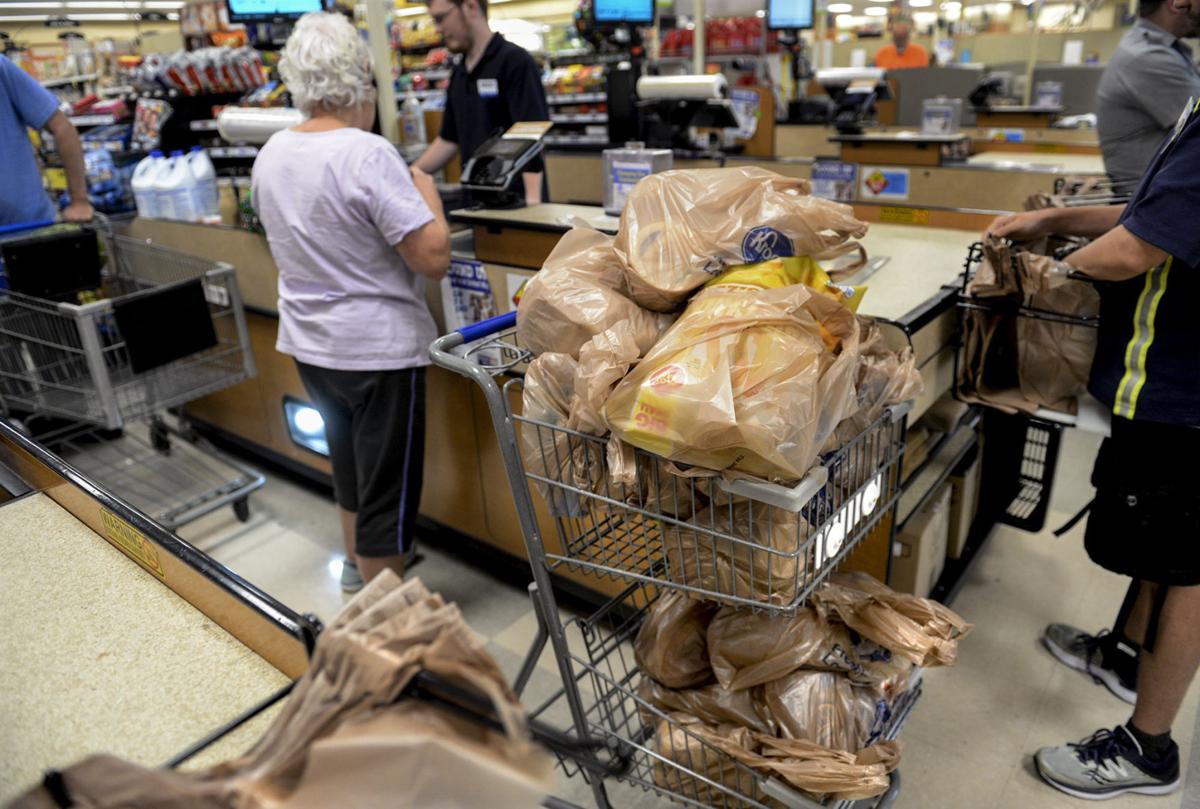 A shopper checks out with their plastic bags at the West Side Kroger in Charleston in 2018. Kroger announced it will be phasing out single-use plastic bags at its stores by 2025. 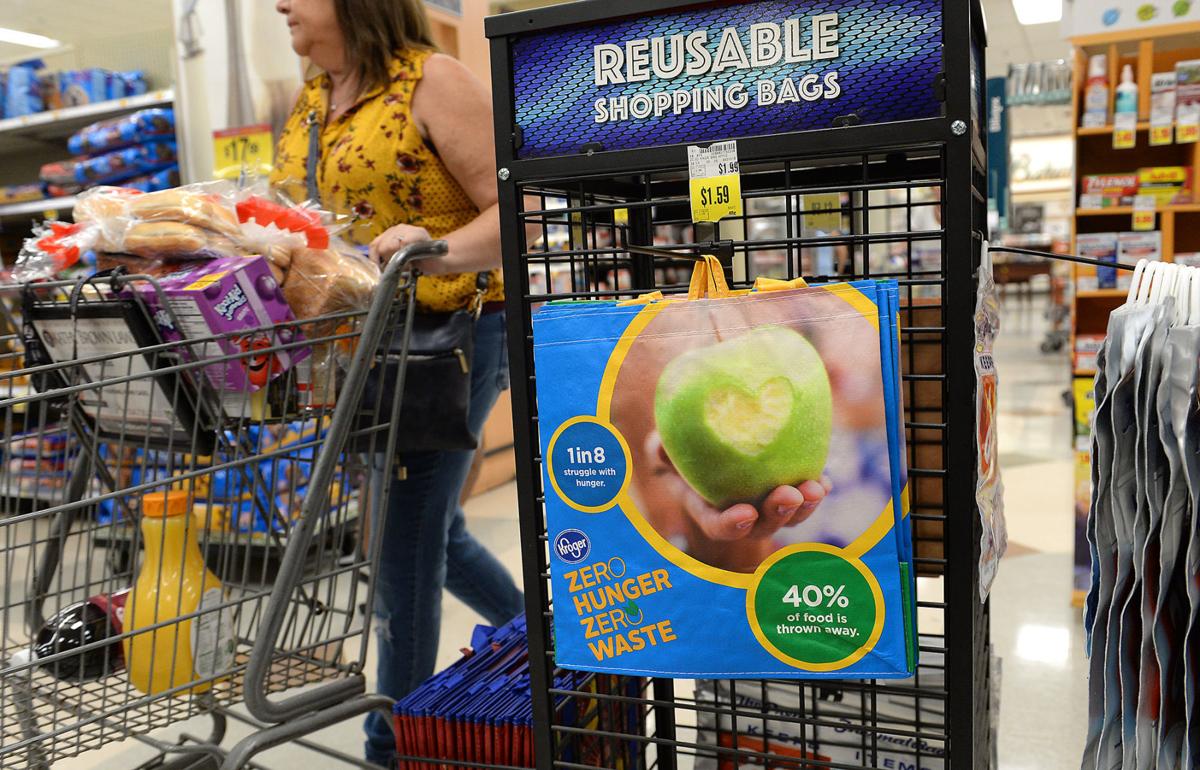 Reusable shopping bags are up for sale at Kroger. Kroger will be phasing out plastic bags by 2025.

A shopper checks out with their plastic bags at the West Side Kroger in Charleston in 2018. Kroger announced it will be phasing out single-use plastic bags at its stores by 2025.

Reusable shopping bags are up for sale at Kroger. Kroger will be phasing out plastic bags by 2025.

Kroger, the grocery giant with 41 West Virginia stores under its wing, announced Thursday it would transition from plastic bags to reusable ones by 2025 — a sustainability effort that may take time to catch on at other businesses with a Mountain State footprint.

Kroger CEO Rodney McMullen said “[t]he plastic shopping bag’s days are numbered” in a column published by The Cincinnati Enquirer. Customers have voiced concerns about single-use plastic bag waste, and the move falls in line with the company’s “Zero Hunger/Zero Waste” plan to end hunger and reduce waste, according to Kroger.

When exactly plastic grocery bags will stop being used at Kroger’s West Virginia stores has yet to be announced. The transformation starts in Seattle, where Kroger’s QFC chain will complete the switch in 2019.

Kroger does have reusable bags available for purchase in its stores now. Reusable bag costs, once plastic bags are eliminated, have not been determined, said Kroger spokeswoman Allison McGee.

“We firmly believe these reusable bags will be the best solution going forward,” she said.

Kroger’s announcement follows vows by other major companies to reduce waste through various initiatives. One recent example is Starbucks, which aims to nix plastic straws from its stores by 2020.

Jeni Burns, co-founder of the West Virginia Sustainable Business Council, said the move by Kroger is “great news” and a proactive step to help the environment.

“There’s a million ways a business can be more efficient in their waste and energy efficiency if they just take some time,” Burns said.

Kroger hasn’t elaborated on how exactly the move will affect its bottom line, but Burns, who also runs the catering business Ms. Groovy’s Kitchen, said sustainable practices often help companies save in the long run.

“For us, it’s being energy efficient and using less water,” she said. “We’re cautious about utilities we use because it saves us money.”

Ms. Groovy’s Kitchen also doesn’t use many plastic bags and recycles “pretty much anything,” Burns added.

“We are so far behind that, in my experience, there is little to no compelling will on behalf of government leadership anywhere to promote sustainable business practices,” she said.

According to the National Conference of State Legislatures, 73 bills have been introduced in state legislatures since 2017 relating to plastic bag use among retailers. Many of those propose a ban or fee on bags, the NCSL said.

West Virginia has not enacted plastic bag legislation, according to the NCSL. In 2012, a bill did propose a 5-cent plastic bag tax on grocery stores, drug stores and convenience stores, but it never got out of committee.

Still, it’s only a matter of time before more plastic bag-related bills are introduced to the State Legislature, said Traci Nelson, president of the West Virginia Oil Marketers and Grocers Association.

Other retailers in West Virginia will likely watch Kroger’s development “from the sidelines” before making any leap to eliminate plastic bags, Nelson said. West Virginia customers are becoming more receptive to reusable bags, but likely not enough for wholesale changes, she said.

“I don’t think we’re there yet, but every year things go more in that direction throughout the country,” Nelson said.

Jeff Joseph, owner of the Bigley Piggly Wiggly grocery store in Charleston, said when a major competitor like Kroger decides to stop plastic bag use, “it pushes people to sit up and take note.”

As far as the future of plastic bags at his stores, Joseph said the matter has been discussed but no decisions have been made. He said Piggly Wiggly is conscientious of the environment, but he noted it’s not as simple as just declaring plastic bags are no more.

“There’s a lot of logistics that go into a viable alternative, an efficient alternative and a reliable supplier of that alternative. There’s customer acceptance that has to go along with that,” he said.

The consumer push to escape plastic use appears to be there, Joseph said, although he added that it’s a safer move in places where there is a larger customer base, like California.