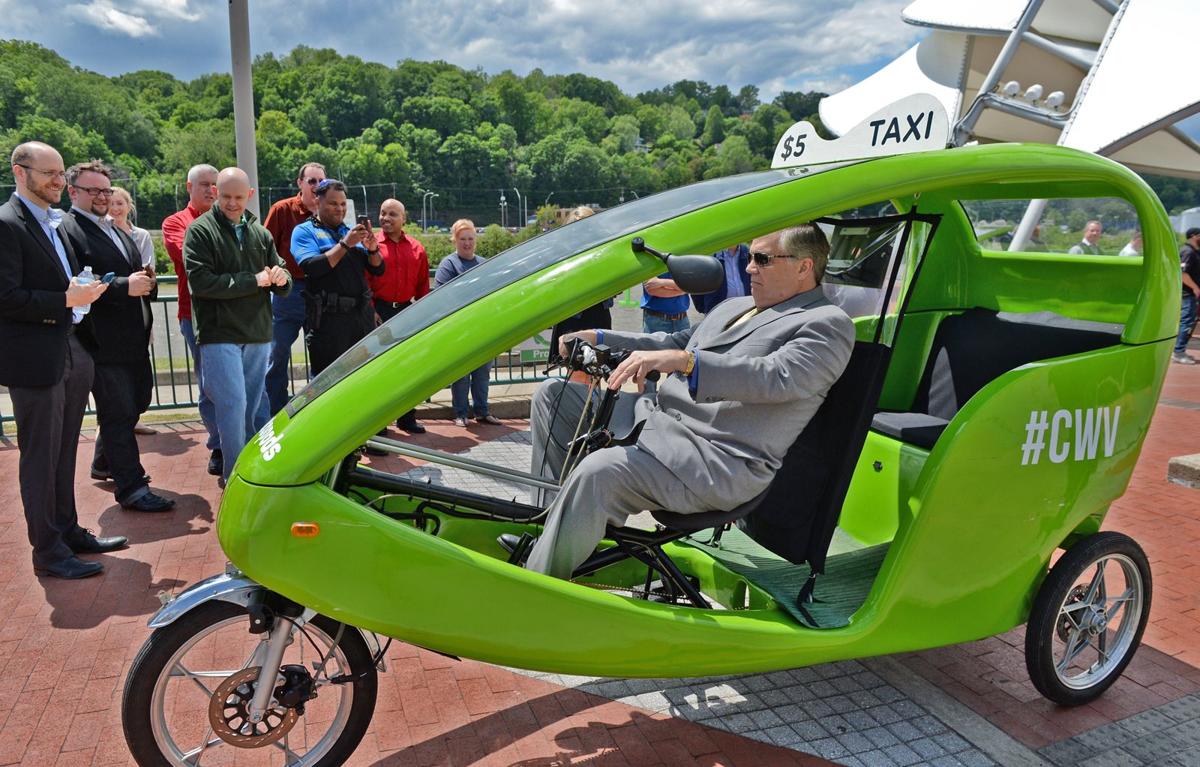 Motorized pedicabs are now on the streets of Charleston and, on Friday, Mayor Danny Jones took one of the first test drives. 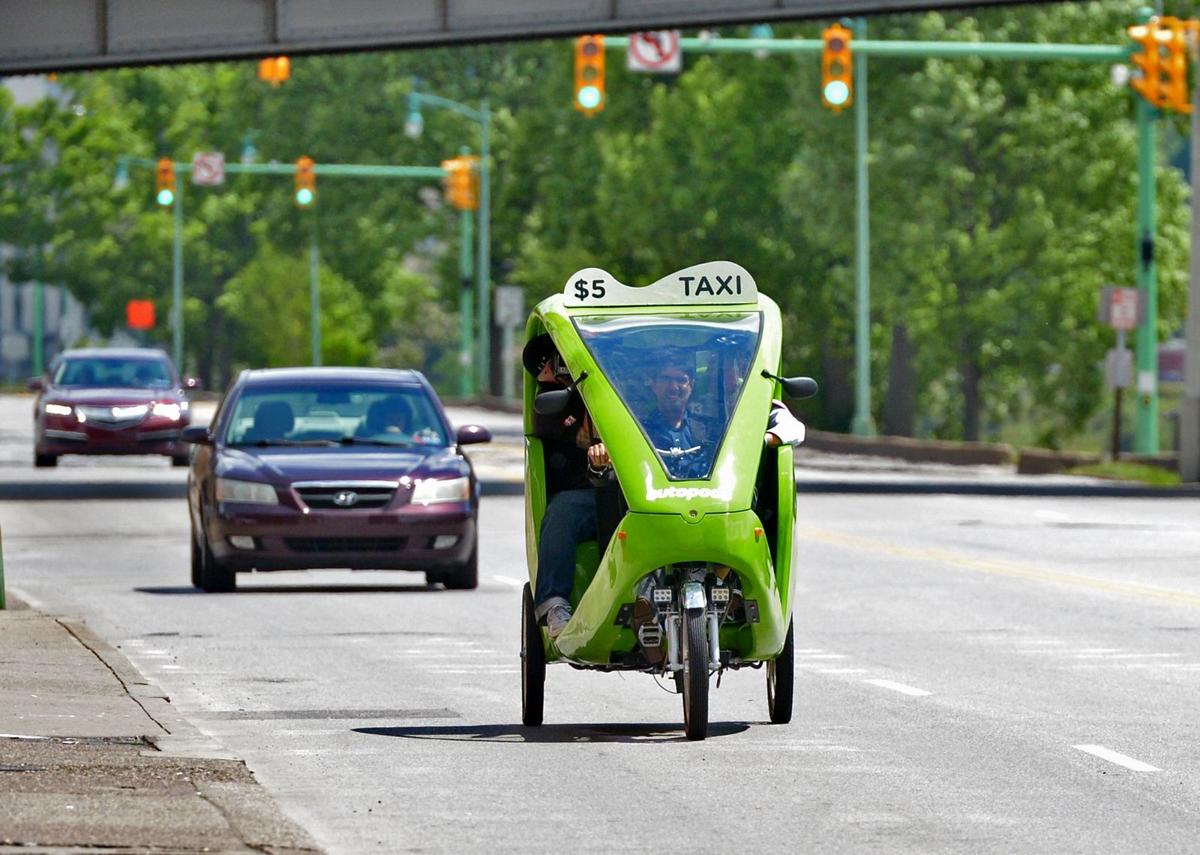 An Autopod, owned by a company from Pittsburgh, cruises down Kanawha Boulevard on Friday.

Motorized pedicabs are now on the streets of Charleston and, on Friday, Mayor Danny Jones took one of the first test drives.

An Autopod, owned by a company from Pittsburgh, cruises down Kanawha Boulevard on Friday.

Autopods, a pedicab company started by two Carnegie Mellon graduates, is expanding outside of its Pittsburgh headquarters for the first time, to gauge its success in Charleston.

The pedal-powered microtaxis are battery assisted, to give drivers an extra boost when needed. The charged battery runs up to 80 miles.

Autopods can reach a top speed of 20 mph, Apte said.

The taxi service offers rides within a 2-mile radius of downtown. All rides have a flat rate of $5.

“We believe this city is a perfect fit for microtaxis,” Apte said Friday.

Apte said riders can either hail the Autopods on site or request a ride by downloading the company’s free app, PickMeApp.

City officials took rides in the two lime-green Autopods that will be buzzing throughout the downtown area for the next several months.

Unlike other pedicab companies, Autopods’ revenue driver comes from advertising, rather than from fares.

The two taxis unveiled Friday boasted the Charleston Convention and Visitors Bureau logo on the back of the cabs. Businesses can purchase advertising space on the cabs’ exteriors, as well as on an iPad inside the Autopod that faces backseat passengers.

Businesses in Pittsburgh that purchased advertising space through Autopods netted about $1,200 in monthly revenue, Apte said.

The Charleston Area Alliance first learned about Autopods during a visit to the TransTech Energy Conference, in Morgantown, last November.

After teaming up with the Convention and Visitors Bureau, the two groups worked to help Autopods set up its local operations.

“We’re giving them free rent at our office for six months, to let them get their feet wet,” said Matt Ballard, alliance president and CEO.

Apte and Vidhani will begin giving rides starting Saturday. The cabs will be available for those attending the East End Yard Sale, as well as Foam at the Dome, a beer festival.

“We, basically, put our calendar with their calendar for the next month,” Ballard said.

In the coming weeks, the company will hire and train local drivers to operate the cabs.

The cabs have headlights and turn signals. They’re not allowed to drive on any interstates or freeways.