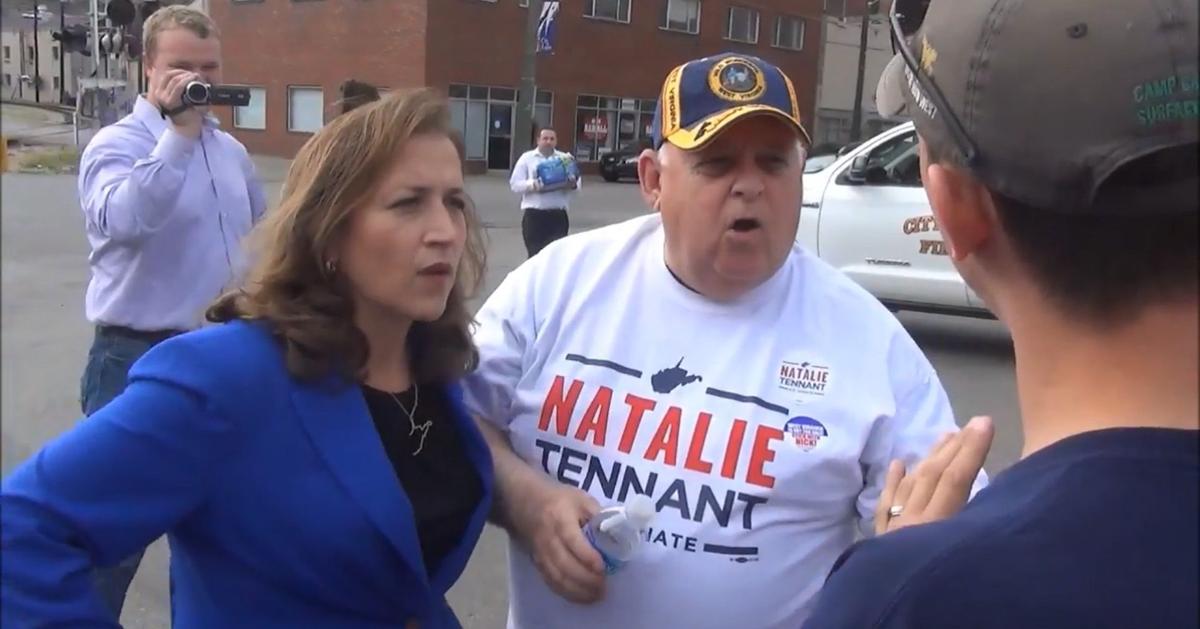 COURTESY PHOTO West Virginia Secretary of State Natalie Tennant and Maj. Gen. Allen Tackett speak with a man Saturday at an event in Logan. Tennant’s campaign says Tackett misspoke when he told the man Tennant supported President Barack Obama “on most of his policies.” 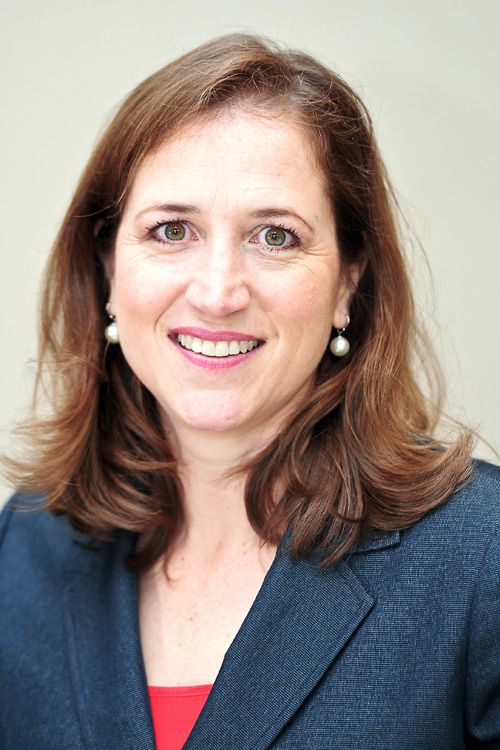 COURTESY PHOTO West Virginia Secretary of State Natalie Tennant and Maj. Gen. Allen Tackett speak with a man Saturday at an event in Logan. Tennant’s campaign says Tackett misspoke when he told the man Tennant supported President Barack Obama “on most of his policies.”

The campaign chairman for Democratic Senate nominee Natalie Tennant recently said Tennant agrees with President Barack Obama “on most of his policies.”

Maj. Gen. Allen Tackett, the retired head of the West Virginia National Guard, misspoke when he made the statement Saturday in Logan before a Democratic campaign event, Tennant campaign spokeswoman Jenny Donohue said.

“The general misspoke. Natalie does not support the majority of the president’s policies,” Donohue said Monday evening.

A tracker, a person paid to follow political candidates and capture comments on tape, filmed Tackett making the statement. The video was posted to YouTube Monday.

Obama and the carbon emission standards recently proposed by the U.S. Environmental Protection Agency are not popular in the state. The Tennant campaign has repeatedly criticized the proposed standards and consistently tried to distance itself from the Democratic leader.

After first lady Michelle Obama said in November 2013 it was “critical” to elect Tennant, the campaign was quick to say the statement was not an endorsement. More recently, Tennant aired a campaign advertisement where she symbolically shuts off the lights at the White House to make sure Obama “gets the message” she disagrees with his energy policies.

The campaign for Rep. Shelley Moore Capito, Tennant’s GOP opponent in the Senate race, has consistently pointed to Tennant’s support of the president in the 2008 and 2012 elections in arguing Tennant is “out of touch” with West Virginians.

“Natalie Tennant might not be willing to tell the truth about her strong support of Obama and his policies, but her campaign chairman is,” campaign spokeswoman Amy Graham said Monday.

“The more Natalie Tennant tries to dodge her record of defending Obama’s anti-coal agenda, the more voters will see just how wrong she is for West Virginia.”

Donohue said Capito wants to run against the president because she knows her record “doesn’t stand up” to Tennant’s. She also said “going after a military hero like General Tackett is a new low.”

The roughly 90-second video shows an at-times heated discussion with Tennant, Tackett and a man asking questions. The man, who describes himself as a coal miner affected by Alpha Natural Resources’ recent announcement it could lay off 1,100 employees, asks Tennant why she supported the president.

Tackett, who was standing to the side, steps over and answers, “because on most of his policies and stuff she supports.” Tennant quickly says “well” while Tackett and the man try to talk over one another. Then Tennant and Tackett say they need to leave and walk away.

Graham said the tracker does not work for the campaign, and the man and other miners protesting at the Logan event were not “invited” by the Capito campaign.

Monday afternoon Tackett said he remembered the interaction with the man, and said he would probably be upset as well if he were laid off. Tackett never said he misspoke.

He said “it’s a known fact that both Natalie and Shelley support the coal industry” and Tennant doesn’t approve of the administration’s energy policies.

Tackett said those policies include the president’s stance on Social Security, Medicaid and Medicare. Mentioning that many West Virginians are now eligible for new health care benefits through the Medicaid expansion in the Affordable Care Act, Tackett accused Republicans of wanting to privatize Social Security and turn Medicare into a voucher program.

Capito disputes supporting either of those ideas.

Tackett said it’s not a problem to support some policies and not others of the president or any political leader.

“Nobody agrees with everybody on everything,” Tackett said.

“I mean, me and my wife disagree on some things. But we’re still married and have been for 48 years”

Before serving as the full-time leader of the state National Guard, Tackett worked for 25 years as a coal mine manager and superintendent. He argued the proposed EPA regulations will hurt the coal industry, but notes they haven’t taken effect yet so they can’t be blamed for every problem facing the “boom or bust industry.”

“It’s a matter that the market is weak right now and the demand for coal is down,” Tackett said.

“It’s not so much the Obama administration as it is the coal market itself.”

A recent report from energy company BP states last year coal accounted for its highest share of the global energy market since 1970. However, the U.S. Energy Information Administration projects a 14 percent decline in production for Appalachian coal from 2012 to 2016, citing increasing prices and extensive mining in the region.

A link to the video of the comments is available at www.dailymailwv.com.

The general election is Nov. 4.