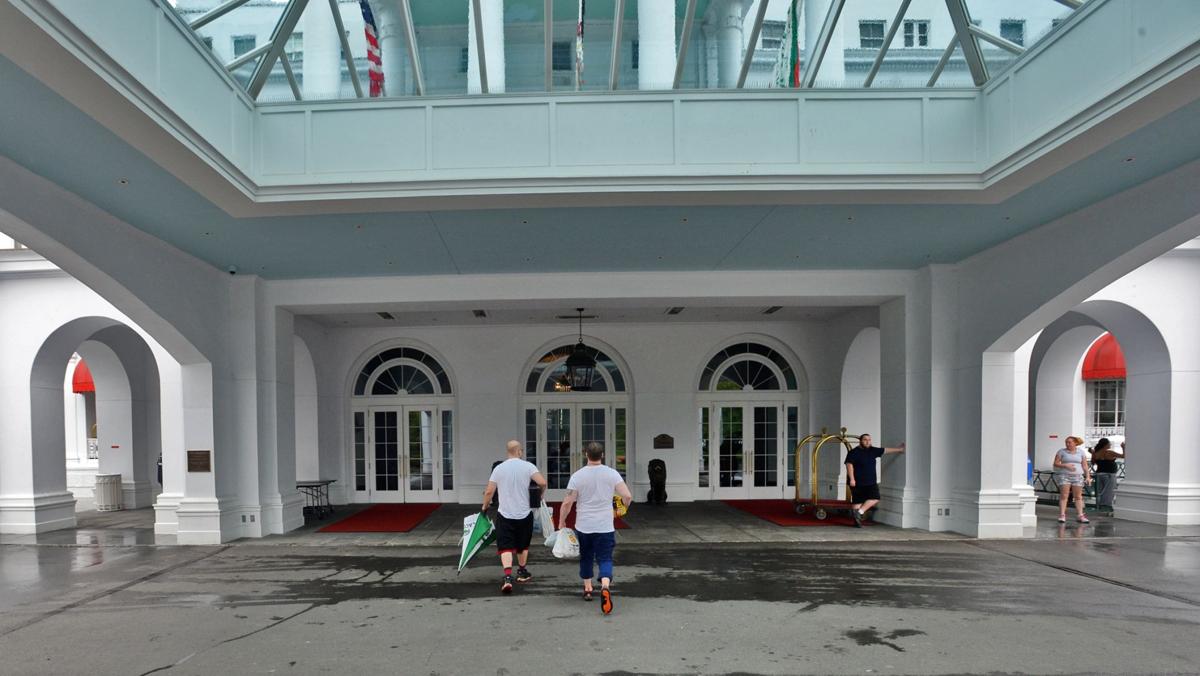 Several local residents walk into The Greenbrier resort on July 1, after owner Jim Justice offered free room and board to those without a place to stay. Justice announced Thursday that the hotel will reopen to guests on Tuesday. 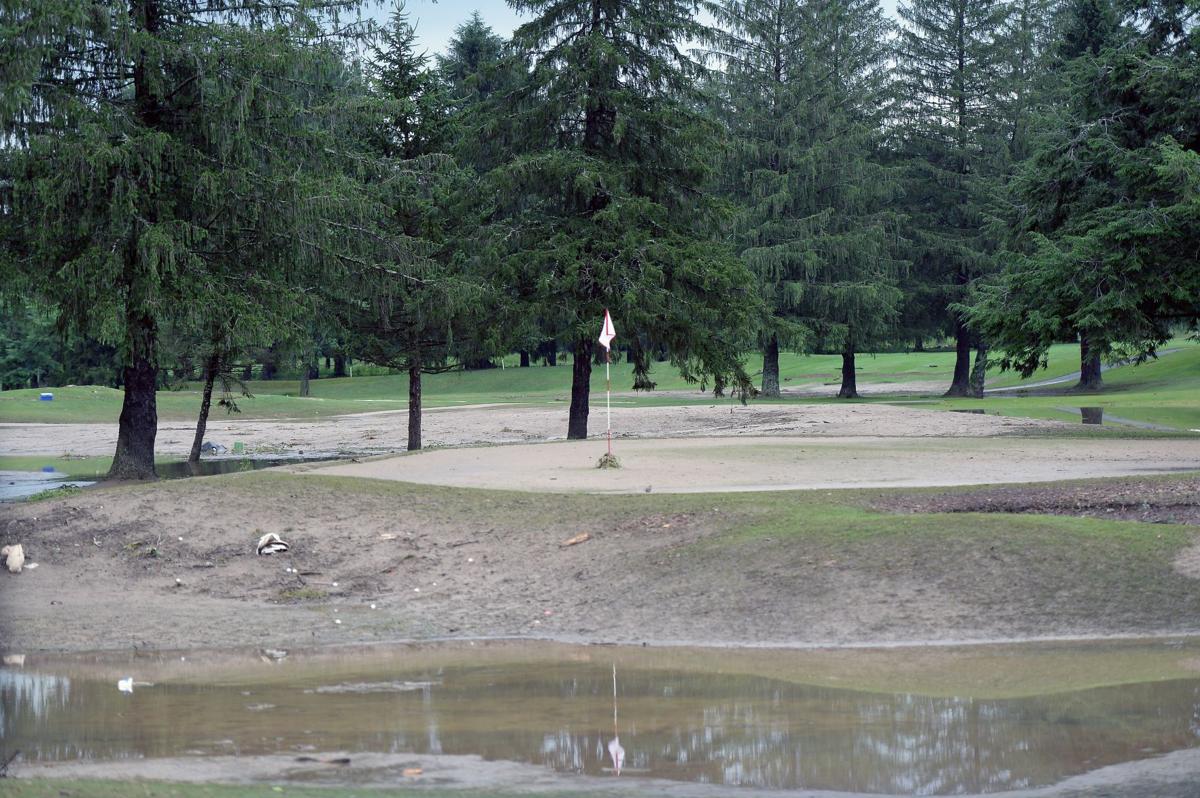 The Greenbrier resort will re-open next week after suffering extensive damage from the recent floods.

Several local residents walk into The Greenbrier resort on July 1, after owner Jim Justice offered free room and board to those without a place to stay. Justice announced Thursday that the hotel will reopen to guests on Tuesday.

The Greenbrier resort will re-open next week after suffering extensive damage from the recent floods.

The Greenbrier, which was ravaged by flooding and forced to cancel the annual Greenbrier Classic golf tournament, will reopen to guests on Tuesday.

Jim Justice, resort owner and the Democratic candidate for governor, announced the reopening to many of the resort’s employees at a media event Thursday.

Justice said that while damage remains to the resort’s grounds and its fabled golf courses, they would reopen, with the goal of getting employees back to work.

“We’ve done everything that I know a human can do to get the hotel back,” Justice said. “We are scarred, we are damaged, we are repairing, we will be back.”

In a fact sheet accompanying the announcement, the resort said that some work would take about a year to complete. The Old White and Meadows golf courses will remain closed indefinitely as will the golf academy. The Greenbrier course is ready to reopen. All of the resort’s swimming pools, shops, restaurants and the casino will be open.

The Greenbrier has been closed for two weeks, since June 24, the day after the flooding first hit. The Greenbrier Classic, the annual PGA event which was scheduled to begin Thursday, was canceled June 25.

White Sulphur Springs, home to the resort, was one of the hardest-hit areas by the flood, with entire houses, whole sections of neighborhoods, swept away by over-swollen creeks.

At least five people died in White Sulphur Springs and at least 13 died throughout Greenbrier County.

Nearly 200 local residents, made homeless by the floods, were allowed to stay at The Greenbrier and eat at the employee cafeteria free of charge following the flood.

The resort wrote, in a news release, that it “has been assured” that housing would be provided for those people, but did not provide further details.

Justice, in his brief speech, did not mention his campaign for governor, but he did speak in front of a banner reading “God bless the great people of West Virginia.”

Early last week Justice announced that his campaign would be put on hold, and he would not personally campaign for at least two weeks. On Wednesday, his campaign sent an email in which Justice called for “unemployed craftsmen and coal miners” to be put to work rebuilding flood-damaged areas.

On Retirement: Taking care of clothes, buying second-hand can be good for the wallet and the environment

Hygge in the hills: Danish concept is Appalachian way of life