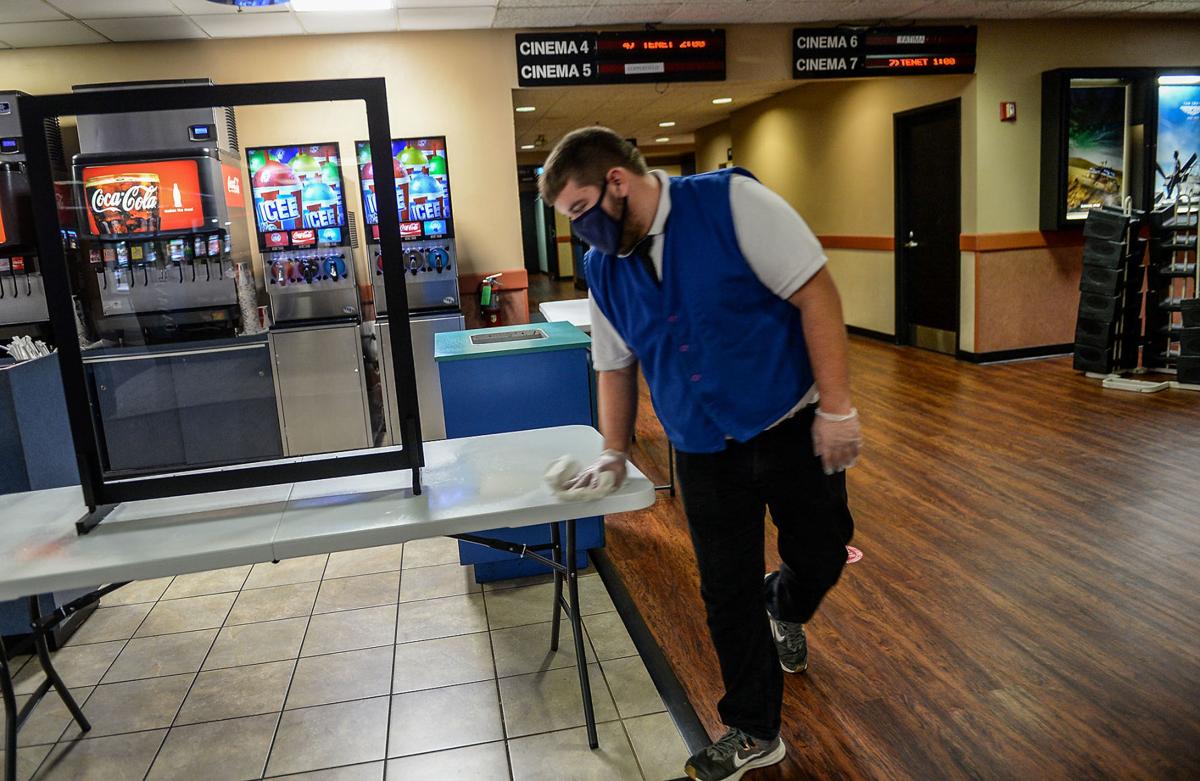 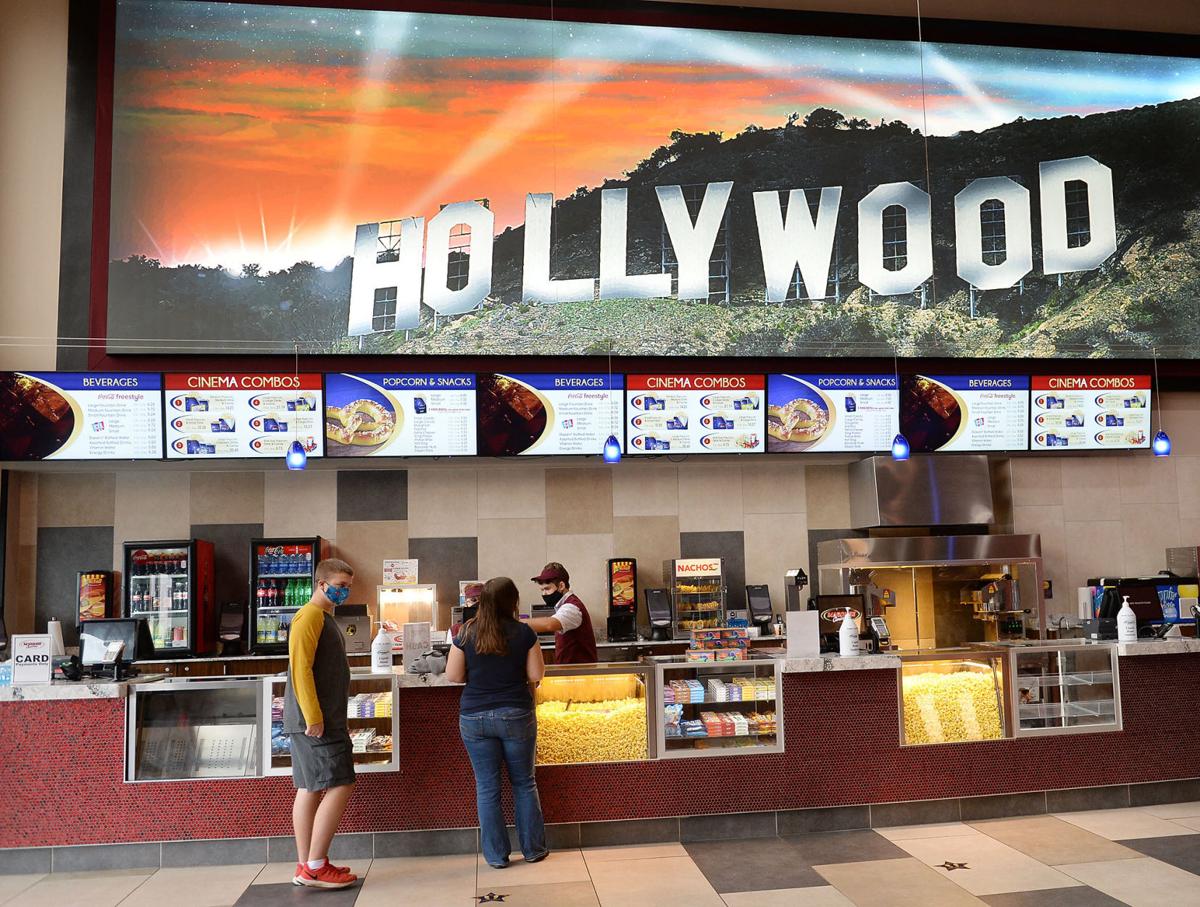 Patrons visit the concession stand at Marquee Cinemas at the Southridge Center. 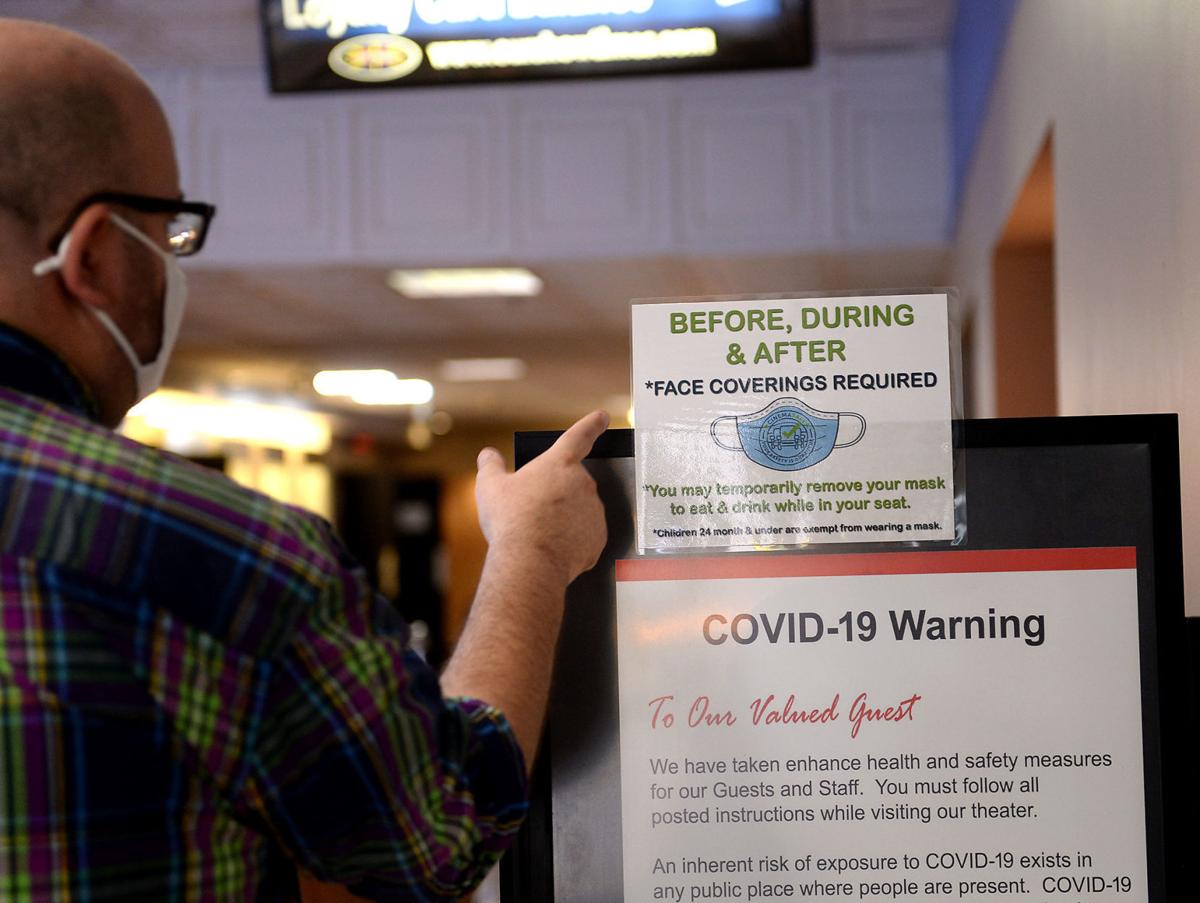 Park Place Stadium Cinemas General Manager Michael Tawney said theater workers will be checking to make sure patrons are wearing their masks while in the seats during movies.

Patrons visit the concession stand at Marquee Cinemas at the Southridge Center.

Park Place Stadium Cinemas General Manager Michael Tawney said theater workers will be checking to make sure patrons are wearing their masks while in the seats during movies.

There are plenty of parking spots and seats available, and the popcorn is popping at area movie theaters. Now, if only there were something to show on the big screens.

Or at least something new.

That’s the case for properties belonging to the Greater Huntington Theater Corp., along with theaters across the country. The parent company for Park Place Stadium Cinemas in Charleston, the Greater Huntington Theater Corp., adjusted its business model because of the COVID-19 pandemic. That included changes to seating, concessions and cleaning, to adhere to a system of industry-wide safety protocols.

But while many facilities are reopening — or about to reopen depending upon restrictions in their individual states — a common concern remains: what to show.

“The main issue is more about film product than theaters,” said Greg Pauley, vice president of the GHTC. “The film companies aren’t supplying theaters across the country with any new films. We used to open up two or three films each week. But, suddenly, because of COVID-19, everything has been shut down.”

The movie industry wasn’t immune to COVID-19, neither at the production level nor with distribution. While theaters shut down en masse across the country even before spring, movie studios began postponing the release of films or halted production on projects altogether.

Still, theaters have tried to make a go of it, especially after the creation of CinemaSafe. That’s an industry-specific program of protocols created by a team of epidemiologists focused specifically on movie theaters.

The guidelines of CinemaSafe — which also has information for moviegoers at CinemaSafe.org — offers best practices on such areas as enhanced cleaning, mobile ticketing, modified concessions and employee heath training.

CinemaSafe’s guidelines align with, if not enhance, Gov. Jim Justice’s mandates that West Virginia movie theaters require face coverings and adequate social distancing. Together, they not only work to keep facilities safe, but they also provide an aura of comfort for moviegoers who’ve been on the couch for months.

That was the case for Patty Harless, 36, on Saturday. The Charleston resident said she and her husband usually go to the movies two or three times a month. That routine, however, has been dormant since February.

“I was a little uneasy at first, but you kind of get lost in the movie and things seem normal,” Harless said of their return to theaters. “It’s just been so long, and we were anxious to get out.”

Likewise, theater owners were eager for patrons such as Harless to return.

Pauley said his theaters opened for two weeks in June, but were limited to older movies. With nothing new to entice customers, that stint “just didn’t work.”

But the chain reopened two weeks ago with a few new offerings. The biggest, however, debuted this past weekend — Christopher Nolan’s “Tenet.”

Tabbed as the first potential blockbuster to be released in months, “Tenet” indeed had a strong weekend, pulling in an estimated $20.2 million. That’s a solid number for what is normally one of the four biggest weekends of the year for movies.

“But, obviously,” Pauley said with a resigned chuckle, “this year is a little different.”