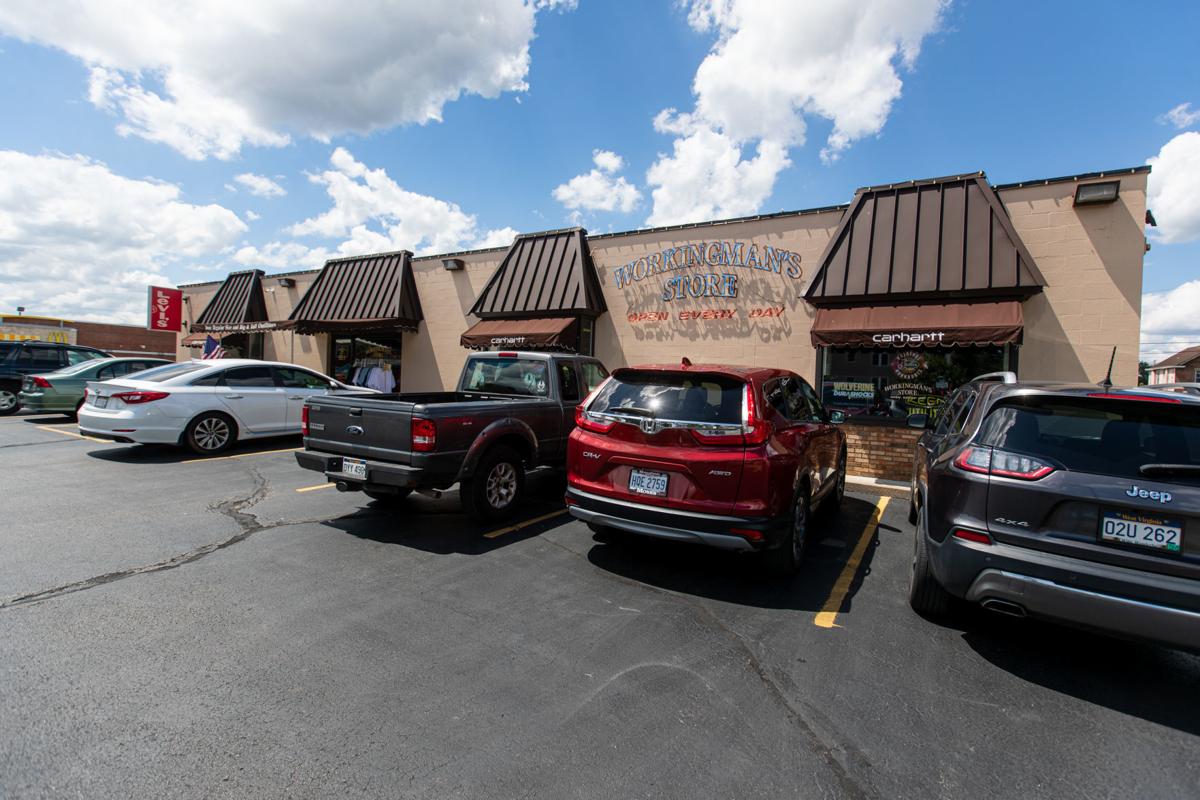 Exterior of Workingman’s Store on Tuesday, June 22, 2021, in Huntington. 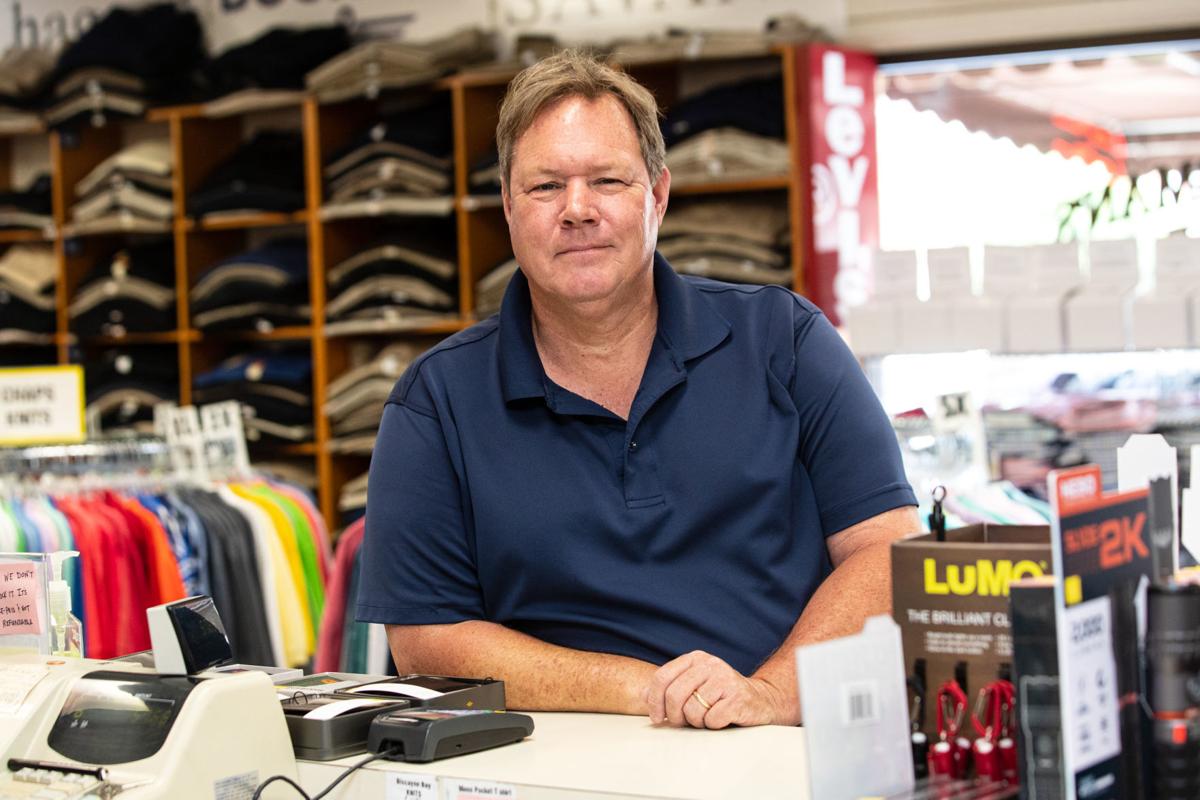 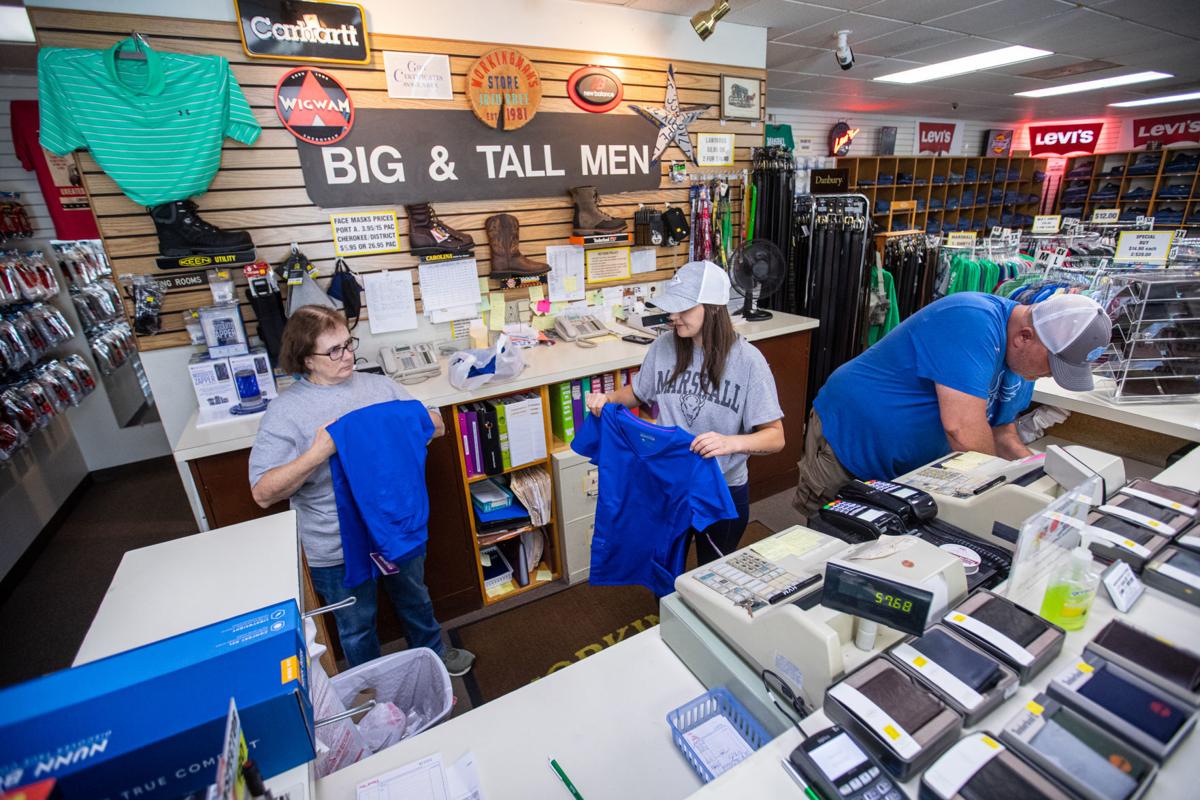 Staff fold a customer's purchase at the Workingman’s Store on Tuesday, June 22, 2021, in Huntington.

Exterior of Workingman’s Store on Tuesday, June 22, 2021, in Huntington.

Staff fold a customer's purchase at the Workingman’s Store on Tuesday, June 22, 2021, in Huntington.

HUNTINGTON — Jerry Furbee Jr. said his father, Jerry Furbee Sr., worked for Wrangler, a manufacturer of jeans and other clothing items, particularly workwear, for nearly two decades before retiring in 1981.

“I didn’t want to go to high school; I wanted to do what my dad did and so after he retired he helped me open the doors of the Workingman’s Store for $600 in 1981.”

On July 1, the store at 140 5th Ave. in Huntington celebrates its 40th anniversary.

“Main reason for doing so well for so long is buying the right mix of products at the right price,” Furbee Jr. said.

“I buy a lot of closeout and off-priced goods and sell them at a fair price,” he said.

The secrets to their success sound fairly simple: Having the right merchandise at the right price, being open seven days a week, treating people nicely and going the extra mile with service.

When it comes to the “right merchandise,” that’s a lot more than clothes for the working man. The store offers various kinds of casual and dress clothes, work clothes for several types of industries, as well as a selection of big-and-tall items.

Currently, 60% of the business is in big and tall sizes, according to Furbee Jr., and big-and-tall items run in sizes up to 10X shirts and size 80 waist — not only T-shirts and sweats, but dress shirts and pants, and work pants and shirts.

The Workingman’s Store over the decades has helped spark some development near the 1st Street intersection. Across the street there are several other businesses that didn’t exist 40 years ago. Next door is a McDonald’s, and behind it sits a Walgreens.

The store has expanded three times, almost doubling in size since it opened in 1981 on the corner of 8th Avenue and 1st Street before moving to its current location in 1983.

“We have other properties around the store to expand again, if we need to,” Furbee Jr. said.

One expansion, which was about 4,000 square feet, was to accommodate the store’s section for scrubs worn by health care workers.

“When we first started 40 years ago, we had one rack of scrubs,” Furbee Jr. said. “It took off from there.”

Workingman’s Store also has a warehouse location in Chesapeake, Ohio.

“It’s full of inventory because I can’t keep my summer items and winter times together in the store anymore,” he said.

It’s safe to say things are going well for the Workingman’s Store, which Furbee Jr. is quick to point out has a lot more than work clothes.

“Other popular items are steel-toe shoes and boots for workers in the steel mills and mines, and diabetic socks and shoes,” Furbee said.

Workingman’s Store, which has 12 employees, also sells fire-resistant clothes for workers in local plants, he said.

The store has a full-time seamstress to make alterations.

Furbee Jr. has his own favorite part of the business — getting good deals.

“I like the thrill of buying a good deal and passing it on to my customers,” he said. “The support from Huntington has been great. I have seen kids come in here that are now old enough to bring their kids here.”

The Workingman’s Store is open seven days a week and is working on building a new and better website at www.workingmansstore.com and also has a Facebook page. For more information, call 304-522-3404.