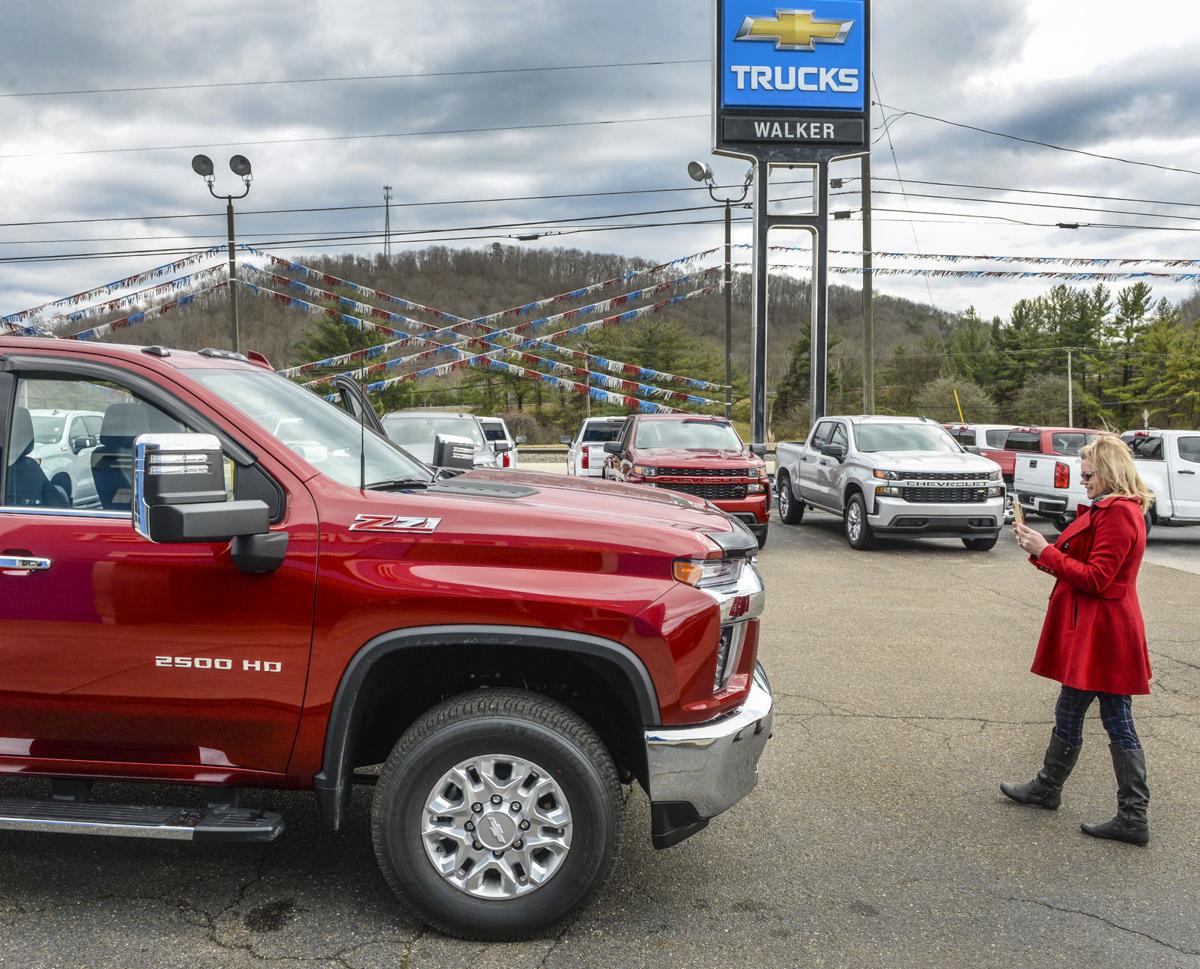 Melissa Campbell, a sales consultant at Walker Chevrolet in Nitro, photographs a used truck before it’s put on the lot. 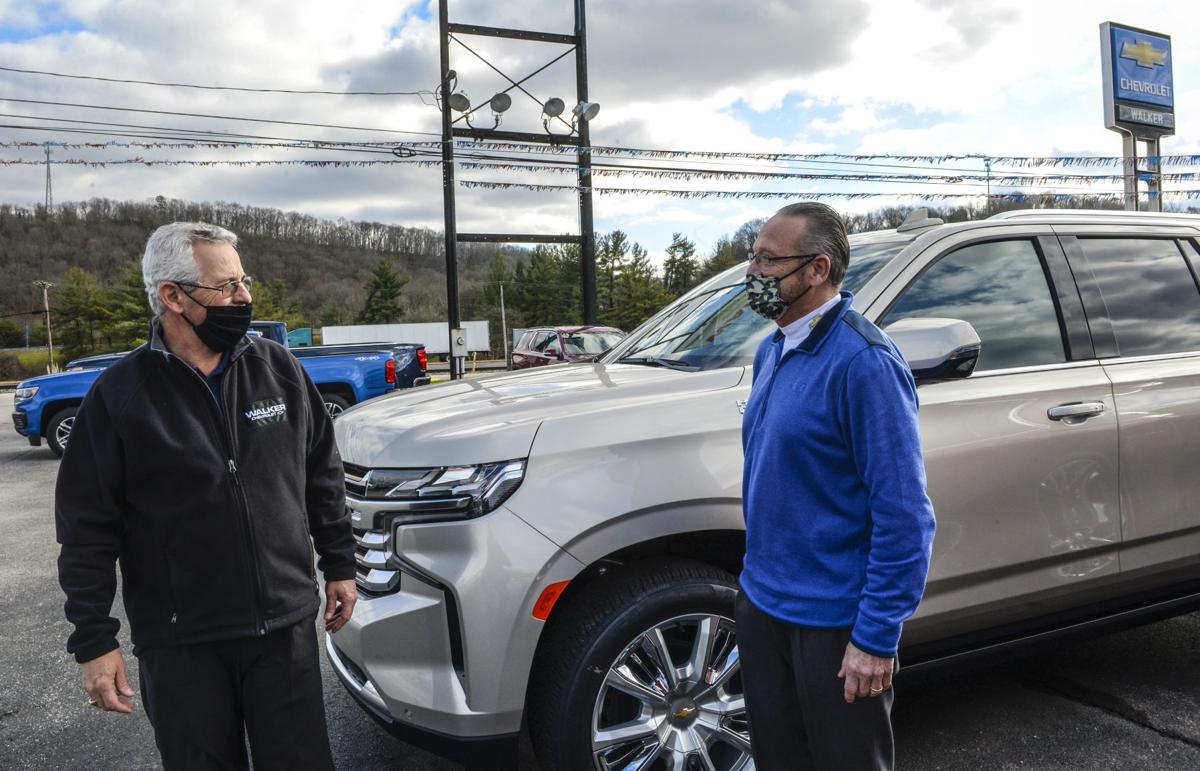 Melissa Campbell, a sales consultant at Walker Chevrolet in Nitro, photographs a used truck before it’s put on the lot.

That new sleigh we might see Santa Claus navigating Thursday night? There’s a good chance he purchased it around here.

As with nearly every other business, the auto industry has been affected this year by the COVID-19 pandemic. According to Cox Automotive, the Michigan-based parent company of such brands as Kelley Blue Book and AutoTrader, 2020 sales forecasts are expected to be down 15.3%, to 14.4 million new vehicles sold.

It will mark the first year to finish with fewer than 17 million units sold since 2014. Much of that total can be attributed to a 34.1% dip during the second quarter when compared to the same time last year.

Used car sales are off, as well, although the relative drop isn’t as significant. Cox said it expects used cars sales to finish around 36.1 million units, down from 39.5 million last year. The group also said there has actually been a surge in used car sales during the second half of 2020.

But those numbers don’t jibe with reports from the local level, as several area dealers are citing increased business — if not record sales numbers — throughout the year. The biggest challenge isn’t luring potential buyers to their lots, it’s keeping supply on pace with demand as logistical networks have been stymied by the pandemic, they said.

“My sales are way up,” said Frank McClung, general manager at Walker Chevrolet in Nitro. “But, unfortunately, the COVID cut us back on inventory. The inventory for General Motors and all of the manufacturers is pretty limited right now. Otherwise, we’d have more cars to sell.”

McClung said his business from Jan. 1 until Dec. 21 has seen about a 30% spike compared to that same span last year. Likewise for Dutch Miller Chrysler-Dodge-Jeep-Ram in South Charleston, which reports a 5% increase from the estimated 2,300 units it sold last year.

“They can’t keep up with the demand; the supply is down big time,” said Travis Fair, sales manager at Dutch Miller. “They’re working seven days a week in factories, trying to keep up with it. We’re seeing a tough time getting parts in for vehicles coming in for service. We used to be able to get the part we ordered yesterday the next day. But now we’re having to wait weeks at a time.”

Those issues could soon soften, though.

Cox Automotive spokesman Mark Schirmer said, “We believe automakers are back up to speed, mostly, at this point,” that interruptions in the supply chains have begun to evaporate and normal inventory numbers should return. Along with that, he said, should come a boost in the global car business.

“We believe auto sales in 2021 will recover as the economy recovers and pandemic concerns begin to ease,” Schirmer said. “Our initial forecast for 2021 is 15.2 million [units sold].”

Still, the juxtaposition of what’s been happening worldwide when compared to the Kanawha Valley is staggering. And it’s not easy to explain.

Dealers say it could be attributed to significant rebates and special financing offered through the manufacturers as a way to keep the market moving. Stimulus money also served as accessible down-payment funds for some buyers, many of whom dealers say are buying sport-utility vehicles and trucks.

There’s also the theory that some people simply needed a comfort purchase to ease the distress of 2020.

“It shocks me,” McClung said. “You can’t really fully explain it. I guess people are sitting around the house wanting to buy cars. It floors me, I’m not going to lie to you.

A record by a Deuce: McBride reaches career high with winning shot

Gazette-Mail editorial: WV ahead on vaccine rollout, as well as obstacles

It's unclear how many WV school workers are refusing vaccines