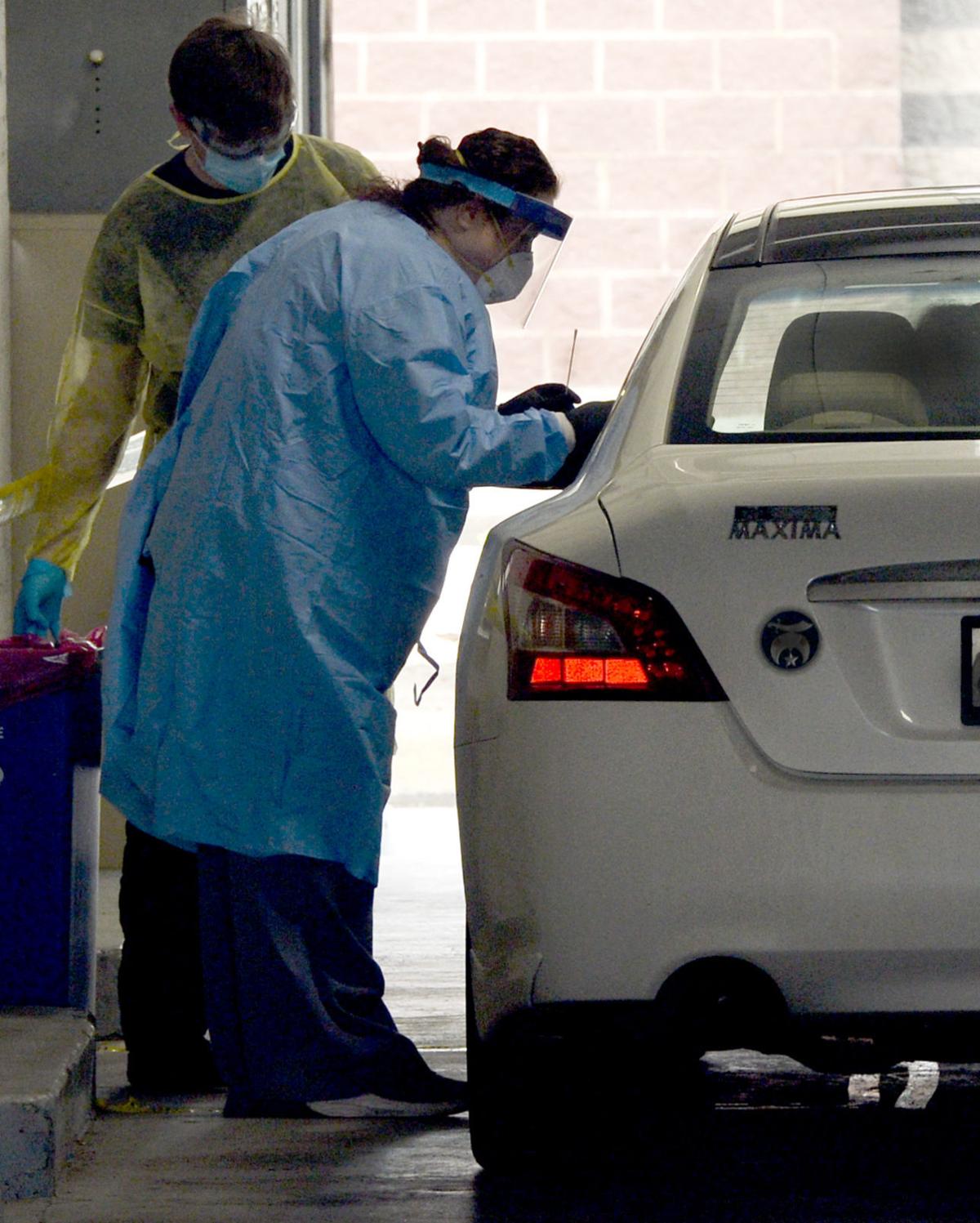 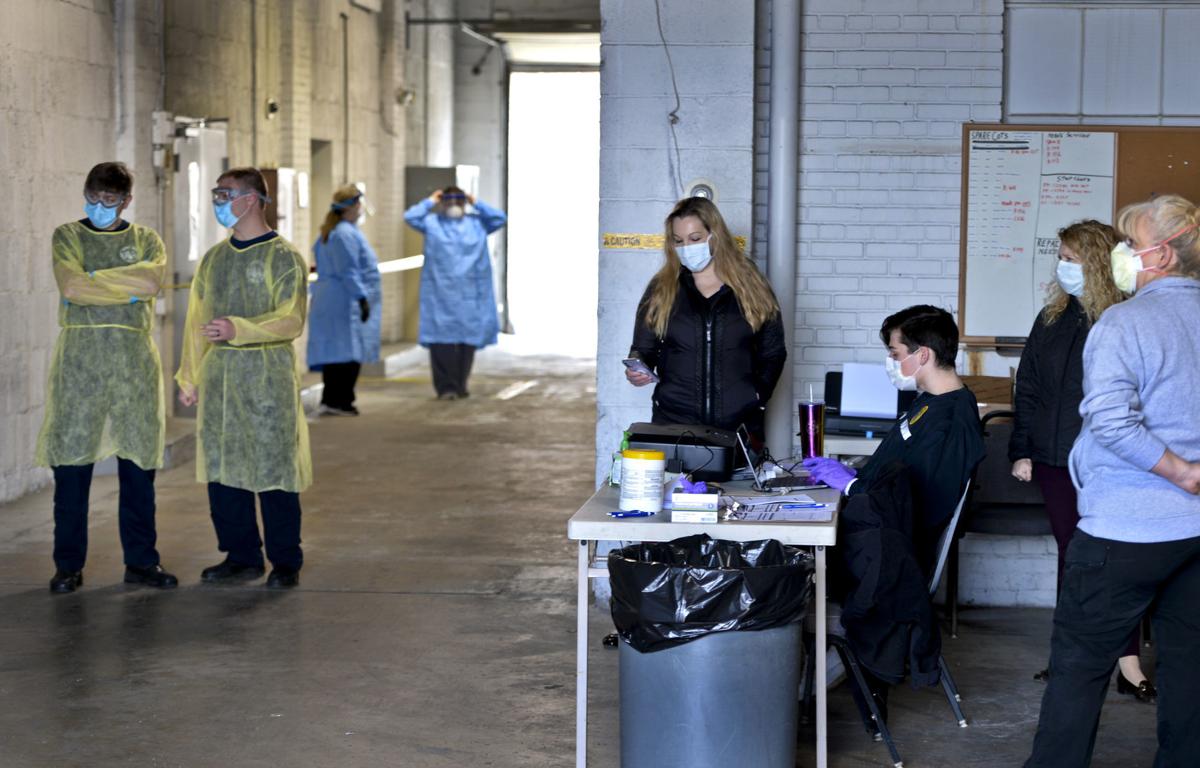 Kanawha-Charleston Health Department Executive Director Dr. Sherri Young (center) and her team wait for patients to arrive to be tested for COVID-19. The health department and Kanawha County Emergency Ambulance Authority set up the drive-thru testing service to reach more people in the community who might be infected. 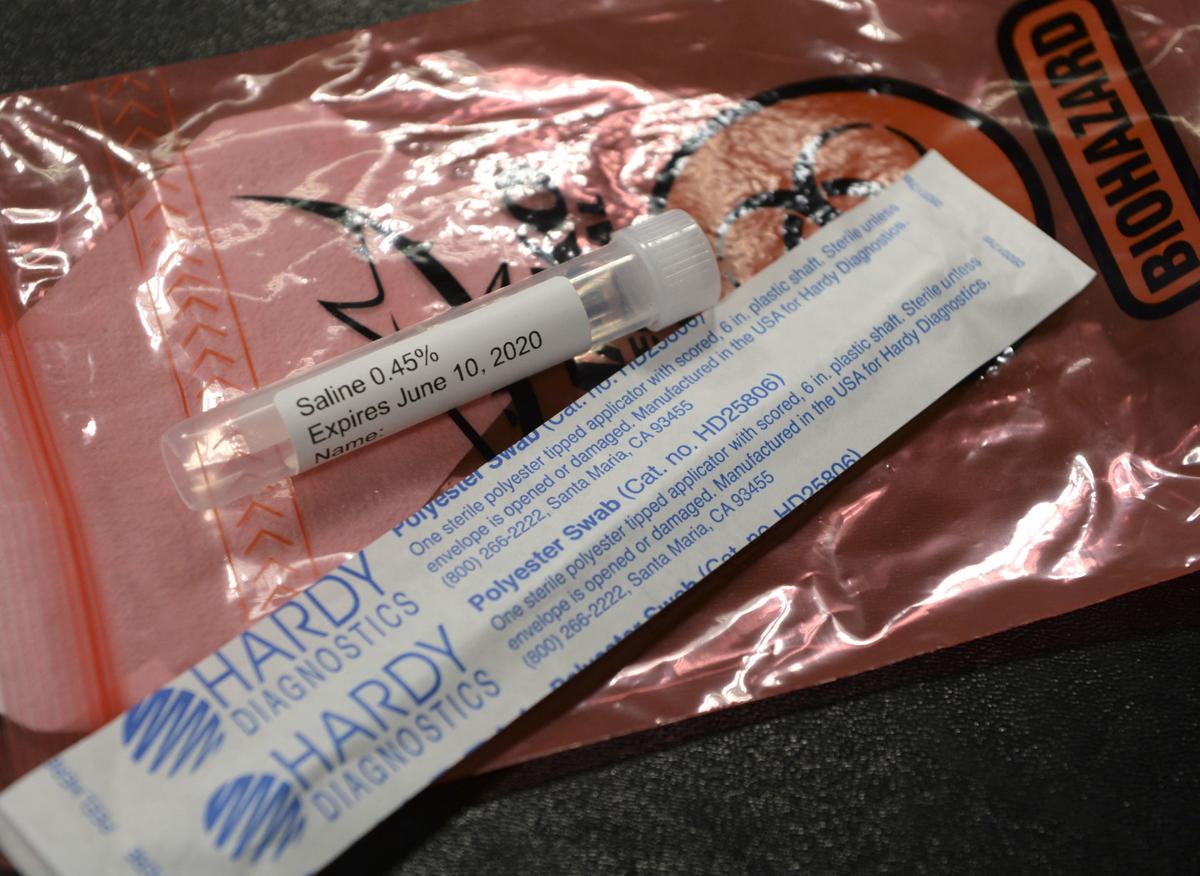 This is a COVID-19 testing kit.

Kanawha-Charleston Health Department Executive Director Dr. Sherri Young (center) and her team wait for patients to arrive to be tested for COVID-19. The health department and Kanawha County Emergency Ambulance Authority set up the drive-thru testing service to reach more people in the community who might be infected.

This is a COVID-19 testing kit.

Drive-thru COVID-19 testing that took place Tuesday in Charleston will let 26 Kanawha County residents know in two or three days if the flu-like symptoms they are experiencing are, in fact, infection from the coronavirus or some lesser malady.

The event, sponsored jointly by the Kanawha County Emergency Ambulance Authority and the Kanawha- Charleston Health Department, was the first of several similar drive-thru coronavirus screenings to be held in the county in coming weeks.

Those tested Tuesday had earlier called the KCHD to describe their symptoms and schedule appointments. Testing on this occasion was limited to those with symptoms similar to those presented by COVID-19 patients, including dry coughing, fever, shortness of breath, nausea and gastrointestinal issues.

The event was held outside KCEAA headquarters on Brooks Street, in a parking area next to a storage building with vehicle access at each end.

Appointments were scheduled to take place during 15-minute intervals.

That gives those receiving the testing ample time to fill out paperwork and speak to health care providers while seated in their cars before being directed to drive into the building where swab samples were collected.

There, in a matter of minutes, a team of nurses and paramedics wearing masks, face screens, gloves and gowns swabbed nasal passages to collect specimens for testing. The specimens were placed in sealed containers, which were labeled and prepared for transport. The samples were to be driven to a Mako Medical laboratory in North Carolina for analysis.

Participants were told they should learn the results in two to three days.

One of those being tested Tuesday expressed gratitude for the availability of the testing as she awaited her turn to drive into the building where samples were collected. The woman, who declined to give her name, said she was concerned about having an autoimmune disease while experiencing respiratory issues similar to those experienced while reacting to allergies.

“I had been wanting to get tested, but I didn’t know how, until I learned about this,” she said. “I think it’s great. My sister, who is a nurse in Virginia, said, if there was any way I could get tested, to do it now, because that’s the key to getting ahead of this situation.”

“We know that testing for COVID-19 is very important to stopping the spread of this disease in our community, so we want to offer residents opportunities to get tested,” said Dr. Sherri Young, health officer and director of the KCHD, who was on hand for Tuesday’s event. “We are glad to be able to offer this to the community and get more people tested.”

“We wanted to do this by scheduled appointment, to be respectful of the time it takes out of a person’s day to come and get tested,” said Monica Mason, education director for the KCEAA. “We plan to have other events like this throughout the county.”

The next such drive-thru testing session is set for next Tuesday, from 10 a.m. to 2 p.m., at Mary C. Snow West Side Elementary in Charleston. Appointments also will be required for that event, and participation will be limited to those exhibiting symptoms similar to those associated with COVID-19 patients.

Mason said that, in time, the testing might be expanded to include those who might be carrying the disease but are not experiencing its symptoms.

In a related development, the KCHD announced that testing of residents and staff at nursing homes and other long-term care centers in the county is expected to be completed Friday. The testing was called for in an order issued last week by Gov. Jim Justice.