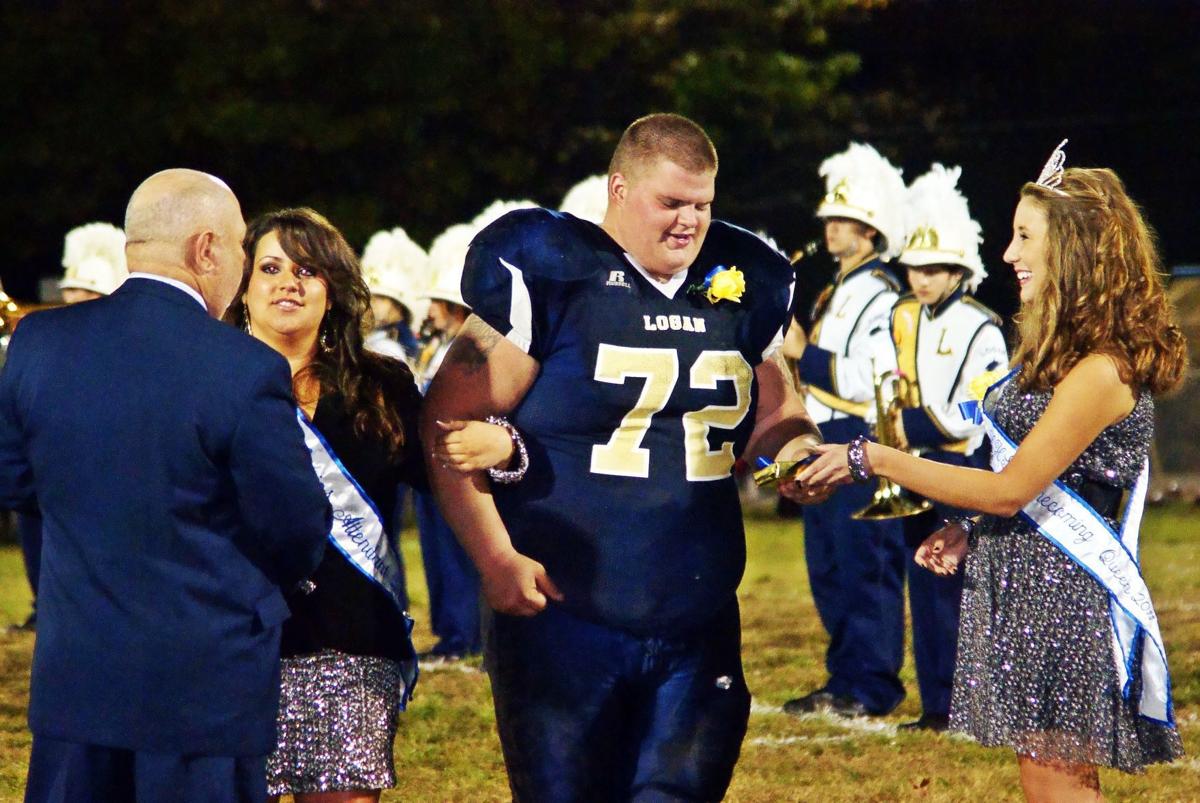 Teddy Nelson is pictured in his Logan Wildcats football uniform during his senior season on Oct. 12, 2012. Nelson, 25, of Logan, died of complications of COVID-19 at Logan Regional Medical Center around 1 p.m. Saturday. 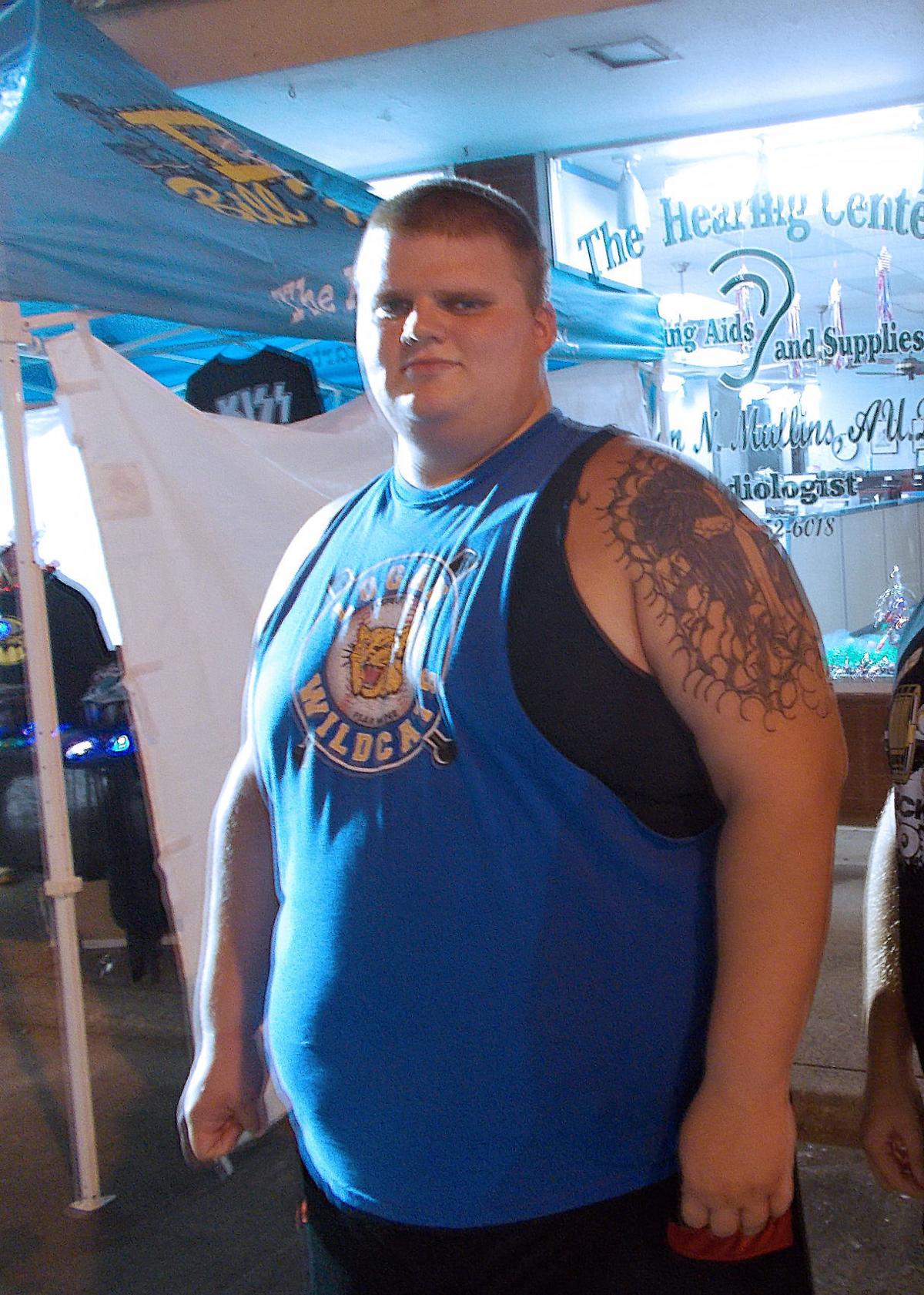 Teddy Nelson is pictured at the West Virginia Freedom Festival in downtown Logan on July 5, 2013. Nelson, 25, of Logan, died of complications of COVID-19 at Logan Regional Medical Center at around 1 p.m. Saturday.

Teddy Nelson is pictured in his Logan Wildcats football uniform during his senior season on Oct. 12, 2012. Nelson, 25, of Logan, died of complications of COVID-19 at Logan Regional Medical Center around 1 p.m. Saturday.

Teddy Nelson is pictured at the West Virginia Freedom Festival in downtown Logan on July 5, 2013. Nelson, 25, of Logan, died of complications of COVID-19 at Logan Regional Medical Center at around 1 p.m. Saturday.

LOGAN — The Logan County community is mourning the loss of a man in his mid-20s who became the sixth person in West Virginia to die of the novel coronavirus Saturday afternoon.

Teddy Nelson, 25, of Logan, died of complications of COVID-19 at Logan Regional Medical Center around 1 p.m. Saturday after being hospitalized on a ventilator for nearly two weeks. His sister, Megan, who had been updating social media on the status of his condition throughout his fight with the virus, made the announcement at 1:09 p.m.

“Bub has made it to heaven,” she said in a Facebook post. “I hope you know how much I love you. You were not only my brother, but my best friend. I don’t know what to do without you, but I will always carry you in my heart. I love you so much, Bub.”

Just before his diagnosis and subsequent hospitalization, Nelson made a Facebook post March 28 asking for prayers. The post would ultimately turn out to be his last.

Nelson was a 2013 graduate of Logan High School and a former offensive and defensive lineman for the Wildcat football team. More recently, he was a welder who worked for a mine equipment repair company.

To all who knew him, Nelson is remembered as a kind, selfless and genuine soul who would give the shirt off his back to help anyone. Following his death, friends and family across southern West Virginia offered their condolences and reflected on his life and character.

“Teddy was one of the best people I’ve ever had the privilege of knowing,” Hunter said. “He was with me through some of the toughest times in my life, and vice versa. Teddy was always willing to help out anyone in need, and was loved by so many people. He was the definition of a small-town hero. I have wished so many times that I could take his place. When I make it to heaven, the other world, the afterlife or however you perceive it, I hope this is how we’ll be greeting each other. I love you, brother. I’ll see you again one day.”

“Teddy was a kind, selfless, high-spirited, genuine guy with a heart of gold,” said classmate and friend Ryan Pennington. “He would put himself in a struggling position just to see others succeed and be happy.”

“Man, it’s impossible to describe Teddy in just a few sentences,” said Trent Dalton, also a classmate of Nelson’s and fellow football player. “The heart he had for everyone in this world can never be matched. He would give his life up just to know that you could continue to live yours. Arguably the most caring, selfless, kindhearted person I have ever known.”

Some of Nelson’s former teachers, such as Belinda Wolford, who taught him in third and fourth grades at Logan Elementary School, also shared their reflections.

“I’m devastated. I’ve taught many years and experienced a lot of heartbreaking things with students. Teddy Nelson’s death is so hurtful,” Wolford wrote in a Facebook post. “He was the sweetest little blue-eyed boy in the third grade and always said, ‘Yes, ma’am,’ even if he was being rotten. He would help every kid and always did so much for me … Teddy was simply just a goodhearted person. I don’t have the first recollection of him arguing or fighting; in fact, he always tried to be the mediator and keep peace. All the kids that were in that class I’m sure are devastated; they were awesome, and I have so many good memories of them. I know he was a grown man, but my heart is still wrapped around that little boy. Please pray for his family; they lost Teddy and gained a guardian angel.”

As of Saturday, there are six active cases of COVID-19 in Logan County, with one death and one recovery, according to Logan County Health Department Director Steve Browning. Statewide, there are 577 confirmed positive cases.