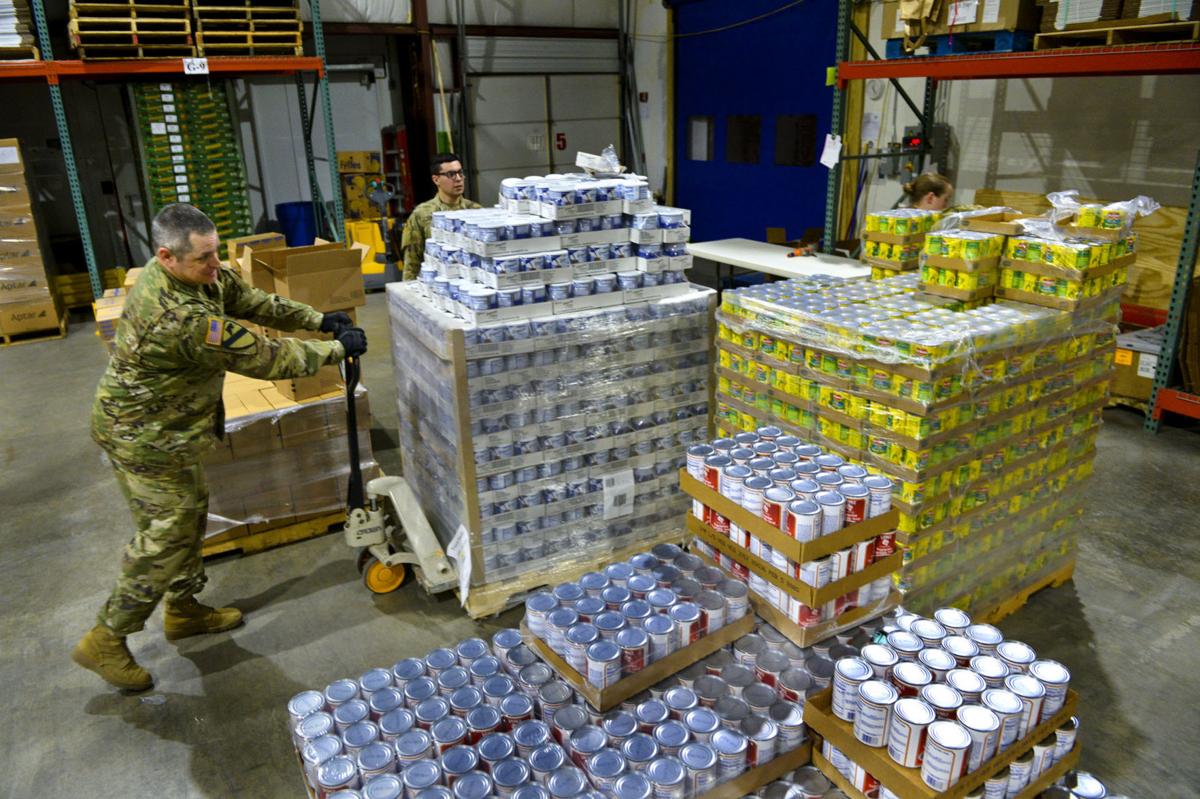 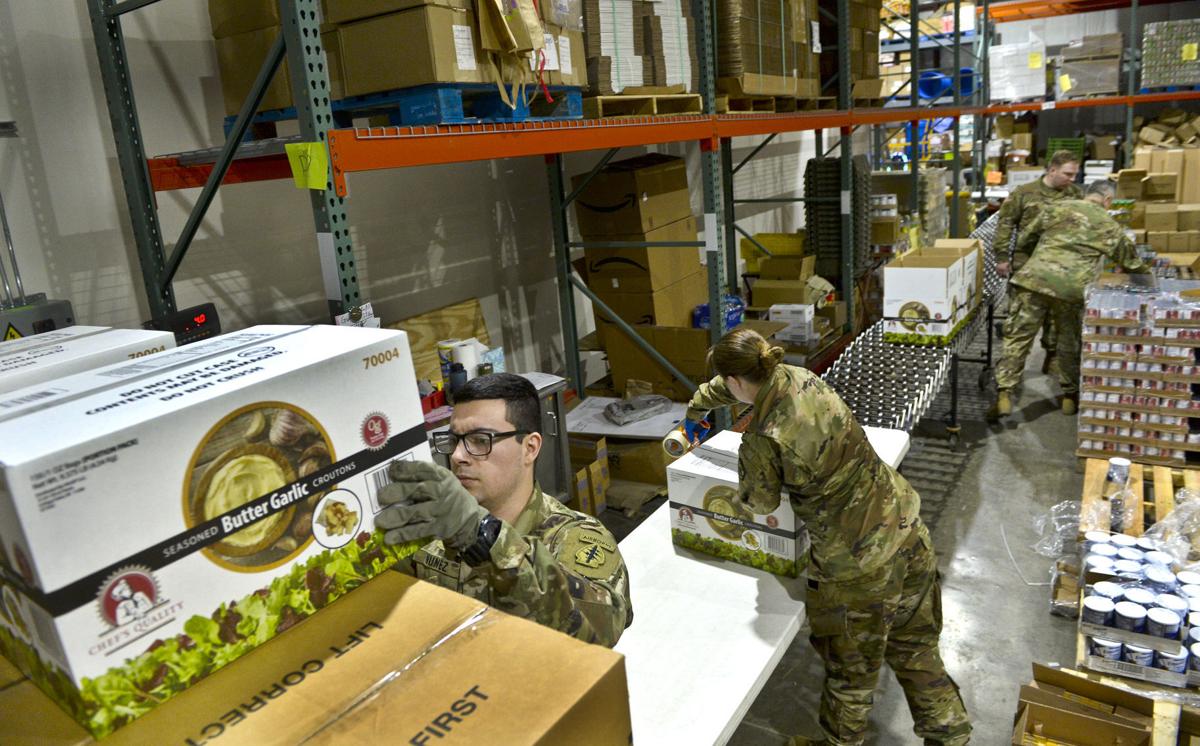 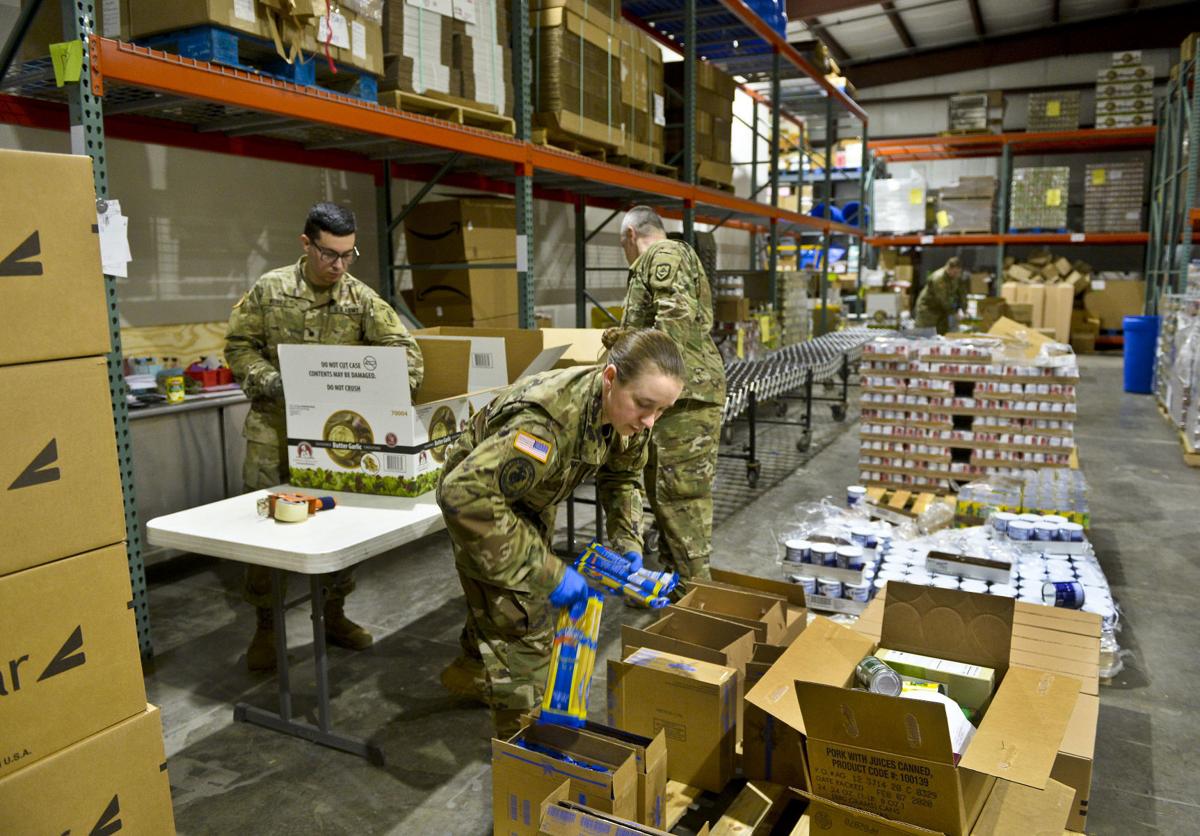 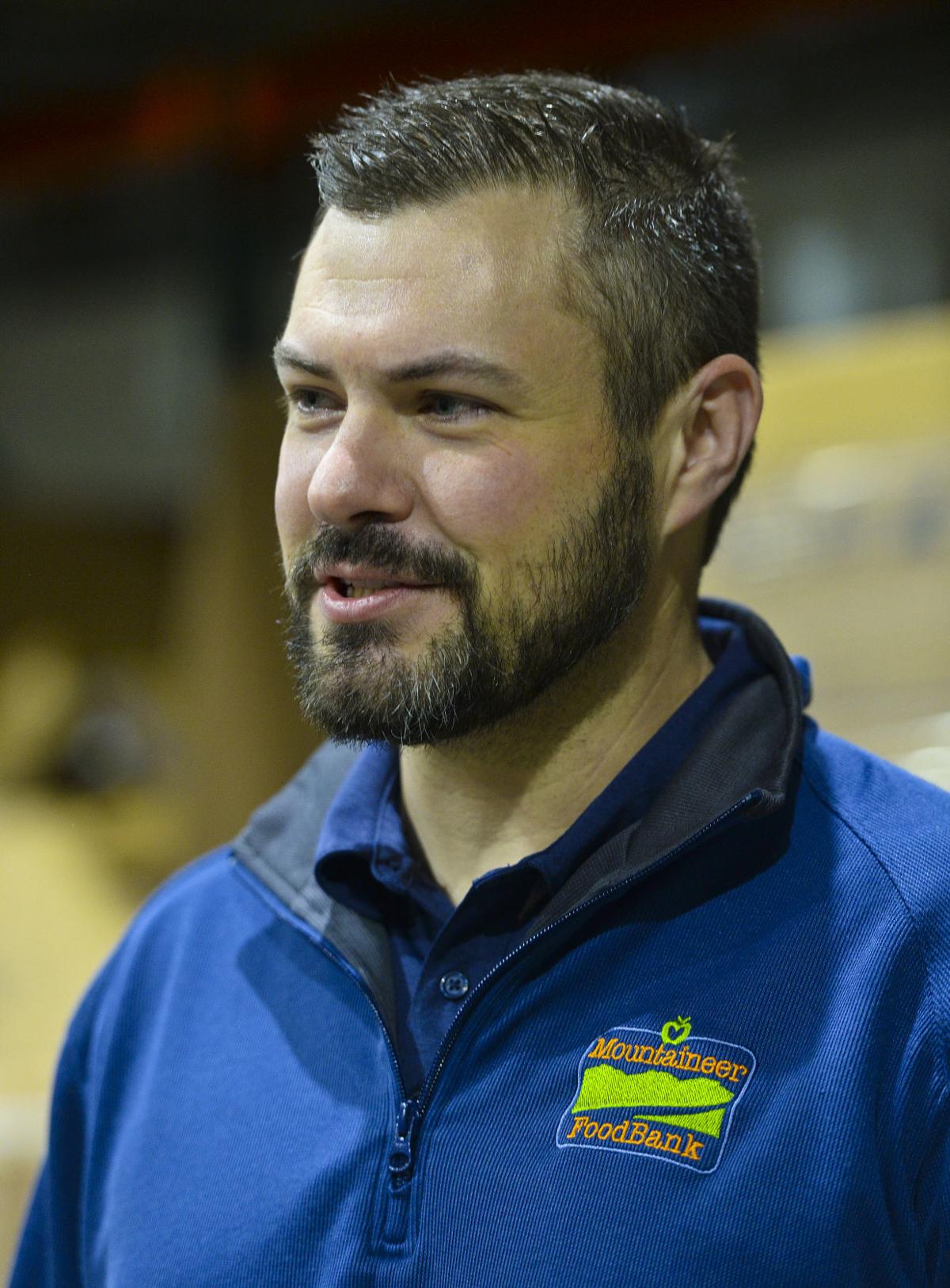 Chad Morrison, director of the Mountaineer Food Bank in Gassaway, said the nonprofit put out a call for assistance several weeks ago to help relieve some of the strain of boxing food for the more than 200,000 people the food bank serves. The West Virginia National Guard answered the call.

Chad Morrison, director of the Mountaineer Food Bank in Gassaway, said the nonprofit put out a call for assistance several weeks ago to help relieve some of the strain of boxing food for the more than 200,000 people the food bank serves. The West Virginia National Guard answered the call.

GASSAWAY — After floods, droughts and winter storms that tax normal channels of aid beyond their limits, the West Virginia National Guard can be counted on to step up and pitch in to keep Mountain State residents safe, sustained and supplied with what’s needed to get them back on their feet.

More than 250 West Virginia National Guard soldiers are now putting skills learned in dealing with past natural disasters and in practicing their military specialties to work in responding to new challenges posed by the coronavirus pandemic.

Earlier this week, members of the 35th Civil Support Team, the Guard’s specialists in dealing with biological, radiological, nuclear and explosives threats, instructed 80 first responders and hospital staffers on ways to minimize cross-contamination in donning and doffing personal protection equipment. Such gear includes battery-powered air purifying respirators, or PAPRs — protective hoods and suits that can be decontaminated and reused, reducing reliance on similar gear that is used once and then discarded.

Guard personnel picked up more than 100 PAPR outfits bought by the WVNG at a supply center in Maryland. The Guardsmen delivered them to health care networks across West Virginia for use when an expected surge in COVID-19 patients takes place.

The WVNG has become a hub for the distribution of medical supplies provided to the state Department of Health and Human Resources and the Division of Homeland Security. This week, members of the 3664th Support Maintenance Company trucked surgical masks, respirators, gloves, gowns and other personal protection equipment from the unit’s warehouse in Poca to clinics and hospitals statewide.

Working with the state’s community and technical college systems, the WVNG is preparing to use 3D printers to mass produce face masks, the prototypes of which are expected to be tested Monday.

The WVNG also is assembling a national network of epidemiologists to work with the DHHR to track and analyze data, helping civilian leaders better stay on top of planning an effective response to COVID-19’s spread through West Virginia.

But more basic missions are still part of the WVNG’s response to emergencies, including the pandemic. This week, 10 volunteers from WVNG units across the state began putting in long days at the Mountaineer Food Bank in Gassaway, Braxton County, loading boxes of food for distribution to families in the 48 counties served by the food bank.

Several weeks ago, the food bank put out a call for assistance to relieve community volunteers from the strain and responsibility of boxing food for the more than 200,000 — and rising — people it serves, Morrison said.

With the arrival of the coronavirus and the call for nonessential businesses to close, causing widespread layoffs, “we’ve been pushed to the edge,’’ he said. “We’re seeing a 30 percent increase in demand.”

The 10 WVNG soldiers working at the food bank put in 11-hour days, dining at the nearby Gassaway Army National Guard Armory and lodging at a motel a short distance from the warehouse.

“I knew the communities in the area needed help and that I could provide it,” said Staff Sgt. Samantha Barr, a member of the Martinsburg-based 157th Military Police Company.

Working together in an assembly line, the soldiers load cardboard boxes with canned, boxed and fresh proteins, fruits, vegetables, pasta, cereals and other food. Each box can feed a family of four for three to four weeks. Each day, WVNG personnel assemble about 1,200 of the boxes and stack them on pallets.

“It keeps me from having to go to the gym,” said Staff Sgt. Darren Hutson, also a member of the Guard’s Martinsburg-based military police unit.