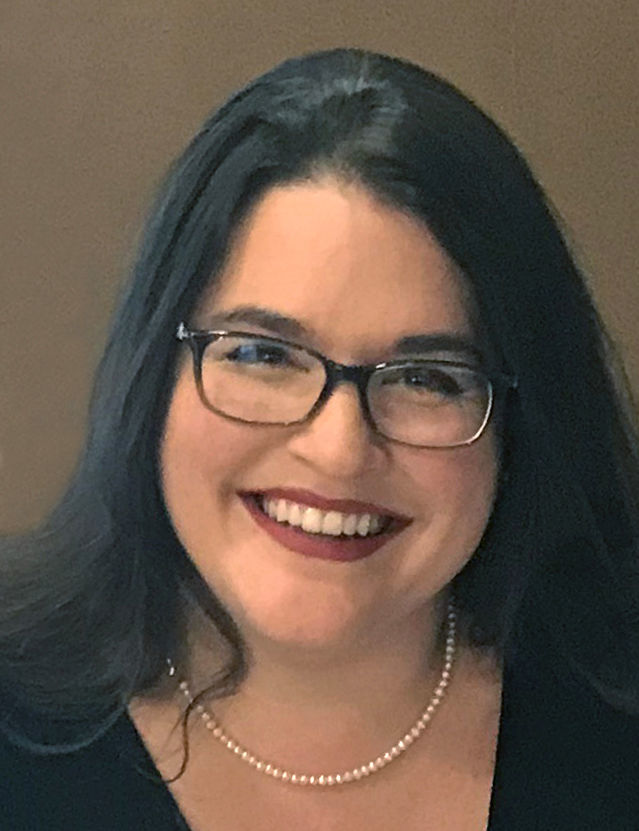 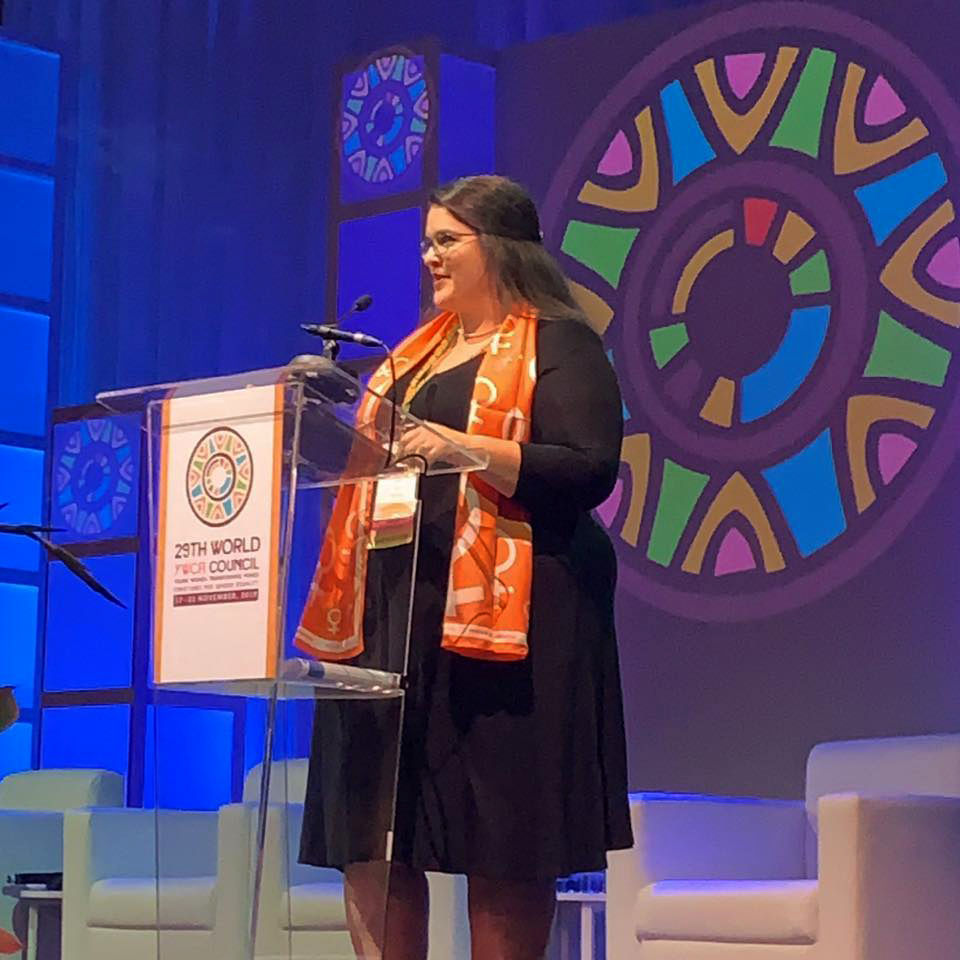 YWCA Charleston Executive Manager Andrea Thaxton Arbogast speaks at the 29th YWCA World Council in Johannesburg, South Africa. Argobast was elected to serve for four years on the Board of Directors for the World YWCA.

YWCA Charleston Executive Manager Andrea Thaxton Arbogast speaks at the 29th YWCA World Council in Johannesburg, South Africa. Argobast was elected to serve for four years on the Board of Directors for the World YWCA.

Every four years, the World YWCA conducts a series of business meetings inviting women from YWCAs in 120 countries.

The focus of these meetings is empowering women, laying out the strategic framework for a movement focused on gender equality and ending violence, electing a new governing body for the worldwide movement, and connecting with our YWCA sisters from around the world.

Relationships are built and connections are made. The political differences take a back seat during the session for an entire week so that the work of these women can be conducted. They bring themselves to the table as they are, proud of the country they call home and the culture they are a part of. Proud to be contributing to their communities in all of the big and small ways that a woman can. Proud to be representing their small slice of the world on a global scale.

The days are long, but the work doesn’t seem so daunting when you are surrounded by hundreds of women you can only view as sisters because your souls speak to each other on a level that spans cultural differences.

To say YWCA World Council is a life-changing experience is accurate, but it seems to fall short of describing the experience. I have had the pleasure and honor of participating in World Council twice, in two very different parts of the world.

The two experiences in and of themselves were vastly different. As a voting delegate, I and the five other voting delegates representing the USA were tasked with discussing and voting on constitutional amendments and resolutions that would impact the movement and electing a new governing body. We met candidates, read bios and made our decisions as a group after much deliberation.

As a Board nominee, however, I became the person that voting delegates wanted to speak with to hear my thoughts and ideas for the movement, to ask questions, to get to know the person behind the brief bio they had received. It was important for them to build relationships with the people that could potentially be leading the World YWCA movement into the next quadrennium, a responsibility that is taken very seriously.

Upon being selected by the YWCA USA to be the candidate to the Board, I was immensely excited yet nervous at the same time. Excited because this is exactly what I had been working toward: a platform to learn from some of the most remarkable women I have ever encountered, to listen to the voices of women with vastly different experiences than any I could imagine.

During the first few business meetings of the 2019 World Council, my nervousness increased as I grasped the breadth of the responsibility being entrusted to me. “Oh, God, what if I am not elected to the Board? Oh, God, what if I am?” I kept fearfully praying, seeking guidance and wisdom.

Then I looked around me, at the women representing the USA on this global stage, at the women I was creating relationships with from other parts of the world, and realized that here, here is guidance and wisdom I could draw upon. I was not an island. I was part of a vast network of women with wisdom, experiences, passions, education and ideas that I could lean into for support. With these women supporting me, I could face this mountain.

So, I networked. I was introduced, interviewed and interrogated by women taking their role as voting delegate very seriously and making sure the vote they cast would matter. I met Rosemary from Zambia, a seasoned YWCA woman with earned wisdom in her eyes. She sized me up, scrutinized me, asked me the hard questions and watched me choose my responses thoughtfully. In the end, I earned her trust, and her vote. Thankfully, I gained a friend as well.

This phenomenon continued to occur as I interacted with other women during the conference. There was Helena from Poland, Miriam from Bangladesh, Mathapelo from Lesotho, Rosalie from the Bahamas, Chloe from Switzerland, Laura from Uganda and so many others.

For the opening ceremony of World Council, each country wears attire representing their country and is introduced on the floor. Together, all of the delegation for the country marches into the room to the cheers and applause of their sister YWCAs. It’s rather reminiscent of the Olympics, but on a much smaller scale.

Some of the costumes are colorful and elaborate, while others are much more subdued. Some countries decide to dress in uniforms while others allow more creative interpretation. The USA traditionally wears all white attire which is accented with a scarf of our signature persimmon color. This year, the YWCA USA delegation wore beautiful silk persimmon and gray scarves for our commemorative 160-year anniversary.

The Council meetings themselves are much like many other conference business meetings. There are financial reports given, presentations from guest speakers about topics close to our mission, and workshops. This year, the guest speakers spoke on topics such as climate change, intergenerational leadership and transforming power structures.

Being one of the few nonvoting people in the room during the time the elections were cast, I can tell you that the air was heavy. The voting delegates had been taking great measures to confidently vote on individuals they believed would best serve the World YWCA movement. Of 41 people whose names had been put forth, only 20 would be selected. Those 20 people would make up the Board of Directors: one president, one treasurer, six vice presidents, and 12 board members.

The Nominations Committee took the evening after the elections to verify the votes and made the announcement the next morning. I had expected to see tears of anguish or grief from the nominees who were not selected, but I saw none of that. Everyone seemed genuinely happy for the women who had been selected to lead the movement for the next four years.

Of course, it may have been difficult for me to see the tears of others through my own tears that day after the announcements were made. I did not realize I had been holding my breath until I saw my name flash across the screen: Andrea Thaxton — USA, North America.

My first feeling was relief which was quickly replaced with a surge of excitement as I was swept up into a wave of hugs, tears and congratulations. OK, maybe the tears were still just mine.

From the moment I discovered I was elected to the World YWCA Board of Directors, my mentality changed. I was no longer working to find my place among these women. These were my women. It was now my responsibility to represent them, to listen to them, to be their voice, to help to lead them. I launched myself into conversations and workshops soaking in all of the information I could, challenging myself to learn more about global relations, peace treaties and the World YWCA constitution.

A woman I had briefly met through a colleague approached me, Haifa from Palestine. Haifa was completing her term on the Board as a vice president. She gripped me by the shoulders and leaned in so I could clearly hear her. She exclaimed to me how proud she was that I had been elected. She had read my bio and thought I would be a valuable asset to the Board of Directors moving forward.

As she leaned closer and placed her forehead against mine, she said to me confidently, quietly, “I pass my torch to you.”

The new Board of Directors had its first meeting after the Council meetings had ended. Haifa saved me a seat next to her. The outgoing Board shared bits of wisdom with us as their parting words.

Then the incoming Board made our introductions to each other. Looking around the table at the other women I will be serving with for the next four years, I saw my same expression reflected back at me in the eyes of many. Excitement, nervousness, confidence, determination. None of us have all of the answers, but collectively we will all be able to serve our movement well. “We are one.”

Read more about Andrea’s World Council experiences in her blog post at ywcacharleston.org/blog.

Andrea Thaxton Arbogast works as the Executive Manager with YWCA Charleston, where she provides extensive support to the CEO, Board of Directors and many committees. She is a liaison between the for-profit and nonprofit sectors where she works to promote opportunities for young professionals to become engaged in their communities via volunteerism and nonprofit board participation. She created and now chairs the Young Women’s Advisory Group and its mentoring program for high school girls, YWCA Girl Talk. She serves on the Executive Committee for the YWCA World Service Council which is the fundraising arm of the YWCA USA focused on fundraising for the World YWCA and its 122 country affiliates.

For Andrea Thaxton Arbogast, an executive manager at YWCA Charleston, the YWCA has always been about helping young women.