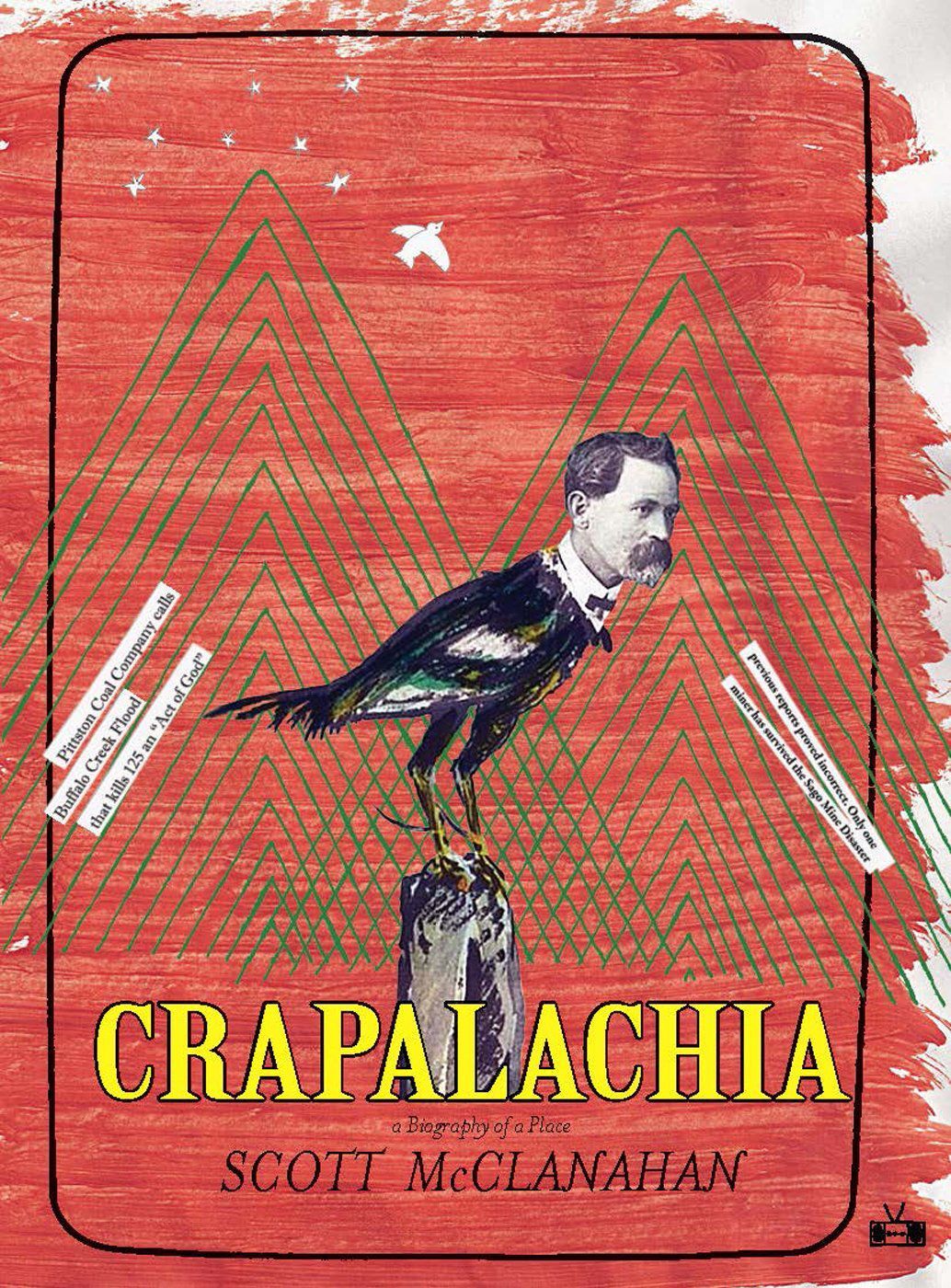 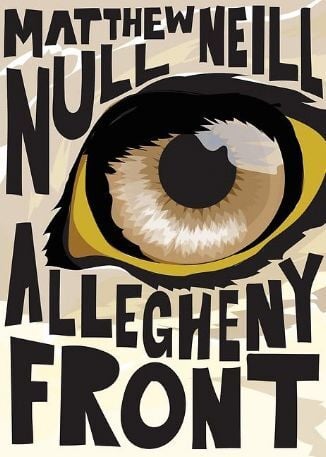 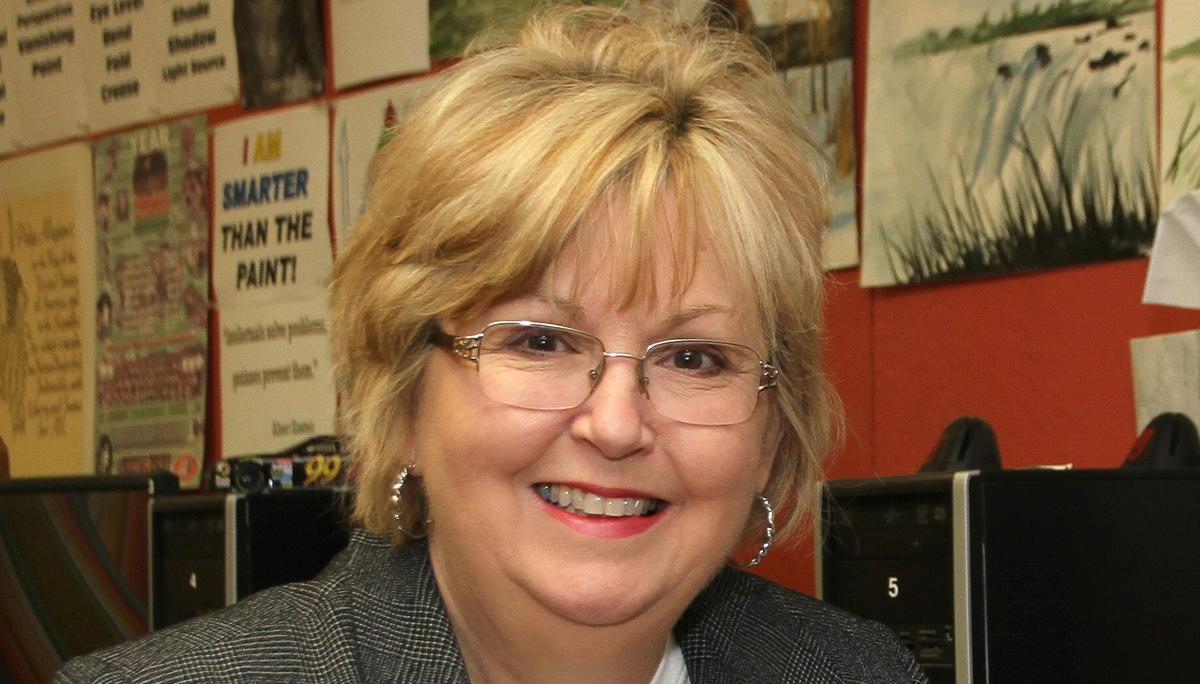 Breece D’J Pancake did not care much for “Night Comes to the Cumberlands,” Harry Caudill’s seminal history of poverty in Appalachia. According to Pulitzer Prize-winning author James Alan McPherson, “He thought it presented an inaccurate image of his native ground, and his ambition, as a writer, was to improve on it.”

But despite its biases and shortcomings, Caudill’s book introduced the world to a ragtag bunch of Scots and Irishmen — many petty criminals and debtors — who settled in our hills. Their descendants provided writers like Breece D’J Pancake with the raw materials for their characters.

Mostly men, these were characters who have been damaged by Appalachia. One scar here from a drunk daddy (they brought the “Irish curse” with them across the Atlantic). One scar there from blood-sucking, out-of-state robber barons. Bruises here, there and yonder from women who loved them before they developed a beer gut. They are forever torn between the places they hear about on their radios — Detroit, Florida, Akron — and the unrelenting hold the mountains have on them.

Often they stumble home from back-breaking jobs, hoping to find comfort with a woman’s body. If that doesn’t pan out, a bottle of hooch numbs the pain.

Other Appalachian authors have drawn from this stereotype. In styles vastly different from one another, West Virginia writers Matthew Neill Null and Scott McClanahan populate their works with these types of characters, weighed down by a mixture of bad fortune and what Null calls “country fatalism.”

In his short stories collection, “Allegheny Front,” Null writes about Threadgill, a fellow who is “shot off of a farmer’s wife” by the farmer and goes tumbling down a sheer cliff in nothing but a pair of argyle socks. He comes to rest in a mighty spruce that “held him like a babe.”

In Scott McClanahan’s story, “ODB, the Mud Puppy and Me,” we meet a saw mill worker who is under the delusion that deer in the woods are conspiring to kill humans. So when he hits a deer at four in the morning on his way to work, he backs over it several times before clubbing it to death with a thermos bottle.

Null, 37, grew up in Summersville. “I’d call [Pancake] an influence, but not a major one” he wrote in an email. “Our subject matter is perhaps too close, so I try not to think of him as I write.” Yet what Null says about Breece’s writing can also be said about his own: “[His] sentences have such a lasting, sonorous quality.”

Both writers uses a gritty style in their diction, and their landscapes often mimic the characters’ struggles. Wildlife are always lurking off camera, and visceral descriptions of animals make it seem as if it’s the animals’ entrails — not their eyes, ears, skins — that connect them with humans.

As an example, Pancake’s story, “Hollow,” and Null’s story, “Mates,” both depict a hunter gutting a doe. In both cases, the description is unsparing, and in both cases, the characters link the kills by analogy to women in their lives. Pancake’s character, Buddy, has just broken up with his woman, a prostitute. Null’s character has killed a doe that is older, which leads him to think of his wife, who also is older. He has a fleeting regret that “perhaps he should have killed something tender and young.”

Null, a seasoned hunter himself, is naturally drawn to Pancake’s prose style, those “terse, hard sentences with such visual detail,” as well as “the country fatalism of his characters.”

Scott McClanahan, a native of Rainelle who lives in Beckley, received a copy of Pancake’s stories for his 21st birthday. “When you write stories in the mountains, you get asked about him,” he said in an email interview. “I’m not sure if I was influenced by him. I guess I was. I remember thinking it was phony that one of his characters hunted squirrels with a rifle rather than a shotgun.”

But McClanahan is quick to point out how young Pancake was. “What was he, like 26 or 27? That’s like being an infant in terms of writer years. If he had lived, he would have had a whole different arc.” He mentions the story “The Salvation of Me,” and notes that “there was a wildness to that voice that feels so West Virginian.”

McClanahan, who was 1 year old when Pancake shot himself, believes his suicide contributed to his posthumous success. “People love to fetishize someone else’s pain. It’s sad, but they do.”

Compared to Pancake and Null, Scott McClanahan’s prose is a tree limb that’s been skinned of every burr, bud, bark and whirligig. Stripped down, slick and simple, McClanahan’s writing is pure plot and character. His style has been called minimalist, but don’t be fooled. Swirling beneath the surface of his tales — some of which read like the transcript of a bar stool anecdote — are deep currents of isolation, regret, yearning, spiritual ennui, and bemusement with the randomness of the cosmos.

McClanahan’s characters are often wounded — sometimes missing a limb, like some of the characters in Flannery O’Connor’s stories about the “Christ-haunted South.” But there’s a spiritual emptiness in McClanahan’s Appalachia that Christianity doesn’t fill. In his story “The Firestarter,” a group of Gideons are on the street when a girl is hit by a passing car. They “just kept passing out Bibles like nothing ever happened.”

Like Pancake, McClanahan is a writer who sees absurdities in the world around him. In “The Collected Works of Scott McClanahan, Vol. 1,” his places are so specific — most set in his hometown of Rainelle — that we believe we are reading a memoir, not a collection of short stories.

In many ways we are. His parents figure largely in many of the stories. The places are also real. In “The Fortune Teller,” a local ambulance comes “zipping” onto a shooting scene: “The Quinwood volunteer ambulance never came zipping anywhere. It was the type of ambulance where you needed to check your pockets after they dropped you off.”

Breece D’J Pancake was concerned with getting the Appalachian story right, but his suicide put a bookend on his brief career. Thankfully, talented writers like Null and McClanahan are still hard at work at their craft.

Matthew Neill Null teaches at Susquehanna University. The Summersville native is a recipient of the Joseph Brodsky Rome Prize from the American Academy of Arts and Letters, the Mary McCarthy Prize, the O. Henry Award, and the Michener–Copernicus Society of America Award. His novel, "Honey from the Lion" (Lookout, 2015), was short listed for the L.D. and LaVerne Harrell Clark Fiction Prize, and his story collection, "Allegheny Front" (Sarabande, 2016), was named a finalist for Foreword’s INDIE collection of the year.

Scott McClanahan is the author of "Crapalachia" (which the Washington Post called, “the genuine article: intelligent, atmospheric, raucously funny and utterly wrenching”) and "The Sarah Book" (which was featured in Rolling Stone magazine.) In 2016, he was named to a list of Writers to Watch by Cultured Vultures. He is currently at work on a book called "He Sent Darkness." McClanahan, who lives in Beckley, has written three previous books: two short story collections, published by Six Gallery Press, "Stories" (2008) and "Stories II" (2009), as well as a third collection, "Stories V," which McClanahan released through his own publisher/production company, Holler Presents.

Susan Johnson’s column “My Side of the Mountain” appears weekly in the Nicholas Chronicle.

Municipal preemption legislation on the rise in WV -- and other states

Sharon Covert: No one should have to fight Alzheimer's alone (Opinion)

Ex-cop guilty of murder and manslaughter in Floyd case

"Food Truck Fridays" to begin on Kanawha Boulevard May 7