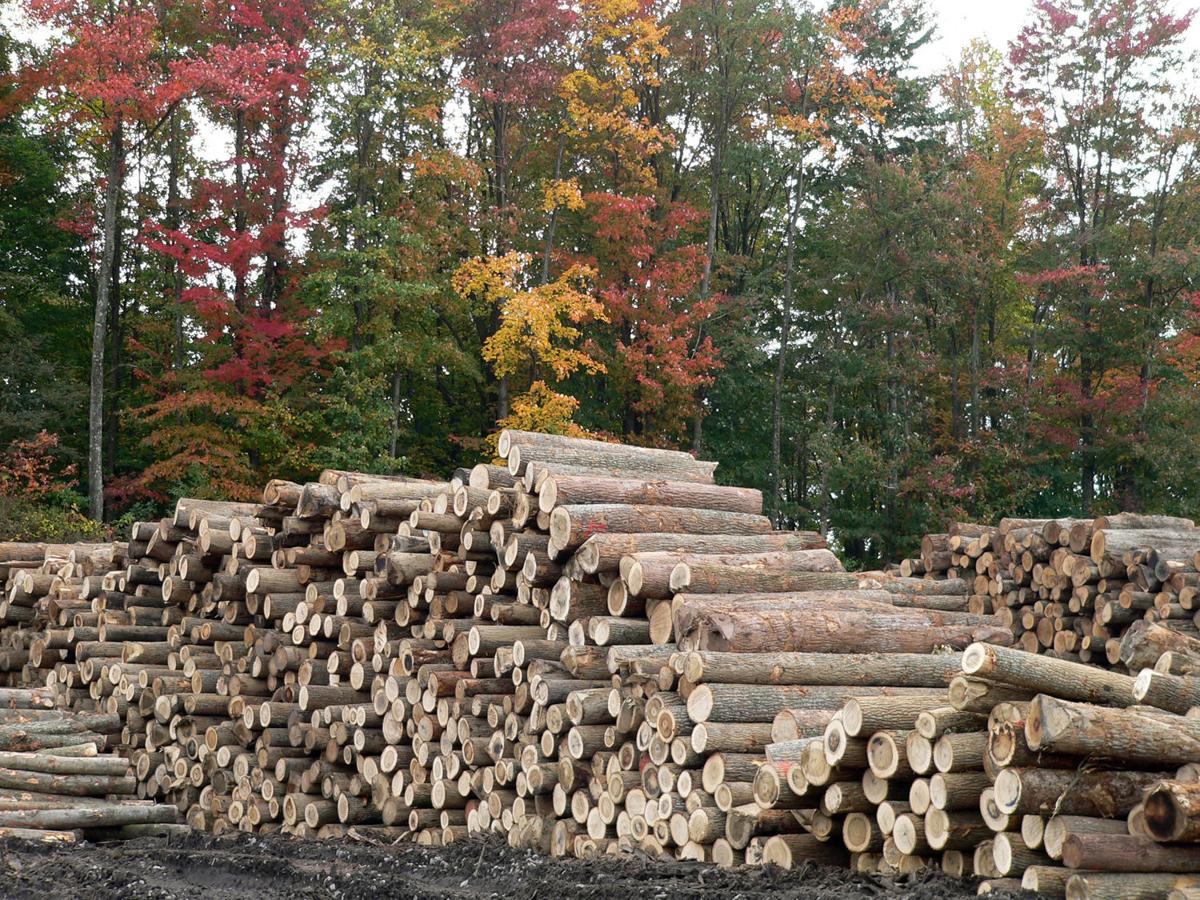 A pile of hardwood logs at Elkins in Randolph County await transport. 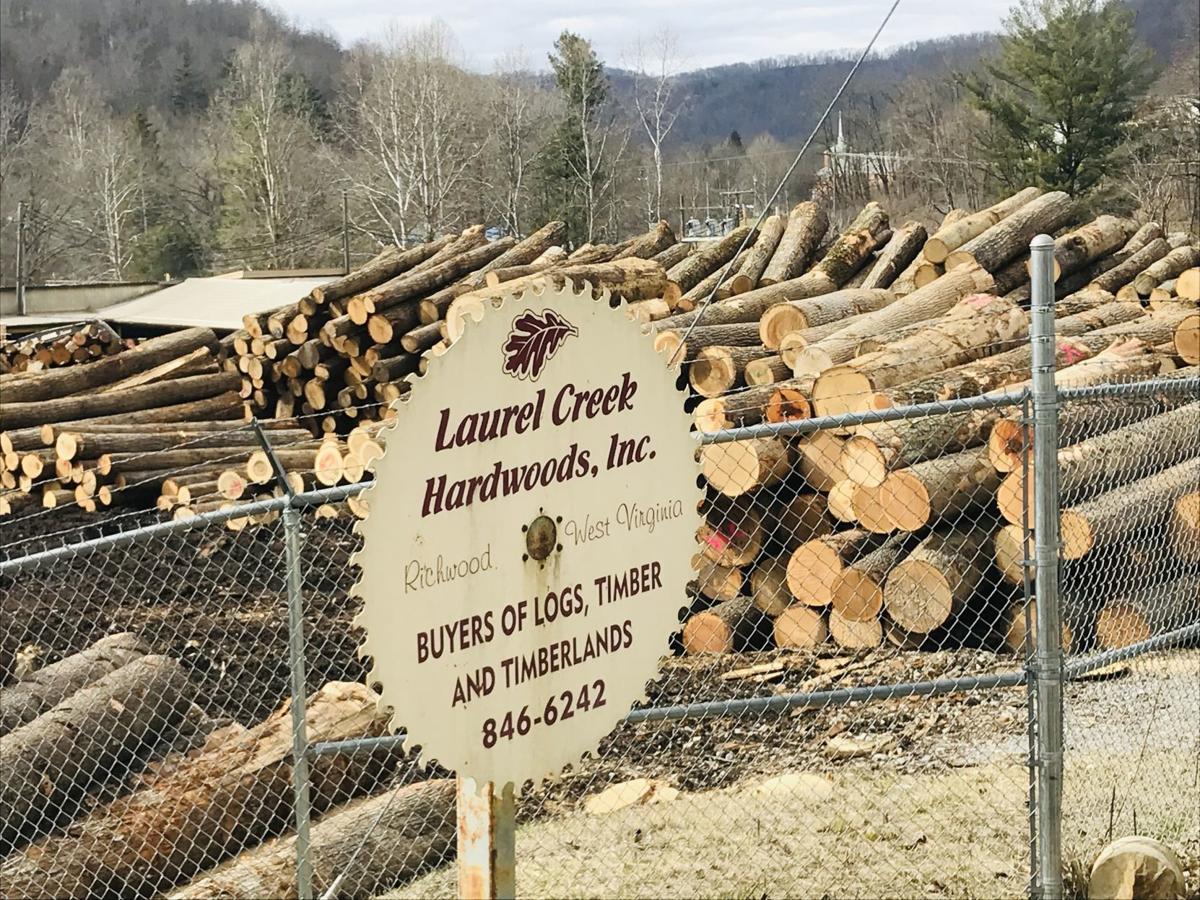 Laurel Creek Hardwoods in Richwood has struggled to move inventory because of tariffs and the trade war with China. 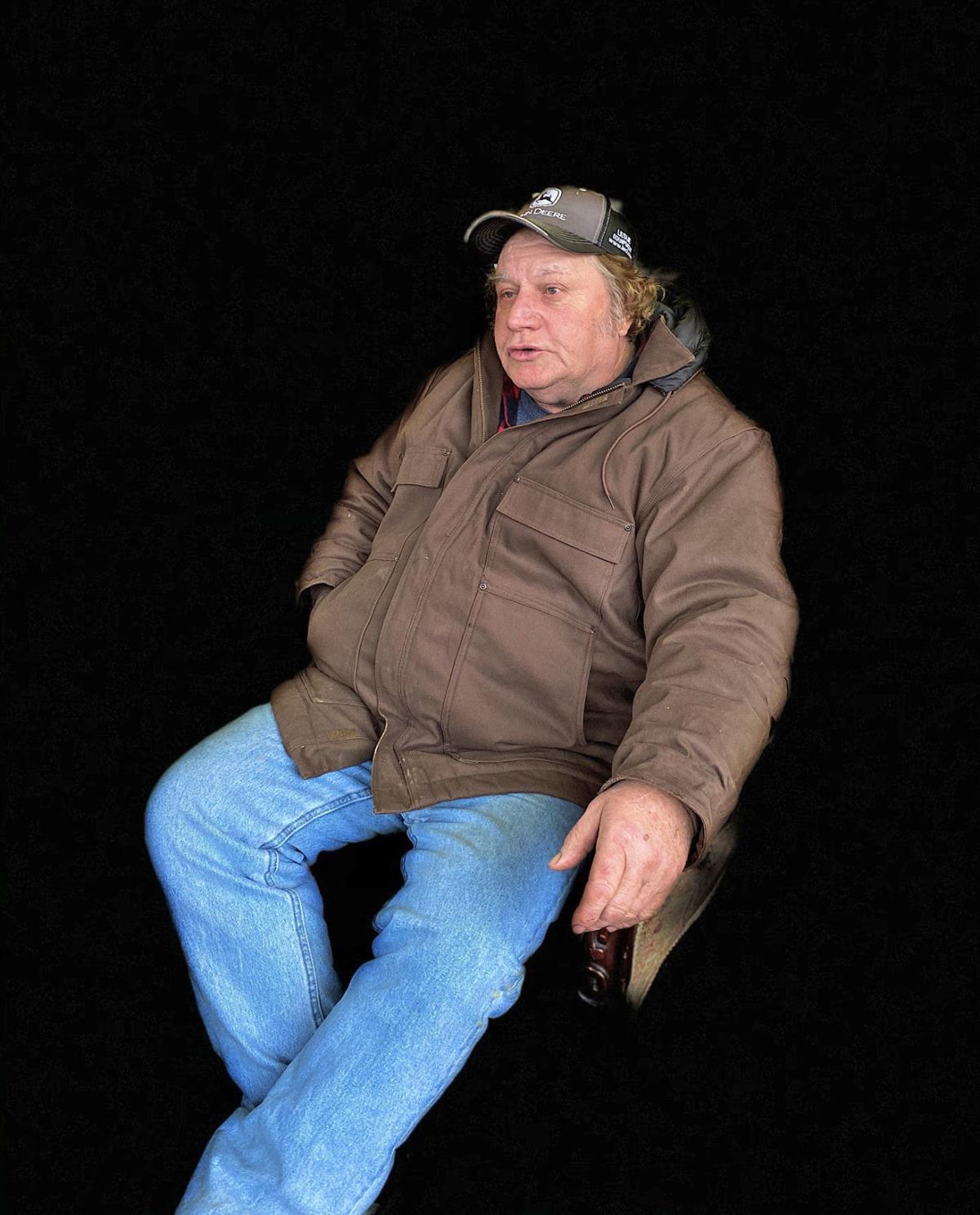 William Bess is a fourth-generation logger. He and his partner, Jerry Ward, operate Rock Ledge Logging. 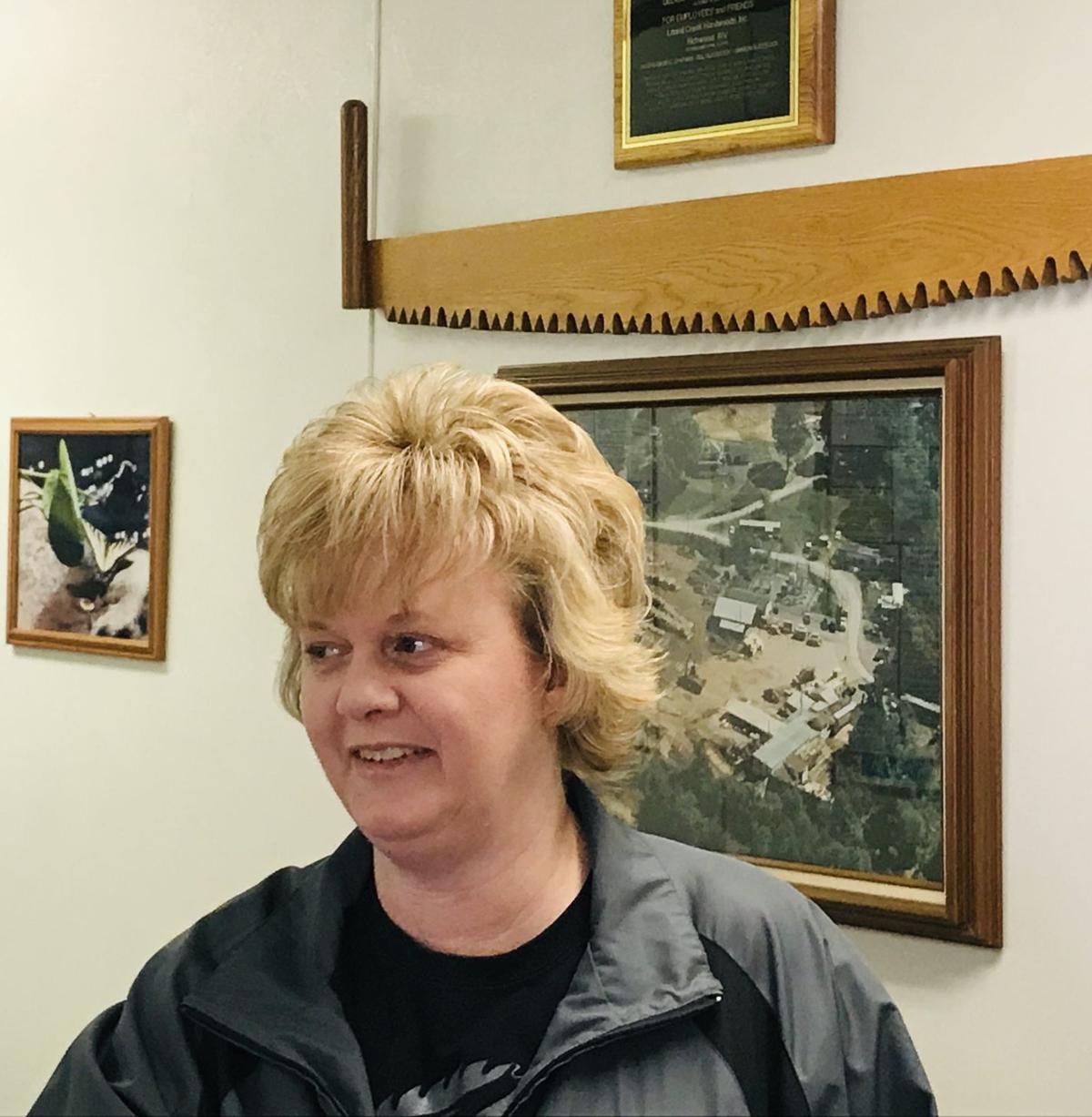 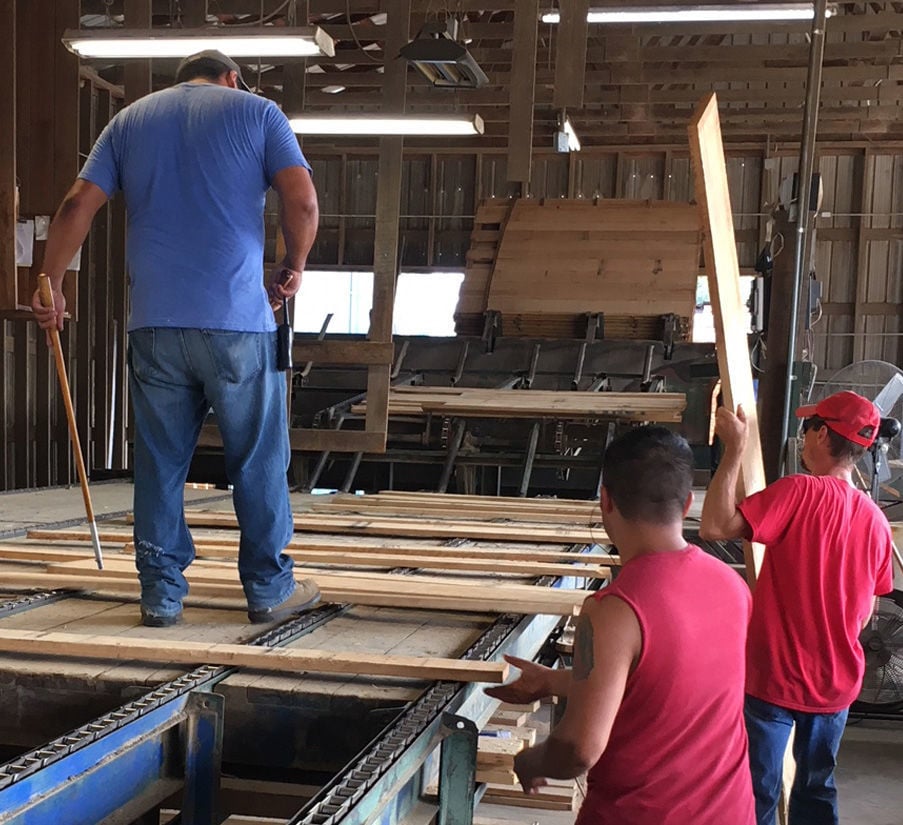 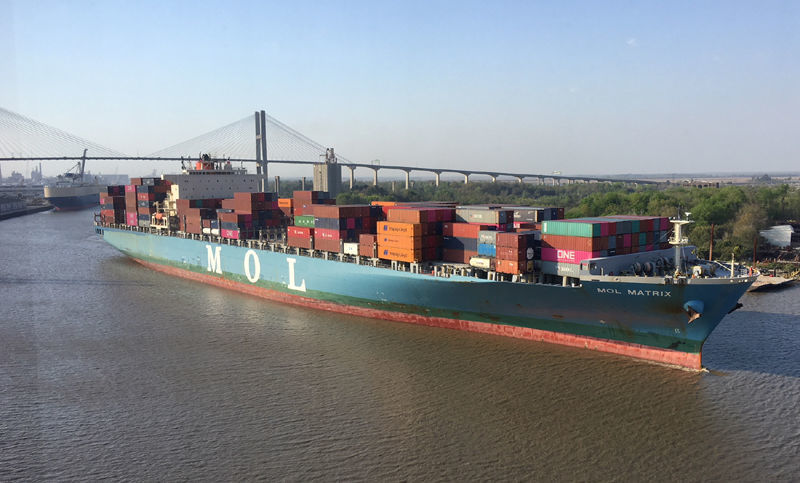 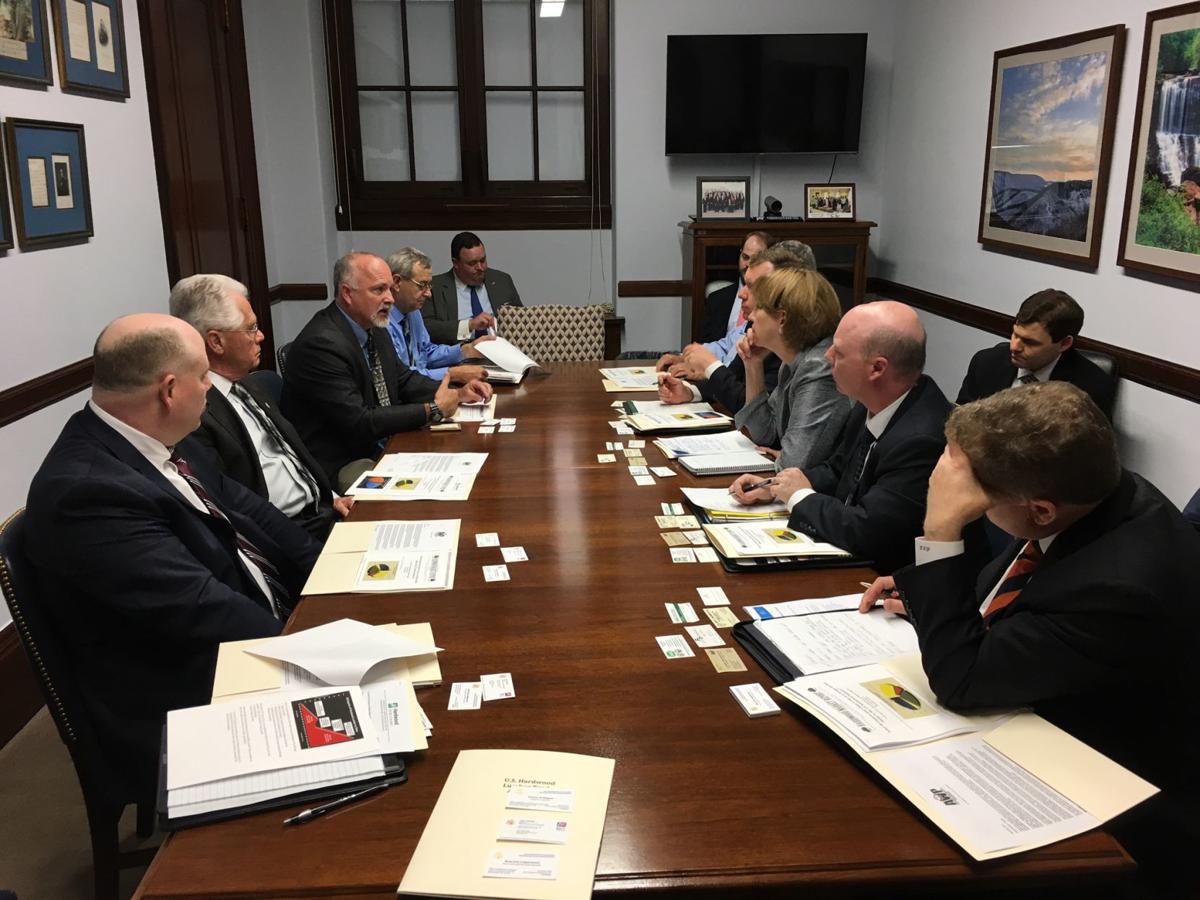 A pile of hardwood logs at Elkins in Randolph County await transport.

Laurel Creek Hardwoods in Richwood has struggled to move inventory because of tariffs and the trade war with China.

William Bess is a fourth-generation logger. He and his partner, Jerry Ward, operate Rock Ledge Logging.

“We are a forgotten industry,” lamented William Bess.

At 63, Bess, a fourth-generation logger, has suffered two bouts with cancer and has a heart condition that prevents him from having both knees replaced. He has a huge scar that runs the width of his forehead caused by a wayward limb from a towering red oak. He’s broken his ankle. Twice. He’s timbered in waist-deep snow and oppressive humidity where “you’re soaking wet and bugs are eating you up.” He’s been threatened by snakes and stung by bees.

Until recently, he’s had no health insurance.

“But I love logging,” he said, his weathered face brightening. “There’s no more perfect day than early spring when it’s been dry for two or three days. The joy is in finding that one tree and taking it down the right way. There’s an art to it. You have to respect that tree. It’s been standing for 200 years sometimes.”

Bess and his partner, Jerry Ward, run Rock Ledge Logging, a small operation with two dozers, a skidder, a flatbed truck and three or four chain saws. Bess estimates he has over half a million dollars in equipment, which takes the same beating as the human body in the rough terrain of Appalachian forests.

Now, though, business is down for Bess’ two-man operation. “We began noticing it around July of 2019,” he said, referring to the tariffs on hardwoods imposed by the Chinese government. “We were put on quotas, meaning we could only log a small amount.”

The pulp mills and sawmills who bought their lumber were full. The 25 percent tariff on red oak, cherry, poplar and other non-coniferous woods had done its intended damage — effectively paralyzing an industry that had been experiencing a robust export business.

The hardwood tariffs were in retaliation for American tariffs on Chinese products, including products like solar panels and washing machines. These tariffs were imposed in 2018 by President Donald Trump in an effort to address a perceived trade imbalance.

In retaliation, the Chinese targeted several industries — most notably soy beans and hardwoods — where the Americans were profiting. These tariffs hit Midwest farmers hard, prompting relief in the form billions of dollars in farm subsidies. The hardwood industry got nothing.

Hit by tariffs and a virus

Bess believes the federal government let the hardwood industry down by not supporting it with subsidies the way they did the agricultural sector. “They could have done something,” he said.

Those tariffs were lifted on Feb. 21, according to an announcement from the Chinese government. At least for the next 12 months, hardwood logs and boards will be unloaded from ships and containers in Chinese ports. But Bess doesn’t expect to feel the effects of the lift for 6 to 8 months.

“There’s so much inventory in wood yards and pulp yards,” Bess said, shaking his head.

Still, the lifting of the tariffs was good news for everyone in the hardwood industry.

Then came the coronavirus.

Tom Inman, president of the American Hardwood Manufacturers, Inc., a trade organization that represents 200 businesses in the Appalachians, did not mince words.

“We held our annual meeting in February, and video-conferenced with Chinese timber importers,” Inman said. “The virus and its impact on workers there was as bad as reports say.”

Inman said the coronavirus began to spread when families returned to their homes after celebrating the Chinese New Year in cities such as Shanghai and Beijing. As a result, people were quarantined for 14 days, which got extended another two weeks.

But now, a month later, China’s economy appears to be coming back to life.

“Factories are now getting back to work and the ports are receiving some product,” Inman said. “There is new business in China now, but certainly not the volume of sales before the tariffs.”

That, Inman explained, is costing the hardwood industry even more. “We have products sitting in containers in Chinese ports. Our suppliers have to pay a ‘demurrage’ fee for every day it sits there.”

Meanwhile, back in the states, mills like Laurel Creek Hardwood in Richwood are struggling to move their inventory.

“We have been forced to sell high-end lumber like cherry and oak for low-end products like pallets,” said owner Sharon Glasscock. “So far, we’ve been able to keep all our employees, but other larger mills aren’t so lucky.”

One of those larger mills is Collins Hardwood, a sprawling operation in the middle of downtown Richwood. Collins was originally Cherry River Boom and Lumber Company, an early 20th century operation where William Bess’ ancestors once worked. The City of Richwood was founded on the lumber mill’s success.

In an interview in early March, Bo Hammonds, general manager of the Richwood Collins plant, said he had to lay off around 40 workers last year and cease the plant’s sawing operations altogether. While Hammonds said the layoffs were not entirely caused by the tariffs, “they certainly went into the company’s decision making.”

Collins still has products sitting in Chinese ports. But even when that inventory finally moves, Collins has no plans to resume sawing.

“Richwood will essentially be a holding yard,” he said.

But just days after that interview, Collins Hardwoods sent letters to all its Richwood employees saying the mill was closing permanently.

Despite this mixed bag of hope and gloom, everyone in the industry seems to believe the next 18 months will be better for the hardwood industry.

“This increase in available timber will benefit the timber industry in West Virginia because there will be more opportunities for local timber purchasers to work on projects in the Forest,” she said in an email. “It also benefits the local economy, because we have been steadily increasing our staffing since 2017 to accomplish the additional workload.”

Inman also sees a light at the end of the tunnel.

“If the Chinese can contain the coronavirus, we should see some growth in American lumber markets there,” he said. “Some manufacturers have moved their operations out of mainland China to places like Vietnam and Taiwan. But the tariffs have cost us some market share.”

Meanwhile, Indonesia, Malaysia and Eastern Europe have been supplying the Chinese with hardwoods. But Inman believes Americans can eventually recapture those markets.

For Inman, if certain stars were to line up, hardwoods could see a period of growth. First, COVID-19 needs to be controlled and the supply chain restored. He said the Chinese economy needs to pick back up after a recent slump.

“The Chinese demand for natural hardwoods like oak and cherry is what drove the industry in the early 2000s,” he said.

Appalachian hardwoods are extremely sustainable, Inman said. “For every tree harvested, two and a half are left standing.”

He hopes American tastes will trend back to natural hardwood.

Inman said the cheap furniture Americans have been buying from outlets and online retailers hurts the American job market. Plus, these products are made of low-quality materials. “When you buy a $300 dinette set, you have to assemble yourself, you have no way of knowing what kinds of chemicals were used in its manufacture. You don’t know what kinds of labor practices went into its construction.”

Other industry leaders agree. Gat Caperton of Gat Creek Furniture said, “Families are beginning to take notice of things like internal air quality. This cheap furniture releases dangerous chemicals into the air in your home. Our products are 100% natural wood products harvested in Appalachian forests, milled in Appalachian mills and hand-constructed by American workers. If everyone would insist on American-made wood products, it would help our economy tremendously.”

The cost of labor is a factor. Collins was a union shop. Sharon Glasscock’s Laurel Creek Hardwoods is not. The Teamsters Local 175, the union group representing approximately 500 employees of Randolph County-based AHF, the largest pre-finished solid hardwood flooring plant in the country, is reportedly “urging employees to vote against the upcoming contract renewal on Sunday,” the Inter-Mountain reported in a March 22 article.

“They can agree on everything, as I understand, except health insurance,” Glasscock said. “It is very difficult to provide employees a living wage and good benefits and compete with cheap foreign labor.”

“I don’t see a return to days when big companies like Broyhill employed 2,500 people,” he said.

But he is encouraged by the success of smaller operations like Bassett and Gat Creek.

The aging workforce is another issue. “Young people just don’t want to do this hard work,” William Bess said. “Old fellers like us are still at it, but I can only think of a couple of guys in their 30s. They do this work for a year or two, then they want something else.”

Many of Gat Creek’s employees are also over 50.

End of the line

William Bess has no plans of retiring any time soon. As long as his health holds up, he and his 53-year old partner (who was recently hospitalized for a heart condition) will continue to work.

“I talk to fellow loggers on Facebook. Things look pretty bad for the short term, but they think the business will get better in the next six to eight months,” he said.

Still, he is a little wistful when he looks over his 51 years in logging. He will always be captivated by the mystique of the logger’s life. He remembers building a tiny logging shanty with his dad on a flat up in the woods.

“We’d work an area for a while, then we’d drag the shanty to a new tract when we were done,” he said.

At night, they’d share a meal around a fire.

Bess likes to tell a story of loggers and their hats.

“Old loggers, many of them immigrants, would buy a big broad-brimmed felt hat,” he said. “They couldn’t speak English, so for every day’s work, they’d cut a notch in that hat.”

Bess said the men would then come into town and “cash in their hats.”

Richwood’s economy was the beneficiary.

“They were looking for cold beer and hot women,” he said, laughing.

But Bess’ stories will no longer be passed down in his own family. There likely will not be a fifth-generation Bess logger.

His only daughter is a Yale-educated lawyer turned author. She lives in Connecticut with her husband, a professional photographer.

“I taught Mary how to cut down a tree one time,” he said. “She did a pretty good job.”

Besides raising his daughter, Bess considers a couple of dozen 55-foot poplar logs as part of his legacy. He provided the logs for the historic Phillipi Bridge restoration in Barbour County. The double-barrel covered bridge from the Civil War era was damaged in a fire in 1989.

Bess was commissioned to provide timber for the project. He was recognized for his efforts in a ceremony by then-Gov. Gaston Caperton. “A man came up afterwards and shook my hand. ‘Thank you,’ he said. ‘My great-great grandfather built this bridge in 1852. Now you have restored it.’”

Bess and the others who worked on the restoration are commemorated in a photo inside the bridge.

Susan Johnson’s column “My Side of the Mountain” appears weekly in the Nicholas Chronicle.

The Hargus family from Minneapolis, Minnesota, gets many compliments on their guitar-pick shaped coffee table. “We love the design,” said Joan…