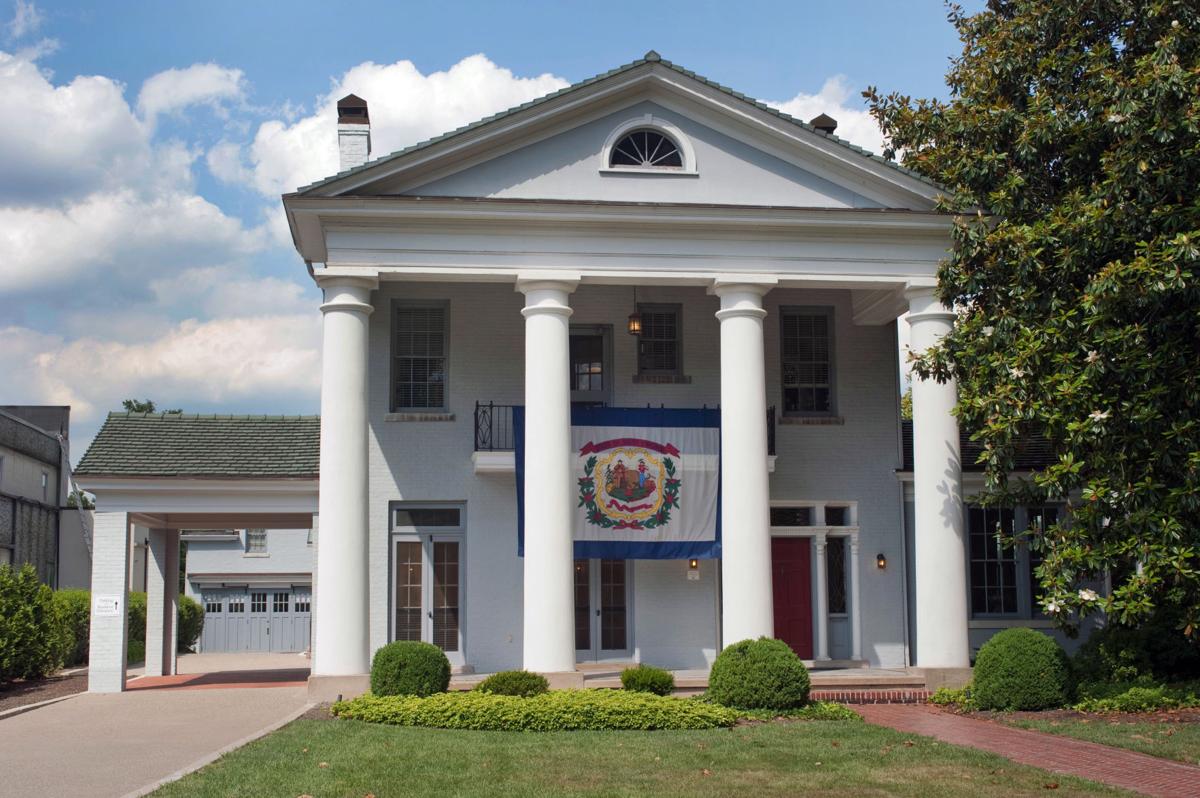 Built in 1836, the MacFarland-Hubbard House is the third oldest house in Charleston. 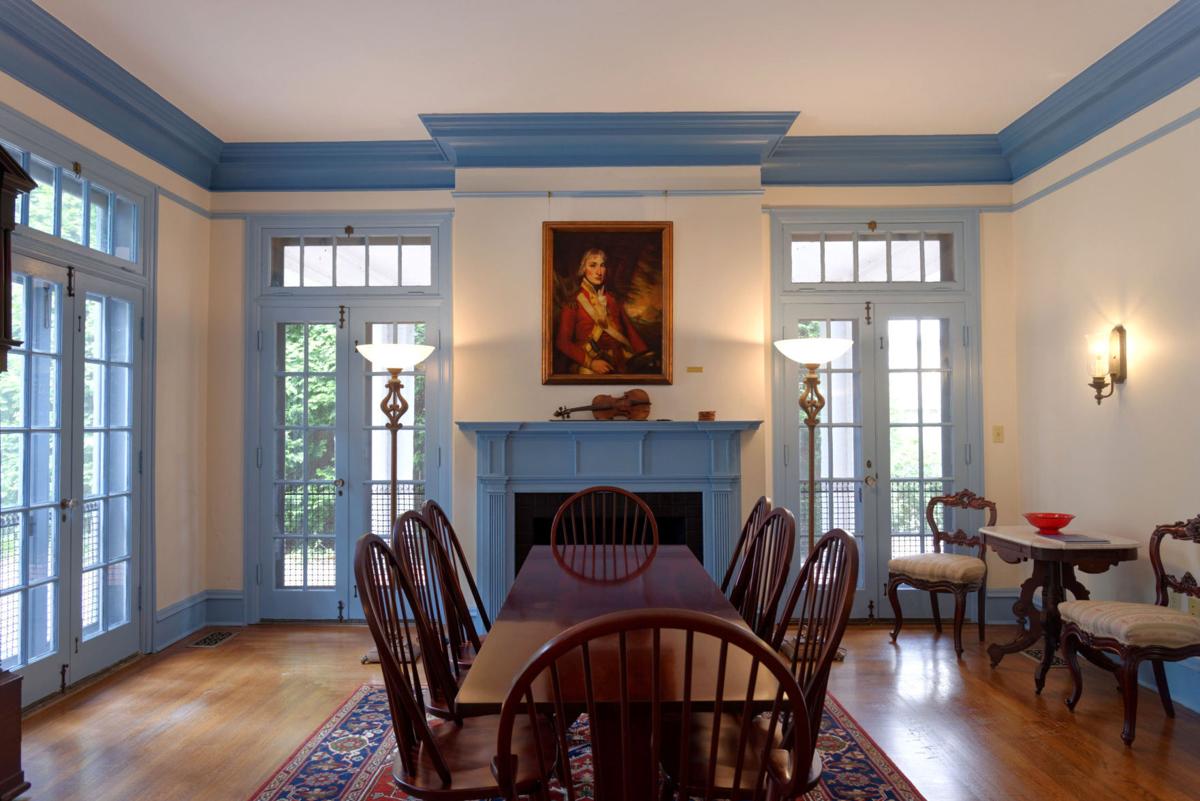 The parlor, located in a front corner of the MacFarland-Hubbard House, was the main social space in the house. Today, it’s been painstakingly restored. 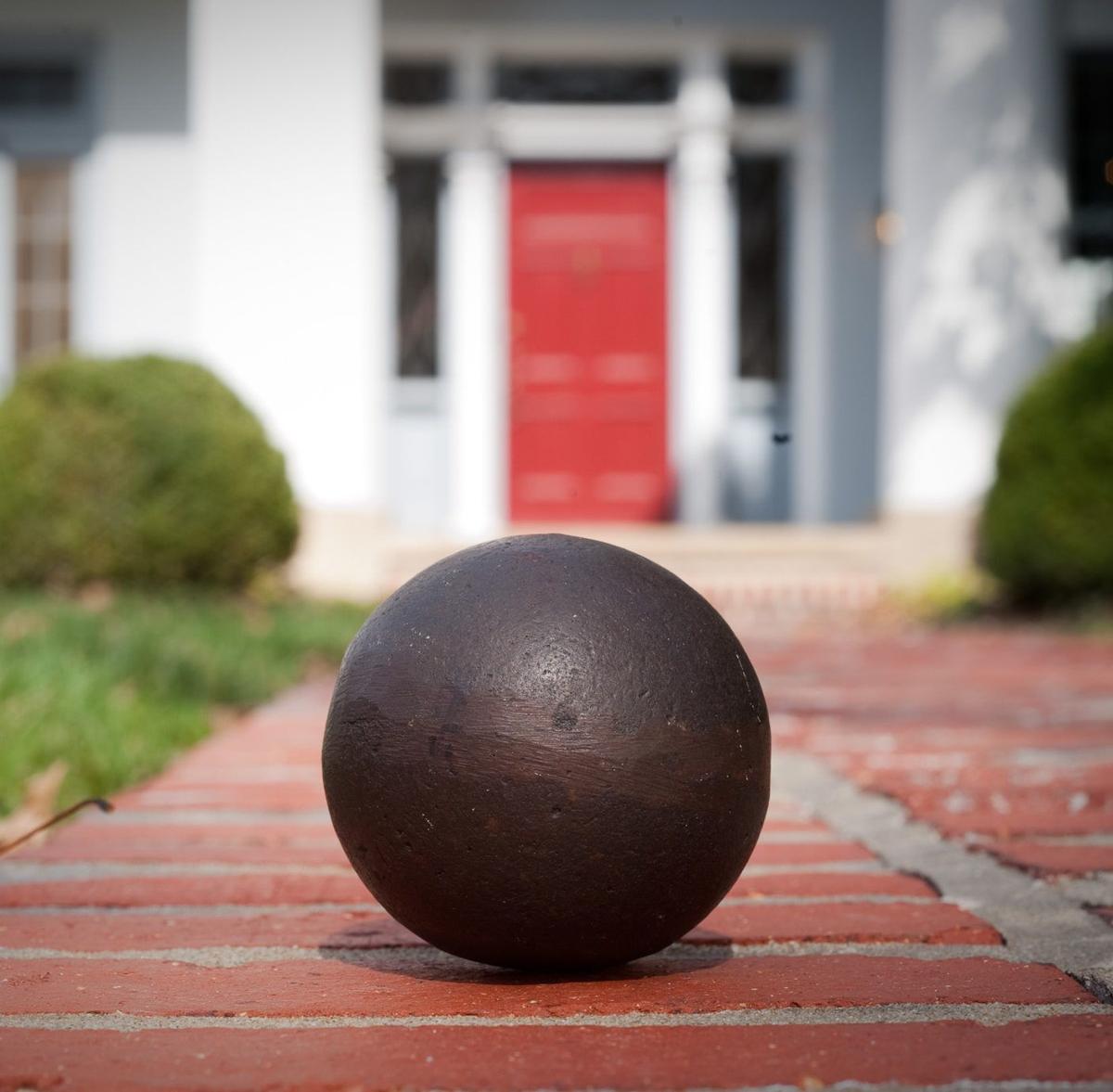 The MacFarland-Hubbard House was bombarded by Confederate artillery during the Civil war and a cannon ball came through the roof and wedged in the attic. Today, it’s displayed at the house under a glass dome.

Built in 1836, the MacFarland-Hubbard House is the third oldest house in Charleston.

The parlor, located in a front corner of the MacFarland-Hubbard House, was the main social space in the house. Today, it’s been painstakingly restored.

The MacFarland-Hubbard House was bombarded by Confederate artillery during the Civil war and a cannon ball came through the roof and wedged in the attic. Today, it’s displayed at the house under a glass dome.

For more than two decades, the West Virginia Humanities Council’s home has been the historic MacFarland-Hubbard House, an architectural landmark that’s one of a handful of surviving antebellum houses in Charleston.

“The MacFarland Hubbard House is both a working office and a public space for programming and events,” said Humanities Council Executive Director Eric Waggoner. The council purchased the house, located at 1310 Kanawha Boulevard, in 1998 and completed its renovation in 2000.

Standing well back from the street, the old house faces the Kanawha River and has a commanding view of the hillsides across the river. Nearly square, the two-story gray-painted brick structure is of Greek Revival design, with a handsome facade that includes four large columns and an elaborately designed doorway. It was added to the National Register of Historic Places in 1979.

Built in 1836, the MacFarland-Hubbard House is the third oldest house in Charleston. The original portion of Holly Grove Mansion, which stands beside the Governor’s Residence on Kanawha Boulevard, dates back to 1815. And the Craik-Patton House was built in 1834. After being moved a couple of times, it’s now located at the Daniel Boone Roadside Park.

Unlike Holly Grove and Craik-Patton, which were built as plantation or farm houses, the MacFarland-Hubbard house was constructed in an urban setting for the use of merchant families.

The house was built by Charleston builder Norris Stanley Whittaker on land he purchased from Isaac Noyes. Whittaker built the house “on spec,” that is he didn’t have a buyer while it was under construction but hoped to secure one when it was completed.

The first owner of the house was Henry Devol MacFarland, a wealthy merchant. He, his wife and their two young children lived in the house in 1845.

John C. Ruby II and his wife, Mary Frances Noyes, were the house’s second owners. Ruby established a grocery business on Kanawha Street in Charleston and served as the city’s mayor from 1875 to 1877. Pro-Confederate in their sympathies, the Rubys fled south during the Civil War and came back after the war to find their house being used as a hospital for wounded Union soldiers.

The house was bombarded by Confederate artillery during the war and a cannon ball came through the roof and wedged in the attic. Today, it’s displayed at the house under a glass dome.

Ruby family descendants occupied the house until 1921, the longest period of time for any of its owners. The last generation of Rubys was in the auto business. They subdivided the deep, level lot and on the back portion built a building to house a Packard dealership. The building, which fronts Virginia Street, is now a law office.

In contrast to the Rubys’ long ownership, the house’s next owner, John B. Crowley, a businessman of considerable wealth, occupied the house for the shortest period of time. Even so, Crowley managed to make more changes in it than any other owner. He constructed a porte cochere (covered carriageway entrance) and a sunroom of matching dimensions on the east and west sides of the house and covered their roofs, as well as the main roof, with green shingle tiles. He also put in the old house’s first electric lights, built a carriage house and installed a wooden stairway said to have come from the Old White hotel in White Sulphur Springs.

In 1942, Crowley sold the house to John W, Hubbard and his wife, who brought with them, their son Bill and daughter Elizabeth. Mr. and Mrs. Hubbard died. Bill moved away and died. And Elizabeth Hubbard, who never married, lived in the house until her death in 1997. She had no close relatives and so left the fully furnished house to the First Presbyterian Church. The church sold off the contents.

After acquiring the house from the church, the Humanities Council slowly refurnished it with gifts of furniture, artwork and oriental rugs.

A particularly welcome gift was a striking portrait of Col. Charles Lewis, a hero of the 1774 Battle of Point Pleasant. The painting had hung in the house but had been sold. It was donated back to the house in 2003 by Dr. Charles Stacy Jr. The painting was hung over the parlor fireplace just where the Hubbards had displayed it.

James E. Casto is the retired associate editor of the Huntington Herald-Dispatch and the author of a number of books on local and regional history