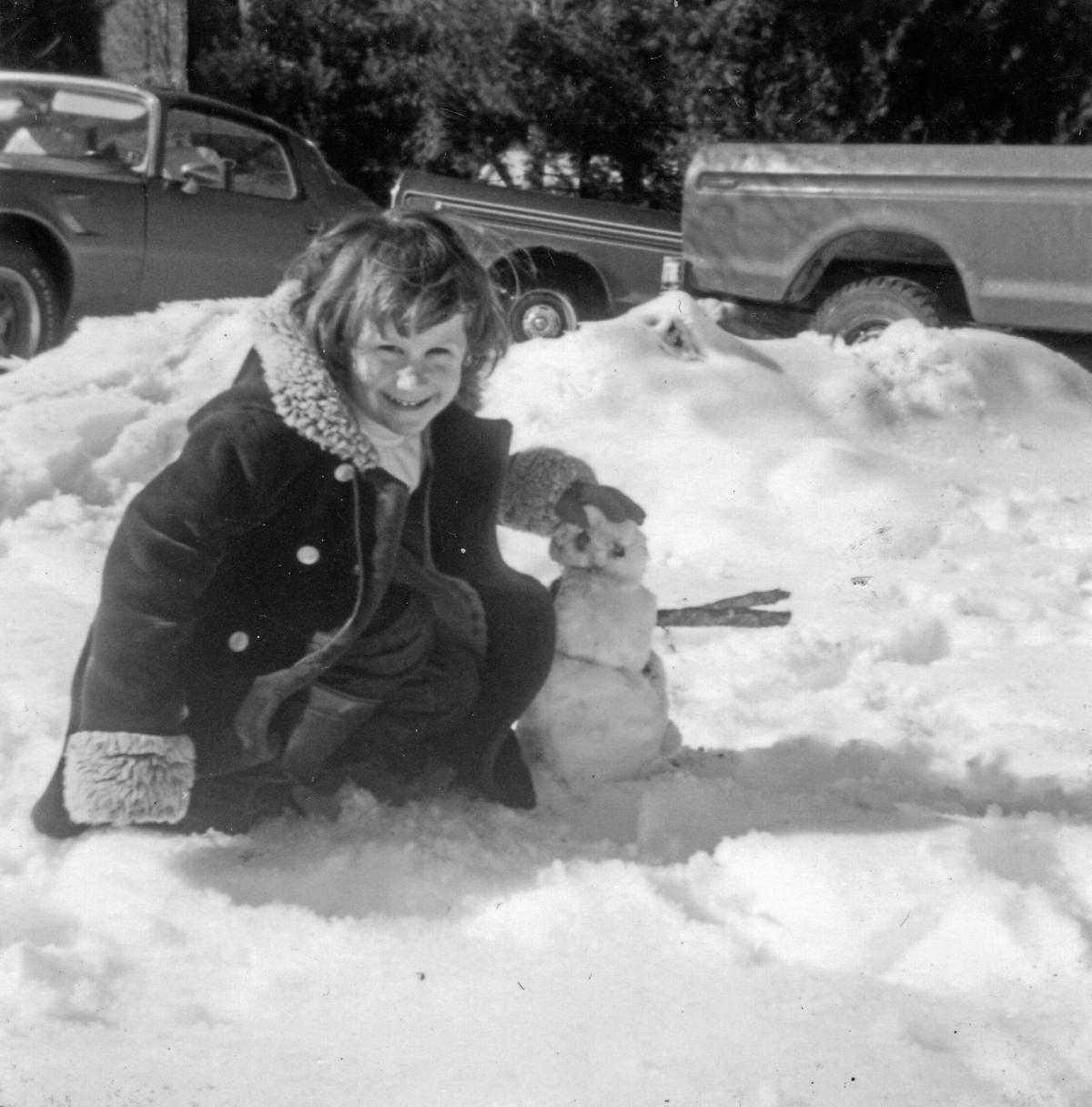 Mary Marantz recalls her childhood growing up in the mountains of Nicholas County — the good days and bad — in her memoir, “Dirt.” 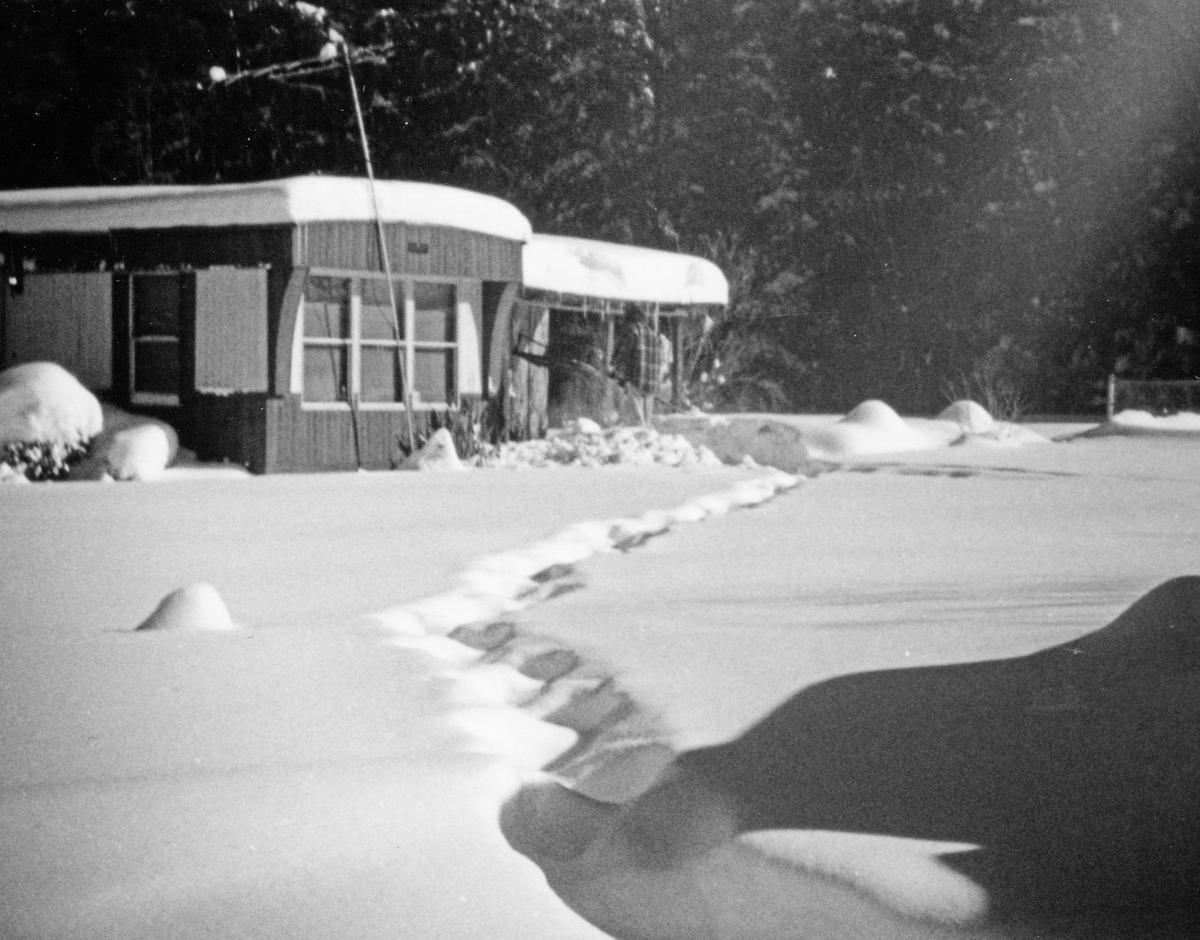 Winter picture of the single-wide trailer Marantz grew up in near Richwood. 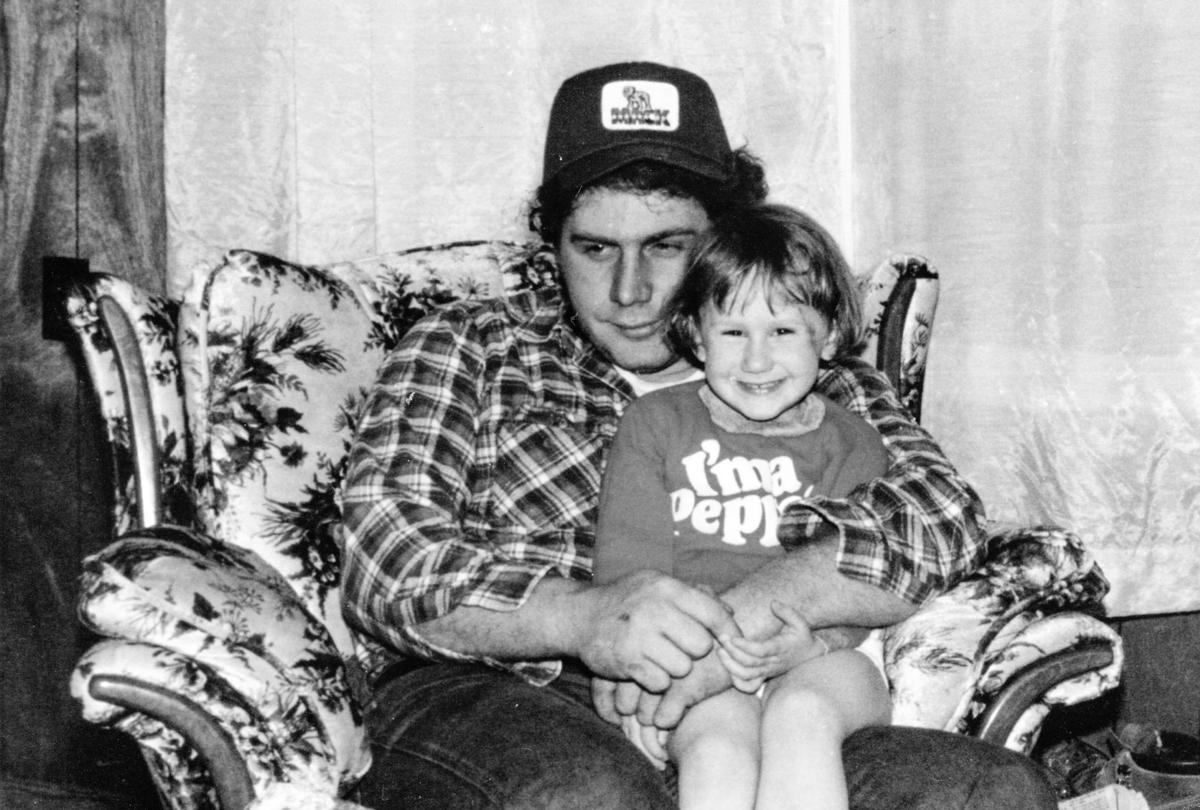 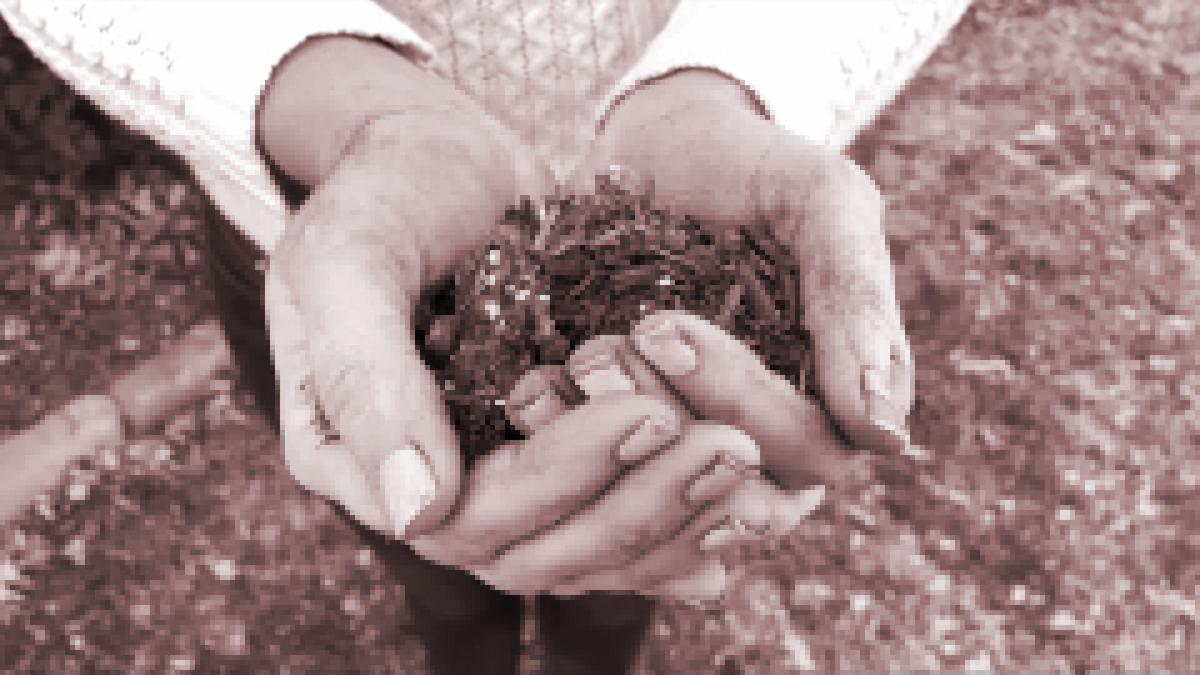 In her memoir, “Dirt,” Mary Marantz digs deep into her roots growing up in the mountains of Nicholas County. 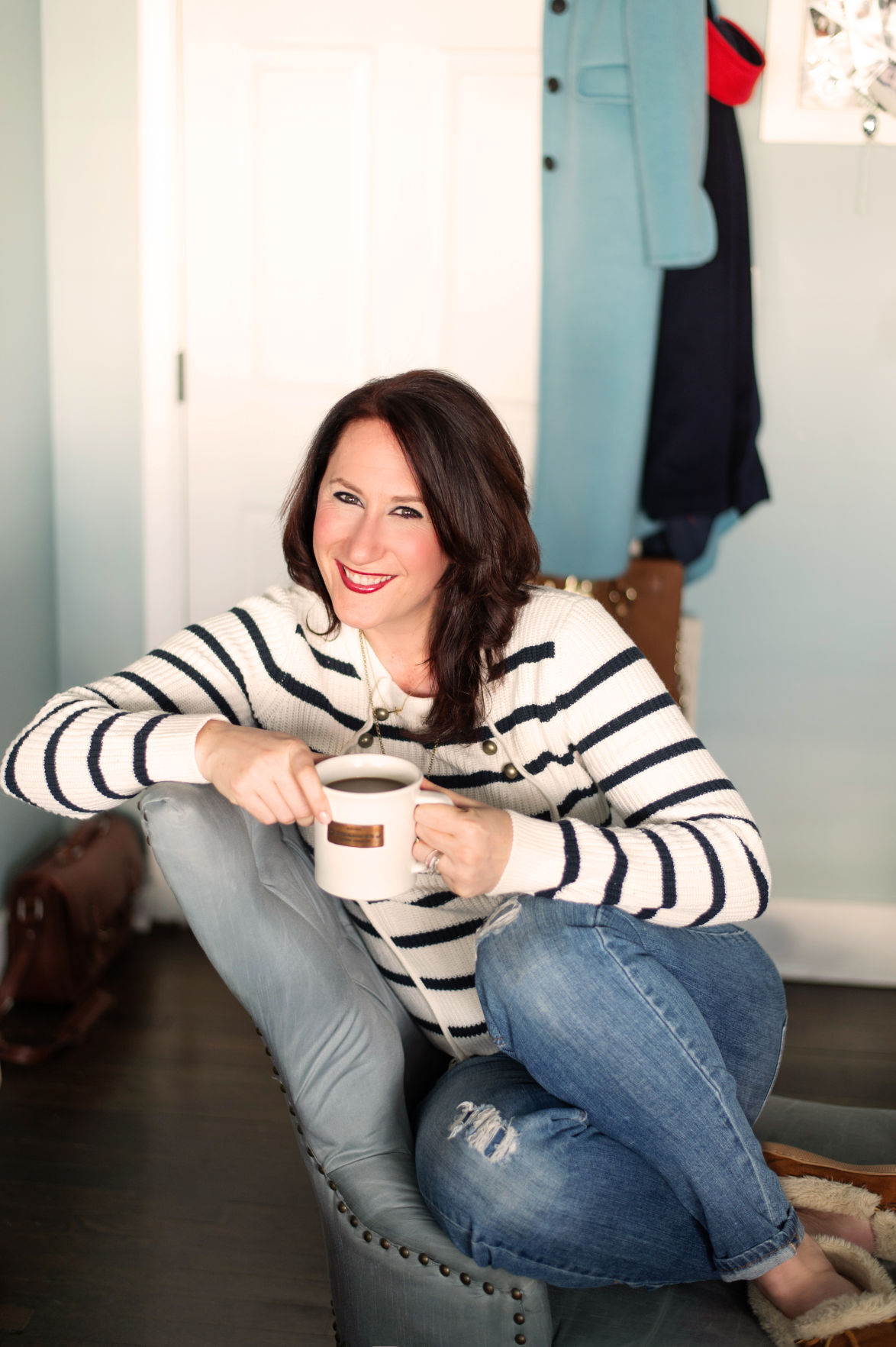 Mary Marantz is the author of the book, “Dirt,” about growing up in West Virginia. She is a Yale Law School graduate, and the first in her immediate family to go to college. She is also the host of “The Mary Marantz Show,” which debuted in the iTunes top 200 podcast list. 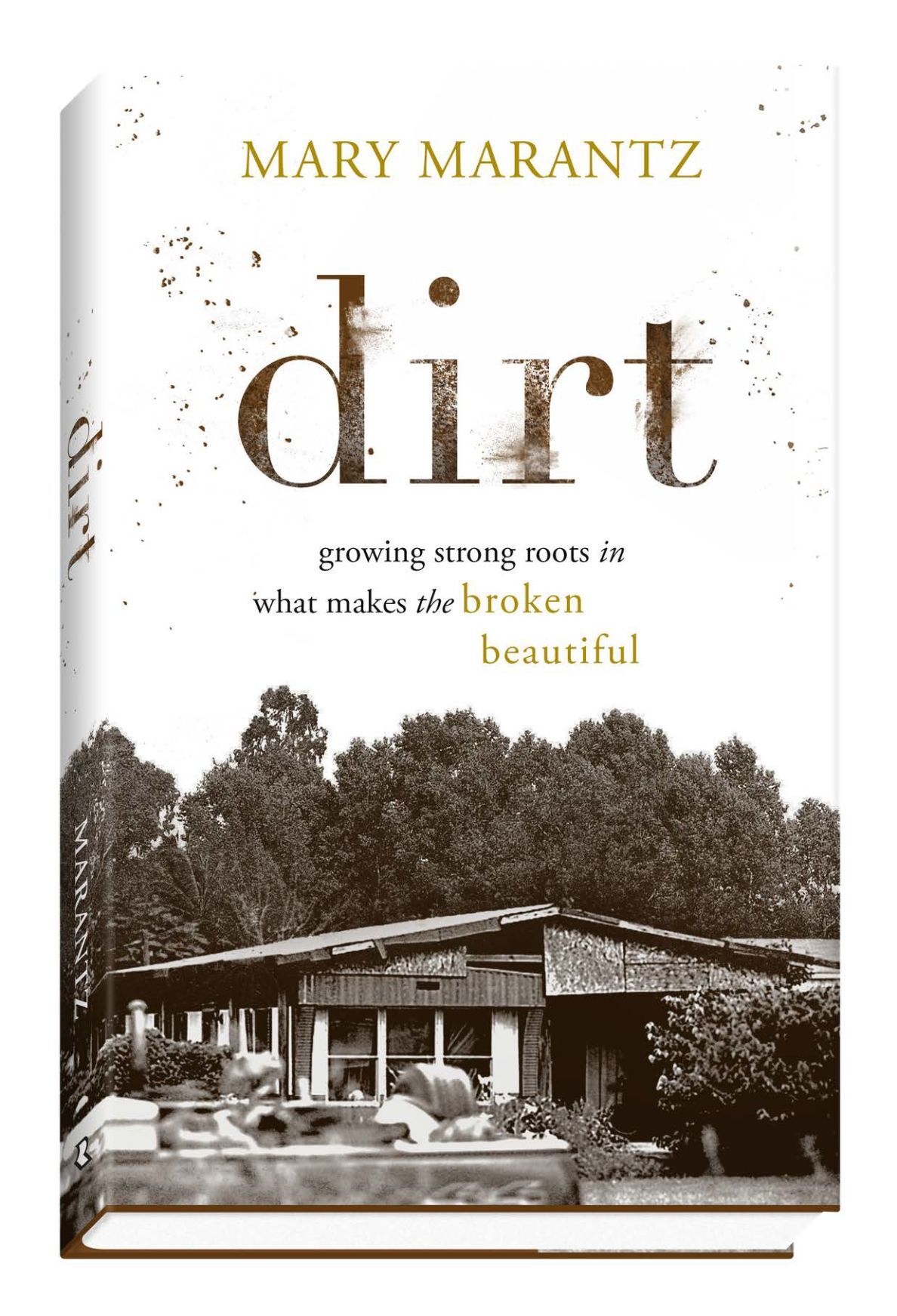 “Dirt” is available in hardcover and as a Kindle e-book on Amazon. It is also available as an audiobook.

Mary Marantz recalls her childhood growing up in the mountains of Nicholas County — the good days and bad — in her memoir, “Dirt.”

Winter picture of the single-wide trailer Marantz grew up in near Richwood.

In her memoir, “Dirt,” Mary Marantz digs deep into her roots growing up in the mountains of Nicholas County.

Mary Marantz is the author of the book, “Dirt,” about growing up in West Virginia. She is a Yale Law School graduate, and the first in her immediate family to go to college. She is also the host of “The Mary Marantz Show,” which debuted in the iTunes top 200 podcast list.

“Dirt” is available in hardcover and as a Kindle e-book on Amazon. It is also available as an audiobook.

”For me, this life — dug out and rebuilt from the ground up — has turned out to be much less a story about any kind of success than it is a song of redemption, a reconciliation with the roots that grew me, a melody born out of the muddiest parts of my life.

Because for me and my story ... it always started with dirt.”

— From chapter one of “Dirt”

Nicholas County native Mary Marantz’s new book, “Dirt: Growing Strong Roots in What Makes the Broken Beautiful,” is a memoir of her time growing up in a single-wide trailer on a mountaintop road in Appalachia.

The book is a best seller in several categories on Amazon and other retailers. It has landed her guest spots on the Hallmark Channel’s “Home and Family” show, a production that flew her to California. She is in conversations about a film based on the memoir, and has signed a contract for four more books.

Her podcast, “The Mary Marantz Show,” debuted in the iTunes Top 200 of all podcasts, and she is in demand as a motivational speaker.

But along with the highs, Marantz has experienced some recent lows. The hero of her memoir, her father, JB Bess, a lifelong logger from Richwood, suffered a serious heart attack in late summer. Last month, she had to say goodbye to a beloved pet, her golden retriever, Cooper.

“I think if there is one thing that 2020 is teaching me, it’s that we can hold both joy and grief at the same time,” Marantz said.

“It’s been a roller coaster of emotion for sure,” she said. [My dad] has walked through the fire the last few years with his health ... I’m so grateful that I got to tell his story in the pages of ‘Dirt,’ and that he’s still here to see through these words what his legacy truly has been.”

There is a pivotal moment near the end of “Dirt” where Marantz’ father says: “God, I don’t care what you do with my life. Just do something with hers.”

By all appearances, that prayer has been answered. Marantz graduated from WVU, studied abroad in London, earned a masters in philosophy from the University of Hertfordshire, and a law degree from Yale. She and her husband, Justin Marantz, started a successful photography business that evolved into an online educational platform for photographers with tens of thousands of students worldwide. They renovated and now live in a 140-year-old house on the coast at New Haven, Connecticut.

Despite these accomplishments and the contrast with her upbringing, Mary does not think of “Dirt” as a rags-to-riches story. Instead, it’s more of a spiritual journey, a coming of age tale, a “love letter to Appalachia,” as she calls it.

“At the end of the day, this isn’t really a story about trailer-to-Yale-Law at all; it’s about making peace with the past and all the pieces that have made you.”

Earlier this month, Mary agreed to an interview on writing, family and finding a way back home.

On writing about family

“Writing some of the more difficult-to-read parts of the book (like when my mom left), but figuring out how to do that in a way where the reader doesn’t turn their back on any one character (especially here, where those characters are real people) was some of the hardest, most rewarding work of this book.

“I wanted to paint these characters, myself included, as the real, complex, messy, human people that we are. I never wanted it to be a caricature of a stereotype. I never wanted to tell the reader what they think they already know about these characters. I wanted them to lean in and see that none of us is all good or all bad. We’re all just people trying to do the best we can with what we have.”

On writing about Richwood

“I think when the cover was first revealed and it had that title and the picture of the trailer on the cover, there was some fear of how that would be received. But once the book was actually out and people were able to read these words and see what a love letter it really is to not only my family, but the hometown and the state that raised me ... all of that fear went away.

“And I have been absolutely blown away by the number of people from back home who have gotten the book, shared the book, reached out to me to let me know what it meant to them and how they saw themselves in these pages, too. I’ve gotten to reconnect with people I haven’t gotten to talk to in years ... it’s honestly been one of my favorite parts of the whole experience!”

On leaving Appalachia — and coming home

“The first thing I would say is that some of the smartest people I went to high school and WVU with did end up staying in (or eventually coming back home to) West Virginia. And that gives me so much hope about where the state is headed in this next generation.

“One of my favorite things about West Virginians is this open-door, open-hearted policy of ‘Once a Mountaineer, always a Mountaineer.’ You may roam ... but you can always call West Virginia home. So for that reason, it’s never been difficult to come back home.

“I would say that a lot [of readers back home] like what happens in the book with the Girl in the Trailer and the Girl After the Trailer making peace with all the pieces that made her. I have made peace that my story ended up calling me somewhere else. I am both now: West Virginia and Connecticut. The mountains and salt water. And both of them feel like home to me.”

“I would also say to them what I say in ‘Dirt’: ‘He was color and freedom and fire and dirt. And His was the voice that told me, someday all of this was going to make so much sense. He was going to use it all. The messy, the hard, the broken, the beautiful. One day He was going to put words to it. And then I’d see. My story wouldn’t be wasted.’”

“One thing about transformation — it hurts. I used to think it must be painful for a caterpillar to become a butterfly, to grow wings out of his back. It turns out that the caterpillar has to completely disintegrate before the butterfly can be created. A dying of self to become a new thing. A metamorphosis out of the messiest times of our lives.

“However, I do like to imagine that 10-year-old Mary is in the room with me now wherever I go. And that girl doesn’t take a single second of any of this for granted.

“I think 30-year-old me would be blown away by the softening that ten more years can bring. The wisdom, the empathy, the healing, the forgiveness. I think if she had been the one to write the book, it would have turned out very differently. And for that, she would be so thankful that it took another ten years to get this book out into the world.

“My notion of a better life has definitely changed. It used to be defined by things (the right house, the right car, the right clothes). Now it is defined by peace, purpose and doing work that matters to me.”

“Dirt: Growing Strong Roots in What Makes the Broken Beautiful,” by Mary Marantz, Baker Publishing Group, is available on Amazon and local retailers.

Susan Johnson: The tricky business of writing an Appalachian memoir

It’s just a coincidence that Mary Marantz’s new memoir “Dirt” and the film adaptation of the J.D. Vance memoir “Hillbilly Elegy” have both bee…

Gazette-Mail editorial: WV ahead on vaccine rollout, as well as obstacles

It's unclear how many WV school workers are refusing vaccines