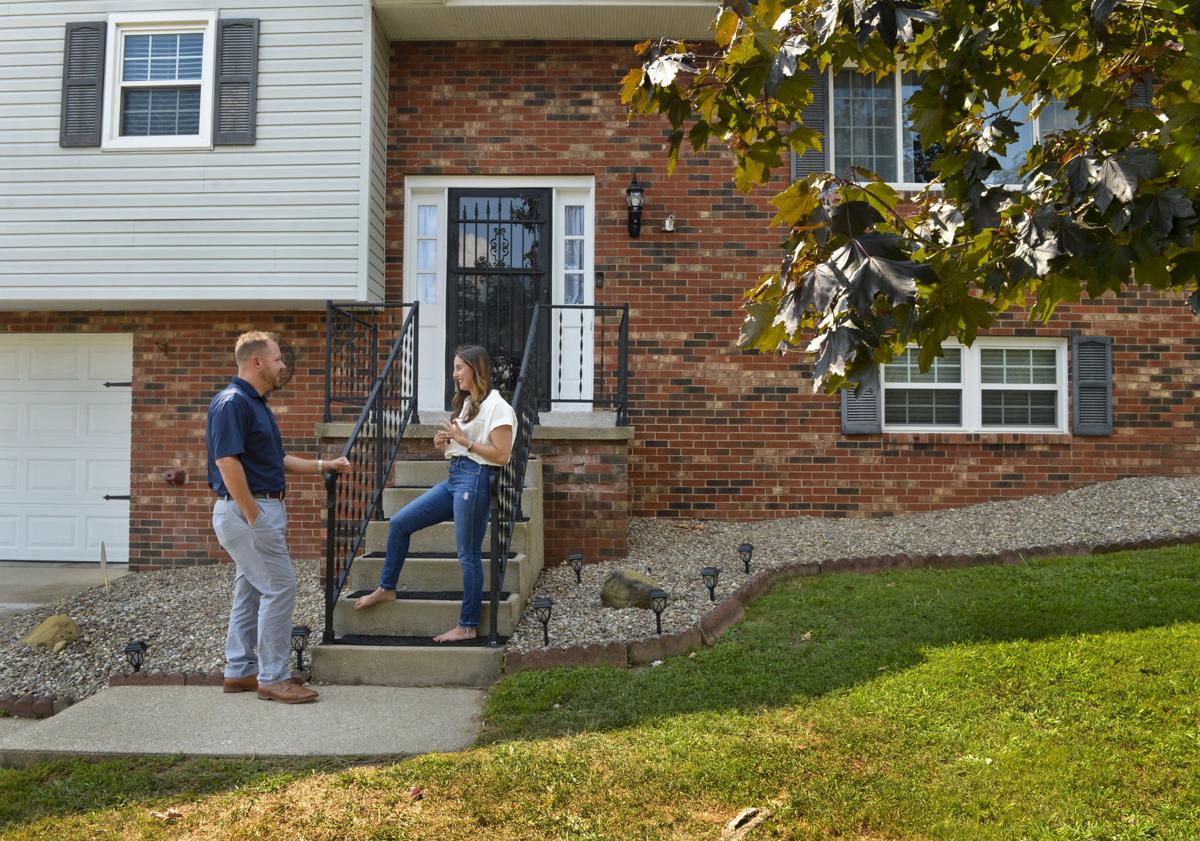 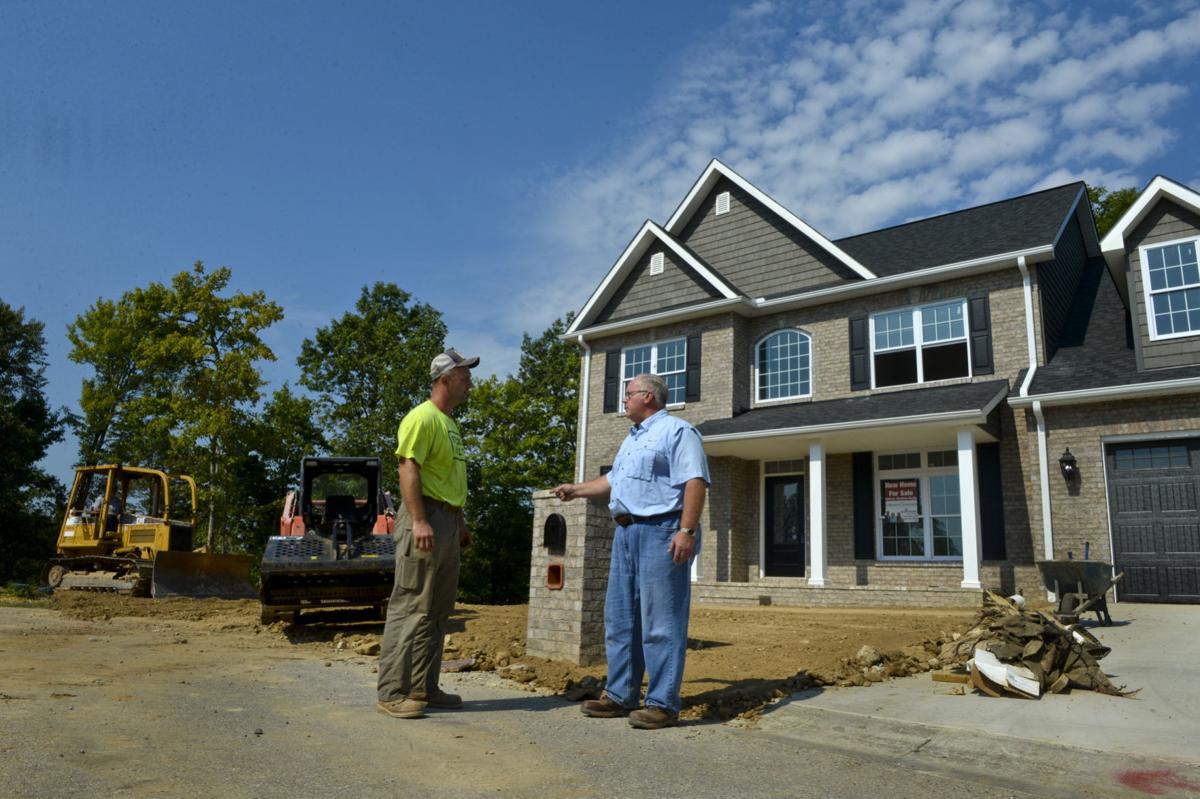 J.D. Stricklen (right) talks with Phil Shaffer about finishing the yard around a new home Stricklen just built in Jamestown subdivision in Charleston’s South Hills. Stricklen said younger buyers prefer homes that are newer or at least more modernized and need minimal, if any, refurbishing. 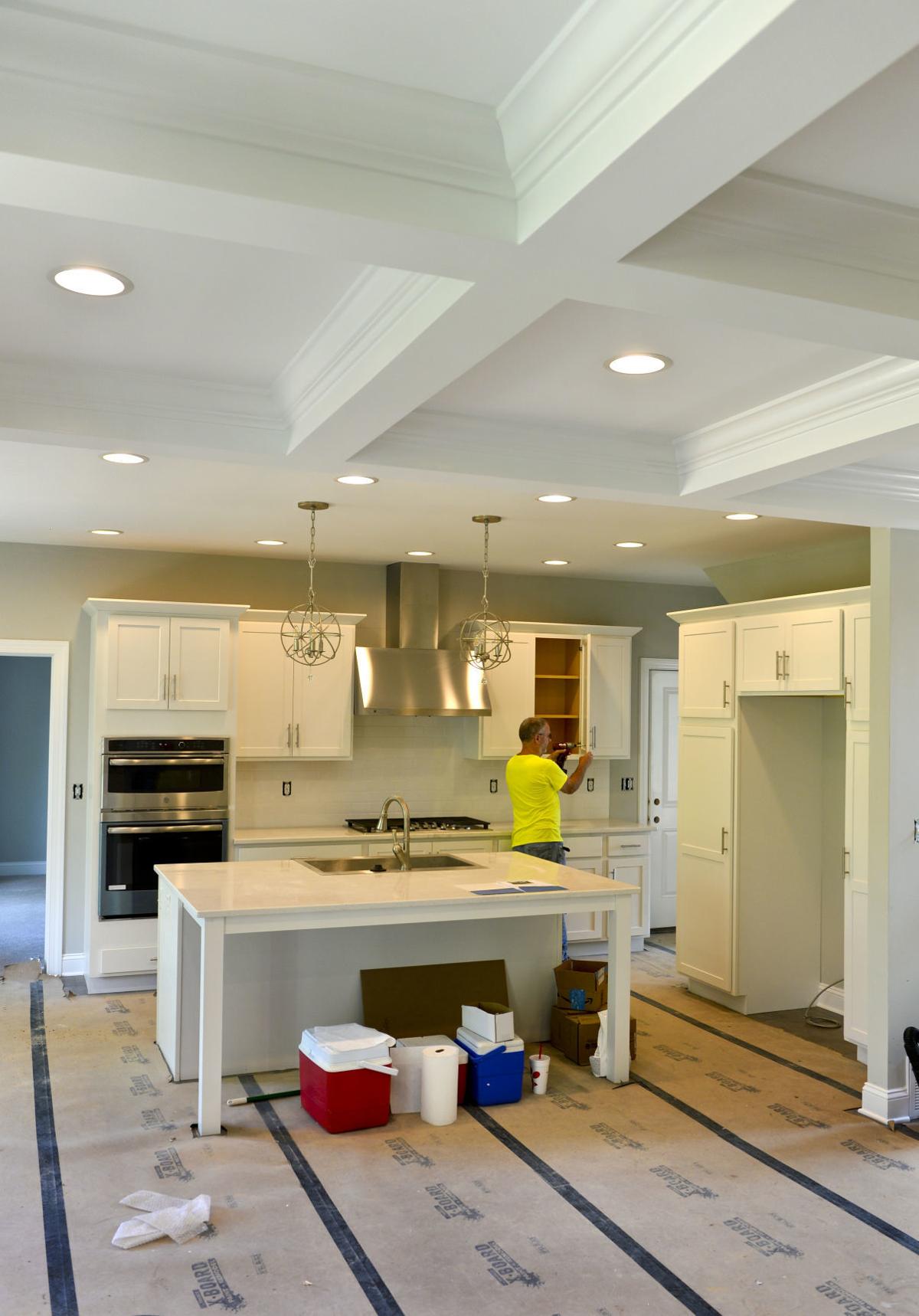 A worker finishes up work in the kitchen of the Jamestown home built by J.D. Stricklen. Stricklen said millennial buyers often seek out floor plans that allow for entertaining guests. “The more open the floor plan, the better,” he said. 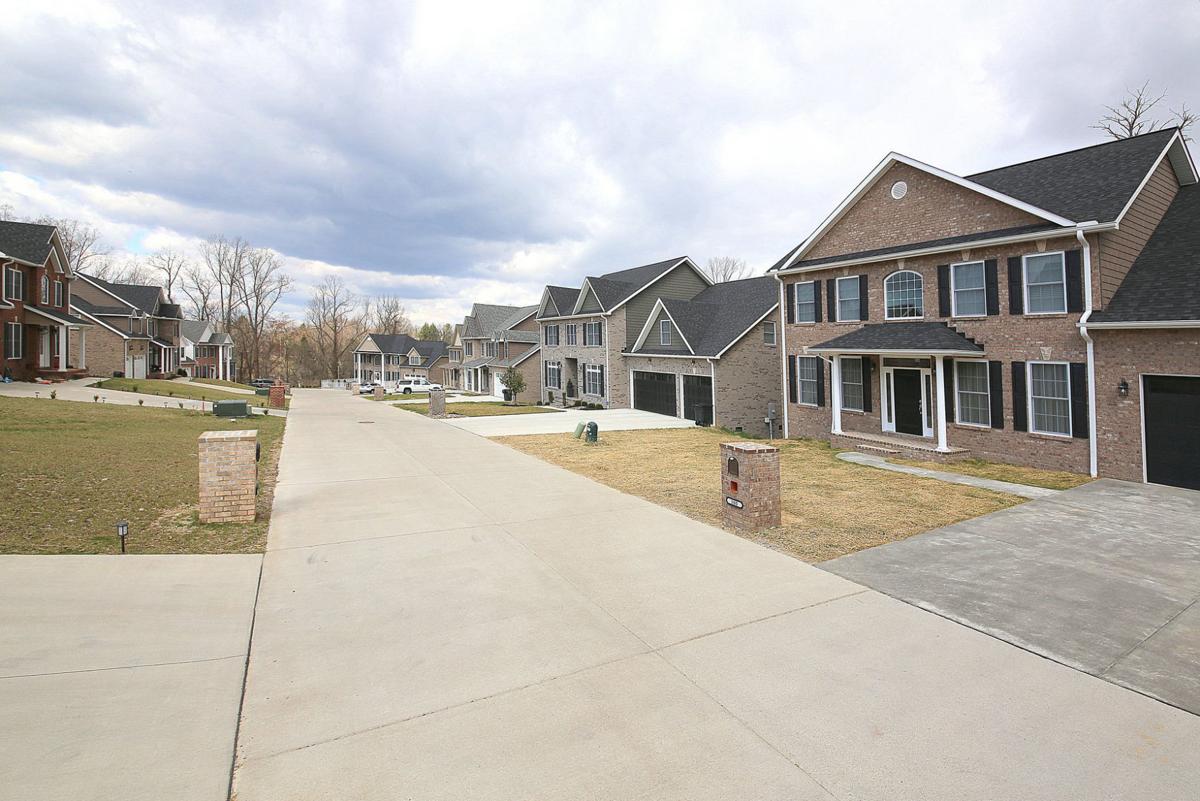 Fieldcrest is a new subdivision being built in the South Hills area of Charleston by developer J.D. Stricklen. “What I’m seeing with younger people, in their 20s, 30s and 40s, the big trend is that they are budget conscious,” Stricklen said. 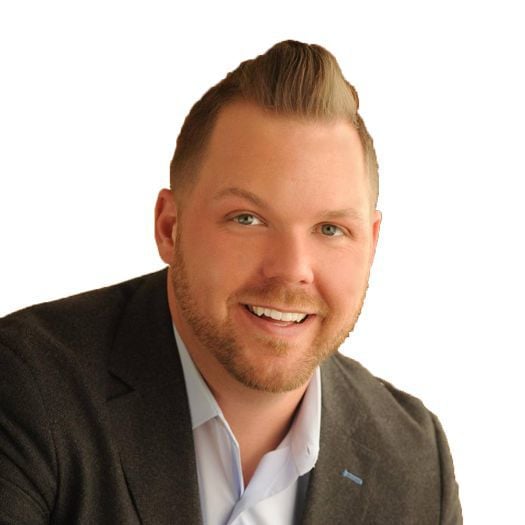 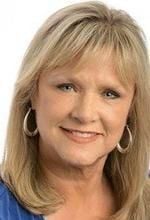 J.D. Stricklen (right) talks with Phil Shaffer about finishing the yard around a new home Stricklen just built in Jamestown subdivision in Charleston’s South Hills. Stricklen said younger buyers prefer homes that are newer or at least more modernized and need minimal, if any, refurbishing.

A worker finishes up work in the kitchen of the Jamestown home built by J.D. Stricklen. Stricklen said millennial buyers often seek out floor plans that allow for entertaining guests. “The more open the floor plan, the better,” he said.

Fieldcrest is a new subdivision being built in the South Hills area of Charleston by developer J.D. Stricklen. “What I’m seeing with younger people, in their 20s, 30s and 40s, the big trend is that they are budget conscious,” Stricklen said.

According to a November 2017 Fannie Mae research report, American millennials, mostly in their late 20s and early 30s, are on the forefront of homebuying nationally.

Between 2014 and 2016, the report states, the millennials ranked two to four times higher than other age groups in homeownership.

In a July Investopedia article on millennials and the housing market, Stuart Eisenberg, national director of real estate and construction practice for the BDO USA accounting firm, said, “There’s been an influx of millennial homebuyers this year, as older millennials have had some time to grow their careers and pay off student loan debt.”

“Like a lot of folks, we watched the millennials sit on the sidelines for quite a while as they reached the age where younger generations jumped into the homebuying market,” he said from his Kanawha City office. “Mortgage bankers and other folks have been asking, ‘Where are they? Where are they?’

“They’re very direct,” Ellis said. “They know exactly what they want and they won’t settle. The homes have to be in tip-top shape. They don’t mind paying for it as long as they don’t have to do it themselves.”

“I see them buying. They know what they want and what they’re really after, which takes a lot of guesswork out of making their decision. They’re very decisive. I like working with them — I find it invigorating,” she said.

Keeping the housing market viable — and attractive — for younger West Virginians is a matter of educating and informing them the various options and possibilities.

Josh McGrath, broker/owner with Real Estate Central in Charleston, said the local buying market has remained steady in recent years and financial assistance opportunities exist that many younger would-be buyers may not be aware of.

“Our market has been strong and balanced over the last couple of years,” McGrath said. “For example, with a home we showed this weekend, we had four offers and sold it. It was on the market for 24 hours.

“With younger professionals, these folks seem ready to buy their first home and move out of a rental situation,” he said. “It’s a combination of things, a kind of desire to be convenient to town. I live on the West Side of Charleston, and I think there’s a horrible stigma the West Side has gotten. We’ve sold three homes recently at the asking price or higher.

“The McMansions of the day are becoming things of the past. More and more of the homes I would consider modest but well appointed. Buyers are looking at what the house has to offer, location and amenities, as well as overall square footage.

“We keep ourselves educated as to what programs are available for people looking to buy,” McGrath said. “West Virginia has several great programs, such as USDA home loans. Cross Lanes, for instance, is considered qualified for them, as is all of Putnam County.

“There are loan programs with the City of Charleston, through the Mayor’s Office of Economic Development. Grant money is available for homeowners. If people have a certain income level, they may qualify for up to 20 percent of the home’s purchase price to use as down payment assistance; they only have to qualify for 80 percent when applying for a bank loan,” he said.

“As real estate professionals, our responsibility — and part of our job — is to educate people on what programs are available to them, be they half-million-dollar or million-dollar homes or $50,000 or $70,000 homes,” McGrath said. “Right now, in our market, our rent rates are pretty steep. What people are paying for a two- or three-bedroom [residence] to rent, they could very easily qualify for a mortgage and pay that or less, and they have the opportunity to build equity while they live in the home.”

What took millennials so long?

“They sort of stayed idle for a number of reasons,” Rogers said of the millennial buying segment, “but from what I’ve learned, seen and heard, they were ‘children of the recession’ a little bit. They stayed in school longer, took on more student loan debt and got other degrees. That kept them out of the market.”

Millennials are also waiting longer to marry than their predecessors, he said.

“They’re six years older than the baby boom generation when it comes to marrying for the first time. Marriage, of course, is a big trigger into getting into the homebuying market.

“The first millennials are now 40 years old,” Rogers said, “and 40 is definitely old enough to be buying a house. At 90 million people, they’re the largest generation in U.S. history and they’re ready to buy now.”

“We use Google Ads, our website is full of video content and we use TV regularly. We want them to see themselves in a home,” Rogers said.

“One is that you’ve got to have 20 percent down to buy a house. Every survey we see says millennials — and others — are guilty of believing that myth. The core of our programs involves closing cost and down payment assistance.

“We’re always pushing the fact you don’t have to have 20 percent down. We’ll help you overcome that and the need for the closing cost. ... We’ve got a number of programs, such as VA and USDA loans that are zero percent. FHA mortgages are approximately 31/2 percent down. Then you just need a few thousand dollars for closing costs and we can cover that.

“There are a lot of factors involved in that approval decision, but, at 640, we can start talking to someone. If their debt-to-income ratio is in line and they have a solid source of income, we can probably put them in a house.”

Rogers said West Virginia, with one of the most affordable housing markets in the nation, is conducive to purchasing a first home.

“The biggest challenge to that, frankly, is finding first-time or starter houses,” he said. “One of the trends, though, is that millennials are willing to live in cities now. They want convenience and are willing to give up things like size. Hopefully, Charleston can find a way to make that happen. I live in Charleston, and it would be great to see a city housing effort to get more millennials into the city.

“Millennials learned, through the recession, that the value of a house can go down. Baby boomers didn’t know that until it happened. There was always this understanding that housing value would always go up. That was a myth and we found that out in 2007 and 2008.

“Millennials know that a house, now, is not always an investment, but they want just the practicality of having a place to live. They’re aware there could be another crash at some point, and I think they’re buying houses with that in mind,” Rogers said.

“What I’m seeing with younger people, in their 20s, 30s and 40s, the big trend is that they are budget-conscious,” Stricklen said. “I think one of the reasons is that they not only want to have a nice home but have disposable income for other things in life — travel, their children’s education and just their lifestyle. When they look for a new home, they like it to be maintenance-free and very up-to-date.”

And going online is, increasingly, their go-to approach to selecting and, ultimately, owning a home, he said.

“Now that we live in the digital age, they want their home to look like what they see on various social media sites, be it Pinterest or HGTV.”

Stricklen said millennial buyers often seek out floor plans that allow for entertaining guests. “The more open the floor plan, the better. And just enough yard to be easy to maintain but has a little bit of space.”

He said today’s millennials are “a little bit more conservative in what they want to spend than what it was 20 years ago, in relation to their total budget.”

For those first-time buyers in the Kanawha Valley, he said, “The bad news is, there’s not a lot of new construction available, with inflationary factors in materials and labor. And all of the nice amenities cost more money.

“The good news for the homebuyer is it’s much easier to look now. We’re in a digital world with websites with home interior pictures. It saves time, rather than getting into the car and going from house to house. They will make the personal inspection when they find the homes they find interesting.”

Younger buyers prefer homes that are newer or at least more modernized and need minimal, if any, refurbishing, Stricklen said. “I’ve found, whether I’m building new houses or doing renovations, the ones that look the best are much more sellable. Ninety percent of the people in the market don’t want ‘fixer-uppers.’

“As a real estate broker for 36 years, I can say that Realtors will still help with the mechanics of the transaction, but a lot of the buyers are as up to date on availability as the Realtors are. ... People who aren’t even looking [for a home] are browsing the internet just to look at home sites. I think the internet and social media world is a good thing for buyers and sellers,” Stricklen said.

A 2017 National Association of Realtors report echoed their observation, stating that 99 percent of millennials use the internet predominantly to research homes and homebuying options.