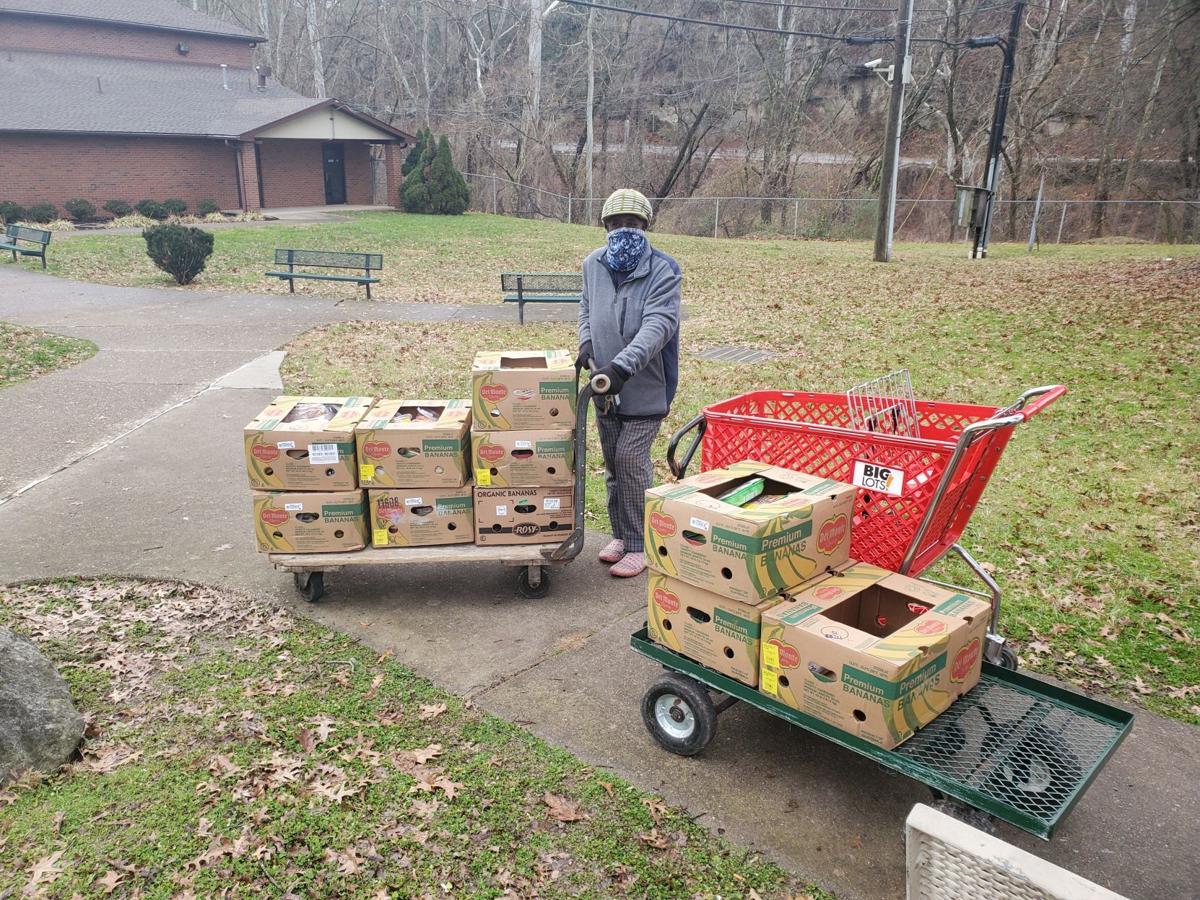 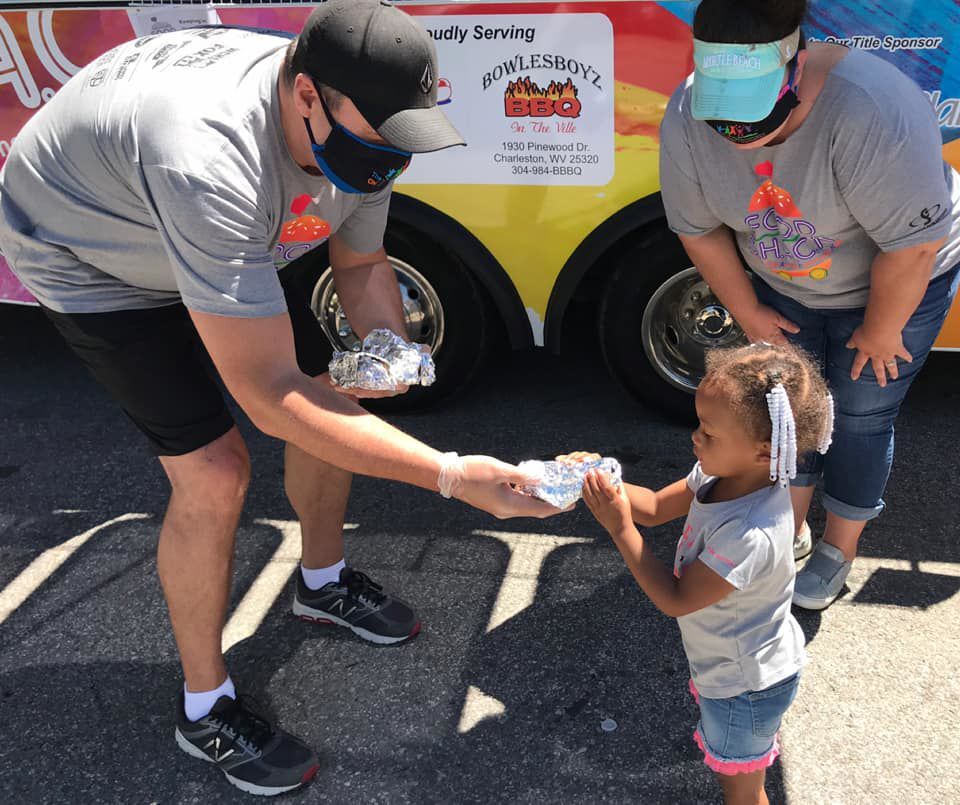 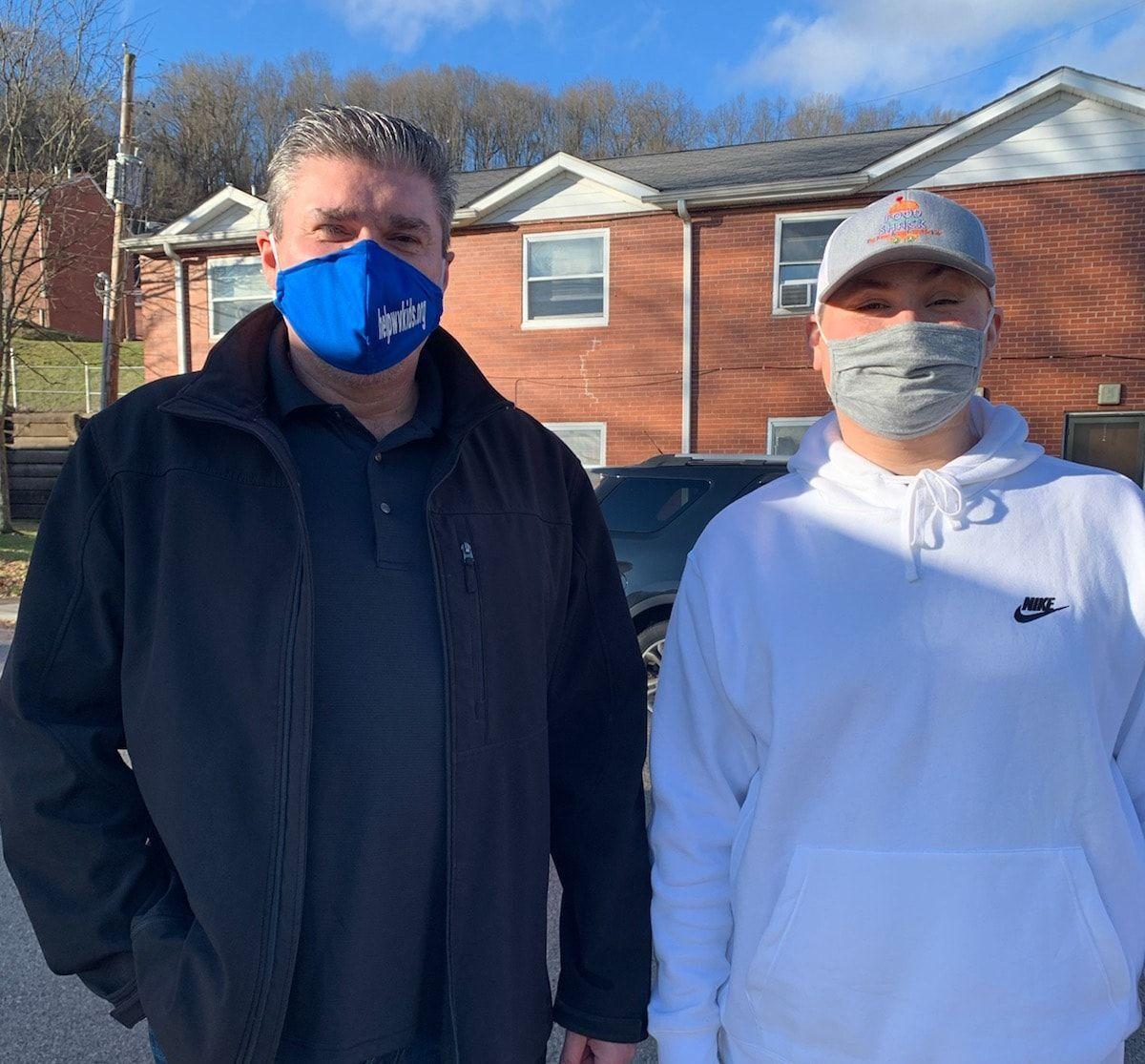 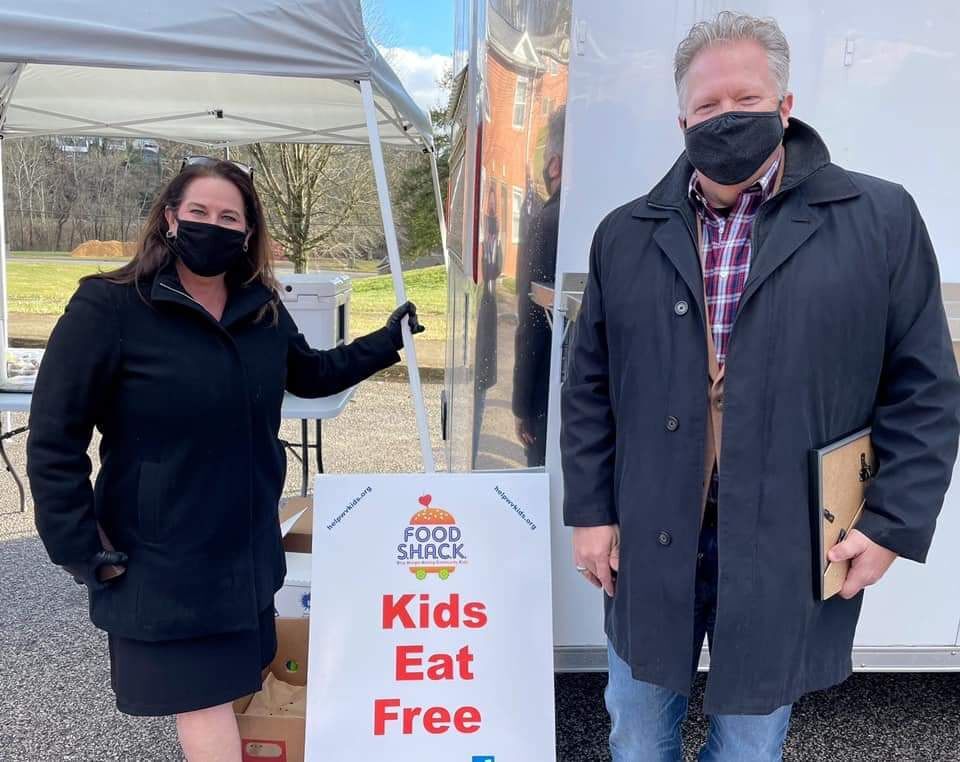 On Friday, Jan. 15, a food truck service delivered and served its 10,000th free meal to a child at the Switzer Center at Orchard Manor in Charleston.

Known as the Food SHACK (an acronym for “Stop Hunger Among Community Kids”), the truck and some temporary surrogate vehicles have become a valued mobile presence and provider throughout Kanawha County before and during the COVID-19 pandemic.

The Food SHACK is one component of the Underprivileged Children Foundation, which its president, Tommy Vance, founded five years ago.

“On Dec. 28, 2016, we created the nonprofit Underprivileged Children Foundation,” Vance said. “Each year since, we’ve helped abused and neglected children with Christmas gifts and other holiday items, clothing, hygiene items, baby beds and cribs — things most people take for granted.”

The South Charleston resident also operates Vance Family Services, which serves more than 400 mostly low-income families in a 10-county area. “Seeing them go without and struggle — that was how the UCF was formed. We saw the need,” he said.

Vance said that until recent years, he rarely shared the story of what inspired him to start the Food SHACK program.

“Up until the age of 10, before I was adopted, we were very poor and food insecure,” the 48-year-old recounted of his Logan County upbringing. “I grew up lots of times knowing legitimate hunger pain, being in tears from being hungry. I loved Sunday school picnics in my childhood; we got Kentucky Fried Chicken.

“After I was adopted, things got a lot better. I no longer had to go an average day with only beans and cornbread, in a family that sometimes had to choose between having food or paying the electric bill.

“In 2019, after delivering food to a homeless shelter in downtown Charleston, I noticed there were people going hungry. I made a promise to myself that day and posted it on Facebook. I felt as long as I was in a position to do it, I was going to help feed people.

“I love this kind of stuff. I know this is why God put me on Earth. I used to not tell my story — I was embarrassed — but I found if you have a cause, you need to tell people your story.”

Vance told UCF board members he wanted the group to buy a food truck to reduce food insecurity by giving free meals to Kanawha County children.

Calling it “super lucky” happenstance, Vance said he located a conveyance via a Facebook group catering to food truck vendors. “I flew down to North Carolina, bought it and drove it back.”

A former church bus, the vehicle was a 28-foot-long, fully equipped 1995 Ford Club Wagon. It was revamped and decorated to become the Food SHACK last spring.

The first free meals were distributed on June 1, 2020. They were immediately well received. The 2,000th meal was delivered in July.

“Pre-COVID-19, our plan was in place,” Vance said. “Hunger is worse because of COVID, but one in five children were already going hungry in West Virginia.” (According to Feeding America, more than 268,070 West Virginians deal with food insecurity, nearly 77,000 of them children.)

Then, in August, the truck was totaled in a collision.

“We hit the ground running with Food SHACK on the Go after that,” Vance said. “We prepared the meals in our commissary. We deliver them in our personal vehicles and haven’t missed a beat. On the weekends, we average [serving] 250 meals.”

A partnership formed with Mountaineer Food Bank in December provides up to 1,000 meals weekly, he said.

Each meal consists of a chicken sandwich, a bag of potato chips and a bottle of water.

“We love the Food SHACK,” said Virginia Nesmith, president of the Orchard Manor Community Organization on the West Side. “It helps a lot. The Food SHACK comes here twice a week, and there are all kinds of smiles on the children’s faces when it’s coming.”

Nesmith said that along with youths in Orchard Manor and surrounding areas being assisted, the UCF has donated to Orchard Manor’s food pantry. “They’ve been donating produce to the food pantry, so they not only help children with snacks, they also help grown-ups and other people with our food giveaways on Monday, Wednesday and Friday.”

“The Food SHACK isn’t just about food, although that’s instrumental during this time to ensure that our families have a place to go to get a hot meal but also to have food to put in their refrigerator or freezer for the week,” Charleston Mayor Amy Shuler Goodwin said.

“A couple of weeks ago, I was at Orchard Manor and a woman with two little children was there to get them some snacks and some produce and meats for the week,” Goodwin said. “She told me how challenging it’s been through COVID-19 for herself and her children; she was having trouble paying her rent and her little boy was having some emotional distress issues. We connected her with the United Way, 2-1-1 and some other social service agencies.

“The best thing about the Food SHACK is that it’s bringing people together in this time we’ve been separated,” the mayor said. “It’s also about connecting families to other resources and opportunities. When you break bread together, you begin to relax and open up. Most of the time, eating together is a celebration, but it can also be a comfort — not only the comfort of having an extra meal to feed your children, but also a safe, relaxing space to maybe open up and talk about other things.

“When people say boots-on-the-ground work, that’s what they’re doing. What’s so great about the Food SHACK, when you hear the sound of the truck coming and see the awning going up, you know it’s a safe space. It’s wonderful,” Goodwin said.

The arch admonition that “there’s no such thing as a free lunch” is an unfortunate reality in providing Food SHACK meals. Numerous local businesses have donated funding, supplies and labor toward the effort.

Among the numerous business and civic supporters and partners of the Food SHACK truck and its county-spanning travels are:

In December 2019, for example, the UCF received a $1,000 donation from Ball Toyota in Charleston, a portion of $35,000 bestowed to several local nonprofit organizations. Ball Toyota owners Shawn and David Ball selected the UCF as one of 10 $1,000 recipients, following a Facebook contest seeking charity nominees.

“A lot of businesses have sponsored our mission,” Vance said, noting the largest title sponsor, The Health Plan. “Most of the money has been brought in through Facebook fundraisers and selling sponsorships for ad space on the Food SHACK.”

“This is a year-round effort,” Vance said. “If things get back to normal and kids are in school every day, we hope to go around in the evenings and serve free meals.

“By March 1, we hope to get back on the road with our concession trailer, once we get it [vinyl] wrapped again and get the logos and all that on there.”

“For 46 cents, I can give a child two hot dogs, a bag of chips and a bottle of water. Every dollar donated can feed two children.

“To help keep us sustainable, when we’re not giving food away, we’re going to try to find retail locations where we can sell food,” he said. “For every combo meal we sell, we can provide four or five free meals to a child.

“Hopefully, there’ll be more of our food trucks out there someday,” Vance added.

With its other endeavors, the UCF has provided $140,000 in Christmas gifts and distributed 800 Easter baskets since its inception. “I have a very optimistic outlook for this Easter. We’re partnering with all Walgreens locations in the area for Easter drop-off items. West Virginia State University football coach John Pennington has given me a verbal agreement to get the football team together to assemble the Easter baskets.”

Also, a separate division of the UCF, Aspire Family Wellness, will move forward this year to address family mental health and substance abuse issues, he said.

“We have one division to help feed children, and another for mental health therapy and substance abuse,” he explained.

“We see a lot of the same kids and have learned a lot of their names. It’s really a fun and rewarding experience to do this, and I feel like if you are in a position where you can give back, you not only should — it’s an obligation,” Vance said.

One-time or monthly donations can be made to the UCF via its website (URL below).

The Underprivileged Children Foundation is headquartered at 716 Lee St., E., in Charleston. The UCF website is helpwvkids.org. The UCF can also be reached at 304-807-6227 or helpwvkids@gmail.com.

More information about Aspire Family Wellness is available at www. aspirefamilywellness.com or by calling 304-745-7255.