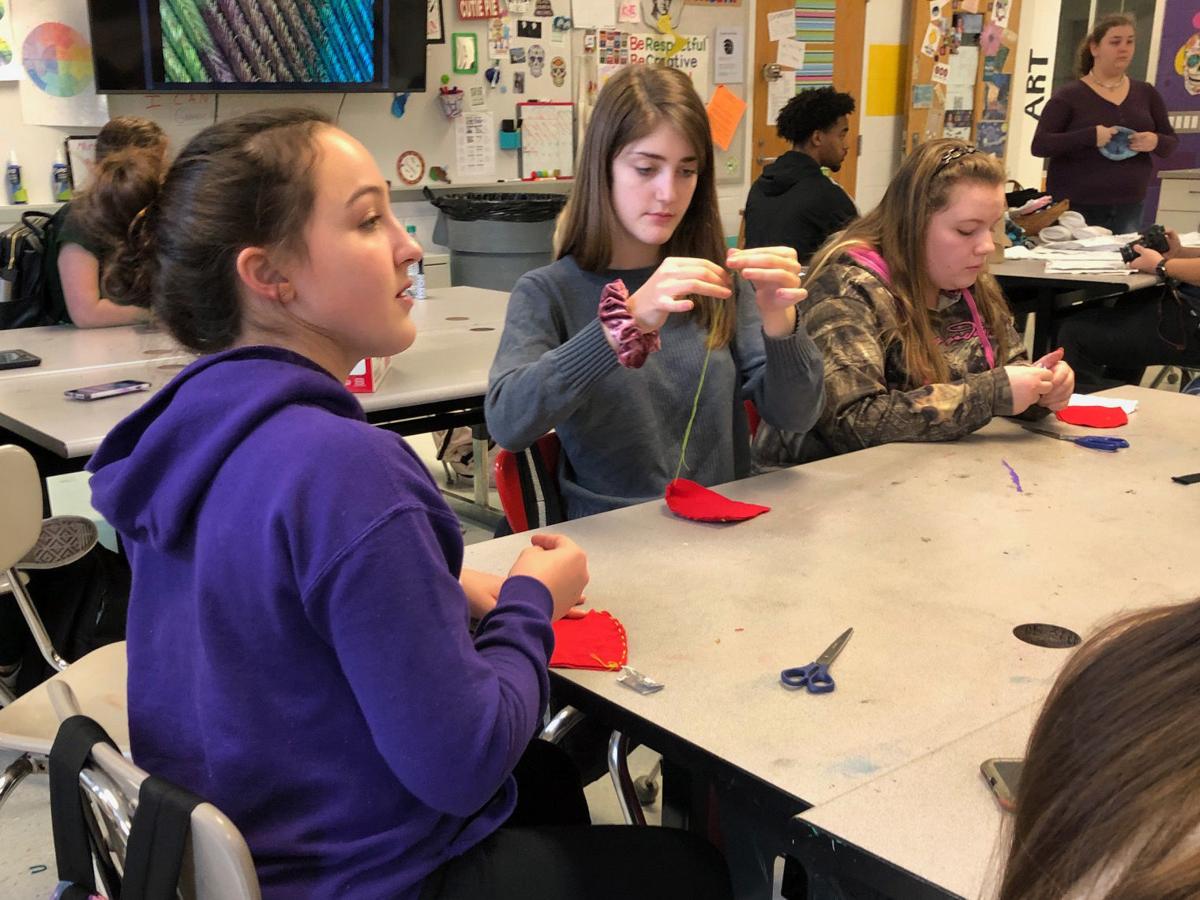 Sophomores and longtime friends Kenzie Irvin (left) and Erica Davis (second from left) sew mittens for koalas that have had their paws burned in the recent Australian wildfires. 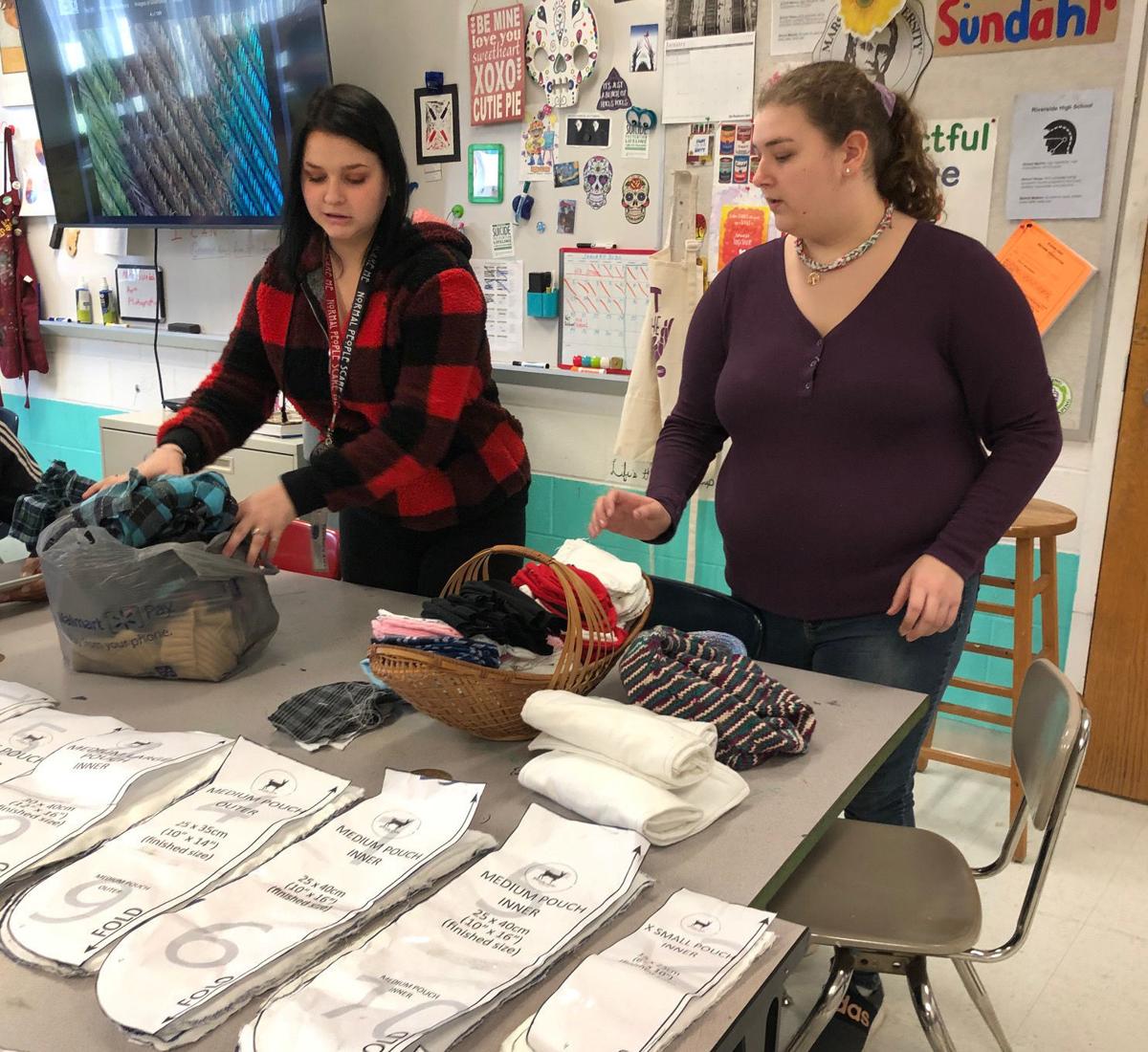 Sophomore Paige Walker (left) and junior Jenna Gallion work on shipping the bat sacks, pouches and mittens to a wildlife center in Victoria, Australia, this week. 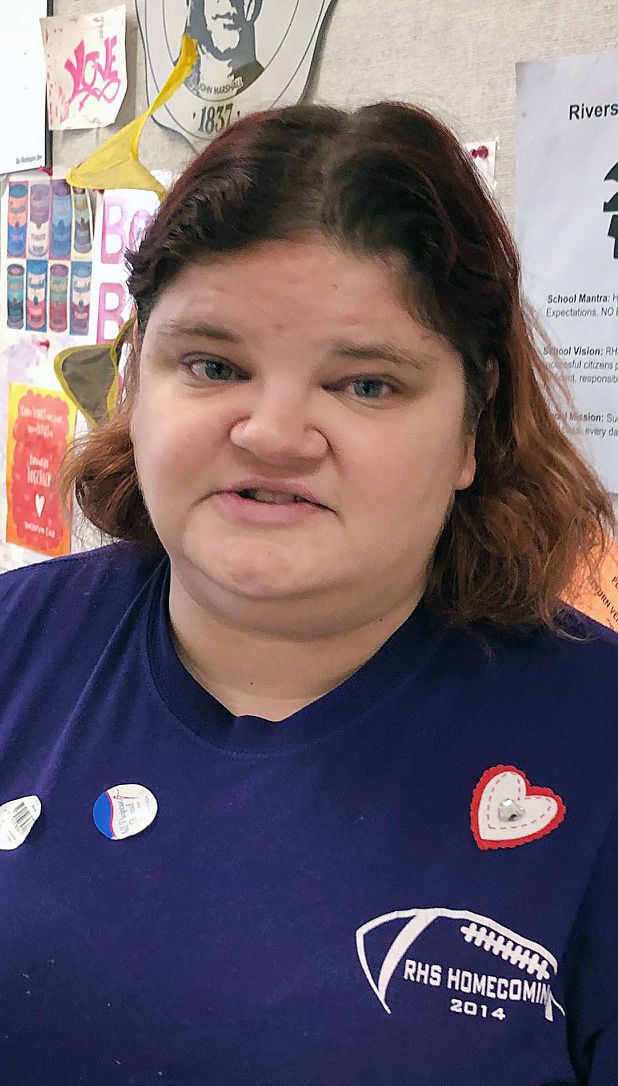 Sophomores and longtime friends Kenzie Irvin (left) and Erica Davis (second from left) sew mittens for koalas that have had their paws burned in the recent Australian wildfires.

Sophomore Paige Walker (left) and junior Jenna Gallion work on shipping the bat sacks, pouches and mittens to a wildlife center in Victoria, Australia, this week.

Riverside High School students have been devoting their time, hands and hearts this month toward international relief for members of other species on another continent in another hemisphere of the world.

Starting Jan. 6, dozens of students at the Belle school have produced mittens, pouches, bat sacks and other items bound for Australia, to provide tangible comfort to wildlife that have been injured, orphaned or displaced in the brush fires that have enveloped the continent. An estimated half-billion or more animals have died as a result of the fires.

The mittens are used to cover and aid the healing of burned paws of koalas, while the pouches are intended for orphaned kangaroo joeys and the bat sacks serve as miniature “sleeping bags” for bats forced to leave their natural habitats.

In assembly-line fashion, students have cut, pieced and sewn the cloth items, using towels, fabric and other materials left over from other school projects or donated by community members.

“Here are in our Art Department at Riverside High, we’re blessed to have three teachers: Mr. Fertig, Ms. Sisson and myself. Ms. Sisson has been out for a while due to illness, so Mr. Fertig and I have been kind of holding down the fort,” Sundahl said. “Over the Christmas break, he and I communicated via messages and things like that. We were trying to come up with some ideas to get the kids further involved in projects not just on a school level but possibly a community level.

“Mr. Fertig had seen some videos on Facebook about the wildfires in Australia and how different groups and crafters’ guilds were making and getting supplies and shipping them overseas,” Sundahl continued. “We thought it was a great idea to get the kids involved so they could have impact on an international level.”

Fertig proposed fashioning the koala mittens, she said. “It presented an opportunity to help with the outreach, but it was simple enough to do it.”

The optional activity has had its educational merits, too, Sundahl added.

“Most schools now don’t offer home economics,” she said, “and a lot of students today don’t know the basic skills like how to sew a button or hem a rip. With this project, they’re involved in creating something and learning a vital skill from it.

“We had an amazing response in the number of students who wanted to help,” she said.

Kenzie sat next to her longtime friend and fellow sophomore, Erica Davis, as they worked last week on mittens for koalas.

“I was very excited, because I haven’t sewn anything since Erica and I were kids,” Davis said.

“This is a very important project,” classmate Shayla Kiser said. “I like helping out any way I can.”

“Whenever people get in trouble, they always have something they can fall back on. The government will help. The animals, they have no help. They don’t have a voice,” Riverside junior Jenna Gallion said.

Sundahl said the project has helped boost students’ esteem and worldviews as they have stitched their way along in the project.

“The kids see that it is useful on a global scale, and they feel pride knowing something they’ve done here in Belle, West Virginia, is going to be used on a different continent. Some of my kids have never even left this area or been to another state. It’s been remarkable, and I’m so thankful for having had the opportunity to do this.”

So far, the students have created more than 60 koala mittens, a pair of joey pouches and a number of the bat sacks.

“Whenever a kid has downtime or something like that, we give them time to do it,” Sundahl explained. “In our art classes, we do have that kind of freedom and flexibility to work on some extracurricular activities like this. They’ve been told if they don’t want to work on the project or they have something else to work on for a class, that’s OK. There’s no pressure to work on it.”

Sundahl plans to ship the mittens and pouches to a wildlife center in Victoria, Australia, this week.

According to an Associated Press report, more than 25 people have died, more than 2,000 homes have been destroyed and a surface area larger than the state of Indiana has been scorched and otherwise devastated in the fires that spread, mostly in rural areas, through Australia since September.