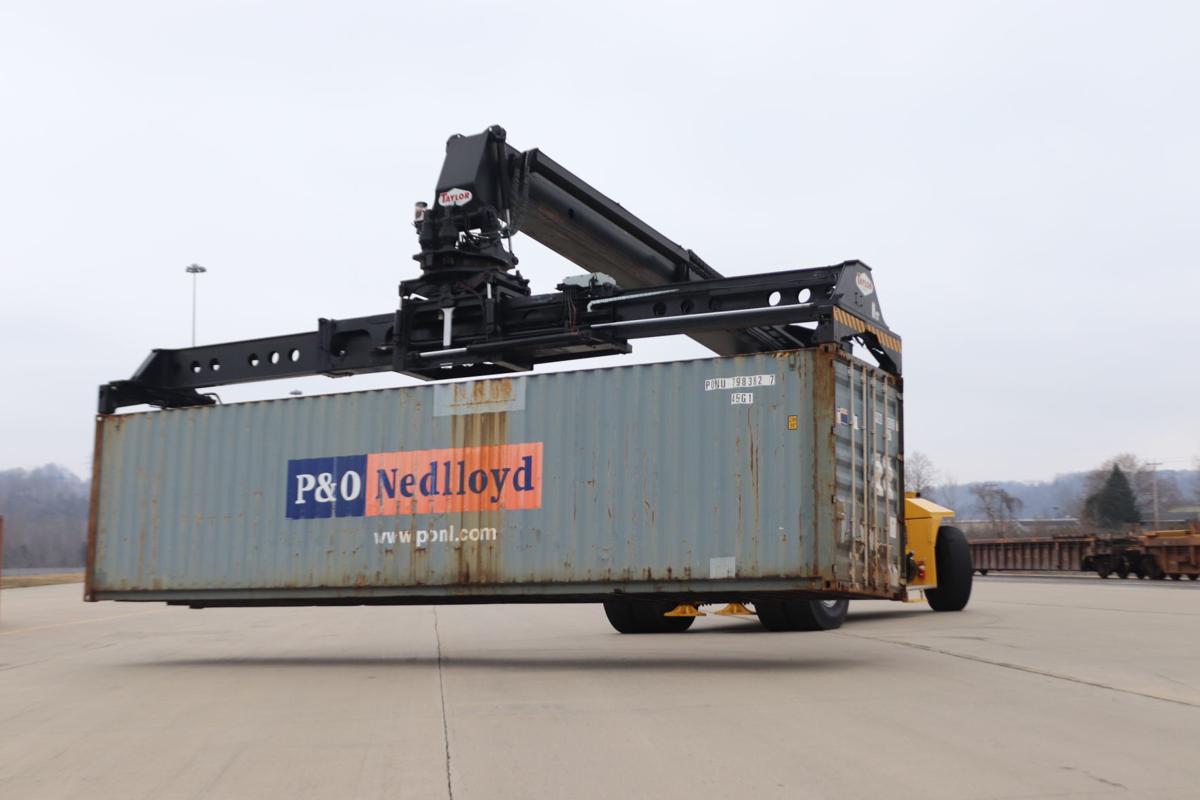 Giant stacking machines at the Heartland Intermodal Gateway in Prichard are used to shift 10- and 40-foot shipping containers from Norfolk Southern rail cars to flatbed trucks. 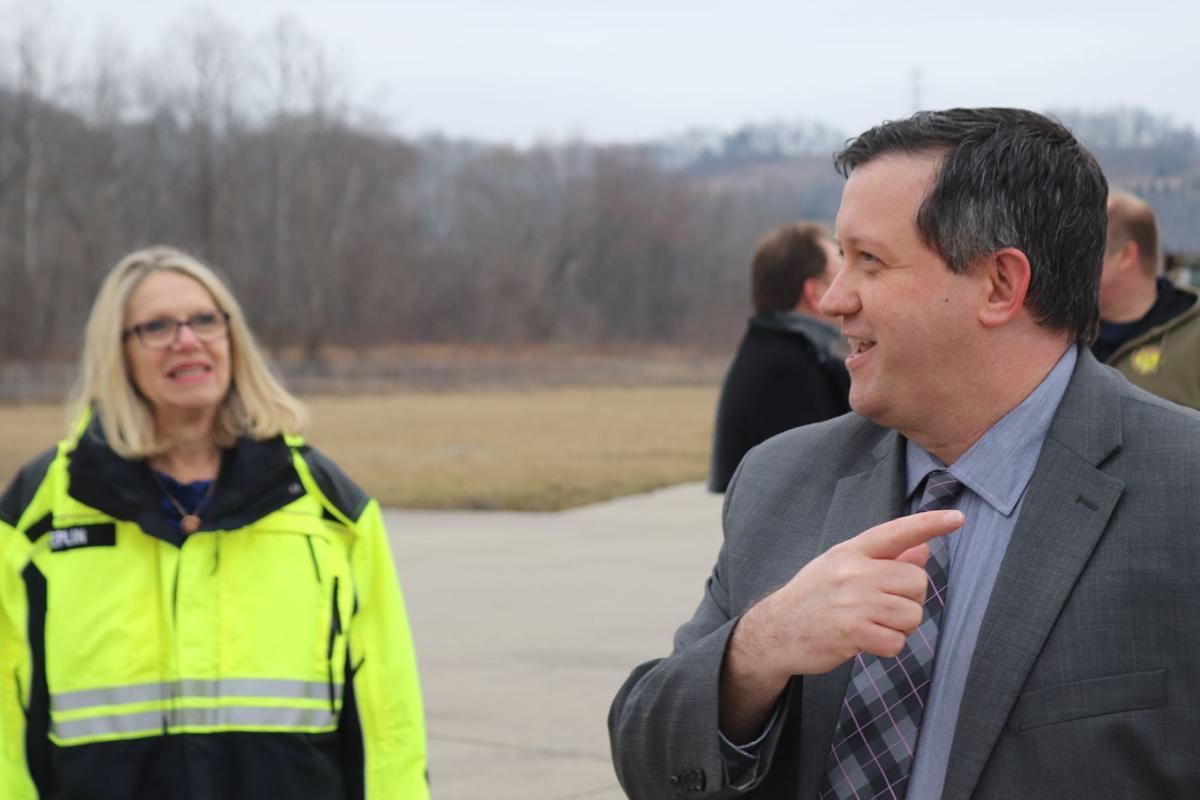 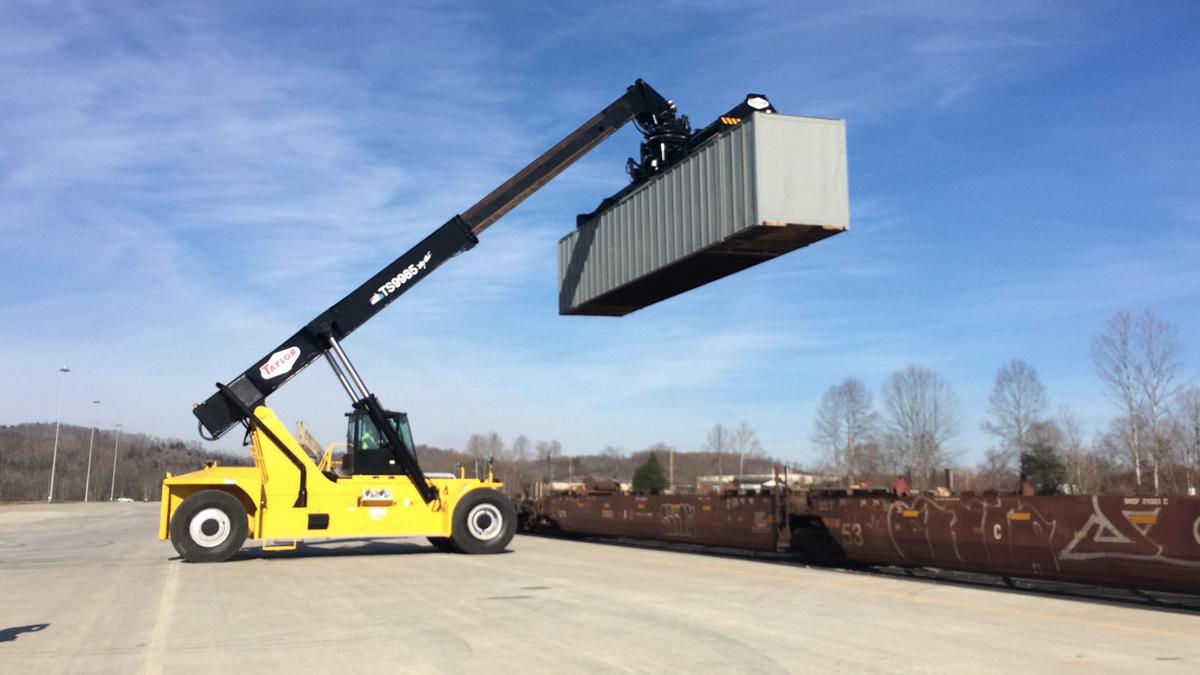 A freight container is loaded onto a railroad car at the Heartland Intermodal Gateway in Prichard. 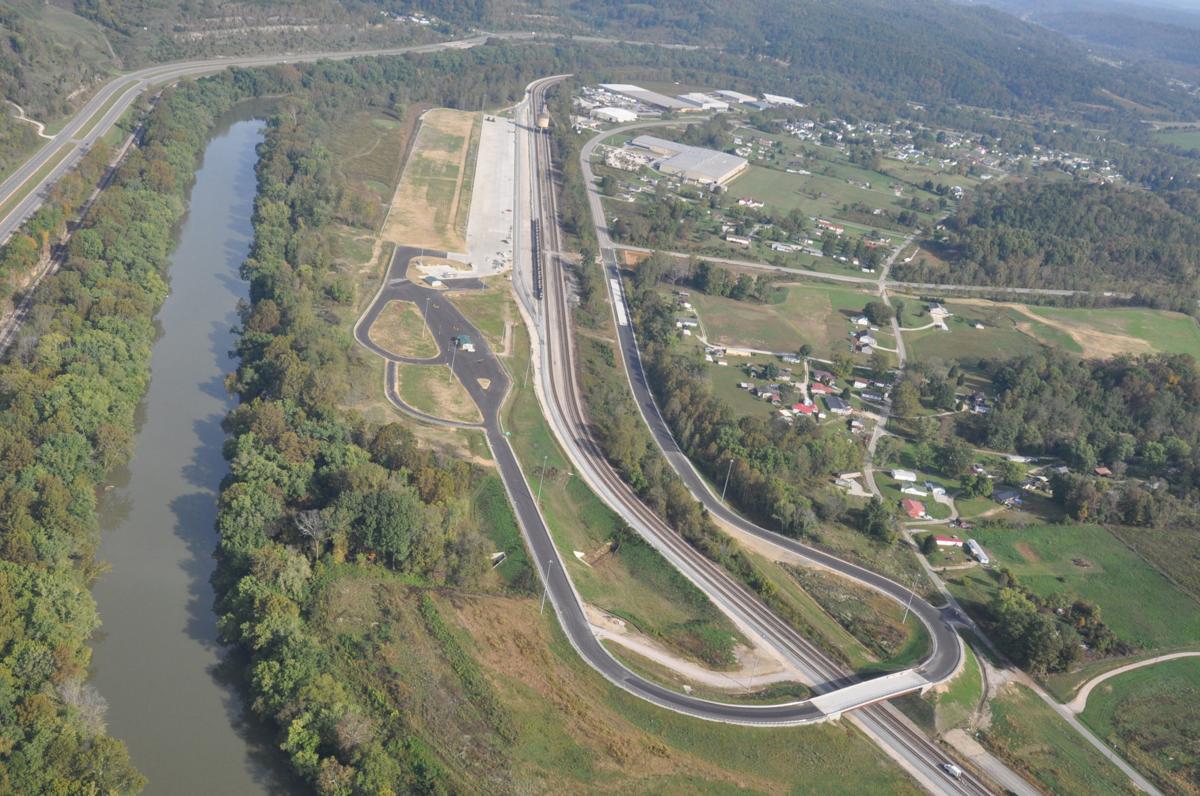 An aerial view of the Heartland Intermodal Gateway facility in Prichard.

Giant stacking machines at the Heartland Intermodal Gateway in Prichard are used to shift 10- and 40-foot shipping containers from Norfolk Southern rail cars to flatbed trucks.

A freight container is loaded onto a railroad car at the Heartland Intermodal Gateway in Prichard.

An aerial view of the Heartland Intermodal Gateway facility in Prichard.

PRICHARD — “When we’re out marketing our region, we emphasize what we have that other regions don’t,” said Terrell Ellis, executive director of Advantage Valley. “The Heartland Intermodal Gateway is a perfect example.”

The $32 million Heartland Intermodal Gateway is a 100-acre road-to-rail cargo transfer station at Prichard in Wayne County. The only one of its kind in West Virginia, the state-of-the-art facility employs giant stacking machines to shift 20- and 40-foot cargo containers between rail cars and flatbed trucks.

“It’s a great asset for us,” said David Lieving, president and CEO of the Huntington Area Development Council. “I think a lot of people thought it would immediately start gaining traction and business. That’s not been the case. But I would point out that other intermodal facilities have gone through the same kind of slow startup and growing pains.”

The intermodal facility is located along the Norfolk Southern Railway’s Heartland Corridor, a route from the port of Norfolk, Virginia, to Chicago that’s been improved to allow trains to carry freight containers stacked two high. Numerous tunnels had to be heightened and bridges strengthened to accommodate the trains carrying the double-stacked containers, which are taller and heavier than other freight.

“The new intermodal facility is located one mile from the exact center point of the Heartland Corridor. It’s 12 hours by rail from Norfolk to Prichard and 12 hours from Prichard to Chicago,” Lieving said. “This strategic location means that it offers substantial cost savings to both international and local customers.”

“In conjunction with the West Virginia Port Authority, which owns the facility, we’ve done research to identify, within a 50-mile radius of Huntington, the major importers of goods,” he said. “We’ve discovered that in some instances a container goes right by Prichard and on to Columbus, where it’s put on a truck and hauled back down here. So, obviously, we’ve been reaching out to those companies to show them the savings they could see if they used the facility here. ”

The new facility opened in 2015, with Toyota as its first customer. Other companies have been slowly coming aboard.

“It’s unlocking unique logistical advantages for our region,” Lieving said. “In a time when online retail is thriving, the on-time delivery of goods and products is essential, and we believe the facility in Prichard can be a key driver of new investment in our region.”

According to Neal Vance, executive director of the West Virginia Public Port Authority, the Heartland Intermodal Gateway is expected to ultimately generate as many as 1,500 jobs, mostly in warehousing and distribution. It’s anticipated those jobs will be added slowly at first, then increase in number as traffic at the facility builds.

Vance recently provided U.S. Rep. Carol Miller, R-W.Va., a firsthand look at the facility. “This is a very important site to West Virginia,” Miller said. It’s important that I get to see what’s going on here and what I can do to make it better.”

“This is a golden opportunity for Southern West Virginia,” Vance said. “This facility could be the economic catalyst that we use to transition us to a more diversified economy.”

2 charged in police assault on Jan. 6 to remain behind bars