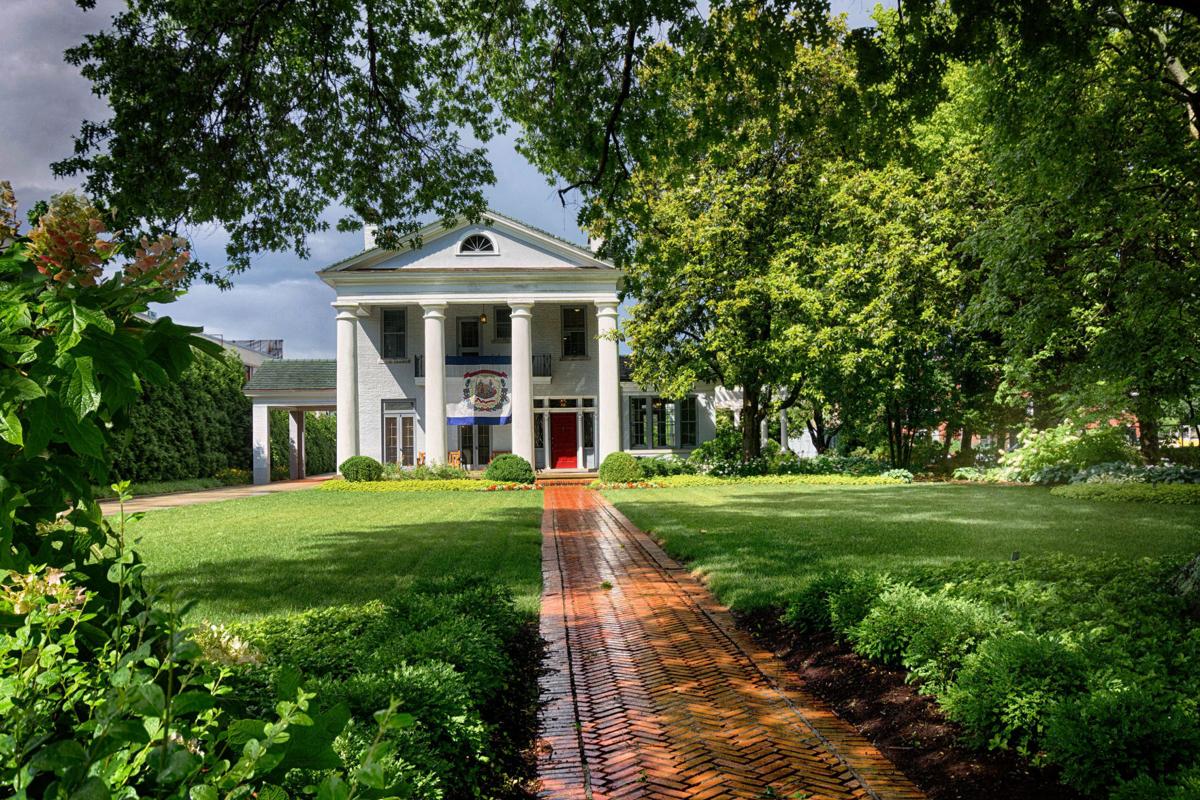 The MacFarland-Hubbard House, a historic landmark in the Kanawha Valley, provides a working office for the West Virginia Humanities Council and an attractive space for programming and public events. 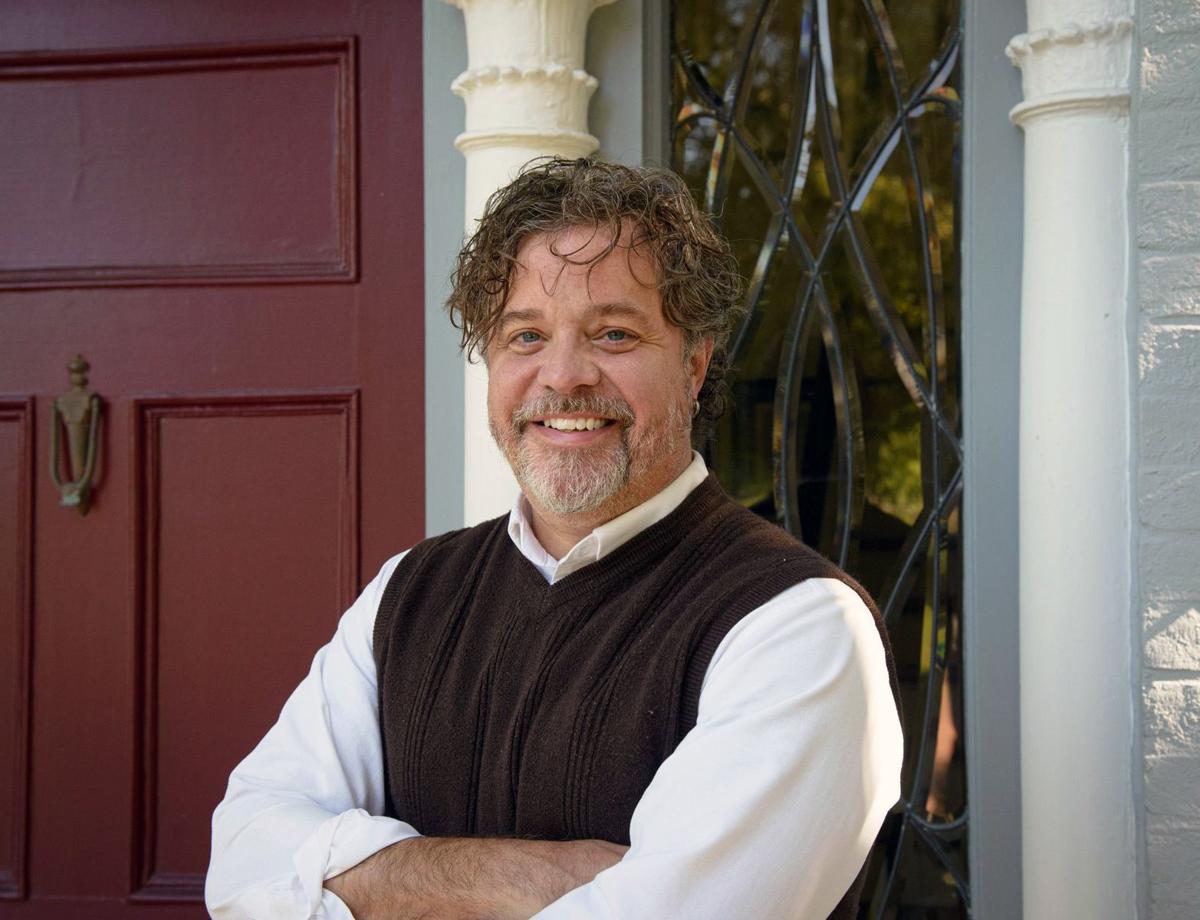 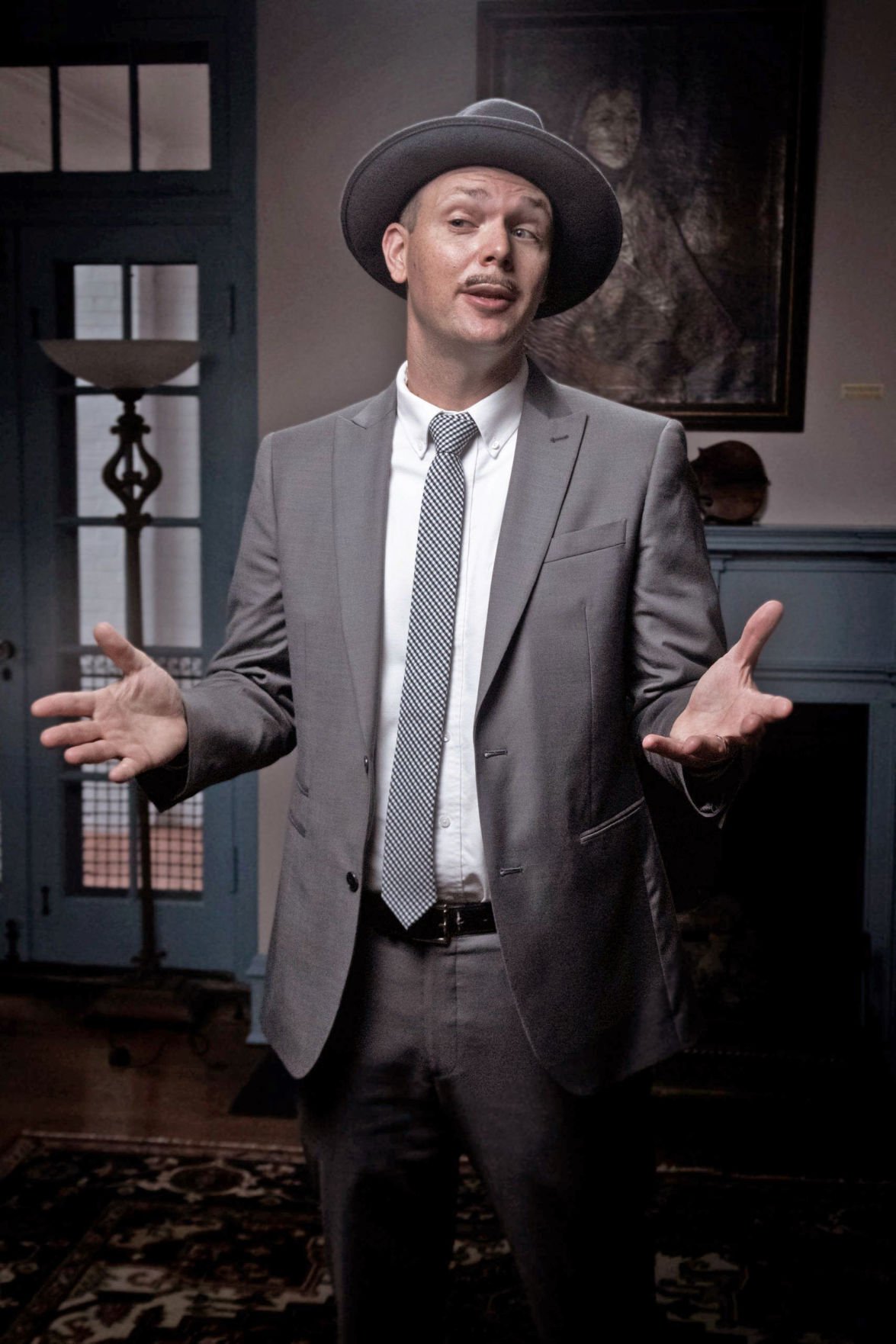 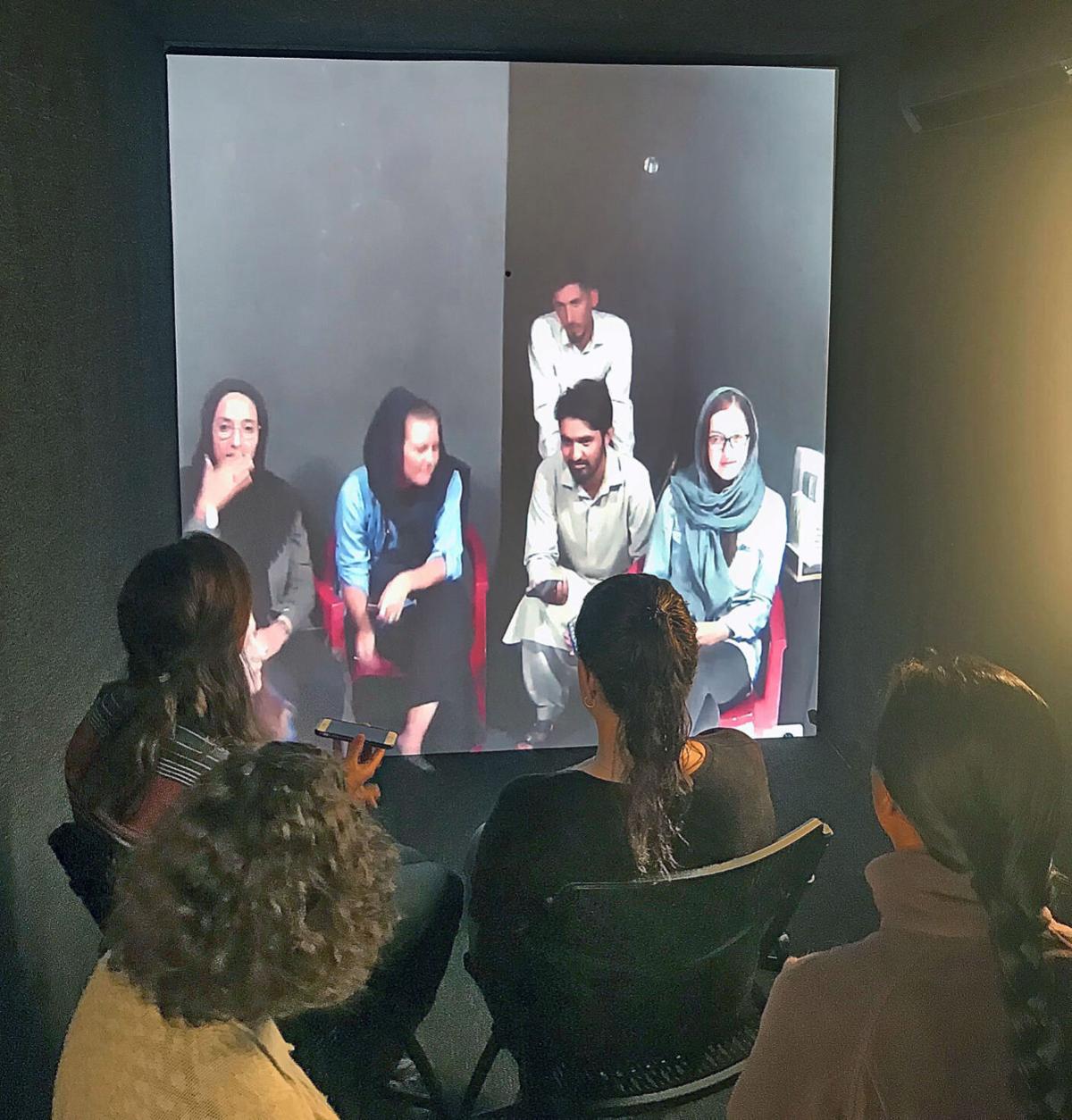 West Virginia students meet with international visitors in the Hardy County Portal, a project funded in part by the West Virginia Humanities Council. 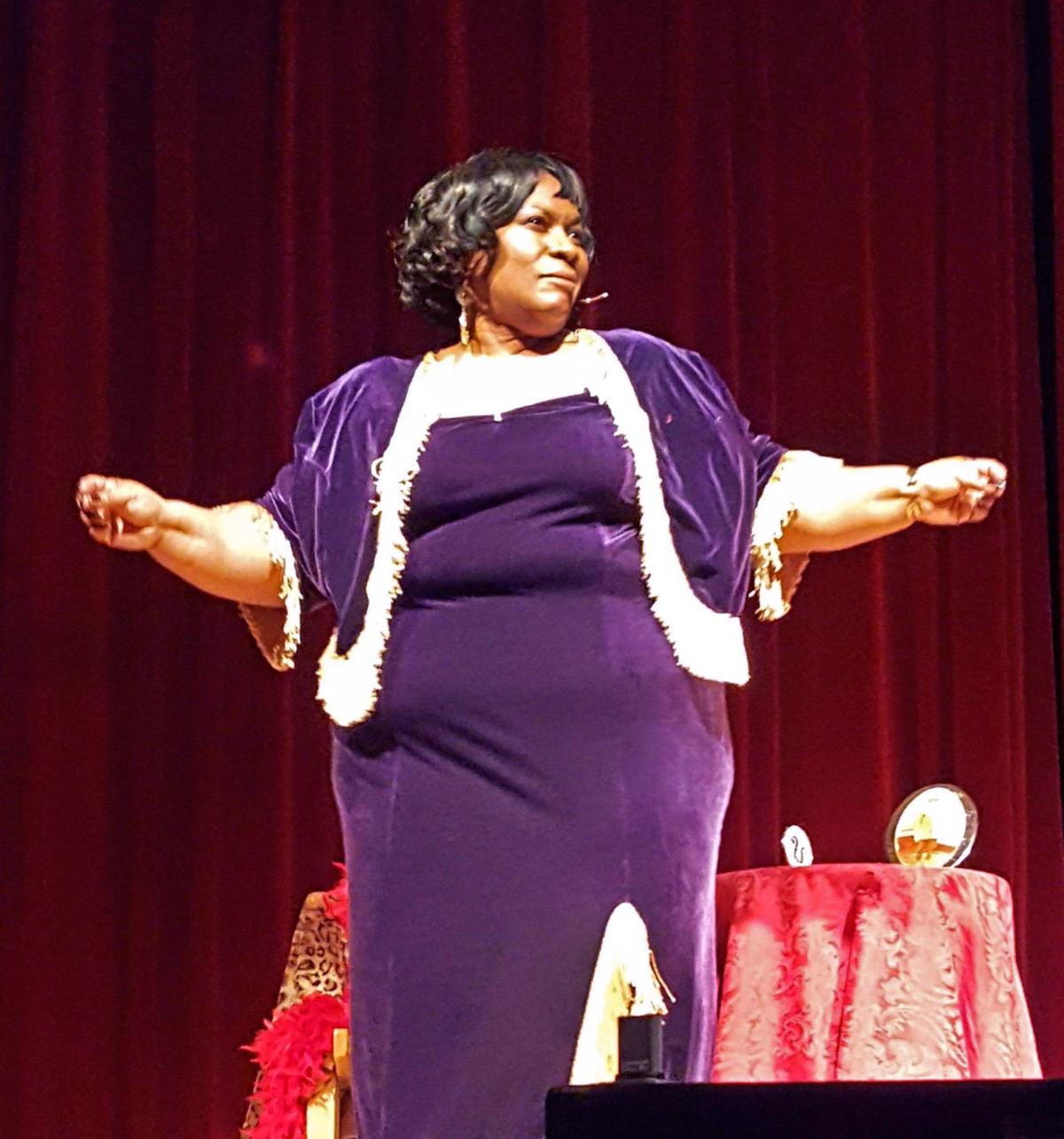 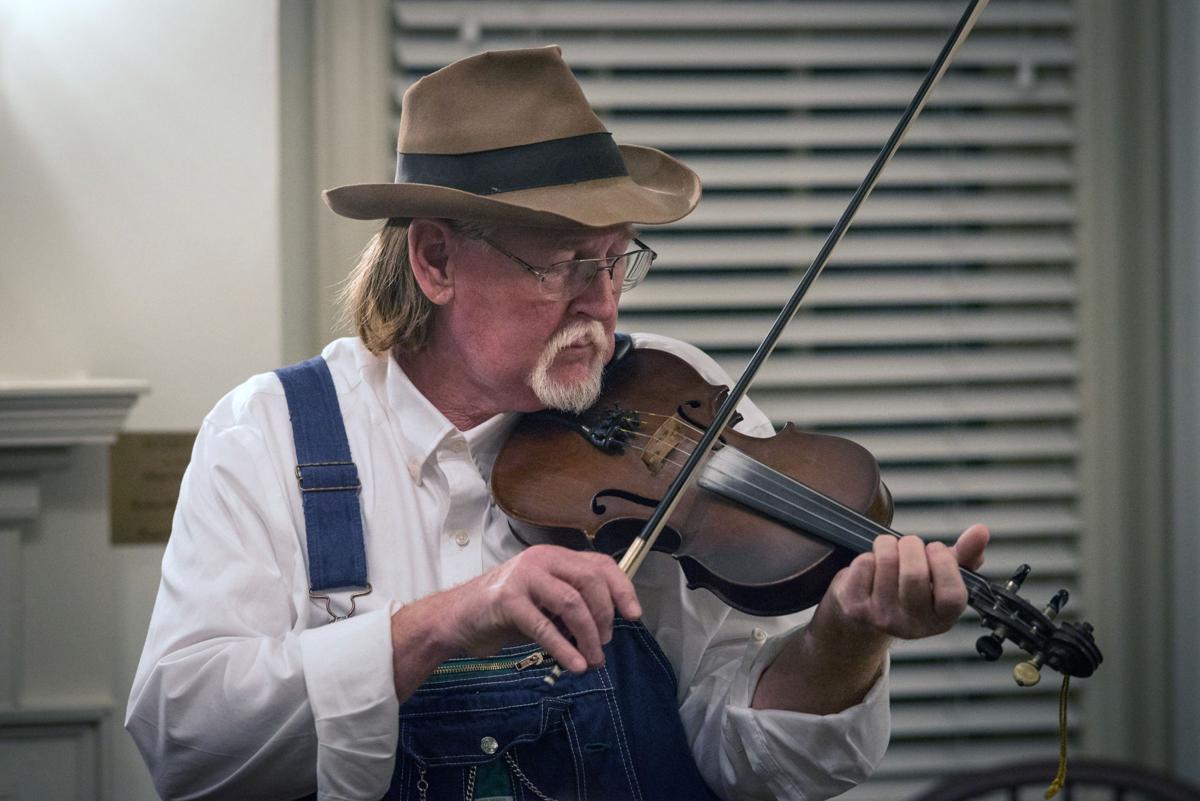 The MacFarland-Hubbard House, a historic landmark in the Kanawha Valley, provides a working office for the West Virginia Humanities Council and an attractive space for programming and public events.

West Virginia students meet with international visitors in the Hardy County Portal, a project funded in part by the West Virginia Humanities Council.

The council’s mission is to provide support to independent scholars, historians, museums and public institutions throughout the state that are trying to tell the story of West Virginia — whether that’s through history or literature or folklore, current politics or the history of politics or economics.

As Executive Director Eric G, Waggoner explains: “If somebody is writing a book or creating a documentary or presenting a conference about West Virginia, we can provide assistance through grant funding to help them get the story of West Virginia out in the world.”

Waggoner took the reins at the Humanities Council in 2018 after the retirement of Ken Sullivan, who had been the council’s executive director for 22 years. Waggoner resigned as chairman of the English department at West Virginia Wesleyan to take the top post at the council.

“I grew up in Malden,” Waggoner said. “My father worked at the West Virginia Library Commission and worked his way up to director. He was also a volunteer firefighter. My mother was at first a stay-at-home mom and later did clerical work for the state’s Archives and History Department.

“I came to the council through a somewhat convoluted route,” he said. “I got a degree in American literature from West Virginia Wesleyan, where I ended up teaching. Midway through college I got the idea I would like to go into teaching. I went to Arizona State and did my doctorate work in American literature. The department chair at Marshall somehow got hold of my resume. They had a one-year position. I’d wanted to get closer to this part of the country, so I took that. College teachers go where the jobs are. Then I ran into a guy who had an American literature position open at Wesleyan and I went there in 2002, and stayed until I took my job at the Council.”

Waggoner sees part of his task as educating the public about the work of the Council.

“Everybody sees the Humanities Council’s name around, but when I ask them what we do, they can’t answer too well. The cornerstone of our work is our grant program — matching funds we provide to educational institutions, museums, public broadcasting, historical societies and others. Additionally, we manage a variety of programs directly. These include traveling exhibits, our popular History Alive! Series, regional lectures and e-WV, the online West Virginia Encyclopedia.”

The council is supported by the National Endowment for the Humanities (NIH), the state of West Virginia, corporations, foundations, other organizations and many individual donors, large and small.

Grants of up to $20,000 are offered to help support major humanities projects including school projects, symposiums, panel discussions, reading and discussion series, exhibits, reenactments and conferences.

Major grants from the council have helped fund a long list of projects. These include: the Amicus Curiae Lecture Series on Constitutional Democracy at Marshall University, the Contemporary American Theater Festival and the Appalachian Regional Writer in Residence at Shepherd College in Shepherdstown, a permanent exhibit at the Weston State Hospital, archeology digs in Wood and Greenbrier counties, the Ohio River Festival of Books and wayside exhibits at historic locations along the Kanawha Valley Rivers to Ridges Trail.

Mini-grants by the council have gone to support a number of small projects, including workshops by West Virginia authors at Daniels Elementary School in Raleigh County, permanent exhibits at the Entler Hotel museum in Shepherdstown and a Wayne County quilt trail.

Citing an unusual project, Waggoner notes the council helped bring a high-tech “Portal” to visit at East Hardy and Moorefield high schools in Hardy County. Fashioned from shipping containers, the Portals are equipped with immersive audiovisual technology and linked in an international network.

“When you enter one of the Portals,” explains Waggoner, “you come face to face with someone in a distant Portal and the two of you can converse as if you were in the same room.” For instance, the Portal enabled students in a Spanish class at Moorefield High to chat with students in Bolivia.

Meanwhile, Waggoner notes the council has been able to route more than $420,000 in federal CARES Act Emergency Relief Funding to West Virginia cultural institutions and programs, primarily for general operating support to help offset losses caused by the COVID-19 pandemic and related public health restrictions. “That’s in addition to all of our regular grant-making, which has not slowed down this year.”

This year the council has added six characters:

The characters of Walt Disney, Francis Pierpont, Abigail Adams and Bessie Smith are new to the program. The character of Colonel Ruby Bradley rejoins the program after several years’ hiatus. Pearl S. Buck, who was last portrayed by Karen Vuranch in 2010, returns as performed by Missy McCollam in time for the 2021 bicentennial of Pocahontas County, where the famous author was born.

The six newly announced characters join a number of others which continue as part of the program.

More digital content The COVID-19 pandemic has affected virtually everything we see and do these days, and the work of the Humanities Council has been no exception.

Over the past few months, Waggoner said, the council has worked closely with many of the state’s cultural institutions to deal with closures and cancellations brought on by the pandemic.

“In the process,” he said, “we’ve learned a lot about the creative solutions being developed around the state in response to unprecedented logistical challenges. That cooperative approach has, in many cases, considerably increased the reach of organizations of every size.

“For example, a recent History Alive! event presented through the Morgantown Public Library brought James Froemel’s portrayal of Peanuts comic strip creator Charles Schulz to a much wider audience — 650 views on Facebook — more than a single in-person performance would ordinarily be able to reach.

“More globally, the annual Contemporary American Theater Festival at Shepherd University expanded its virtual digital platforms in order to convert in-person events to livestream format, and also offered an alternative season’s worth of digital theater and humanities content to ensure continued engagement with audiences and constituents around the world.

“Our e-WV and Folklife programs already deliver excellent digital content to audiences in and out of state. We believe applying that strategy to both traditional and new in-house programs will allow us to serve even more West Virginians, wherever they live.”

“It’s a program we offer through partnership with the State of West Virginia and the National Endowment for the Arts (not the NEH, which, again, is our primary partner). Since the program began in 2015 it has conducted oral history interviews with more than 175 traditional artists and practitioners, and documented events in the majority of counties in the state.

“The resulting audio interviews, videos, and photos will,” he said, “be archived at WVU Libraries and made accessible to the general public, giving our state’s rich cultural life a much wider audience than before.”

An acclaimed fiddler, banjo player, guitarist and songwriter, Morris is a lifelong resident of Clay County. He was nominated for the NEA award by Emily Hilliard, State Folklorist at the Humanities Council, who described him as “the living carrier of the old-time fiddle and banjo tradition particular to his rural home county and the surrounding area.”

State’s history in print and on the airIn 2006, the Humanities Council published “The West Virginia Encyclopedia,” the state’s first comprehensive, one-volume reference book in decades. Subsequently, the council has gone on to post more than 1,200 of the book’s items on its e-WV website, which is regularly updated.

The council and West Virginia Public Broadcasting have drawn on e-WV to create two-minute radio segments for “This Week in West Virginia History” to introduce listeners to important people, places, and events in Mountain State history. Each daily segment is keyed to the actual date in history on which it occurred. “This Week” airs Monday through Friday, both morning and afternoon during the news.

A similar print version of “This Week” regularly appears in many of the state’s newspapers, including the Metro editions of the Charleston Gazette-Mail.

Now, said Waggoner, the council is readying something more: “As part of developing our capacity to deliver virtual content, we are in the process of producing out first in-house podcast, which we hope to launch publicly in late 2020.”