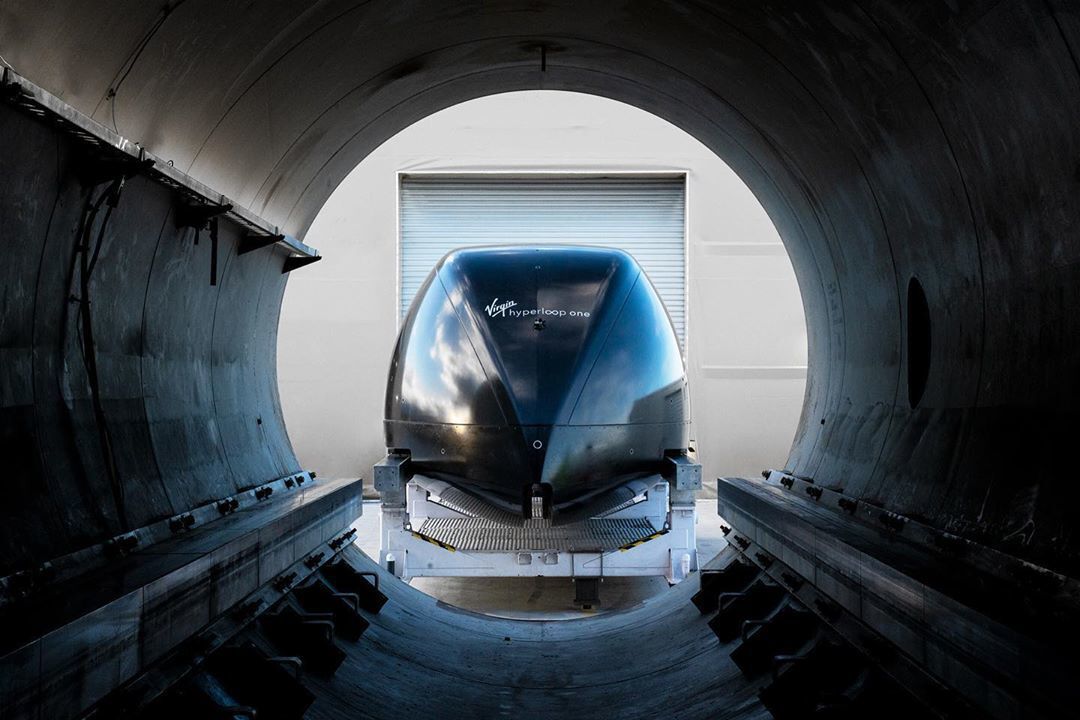 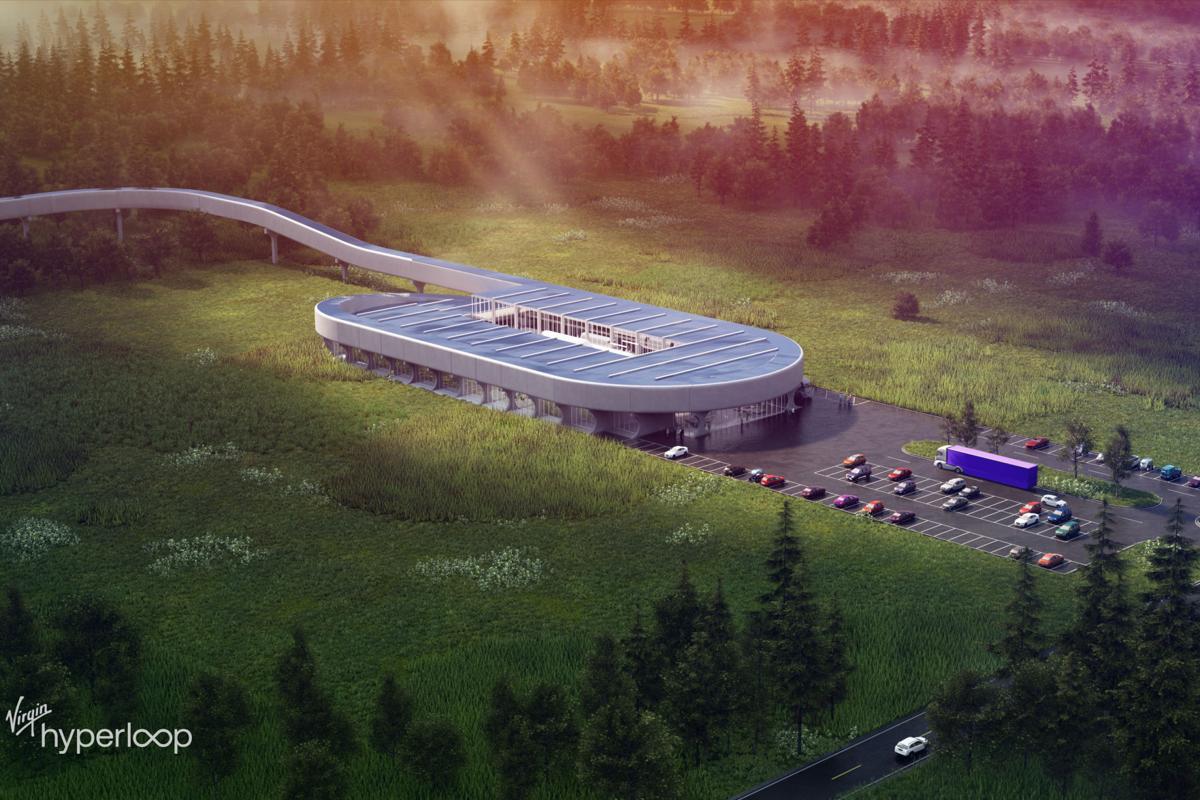 This is a rendering of the Virgin Hyperloop certification facility to occupy almost 800 acres in Tucker and Grant counties. 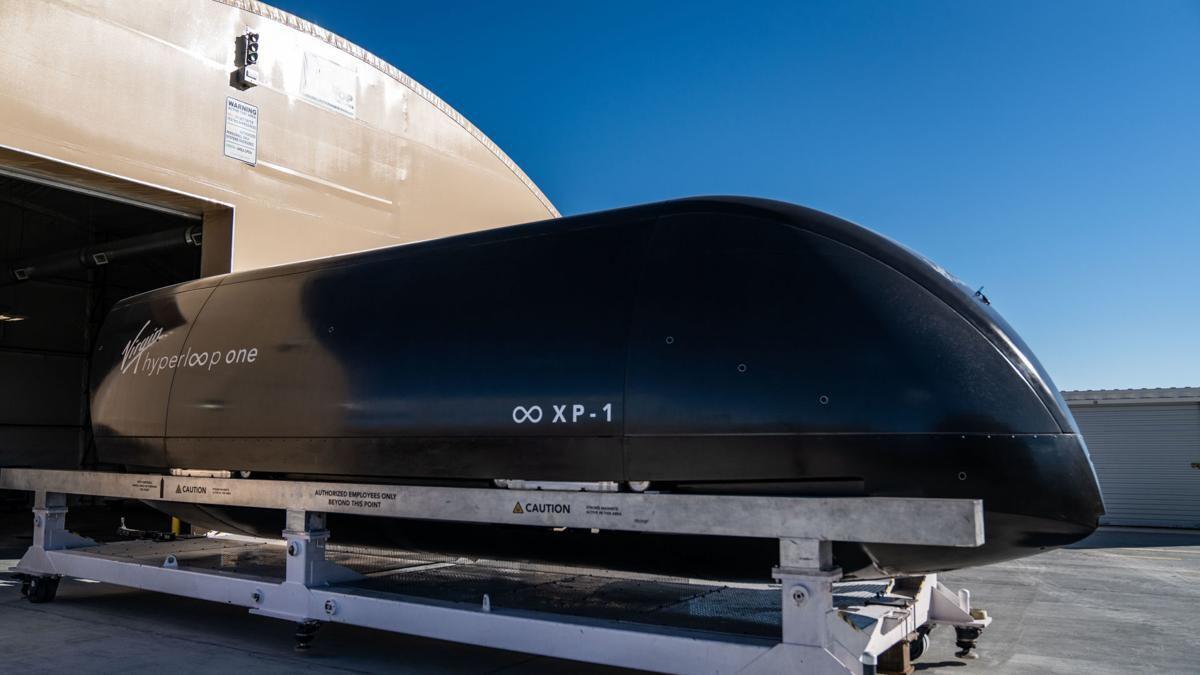 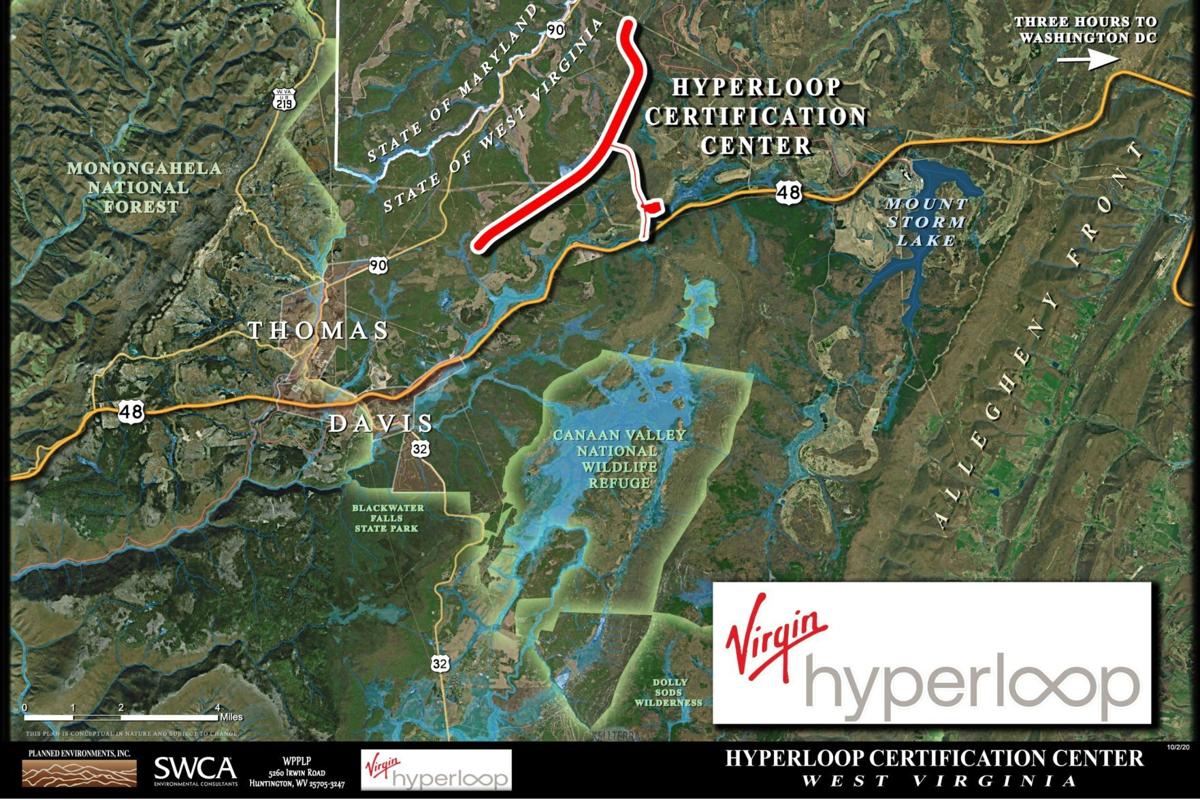 This map shows the location of the Virgin Hyperloop Certification Center in northeastern West Virginia. 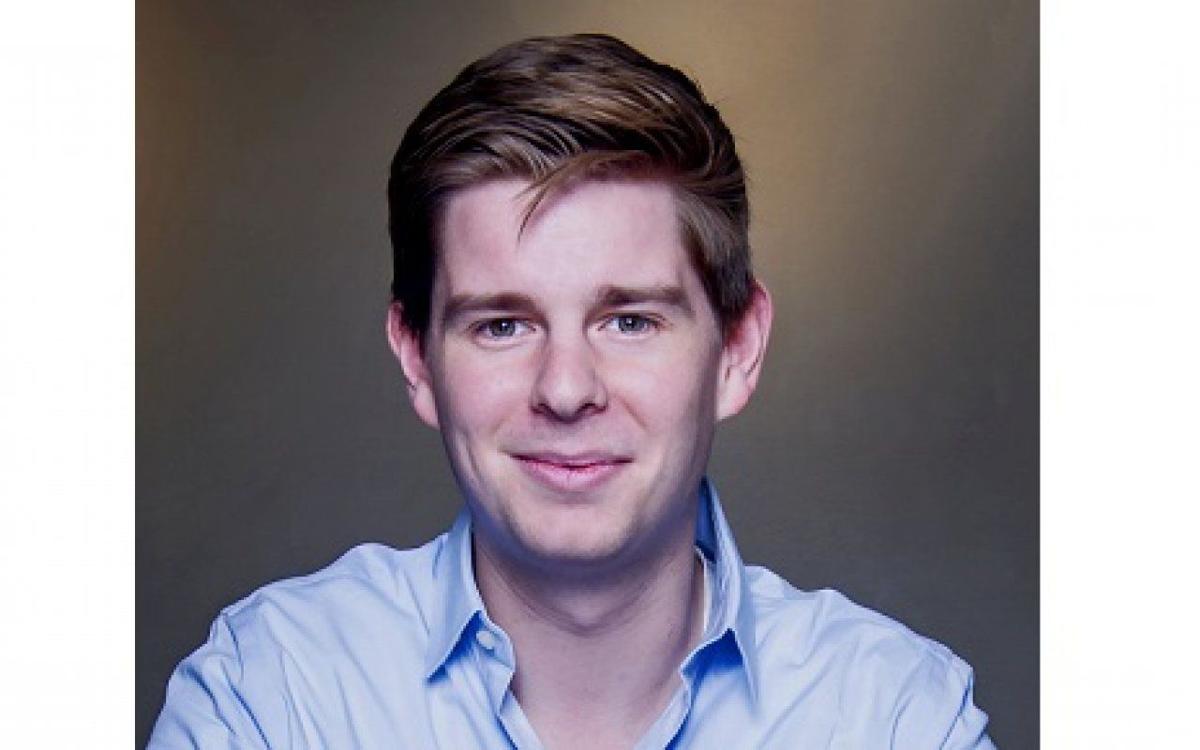 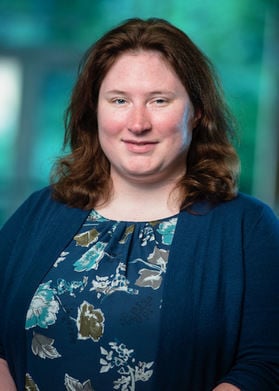 This is a rendering of the Virgin Hyperloop certification facility to occupy almost 800 acres in Tucker and Grant counties.

This map shows the location of the Virgin Hyperloop Certification Center in northeastern West Virginia.

If and when it comes to full-speed fruition, the Virgin Hyperloop system won’t move the world’s populace and products forward at “Star Trek”-like warp speed, but it will move them a lot faster, more efficiently and more sustainably than any other known mode of Earth-bound travel.

Its path has taken a major turn into West Virginia. Virgin Hyperloop announced on Oct. 8 it will build and operate a certification facility on nearly 800 acres in Tucker and Grant counties on the site of a former coal mine.

The Hyperloop Certification Center will use established technology to develop the hyperloop as a safe, commercially viable form of transportation, hoped to be carrying passenger traffic by 2030. (Safety certification is anticipated by 2025.)

What is a hyperloop?

An example of time savings Virgin cited would be a hyperloop trip from Washington, D.C., to New York City — slightly more than 200 miles — taking a half-hour.

The history of hyperloop

The prospect of moving people in tubes is far from a recent, “Jetsons”-esque notion. British mechanical engineer/inventor George Medhurst received the first patent to transport goods via tubes in 1799. Other “atmospheric railways” were proposed, tested and developed in ensuing decades around the world, with varying levels of success, powered by air, steam or other means.

Rocketry pioneer Robert Goddard is credited with introducing the concept of hyperloop transportation in 1910. Goddard produced designs of a train, floating on magnets within a vacuum-sealed tunnel, which could travel from Boston to New York in 12 minutes, but his project was never realized.

Flipping the calendar pages forward more than a century, Tesla and SpaceX CEO Elon Musk proposed a hyperloop as a theoretical global transportation system publicly in 2012. Musk’s original concept used reduced-pressure tubes in which pressurized capsules ride on air bearings driven by linear induction motors and axial compressors. Musk described the hyperloop as a “cross between a Concorde and a railgun and an air hockey table.”

Private firms, universities and innovators around the world have run with Musk’s “open-sourced” vision. Startup group Hyperloop One became a major investor in the idea, beginning its work on the concept in 2015.

The Virgin Hyperloop system will be 100% electric, capable of drawing power from any available energy source along the route. Solar panels covering the tube can also supply power. Capable of transporting 28 passengers each, pods will attain their initial velocity from an external linear electric motor, which will accelerate it to the desired speed. Between periodic power “boosts,” pods would be propelled in near-vacuum conditions, similar to coasting, along their routes.

“The reason why this system is able to reach airline speed using about 1/10th of the energy of a plane is twofold,” Virgin Hyperloop Vice President of Marketing and Communications Ryan Kelly said. “One, in the tube, it’s sucking out atmospheric pressure to near space levels, the equivalent of being 200,000 feet above sea level. It takes friction out of air and is almost frictionless. It allows for our magnetic levitation engine to propel forward and lift off the track because it doesn’t have any resistance, without electrifying a track. MagLev trains in Asia now, for example, have to be completely electrified. Taking the frictionless approach even creates more energy efficiency for the system.”

Virgin Hyperloop officials say the passenger and cargo pods will travel three times faster than high-speed rail and more than 10 times faster than traditional rail travel. They project the cost for users will be comparable to rail travel and less than most airplane tickets.

Timetables aren’t really necessary; several pods can depart every minute and the system doesn’t require stops at every station along its high-speed routes.

The system also produces zero direct emissions, an environmental plus. “We’re only as clean as the grid we’re working on,” Kelly said, “but, from a sustainability standpoint, using a tenth of energy versus a short-haul flight which has emissions, is going to make a huge impact on the environment.”

“Hyperloop doesn’t make sense for carrying things like coal and other bulk goods which can be on the back of a truck or train for weeks with little impact. Air cargo currently accounts for less than 1% of world trade tonnage, yet 35% of world trade value is carried by air. This is an expanding market that is currently limited by capacity challenges,” Kelly said in a June 2019 PortTechnology.org interview.

He added that e-commerce was expected to grow to $4 trillion worldwide this year and the market for express and parcel freight is set to reach $516 billion by 2025. “This expanding market is currently limited by airline/airport capacity challenges. Hyperloop can serve as an integrated logistics backbone, supporting the fast, sustainable and efficient delivery of palletized cargo. Deliveries can be completed in hours versus days with unprecedented reliability.”

Construction on the $500 million Hyperloop Certification Center is expected to begin next year and take roughly five years to complete.

Virgin Hyperloop plans to hire between 150 and 200 engineers and technicians at the outset of operations, reportedly sourcing local candidates when possible. The project is also anticipated to create 7,300 jobs over the next five years and more than 6,000 other jobs as it advances to the operational phase.

The center expects to transition from originally a construction testing hub for hyperloop pod vehicles into a training ground for conductors and operators when commercial hyperloop travel is approved and ready to be implemented.

According to the West Virginia University Bureau of Business and Economic Research, the center will produce an annual windfall of at least $48 million for the Mountain State.

WVU President E. Gordon Gee wants to form a consortium of universities from the state and extending around the country to develop the Virgin Hyperloop. Along with WVU, Marshall University and the West Virginia Community and Technical College System are involved in the project.

“We knew this could be the start of an Appalachian Silicon Valley. We talked a lot about new technologies and their feasibility, and what’s reasonable to get someone interested in a project like this,” WVU Assistant Professor and Chambers College Business Data Analytics Program Coordinator Janet Fraser said in an Oct. 15 WVU article.

The federal government is also getting on board with hyperloop development. In July, the U.S. Department of Transportation issued a guidance document to establish regulations for the hyperloop system as it evolves. “These formerly abstract ideas, evocative of science fiction, have now matured into physical prototypes and project proposals. Inventors, investors and stakeholders are ready to build out these technologies,” Transportation Secretary Elaine Chao said in a statement.

“Imagine what the world was like before the plane or before the train,” Kelly said. “The idea of being able to travel from New York to London or across the country in a day to people who’d never heard of a plane before would be mind blowing.

“What we’re excited about is that we have something that goes as fast as a plane, but we we want to it be at a price point where people can use it more frequently.

“In the 1700s, 1800s and early 1900s, that would be considered preposterous. We’ll maybe have hyperloops going under the ocean at some point.

“I envision a world where mass and personal transit could create huge opportunities for people,” Kelly said. “I think the West Virginia project is one of those things that is an opportunity to create a whole new industry.

“If hyperloop is able to be safety certified and people are going to want to use it around the world — and we think they will — this opens a brand new category in industry.

“We haven’t done something like this in a century. Mass infrastructure requires commitment, but, at the same time, as support around the world for this has shown us, it’s a need that’s been neglected for a really long time. As a private-sector company, we’re hoping to provide that solution,” Kelly said.

We live in interesting times.

Gazette-Mail editorial: Time for Justice to further act on pandemic

Ben Fields: The underlying tension of a pandemic (Opinion)

Chief: Charleston police officer 'not going to pull through' after shooting