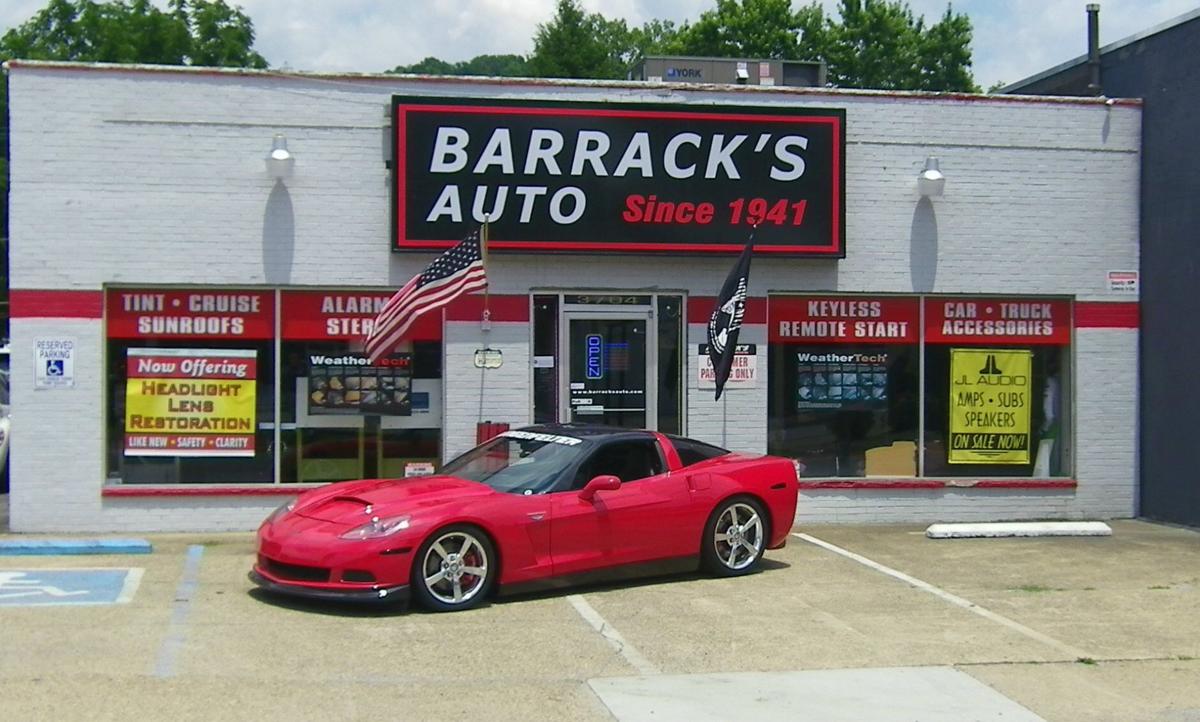 Barrack's Auto in Kanawha City will close its doors for good on March 31. 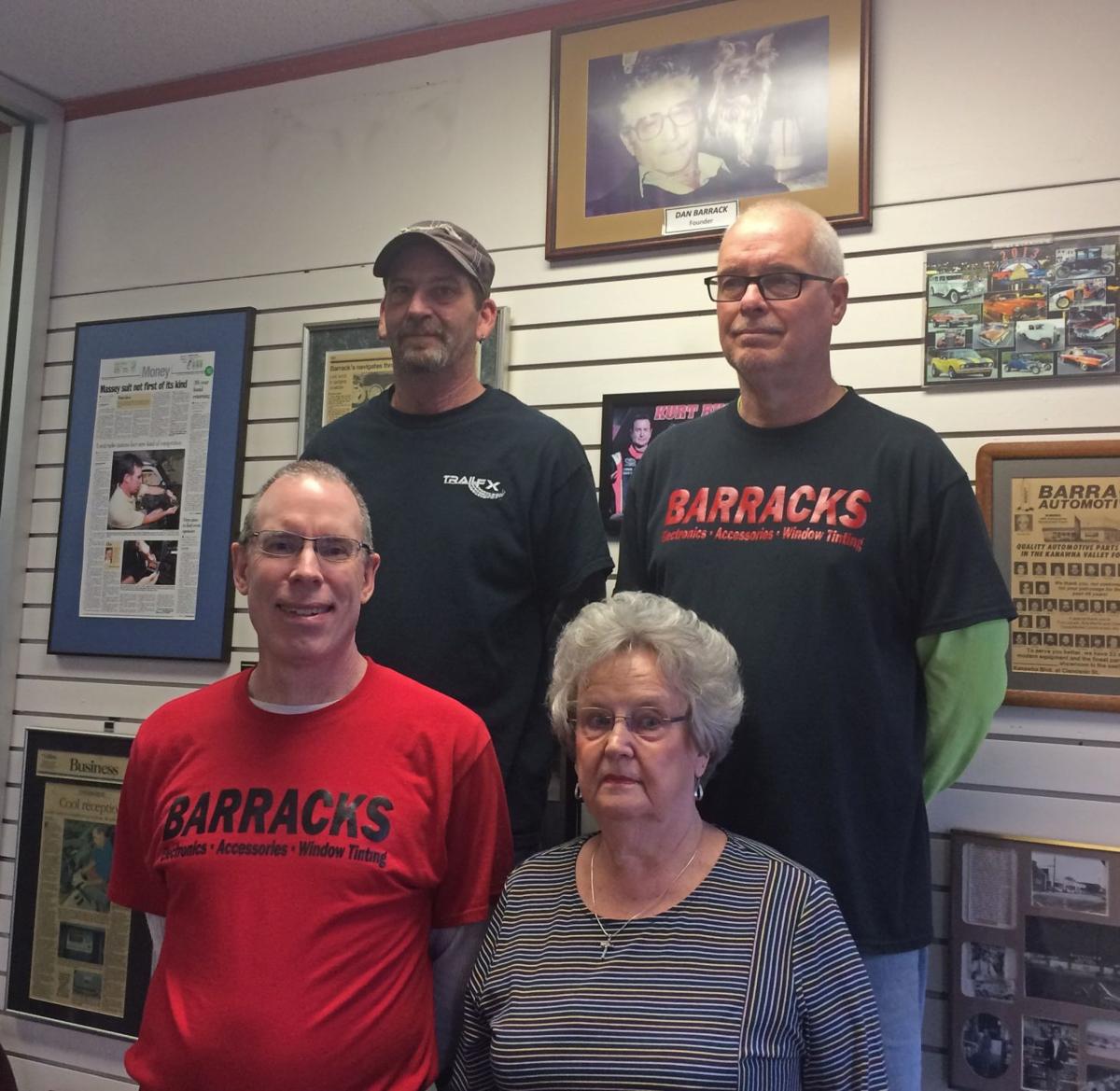 Veteran Barracks Auto employees are (front row from left) Mike Stump and Artie Hoover and (back row from left) Skip Liddle and Steve Bauer. At the top of the wall of memorabilia at the store is a photo of founder Dan Barrack. 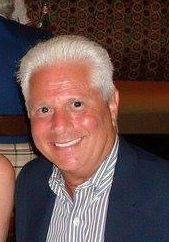 Barrack's Auto in Kanawha City will close its doors for good on March 31.

Veteran Barracks Auto employees are (front row from left) Mike Stump and Artie Hoover and (back row from left) Skip Liddle and Steve Bauer. At the top of the wall of memorabilia at the store is a photo of founder Dan Barrack.

The end of March will double as the end of an era (several, in fact) for a long-running Kanawha City business and motorhead oasis, as its owner and administrative manager are both retiring and closing up shop.

Founded in 1941 in Charleston (after opening six years earlier in Parkersburg), Barrack’s Auto established a customer base encompassing generations of car owners who relied upon the family-owned business for accessories, electronics, window tinting and, profoundly, the latest car audio systems, complete with installation and service.

Tuesday, March 31, will be the store’s final day of business.

“I know that sometimes a change can be very unsettling and saddening, or it can be interesting, positive or exhilarating with great results,” owner Gary Barrack, the son of founder Dan Barrack, told his employees on Feb. 28. “Many times, throughout my career, I wondered why it took me so long to implement a change that was well needed.

“Here at Barrack’s, we have gone through many changes through the years. Most were good, but some were not so good. However, we all survived everyone of them.”

From wrecks to riches

Barrack also explained how change has been an underlying constant of the company since its mid-1930s roots. In 1935, his father, at age 15 and possessing an eighth-grade education, launched a resume that included peddling fruit in Maryland, painting houses in California, laboring in Chicago slaughterhouses and working for his uncle at an Ohio junkyard.

“Dan and his brother, Sam, also worked as peddlers selling used furniture out of an old, dilapidated truck and building,” Barrack said. “My dad was always looking for something — anything — that would improve his and his wife’s lifestyle. Most mornings began at 5 a.m., with the workday ending late into the night.”

He said his father, while visiting cousins in Parkersburg, noticed something he had never seen before.

“Shoppers were in a hurry, walking fast and carrying packages. The significance of the packages meant that people were buying things. ... My father told my mother that Parkersburg was where he wanted to settle down, open a junkyard and have two children.” (Gary and his older sister, Lynn, fulfilled that last stated goal.)

“Change was a part of his personality,” said Barrack, who now spends most of his time at his Sarasota, Florida, home. “He said to himself, ‘I can do something like this!’ Change was in his blood.”

Dan Barrack borrowed money, made connections and opened the original Barrack’s Wrecking Company in Parkersburg. He and his brother worked seven days a week to build the company, while Dan’s wife handled the bookkeeping and payroll duties.

“They would buy old — very old — wrecked cars for $10 to $15, which was a lot of money back then,” Barrack explained. “They stripped each car of its sellable parts, put some of the parts in a small building they rented and separated the rest on the ground outside. After each wrecked car was stripped, the remainder was set on fire and then loaded onto the old, converted furniture truck and hauled to the dump. The junk dealer paid pretty good money — 20 cents a pound.”

“There was a large hill about 25 yards behind that building,” Barrack said. “All the trees were cut down and most of the wrecked cars were hauled up the side of the hill. I was only 5 years old but do remember it was a sight to be seen.

“They had no cellphones or computers, compasses, adding machines, cash register or signs on the hill,” he said, “but my father knew exactly where and what wrecked car or truck was on that hill.”

Coming to the finish line

The current Barrack’s Auto site opened about 25 years ago in Kanawha City, evolving there to equip and enhance vehicles rather than demolish them as its trade.

Hoover reflected on the upcoming closure. “I decided I wanted to retire, and when I talked to Gary about it, he decided he was ready to retire, too. After many discussions, we decided it was time for us to retire.

“I’m going to miss my co-workers and the customers I’ve met and gotten acquainted with over the years,” said Hoover, a Big Chimney resident. “It’s been a very good ride.”

Stump said he is going to take a couple of months off before reblazing his career path. “I’ve loved the customers,” he said. “We’ve had some really good customers over the years and it kind of hit me one day last week: a lot of these people who are coming in, it might be the last time I see them, and I’ve seen them every month for the last 20 years or more.”