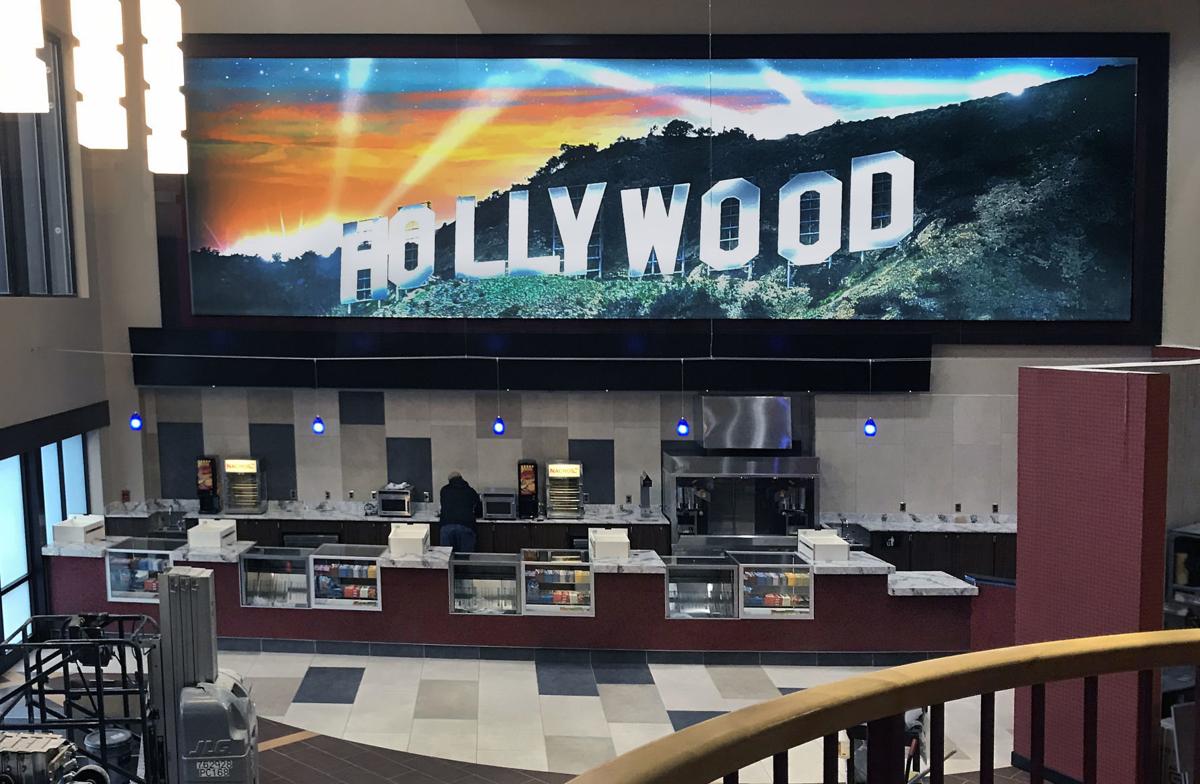 The lobby at Marquee Cinemas at Southridge has been opened up, and a new concession stand added. Drinks are now self serve. 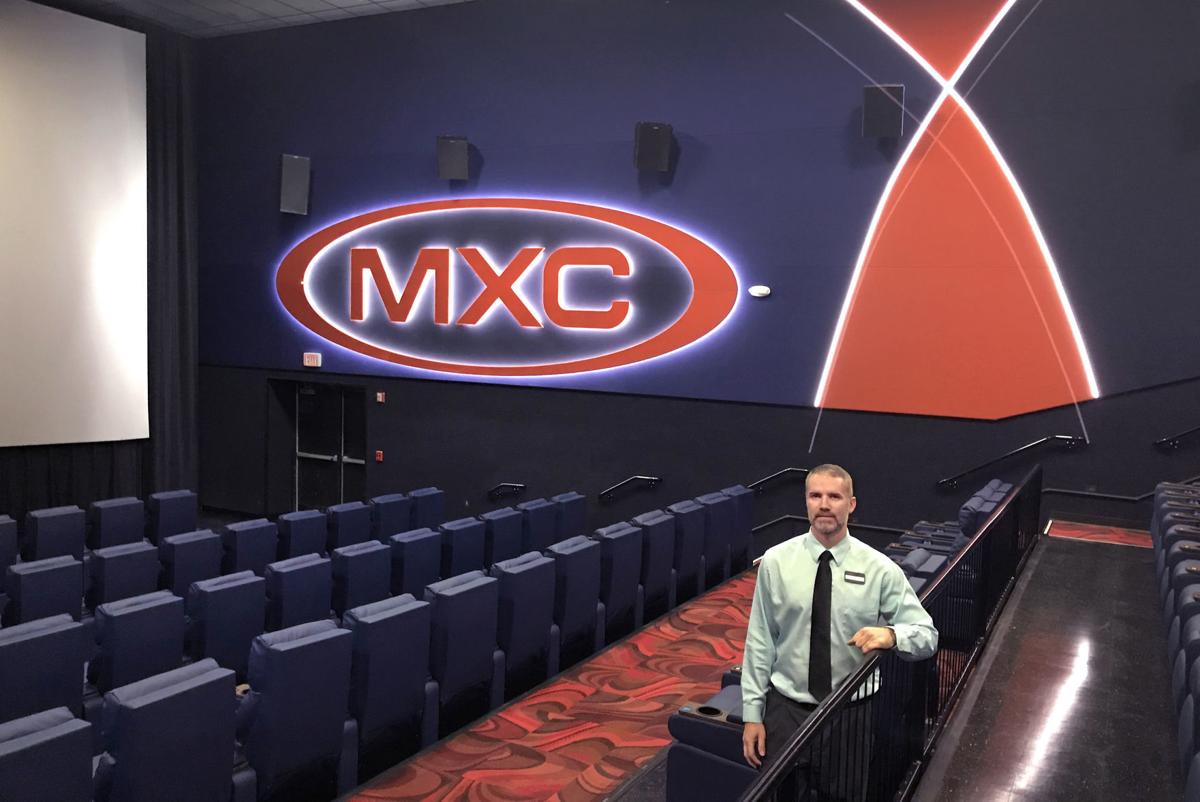 Marquee Cinemas Southridge 12 General Manager Brent Bowman is shown in one of the cineplex’s new MXC auditoriums, which feature luxury seating, 4K laser projection and Dolby Atmos sound. All of the auditoriums have been remodeled, with two upgraded to MXC. 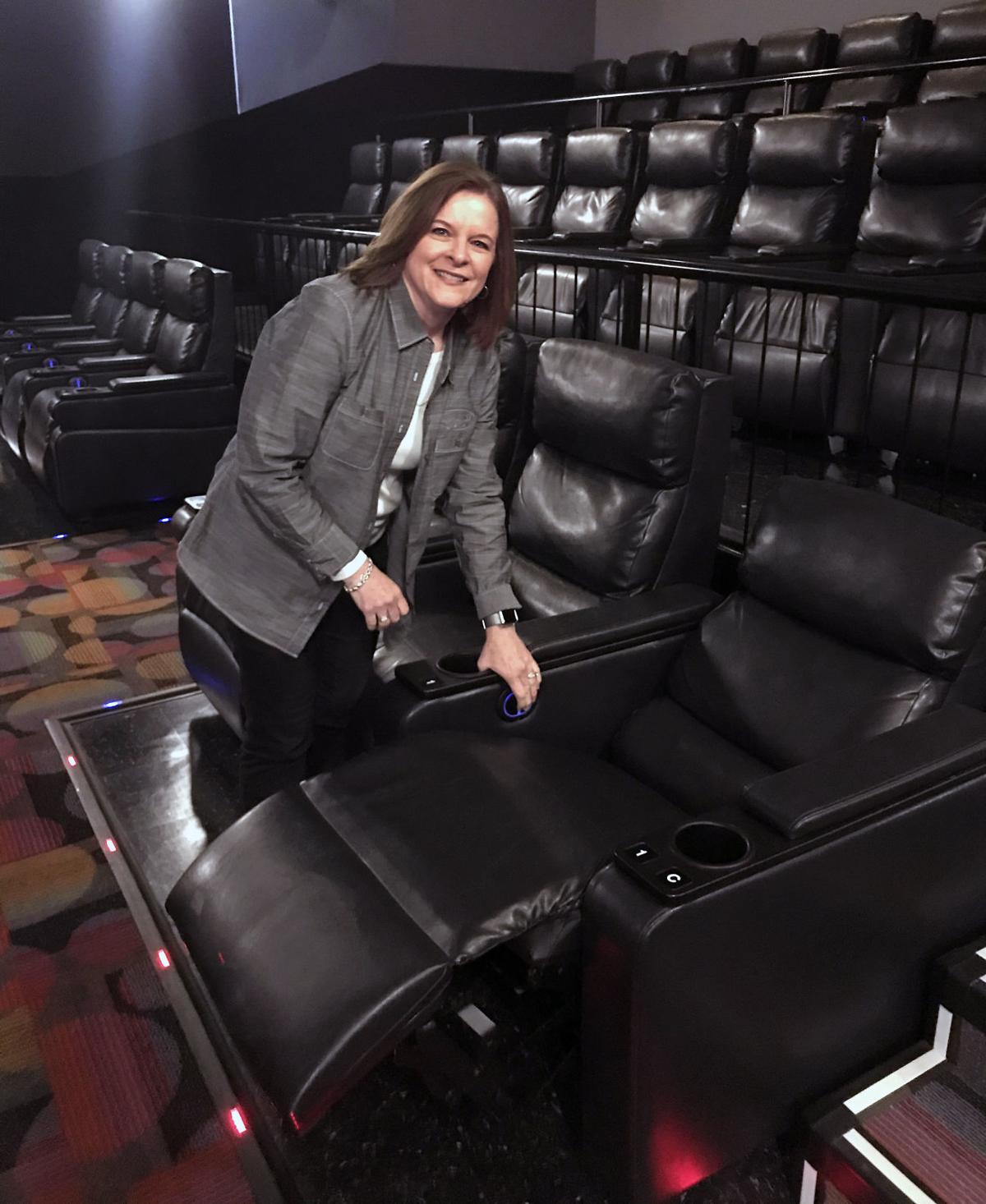 Marquee Cinemas Marketing Director Robin Shumate demonstrates the new reclining seats in one of the auditoriums.

The lobby at Marquee Cinemas at Southridge has been opened up, and a new concession stand added. Drinks are now self serve.

Marquee Cinemas Southridge 12 General Manager Brent Bowman is shown in one of the cineplex’s new MXC auditoriums, which feature luxury seating, 4K laser projection and Dolby Atmos sound. All of the auditoriums have been remodeled, with two upgraded to MXC.

Marquee Cinemas Marketing Director Robin Shumate demonstrates the new reclining seats in one of the auditoriums.

No red carpet was unfurled, no spotlights were ignited to beam skyward and no paparazzi-ridden photo frenzy occurred, but a world premiere, in its own right, took place Thursday evening at Marquee Cinemas Southridge 12.

Dec. 19 marked the public debut of the major makeover and remodeling of the South Charleston cineplex. Several of the wholly refurbished 12 auditoriums — including two MXC (for Marquee Extreme Cinema) theaters — hosted audiences for the opening of the latest “Star Wars” epic, “The Rise of Skywalker,” as their introductory feature film.

Earlier this week as finishing touches were made throughout the facility, Marquee Cinemas Chief Operating Officer James Cox said the time seemed right to refresh the multiplex.

“The theater opened 20 years ago and it was definitely the premier theater when it opened and had been since,” he said, “but, after 20 years, it was beginning to look a little dated. We’ve enjoyed being here in the community for the last 20 years, so we thought it was time for a renovation and kind of did it from head to toe.

The piecemeal renovations began in August and are expected to be finished in full by the end of January, he said.

“Our company has done four or five remodels over the past couple of years, but, this, by far, has the largest scope of work of any remodel we’ve done.”

Cox said Marquee Cinemas worked with Bailey Construction on the $3.2 million construction project at Southridge 12. “This is our fifth project with them and they’ve been really great to work with.”

The two, new MXC theaters are distinguished by numerous high-tech advantages that stir the moviegoer’s senses and surroundings. They contain Dolby Atmos systems, two of only about 4,000 commercial ones operating worldwide, Cox said.

“For a typical movie, you have a Dolby 7.1 [sound system],” he explained. “You have a left speaker, center speaker and right speaker behind the screen and a subwoofer, which is four channels total. You have surrounds on the left and right walls and the rear surrounds. That gives you seven distinct channels of sound.

“On the Dolby Atmos, you have the surround speakers on the wall, the rear speakers, 10 overhead speakers and six, 18-inch subwoofers. The thing that makes the Dolby Atmos different is every one of the speakers in the room is its own distinct channel. It’s unmatched — the type of bass, the highs, it’s all tri-amp. When you feel it, it’s something.”

The MXC theaters use 4K laser projection, enhanced with 27 screen shakers behind the screens that add especial visual clarity. “It makes the image vibrate and look better in laser,” said Cox. “It’ll be a new experience for watching movies for this market, for sure.”

All of the Marquee Cinemas Southridge 12 theaters now have reclining, 27-inch-wide seats with a plush, leather-like upholstery. In addition, the MXC auditorium seats are heated. Installing the luxury seating meant reducing the total seating capacity — there are about 700 fewer seats than before the remodeling.

Patrons will be charged an extra $1.50 per ticket for the MXC showings, but Cox declared the fee is well worth the outlay.

“We’ve tried to keep the cost down,” he said. “A lot of companies that do IMAX and things like that, it may be a $4 or $5 upcharge. We try to keep it at a buck-fifty; you have to charge a bit more because you put so much money into the technology. ... We want the patron, before they even walk into the auditorium, to say, ‘Hey, this is something special. We’re in for a real treat here.’ I think it adds a lot of value to the moviegoing experience.”

He noted that each of the MXC theaters is fitted with approximately $350,000 of equipment to achieve that memorable viewer experience.

Along with the theaters, box office, restrooms and lobby, new, too, are Marquee Cinemas Southridge 12’s self-serve refreshment centers, which Cox said have proved popular with customers at other Marquee Cinemas locations.

Marquee Cinemas Southridge 12 General Manager Brent Bowman has worked at the multiplex for the past nine years, and he believes the revamped venue will be immensely well received by moviegoers.

“The patron can expect a full moviegoing experience, as far as the luxury seating and the heated seats in the Dolby Atmos theaters,” Bowman said. “Just the visual aspect of the theater now compared to what it was before — the overall appearance of the theater now gives that luxury type of a feel. When you walk through the doors into the lobby, you can just tell it’s a luxury facility now.”

“We’re just excited to be able to offer our customers here in this area a premium moviegoing experience,” Marquee Cinemas Marketing Director Robin Shumate said. “This is our first in West Virginia with the reserved, luxury seats and Dolby Atmos.”

Shumate said an official grand reopening event is scheduled for noon to 5 p.m. on Saturday, Feb. 8, with promotions and giveaways planned.

Operating 17 locations in nine states, including five in West Virginia, Marquee Cinemas was founded in 1979 and is headquartered in Beckley.

Marquee Cinemas Southridge 12 is located at 331 Southridge Blvd. in South Charleston, behind the Walmart. For more information, call 304-746-9900 or go online to www.marqueecinemas.com.