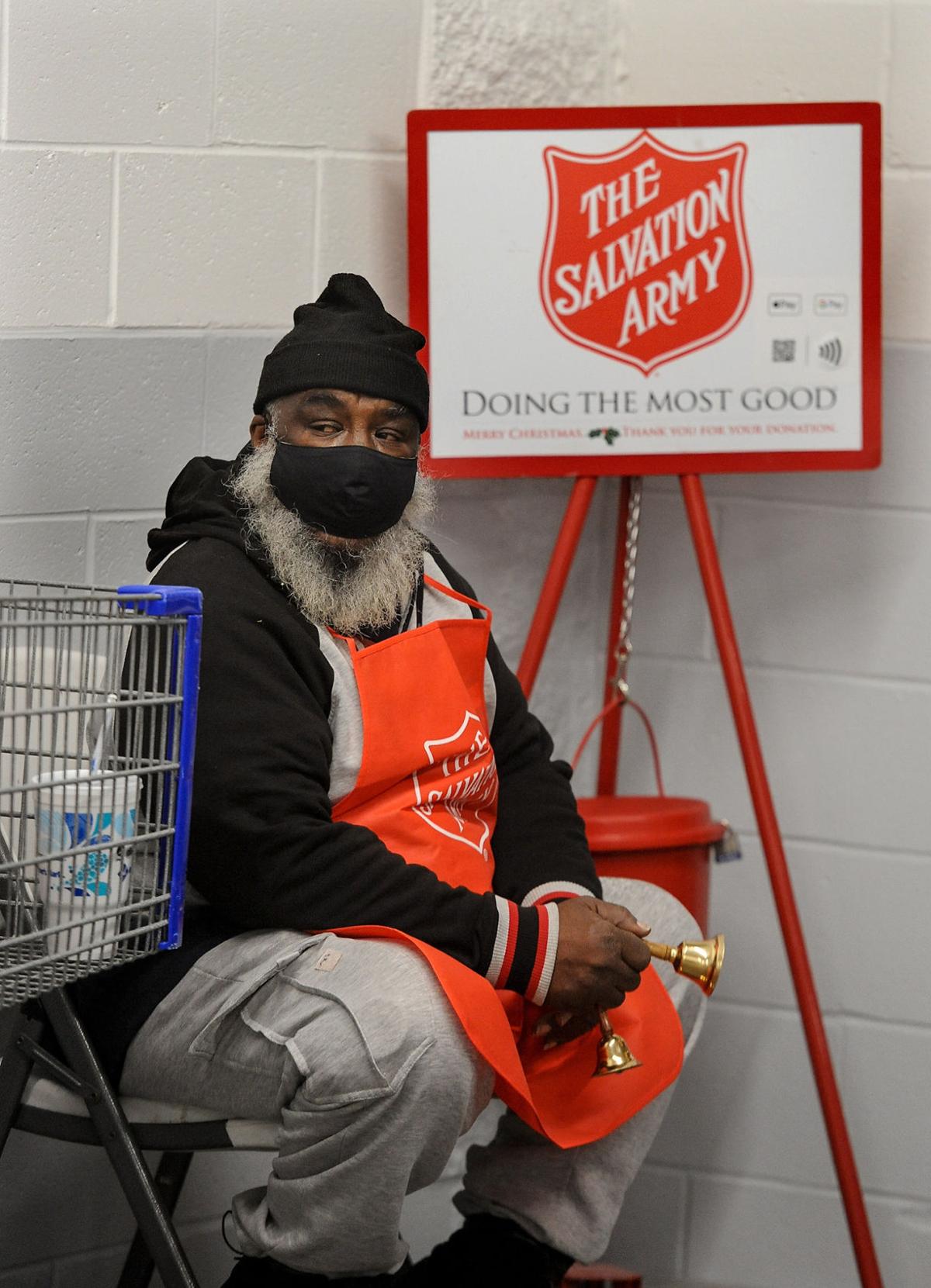 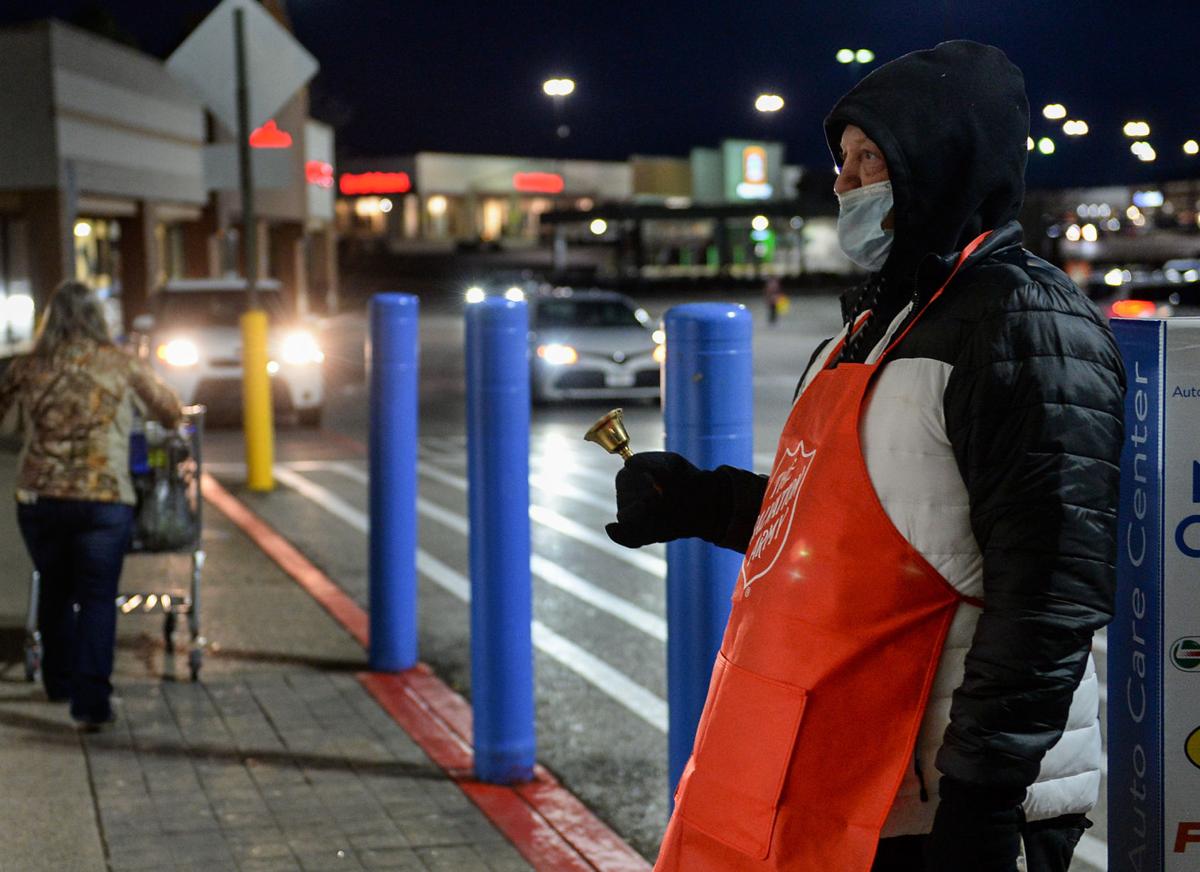 Martin Weibel stands outside Walmart and rings a bell for donations from shoppers for the Salvation Army. 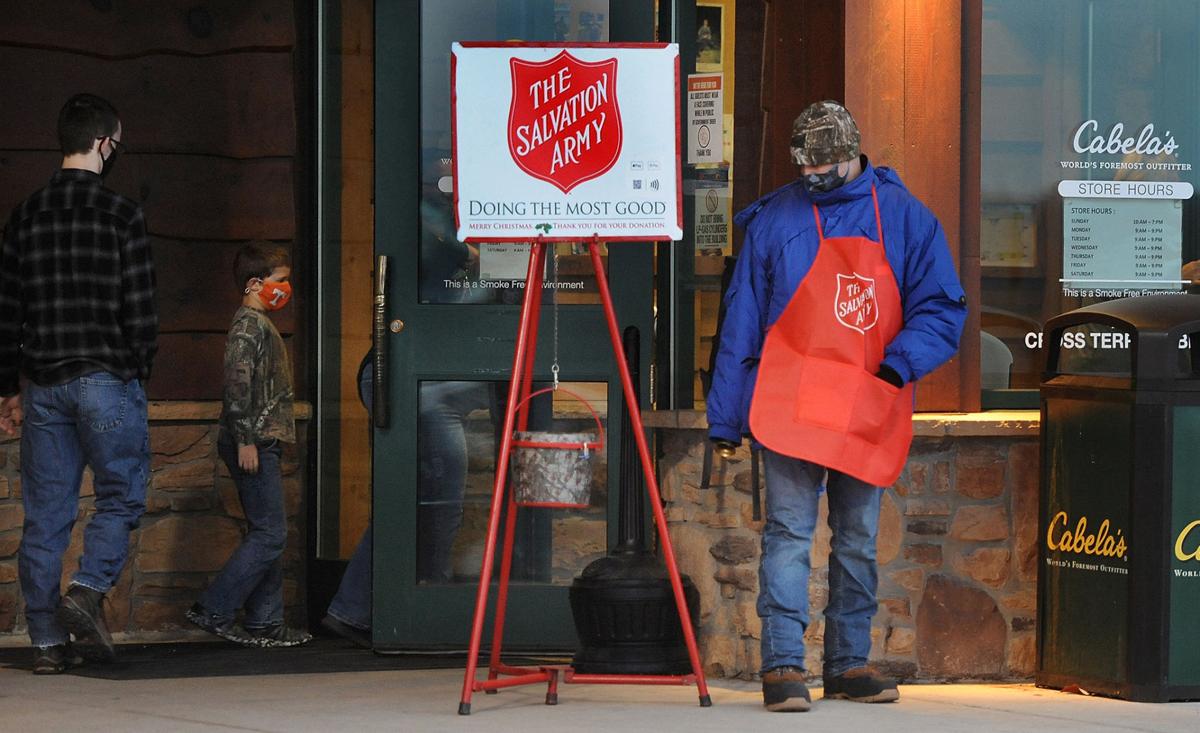 Mike Zion rings his bell as he waits for donations for the Salvation Army outside the entrance to Cabela’s. 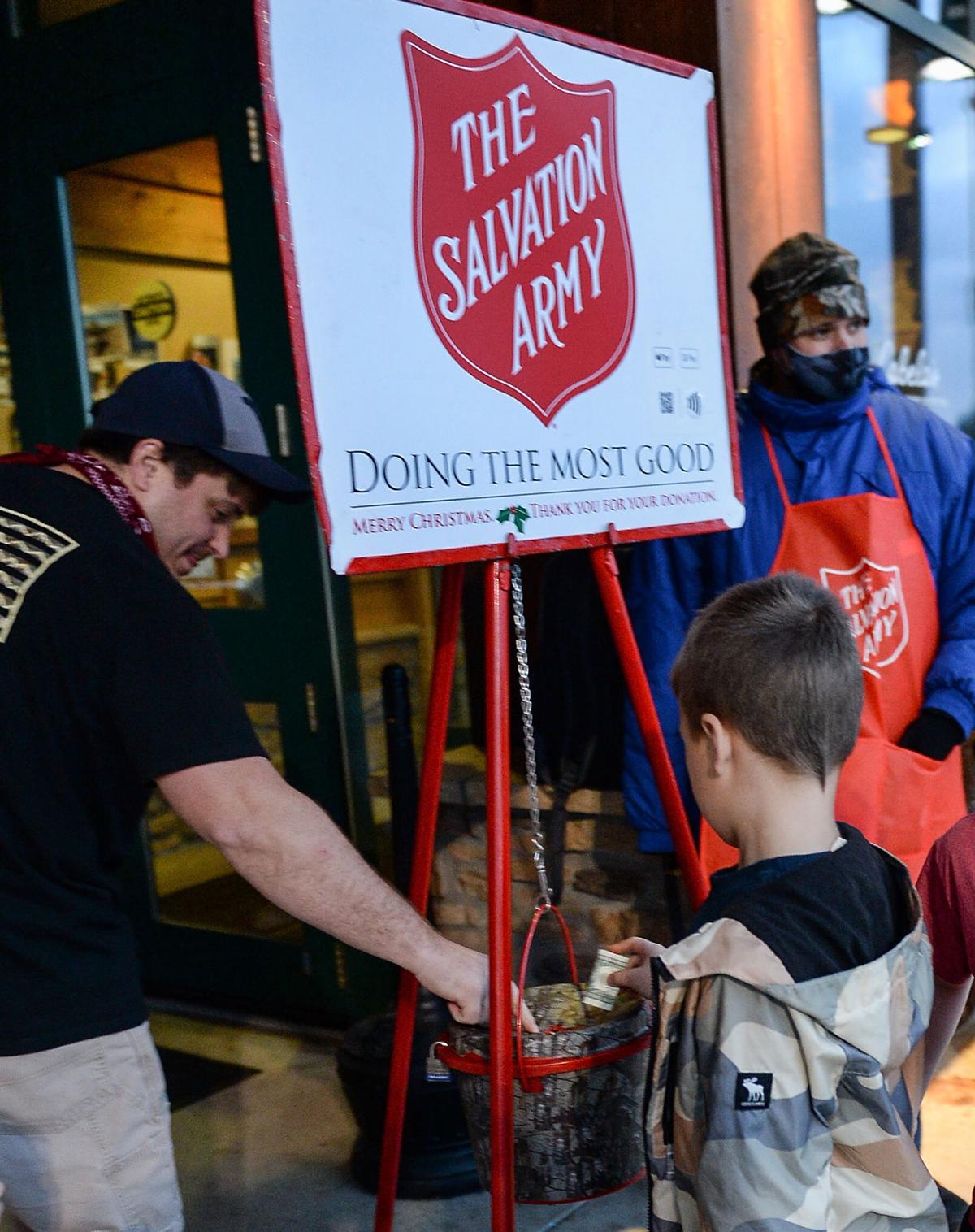 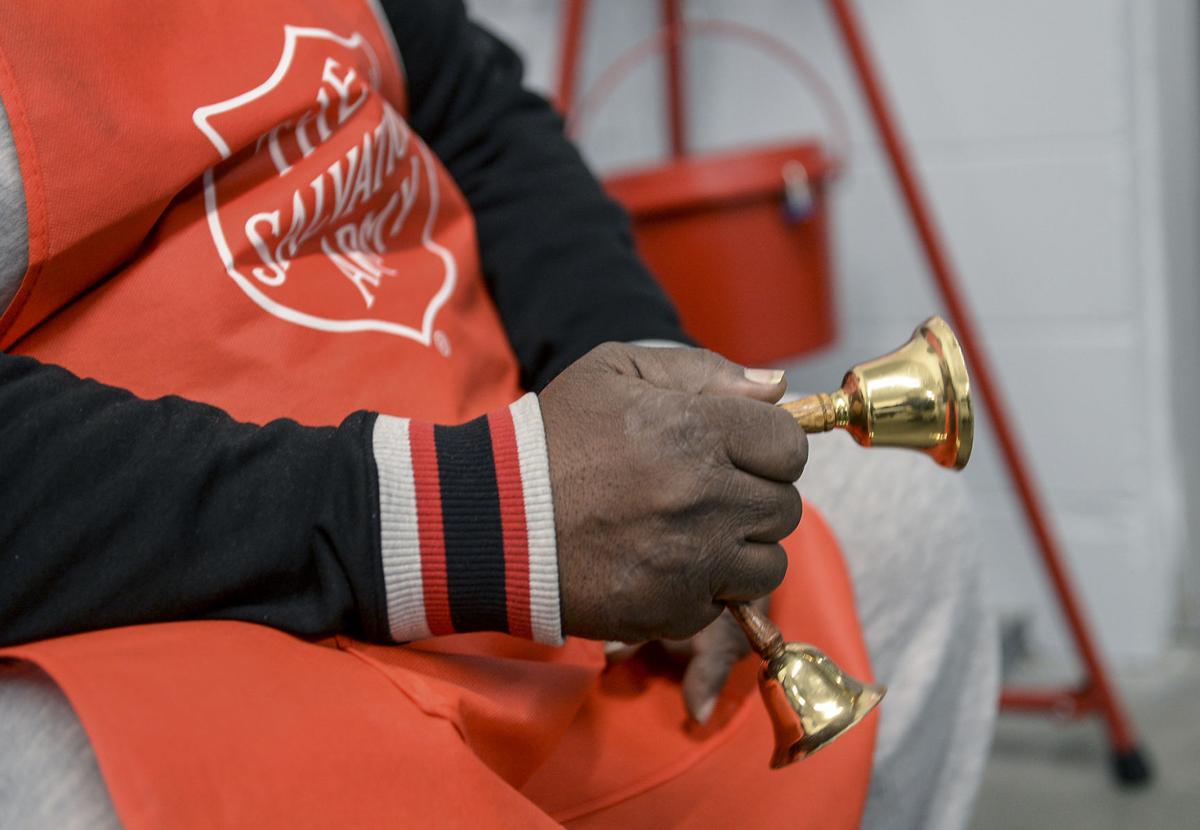 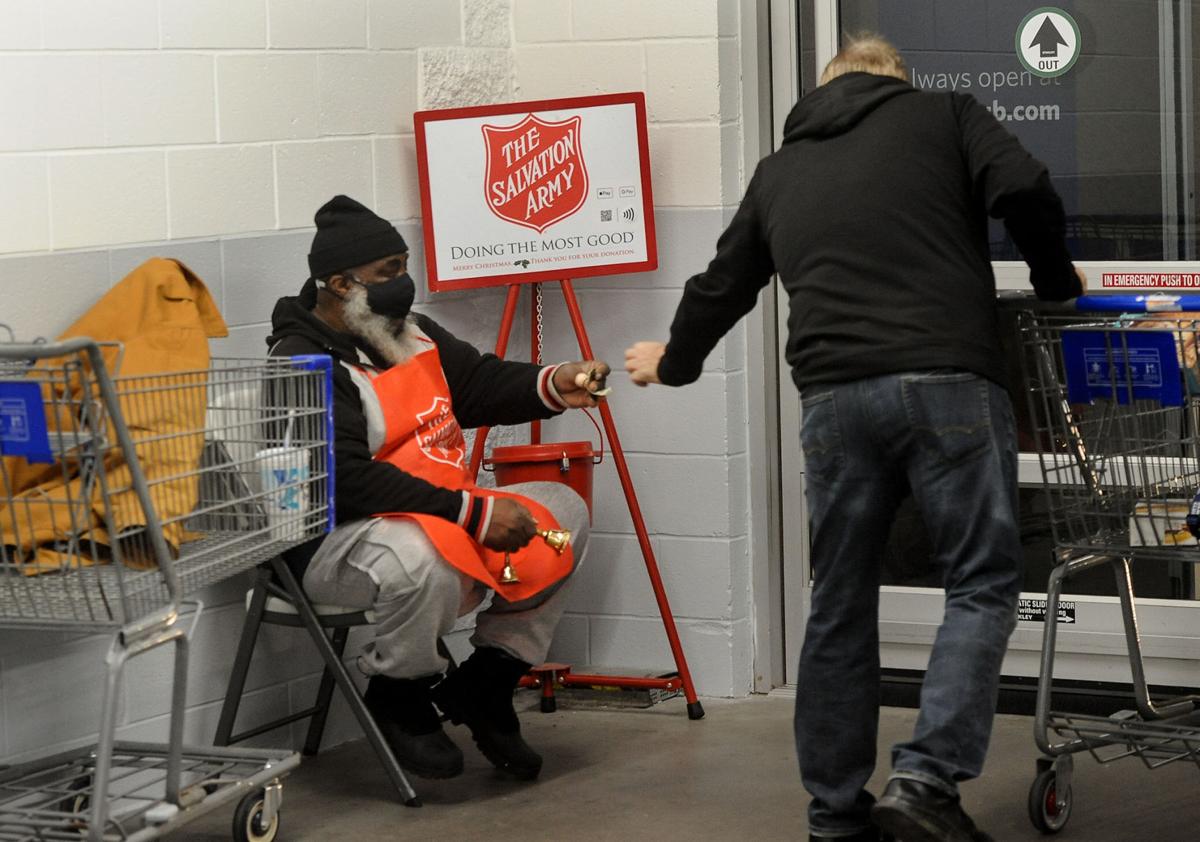 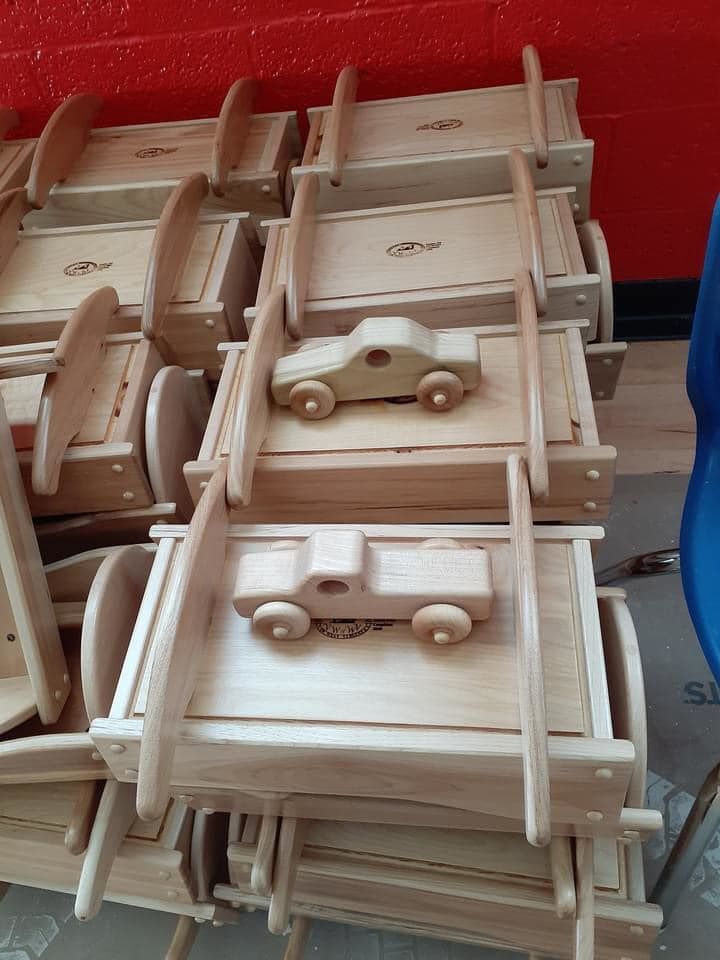 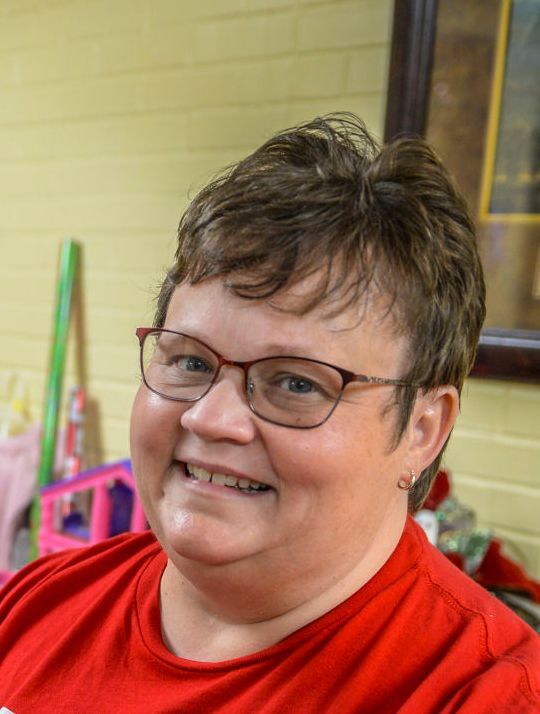 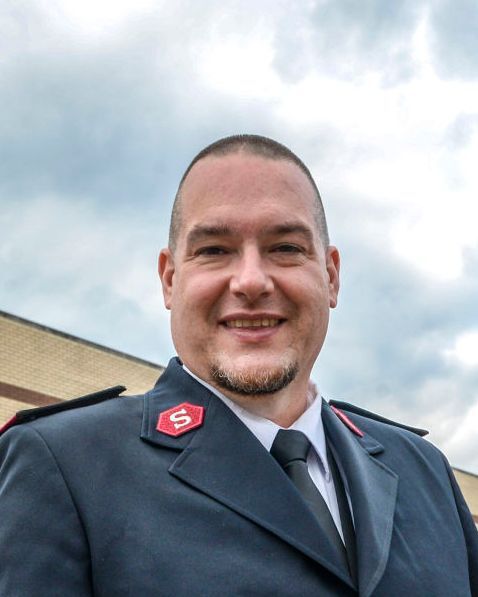 Martin Weibel stands outside Walmart and rings a bell for donations from shoppers for the Salvation Army.

Mike Zion rings his bell as he waits for donations for the Salvation Army outside the entrance to Cabela’s.

The Salvation Army has been a longtime linchpin in helping individuals and families during the Christmas holiday season, and its need has anything but diminished during a season of incessant COVID-19 challenges.

“In a normal year, our Christmas kettle campaign would raise about $126 million,” Hodder said on the podcast. “Our current projection is that we will see a 50% decline in that figure. So we’re trying to find ways by which we can find the missing $60 million.”

Moreover, Hodder said, COVID-19 upheaval has led to more requests for the nonprofit organization’s assistance to meet families’ rent, food, utility and other needs this year. “We currently project that there will be 155% more people coming to the Salvation Army for Christmas assistance this year,” he said.

To address the burgeoning demand, the Salvation Army has shifted to virtual alternatives, as many other organizations have this year, launching an online fundraising campaign at RescueChristmas.org, for instance.

At the start of this month, the Charleston Salvation Army’s Red Kettle program — conducted by bell ringers collecting change and bills outside businesses and other venues — lagged behind its 2019 collection numbers by approximately $8,000. To serve the more than 800 Kanawha Valley families needing assistance this year, an online donation site was established to augment in-person kettle donations: give. virginiasalvationarmy.org.

While this year’s familiar red kettles took on a 21st century element — donations could be made digitally, via cell phone through a camera code on the kettle — COVID-19 trepidation shrank the customary turnout of bell ringers and donors.

“Typically out of 43 sites we have [for the kettles], we work 25 to 30 every day throughout the season,” Brooks Gilliam explained. “This year, we’ve only been able to work between 12 and 17. It’s not just having not having enough workers. Last year, we had 95 volunteer groups and we only had about 10 groups this year.

“The pandemic didn’t so much affect the number of locations, but folks have been afraid of being out around other folks and catching it,” he said.

Brooks Gilliam said the pandemic has also hampered the Salvation Army’s ability to determine just how much was (and wasn’t) given this holiday season. However, a tidy sum has come from an anonymous source (or sources).

“We have regular donors who come along with us every year with our challenge,” he said. “Our data processing on the numbers has moved a lot slower this year, I’m guessing because of the pandemic.”

Since 1978, the Salvation Army of Marion, Monongalia and Preston Counties has been the beneficiary of an annual, anonymous donation of a $1,000 bill at one of its red kettles. Another unknown “Santa” has surpassed that per annum largesse for the Kanawha Valley in 2020, Brooks Gilliam said.

“Every day since we started this year, somebody has put a $100 bill in the same kettle location. We’ve never seen that happen before. It’s really interesting.”

The area Salvation Army was able to collect donations for its yearly Angel Tree Toy Drive held over the past two months. Lori Gilliam announced on Facebook on Dec. 7 that all 1,723 angels were “adopted” to supply toys to Kanawha, Putnam, Roane, Clay, Boone, Logan and Mingo county children this year. Volunteers loaded the toys for distribution on Dec. 17 at Ball Toyota in the Patrick Street Plaza in Charleston.

“For the five Christmases I have been here and done the Angel Tree, there are people I know who are going to call me, like Toyota,” Lori Gilliam said. “I have churches that take angels every year. They’ve always come alongside. Since they couldn’t go shopping this year, they’d come to us and say, ‘Here’s the money for these angels.’ They were just doing it in a different way this year.

“COVID-19 has definitely made a difference,” she said. “We’ve seen big families this year, not just households with two parents and two kids. There are families with four or more kids requesting toys.

“We’re blessed to have partners who come alongside us, such as the malls,” Lori Gilliam said. “In Putnam County, the Church of the Nazarene takes care of those Angels. Walmart and Sheetz provide help, and, just this week, West Virginia American Water Company adopted 20 Angels.

“It’s been a real blessing. The community has been absolutely wonderful this year,” she said.

The Charleston Salvation Army also solicited family sponsorship donations of $50 on its website before Christmas, with each donation subsidizing three days’ worth of food to a local family, on its website.

These sites will have the barrels in place to accept clothing donations through Feb. 26.

Abagail Sloan, one of the LifeBridge Americorps members overseeing with the drive through the Kanawha Valley Collective, said donations have been steady to this point, but “you always need more, because you never know how many warming centers there will be or how many people will need them.”

The Salvation Army of Charleston’s food pantry is open year round, as well, and donations can be made at the West Side location every weekday.

For more information about the Warm Clothing Drive, call 304-346-6638 or email Abagail@kvccoc.org.

Call 304-343-4548 or visit salvationarmycharlestonwv.org to contact the Salvation Army-Boys and Girls Clubs of Charleston. The mailing address for checks, made payable to The Salvation Army, is: Salvation Army, 301 Tennessee Ave., Charleston, WV 25302. Toll-free telephone donations can be made at 1-800-SAL-ARMY (725-2769). Donation links are also available on its Facebook and Twitter pages.