Nassau County Executive Laura Curran, right, speaks at a news conference to discuss a settlement in an opioid trial, Tuesday, July 20, 2021, in Central Islip, N.Y. Suffolk County Executive Steve Bellone is behind her. New York State reached an agreement Tuesday with the distribution companies AmerisourceBergen, Cardinal Health and McKesson to settle an ongoing trial. That deal alone would generate more than $1 billion to abate the damage done by opioids there. The trial is expected to continue, but the settlement leaves only three drug manufacturers as defendants.

FILE - This Aug. 29, 2018, file photo shows an arrangement of Oxycodone pills in New York. A $26 billion settlement between the three biggest U.S. drug distribution companies and drugmaker Johnson & Johnson and thousands of states and municipalities that sued over the toll of the opioid crisis is certainly significant, but it is far from tying a neat bow on the tangle of still unresolved lawsuits surrounding the epidemic.

As a $26 billion settlement over the toll of opioids looms, some public health experts are citing the 1998 agreement with tobacco companies as a cautionary tale of runaway government spending and missed opportunities for saving more lives.

Mere fractions of the $200 billion-plus tobacco settlement have gone toward preventing smoking and helping people quit in many states. Instead, much of the money has helped to balance state budgets, lay fiber-optic cable and repair roads.

And while the settlement was a success in many ways — smoking rates have dropped significantly — cigarettes are still blamed for more than 480,000 American deaths a year.

“We saw a lot of those dollars being spent in ways that didn’t help the population that had been harmed by tobacco,” said Bradley D. Stein, director of the RAND Corporation’s Opioid Policy Center. “And I think it’s critical that the opioid settlement dollars are spent wisely.”

Lawyers for states and local governments and the companies laid out key details of the settlement on Wednesday and said there are provision to make sure the money is used as intended.

The deal calls for the drugmaker Johnson & Johnson to pay up to $5 billion, in addition to billions more from the major national drug distribution companies. AmerisourceBergen and Cardinal Health are each to contribute $6.4 billion. McKesson is to pay $7.9 billion.

Nearly $2 billion of the funds would be reserved for private lawyers who were hired by governments to work on their suits against the industry. State attorney general offices could also keep some of the money.

States — except West Virginia, which has already settled with the companies but could receive more through the deal — will have 30 days to approve the agreements. After that, local governments will have four months to sign on. Each company will decide whether enough jurisdictions agree to the deal to move ahead with it. The more governments sign on, the more the companies will pay.

“While the companies strongly dispute the allegations made in these lawsuits, they believe the proposed settlement agreement and settlement process it establishes ... are important steps toward achieving broad resolution of governmental opioid claims and delivering meaningful relief to communities across the United States,” the distribution companies said in a statement.

Connecticut Attorney General William Tong said it would be the second-biggest cash settlement of its kind in U.S. history behind the tobacco deal in the 1990s.

North Carolina Attorney General Josh Stein said the opioid agreement requires state and local governments to use the vast majority of the money on abatement — and that will be subject to a court order. The deal calls for at least 70% of the money to go to a list of abatement activities such as providing naloxone, a drug that reverses overdoses; helping house homeless people with addictions; or educating the public on the dangers of the drugs, among many other possibilities.

“We all are experiencing the consequences in communities across North Carolina, across the country,” Stein said on a video news conference Wednesday.

Not every state is ready to agree. Washington state Attorney General Bob Ferguson said he would reject the deal as “insufficient” and move ahead with a trial on claims against the distributors scheduled to start in September.

Grant Woods, a former Arizona Attorney General who’s been involved in both the tobacco and opioid lawsuits, said the difference this time is that “everybody wants this money to go towards opioids and abatement around the country”

The deal would be part of the ongoing effort to address the nationwide opioid addiction and overdose crisis. Prescription drugs and illegal ones like heroin and illicitly produced fentanyl have been linked to more than 500,000 deaths in the U.S. since 2000. The number of cases reached a record high in 2020.

If approved, the settlement will likely be the largest of many in the opioid litigation playing out nationwide. It’s expected to bring more than $23 billion to abatement and mitigation efforts to help get treatment for people who are addicted along with other programs to address the crisis. The money would come in 18 annual payments, with the biggest amounts in the next several years.

This is likely to be the biggest group of settlements, but other companies, including OxyContin maker Purdue Pharma, generic drugmaker Mallinckrodt and the consulting firm McKinsey have all reached or nearly reached national settlements over opioids, too. Some drugmakers, smaller distributors and pharmacy companies are still being sued by thousands of government entities.

A group of advocacy organizations, public health experts and others are pushing for governments to sign on to a set of principles for how settlement money should be used. They include establishing a dedicated fund for combating the epidemic with the settlement money and making sure that it doesn’t just replace other funding streams in the budget.

The group has pointed out that many state and local governments have already made cuts to substance use and behavioral health programs because of economic downturn wrought by the coronavirus pandemic. And government officials may be tempted to fill holes in budgets with the money.

Joshua Sharfstein, a vice dean at the Johns Hopkins Bloomberg School of Public Health, said it’s crucial that the money is spent to combat the opioid scourge because the overdose epidemic is raging.

Last year, there were a record 93,000 fatal overdoses from all drugs in the U.S. The majority of them involved fentanyl, a potent synthetic opioid that has medical uses but is also produced illicitly.

Paul Geller, a lawyer representing local governments, said the structure of the settlement ensures the money will be used as intended.

“It won’t be used to fill potholes or build libraries or balance budgets,” Geller said.

Those are the kind of things that a significant portion of the tobacco settlement money has been spent on, according to the Campaign for Tobacco-Free Kids, which tracks the money.

Campaign President Matthew L. Myers said the tobacco settlement is “one of the greatest missed public health opportunities of our lifetime.”

“We would have saved massively more lives,” he said if more money was spent on cessation and prevention.

The settlement was the result of states wanting to recoup health care costs associated with tobacco-related illnesses, while alleging the industry misled the public.

Joelle Lester, director of commercial tobacco control programs at the Public Health Law Center in Minnesota, said the tobacco settlement was “both a huge success and a cautionary tale.”

It led to rising cigarette prices, which caused smoking rates to drop. Marketing, particularly to kids, was curtailed. And adult smoking fell from 24.1% in 1998 to 13.7% in 2018, according to the American Lung Association.

But the money that was diverted could still have made a bigger difference, she said.

“The folks negotiating these settlements have to keep their focus on the destruction to health and communities caused,” she said of industry settlements in general. “Every element of the settlement should either try to remediate the harm caused or prevent it from continuing.”

A federal judge has ruled that a Harrison County transgender girl can, at least for now, play on the girls teams at her school, despite the Republican-dominated state Legislature passing a law this year to ban that.

Heather Jackson filed a lawsuit in May, saying her 11-year-old daughter, Becky Pepper-Jackson, wanted to try out for the cross-country and track teams for the upcoming school year.

U.S. District Judge Joseph Goodwin granted Wednesday a preliminary injunction to stop the enforcement of the law against just Pepper-Jackson while the case continues.

“Whether the law is facially unconstitutional is an issue raised in the Complaint and will be resolved at a later stage of litigation,” he wrote.

The law took effect this month.

“At this point, I have been provided with scant evidence that this law addresses any problem at all, let alone an important problem,” Goodwin wrote. “When the government distinguishes between different groups of people, those distinctions must be supported by compelling reasons.”

He wrote that he was issuing the preliminary injunction because the plaintiffs are likely to ultimately win their arguments that the law is unconstitutional “as it applies to her” and that it violates Title IX, the landmark federal law banning sex-based discrimination.

“It is clearly in the public interest to uphold B.P.J.’s constitutional right to not be treated any differently than her similarly situated peers because any harm to B.P.J.’s personal rights is a harm to the share of American rights that we all hold collectively,” Goodwin wrote, using Pepper-Jackson’s initials. “The right not to be discriminated against by the government belongs to all of us in equal measure. It is that communal and shared ownership of freedom that makes up the American ideal.”

These defendants responded, in part, by saying they can’t be held liable for an anti-transgender law they didn’t ask for and largely won’t be responsible for enforcing.

They also didn’t publicly speak out against it.

Since the suit was filed, the state itself and Republican Attorney General Patrick Morrisey were added as defendants, after the state moved to intervene in the case and Goodwin allowed that.

Goodwin was nominated to his judgeship by former president Bill Clinton, and he’s the father of Booth Goodwin, who’s the husband of Charleston Mayor Amy Goodwin and part of a family with a history of Democratic Party leadership. 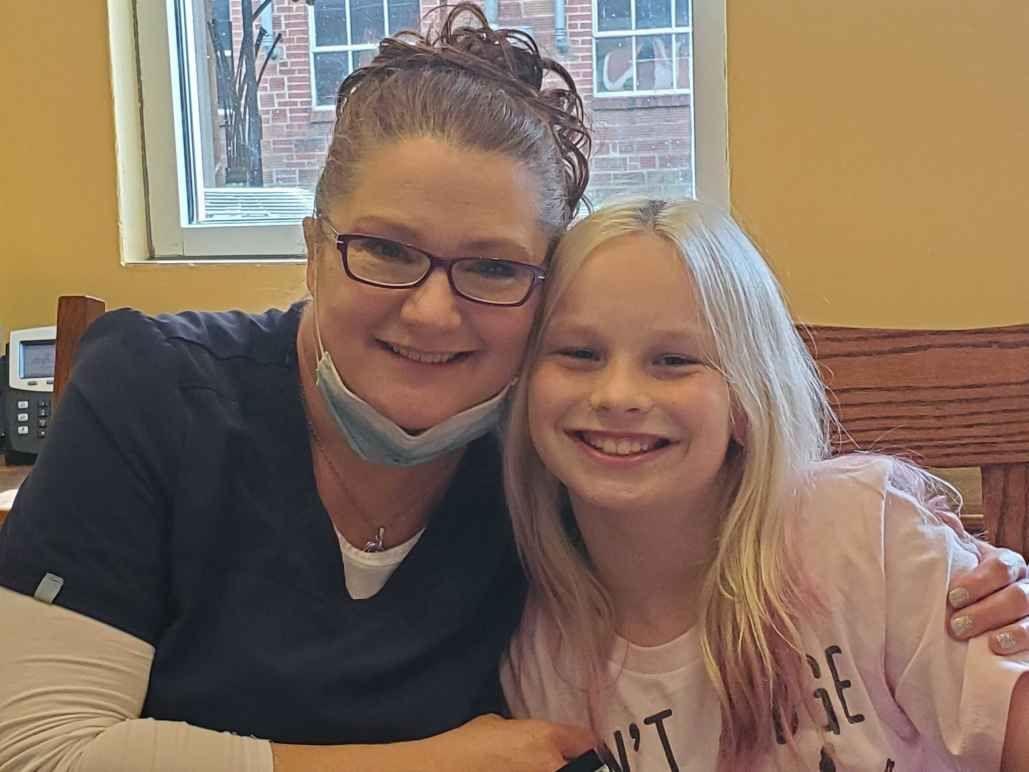