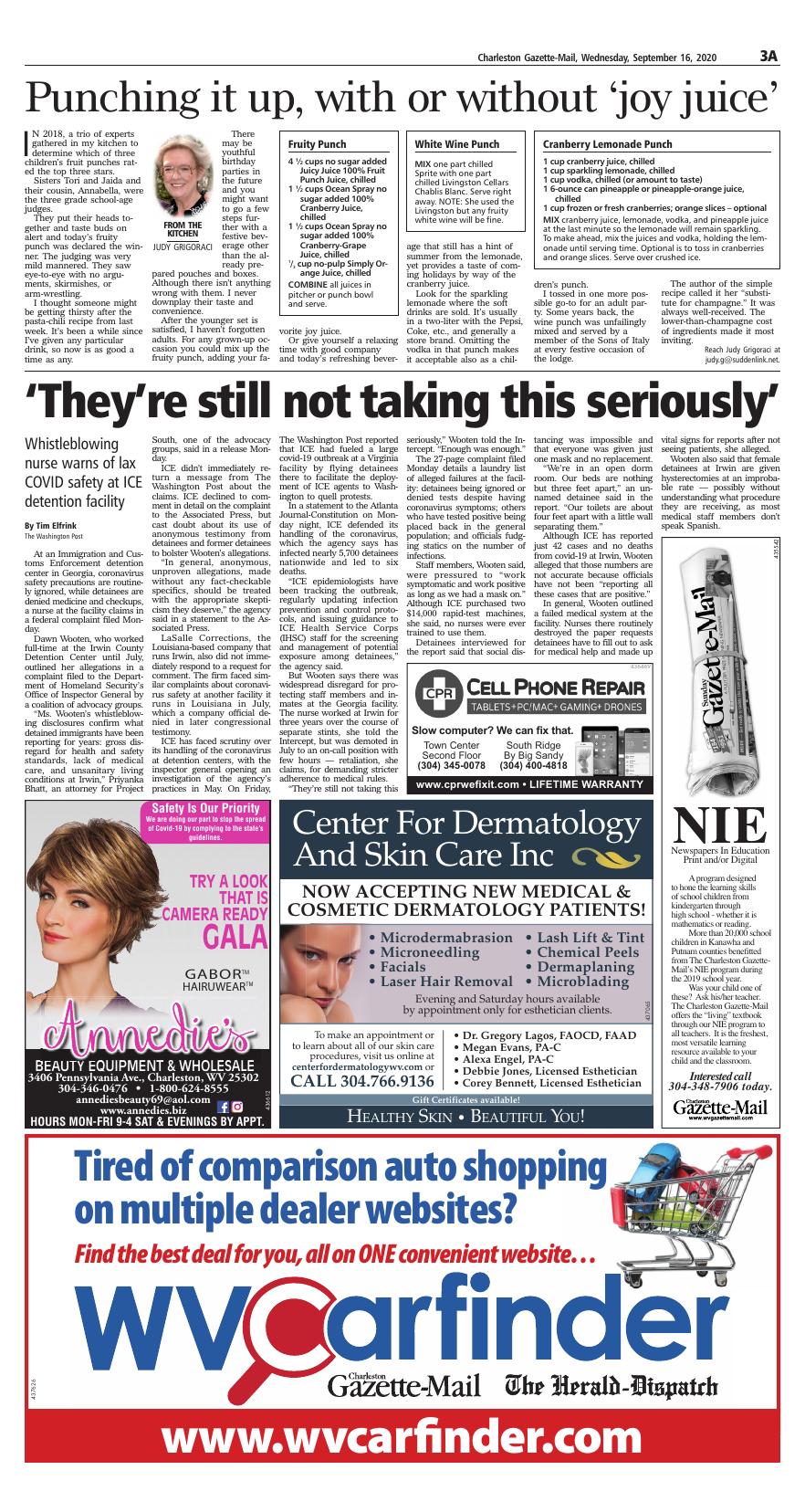 In 2018, a trio of experts gathered in my kitchen to determine which of three children’s fruit punches rated the top three stars.

Sisters Tori and Jaida and their cousin, Annabella, were the three grade school-age judges.

They put their heads together and taste buds on alert and today’s fruity punch was declared the winner. The judging was very mild mannered. They saw eye-to-eye with no arguments, skirmishes, or arm-wrestling.

I thought someone might be getting thirsty after the pasta-chili recipe from last week. It’s been a while since I’ve given any particular drink, so now is as good a time as any.

There may be youthful birthday parties in the future and you might want to go a few steps further with a festive beverage other than the already prepared pouches and boxes. Although there isn’t anything wrong with them. I never downplay their taste and convenience.

After the younger set is satisfied, I haven’t forgotten adults. For any grown-up occasion you could mix up the fruity punch, adding your favorite joy juice.

Or give yourself a relaxing time with good company and today’s refreshing beverage that still has a hint of summer from the lemonade, yet provides a taste of coming holidays by way of the cranberry juice.

Look for the sparkling lemonade where the soft drinks are sold. It’s usually in a two-liter with the Pepsi, Coke, etc., and generally a store brand. Omitting the vodka in that punch makes it acceptable also as a children’s punch.

I tossed in one more possible go-to for an adult party. Some years back, the wine punch was unfailingly mixed and served by a member of the Sons of Italy at every festive occasion of the lodge.

The author of the simple recipe called it her “substitute for champagne.” It was always well-received. The lower-than-champagne cost of ingredients made it most inviting.

MIX cranberry juice, lemonade, vodka, and pineapple juice at the last minute so the lemonade will remain sparkling. To make ahead, mix the juices and vodka, holding the lemonade until serving time. Optional is to toss in cranberries and orange slices. Serve over crushed ice.

COMBINE all juices in pitcher or punch bowl and serve.

At an Immigration and Customs Enforcement detention center in Georgia, coronavirus safety precautions are routinely ignored, while detainees are denied medicine and checkups, a nurse at the facility claims in a federal complaint filed Monday.

Dawn Wooten, who worked full-time at the Irwin County Detention Center until July, outlined her allegations in a complaint filed to the Department of Homeland Security’s Office of Inspector General by a coalition of advocacy groups.

“Ms. Wooten’s whistleblowing disclosures confirm what detained immigrants have been reporting for years: gross disregard for health and safety standards, lack of medical care, and unsanitary living conditions at Irwin,” Priyanka Bhatt, an attorney for Project South, one of the advocacy groups, said in a release Monday.

ICE didn’t immediately return a message from The Washington Post about the claims. ICE declined to comment in detail on the complaint to the Associated Press, but cast doubt about its use of anonymous testimony from detainees and former detainees to bolster Wooten’s allegations.

“In general, anonymous, unproven allegations, made without any fact-checkable specifics, should be treated with the appropriate skepticism they deserve,” the agency said in a statement to the Associated Press.

LaSalle Corrections, the Louisiana-based company that runs Irwin, also did not immediately respond to a request for comment. The firm faced similar complaints about coronavirus safety at another facility it runs in Louisiana in July, which a company official denied in later congressional testimony.

ICE has faced scrutiny over its handling of the coronavirus at detention centers, with the inspector general opening an investigation of the agency’s practices in May. On Friday, The Washington Post reported that ICE had fueled a large covid-19 outbreak at a Virginia facility by flying detainees there to facilitate the deployment of ICE agents to Washington to quell protests.

In a statement to the Atlanta Journal-Constitution on Monday night, ICE defended its handling of the coronavirus, which the agency says has infected nearly 5,700 detainees nationwide and led to six deaths.

“ICE epidemiologists have been tracking the outbreak, regularly updating infection prevention and control protocols, and issuing guidance to ICE Health Service Corps (IHSC) staff for the screening and management of potential exposure among detainees,” the agency said.

But Wooten says there was widespread disregard for protecting staff members and inmates at the Georgia facility. The nurse worked at Irwin for three years over the course of separate stints, she told the Intercept, but was demoted in July to an on-call position with few hours — retaliation, she claims, for demanding stricter adherence to medical rules.

“They’re still not taking this seriously,” Wooten told the Intercept. “Enough was enough.”

The 27-page complaint filed Monday details a laundry list of alleged failures at the facility: detainees being ignored or denied tests despite having coronavirus symptoms; others who have tested positive being placed back in the general population; and officials fudging statics on the number of infections.

Staff members, Wooten said, were pressured to “work symptomatic and work positive as long as we had a mask on.” Although ICE purchased two $14,000 rapid-test machines, she said, no nurses were ever trained to use them.

Detainees interviewed for the report said that social distancing was impossible and that everyone was given just one mask and no replacement.

“We’re in an open dorm room. Our beds are nothing but three feet apart,” an unnamed detainee said in the report. “Our toilets are about four feet apart with a little wall separating them.”

Although ICE has reported just 42 cases and no deaths from covid-19 at Irwin, Wooten alleged that those numbers are not accurate because officials have not been “reporting all these cases that are positive.”

In general, Wooten outlined a failed medical system at the facility. Nurses there routinely destroyed the paper requests detainees have to fill out to ask for medical help and made up vital signs for reports after not seeing patients, she alleged.

Wooten also said that female detainees at Irwin are given hysterectomies at an improbable rate — possibly without understanding what procedure they are receiving, as most medical staff members don’t speak Spanish.

“These immigrant women, I don’t think they really, totally, all the way understand this is what’s going to happen depending on who explains it to them,” she said.

The report did not detail any detainees who said they had received a hysterectomy against their will; one woman anonymously quoted in the complaint said that she was scheduled for the procedure without her consent but that it was canceled when she tested positive for covid-19.

Concerned about that allegation, Georgia House Minority Leader Robert Trammell Jr., D-Luthersville, sent a letter to the state’s medical and nursing boards on Monday asking them to suspend the licenses of any practitioners implicated by the complaint until a full investigation can be done. 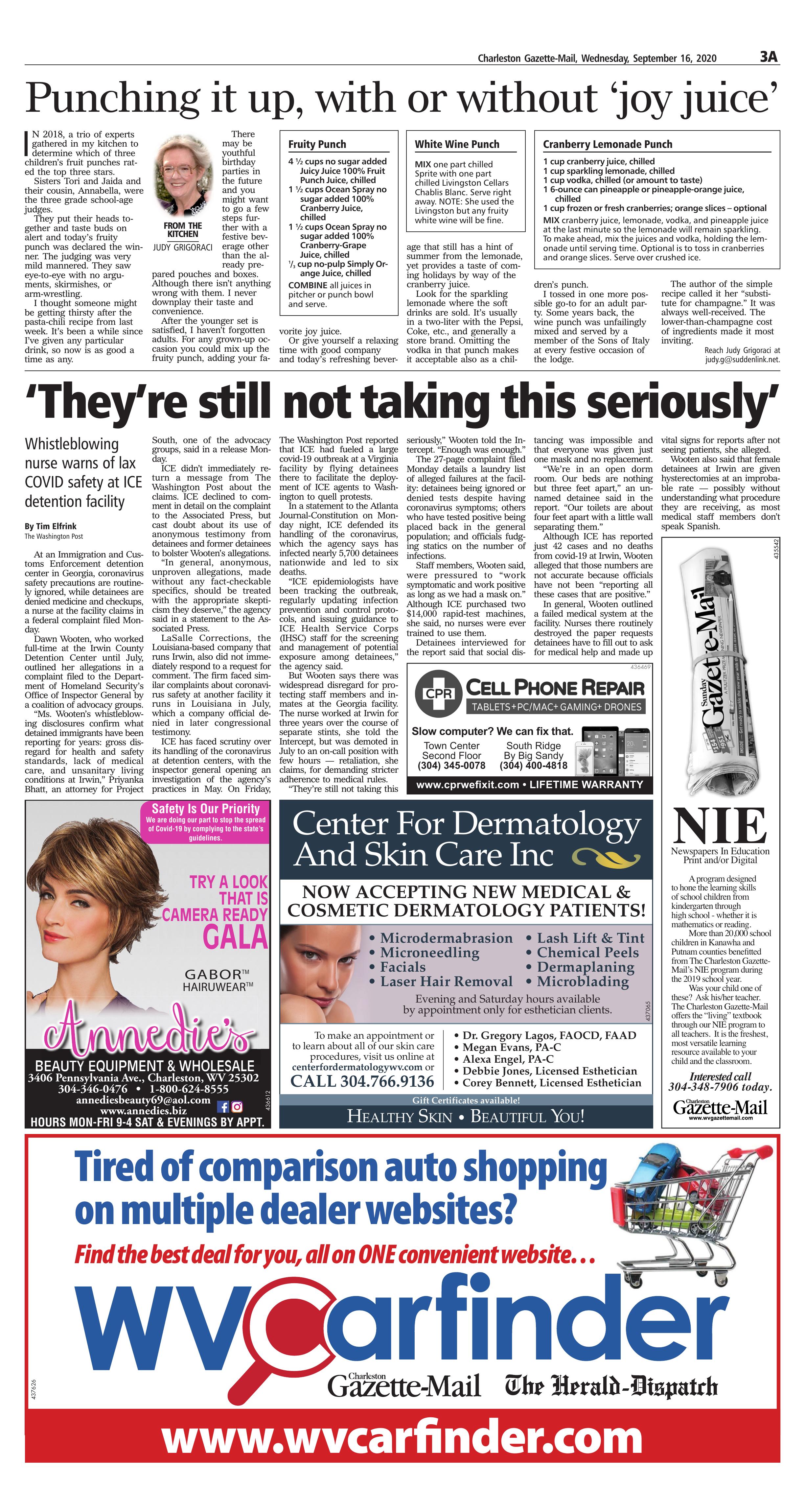