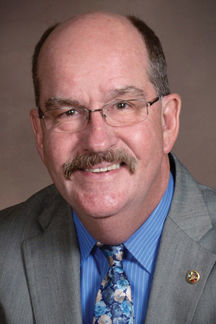 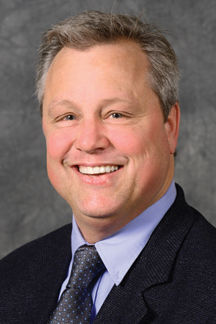 Delegate Bill Hamilton, R-Upshur, said he believes a combination of support from teachers, school service personnel and union members, along with voters’ irritation with his opponent’s relentlessly negative campaign, led to his sweeping victory Tuesday in the 11th Senatorial District Republican primary.

“This was a good win. I was a little surprised by the margin,” Hamilton said Wednesday.

He carried all 61/2 counties that make up the sprawling 11th District in the Potomac Highlands region.

Hamilton added, “He ran a very negative race against me. I was wondering if I was going to need to wear a suit made of Kevlar.”

Karnes could not be reached for comment Wednesday, but in a statement placed on his Facebook page, he blamed a large influx of “far left” voters for his defeat.

“For voters this was a tough choice filled with an enormous amount of misinformation, but the majority of Republicans and conservatives saw through that misinformation and we won more votes in this primary than in the last by a large number,” Karnes stated. (Karnes’ 3,470 votes on Tuesday exceeded the total he received in the 2014 primary by 143 votes, or about 4 percent.)

“What we couldn’t anticipate was the large influx, more than 2,500, of the far left into a Republican primary. We have open primaries and this is always a possibility. It’s how RINO’s get elected,” Karnes added, using the acronym for “Republicans in name only.”

Hamilton disputed that claim, noting that, in Upshur County, just 71 voters changed their registrations from Democrat to independent prior to the election, presumably to be able to vote in the GOP primary.

However, he added, “I really want to thank teachers and school service personnel, and my union buddies. They all got behind me, and they’re staying behind me in the fall.”

Long backed by union support, Hamilton was one of a handful of Republicans in the Legislature to oppose right-to-work legislation, as well as the repeal of prevailing wage laws for state-funded construction projects.

Political observers pointed to the Hamilton-Karnes race as a potential bellwether for the November general election, pitting a moderate Republican with union backing against one of the most conservative members of the Senate, one who frequently sparred with unions, including the two teacher unions during the nine-day walkout.

“It wasn’t just that Hamilton won. It’s that he won in a landslide,” Rupp said. “It means you can be a moderate Republican who’s willing to compromise, instead of a contentious politician who’s always confrontational, and you still can get elected.”

Rupp said Hamilton’s victory could be a sign that voters are growing weary of the confrontational, no-compromise style of politics that has been predominant in Charleston and Washington, D.C., of late.

Besides the support from teachers and unions, Hamilton said he believes voters simply got fed up with Karnes’ relentlessly negative campaign that tried to peg Hamilton, a nine-term delegate from conservative Upshur County, as a liberal backed by prominent Democrats.

Karnes ramped up that campaign in the final days of the race, inundating voters with direct-mail flyers and spots on cable television.

Hamilton said the final straw might have been automated robo-calls over the weekend claiming that he would “take your guns” — a claim based on Hamilton’s vote against no-permit concealed-carry legislation.

“I’ve always been pro-gun, but I’ve also got a little bit of sense about me when it comes to gun safety,” Hamilton, who has taught gun safety classes for 28 years, said of his vote against allowing people to conceal weapons without safety training.

Hamilton, who did not waiver in his pledge to run a positive campaign despite the attacks, said he is grateful that voters saw through Karnes’ allegations.

“It’s humbling to face adversity like this and to come out with a win,” Hamilton said.

In his statement, Karnes said he looks forward to spending more time with his family and focusing on growing his businesses. Karnes’ primary business is a communications tech support outfit headquartered in Longwood, Florida.

“It has been an honor to be a part of the change that is sweeping over West Virginia,” Karnes stated. “We’ve made changes that will not be undone.”

“I hope he enjoys his retirement in Florida,” Hamilton commented, referring to issues raised about Karnes’ residency — issues that Hamilton opted not to raise during the campaign.