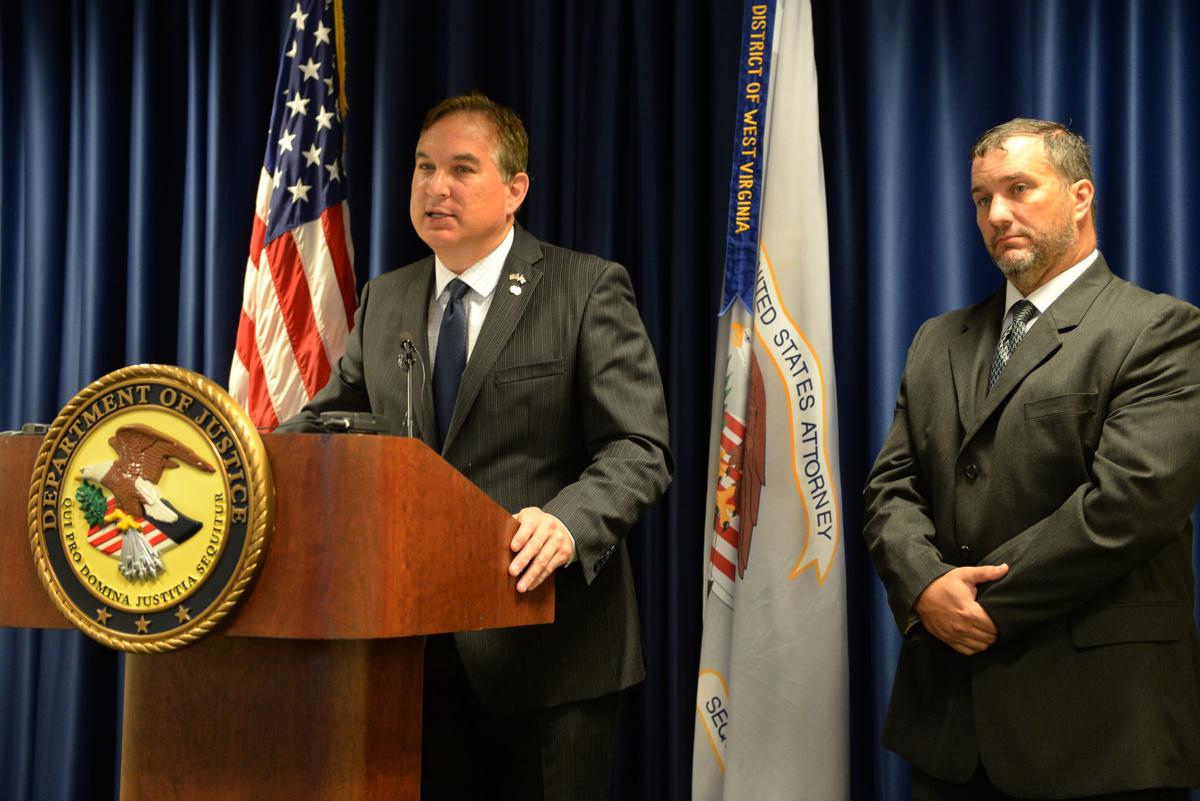 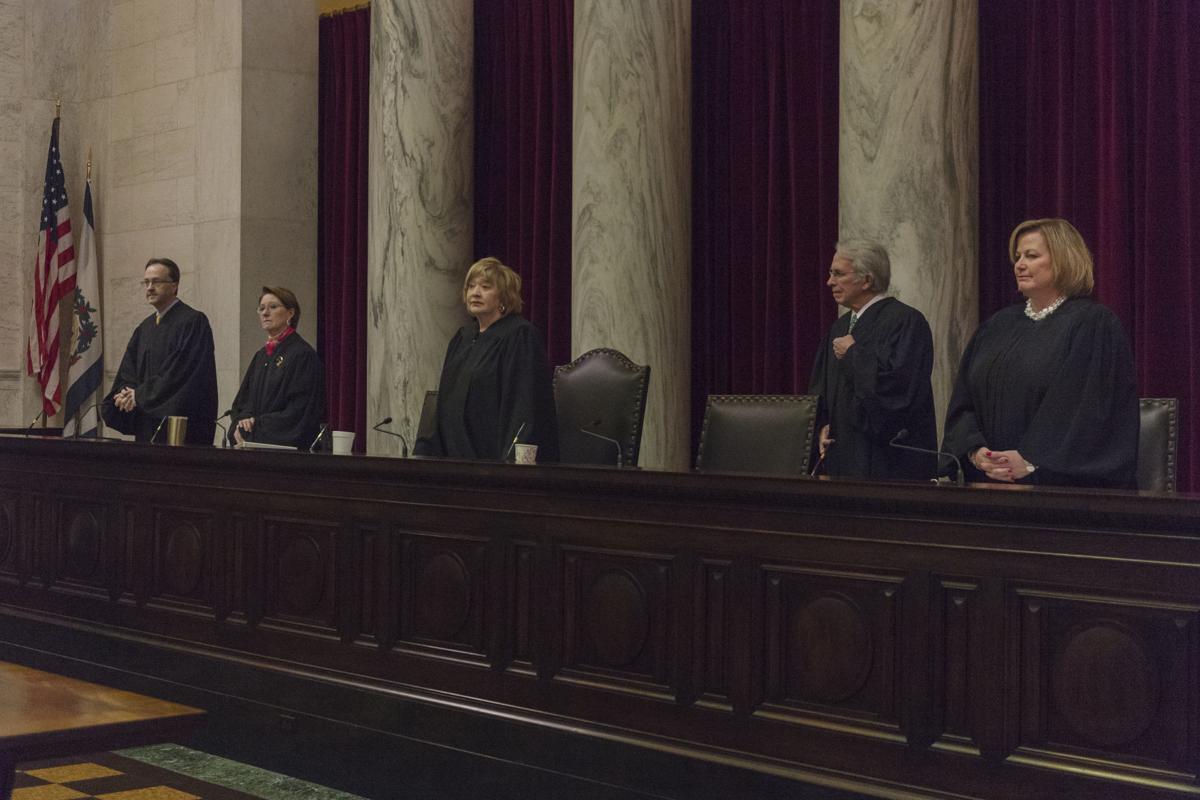 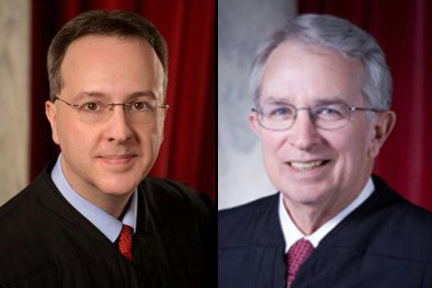 Allen Loughry (left) and Menis Ketchum each face federal charges for their conduct while justices of the West Virginia Supreme Court. Loughry has been charged with 23 counts including fraud, witness tampering and obstruction of justice. Ketchum allegedly defrauded West Virginia taxpayers with his use of a state vehicle for personal reasons. 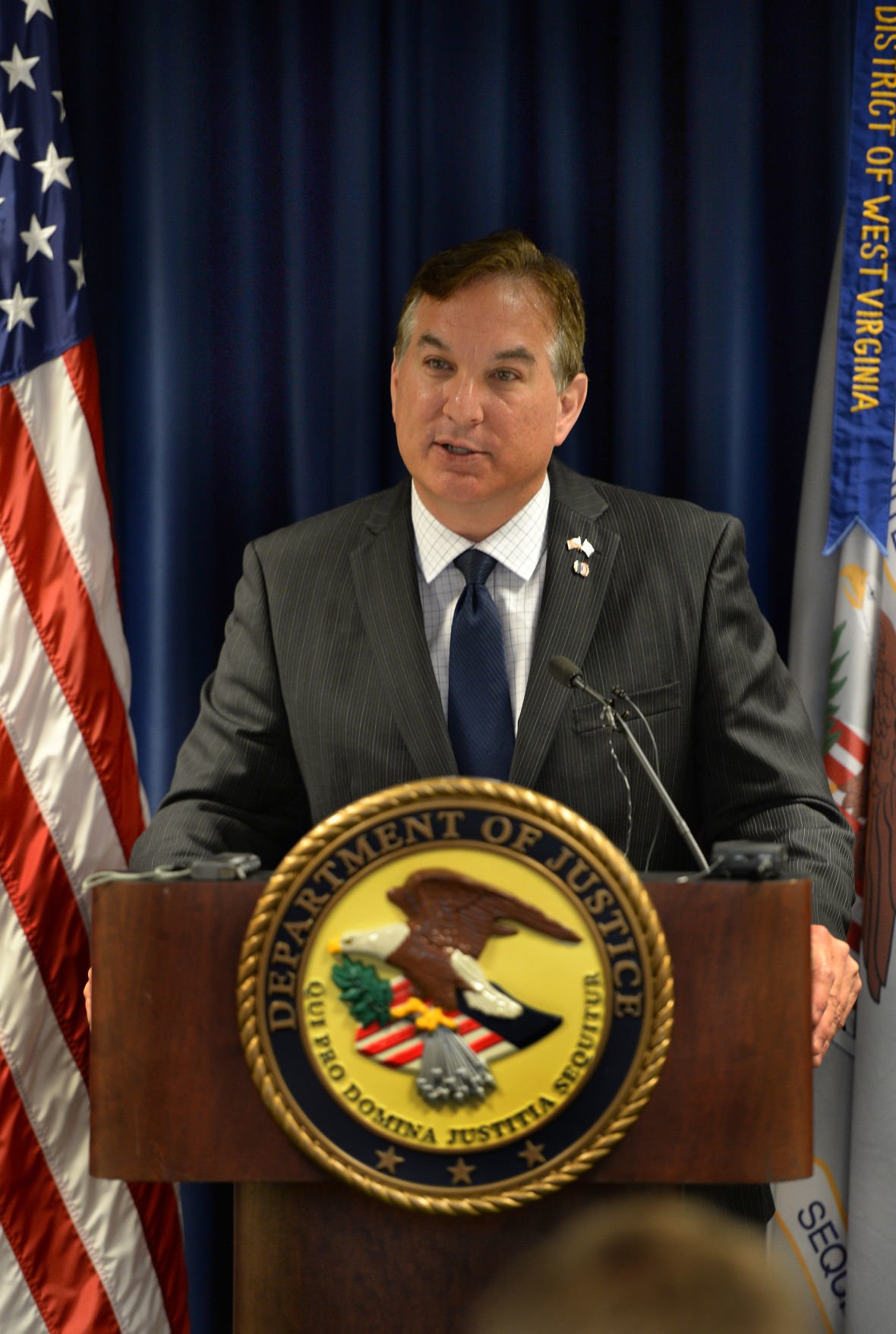 Allen Loughry (left) and Menis Ketchum each face federal charges for their conduct while justices of the West Virginia Supreme Court. Loughry has been charged with 23 counts including fraud, witness tampering and obstruction of justice. Ketchum allegedly defrauded West Virginia taxpayers with his use of a state vehicle for personal reasons.

Ketchum, 75, agreed to plead guilty to one count of wire fraud as part of a plea deal with federal prosecutors, U.S. Attorney Mike Stuart said Tuesday.

Stuart and Assistant U.S. Attorney Anna Forbes filed an information against Ketchum Tuesday. An information is a way of bringing charges against a person in court. It cannot be filed without a defendant’s consent, and it usually indicates the defendant is cooperating with prosecutors.

At a news conference Tuesday, Stuart said the charge carries a maximum sentence of 20 years in prison and a $250,000 fine. He said Ketchum “stepped up and owned his illegal activity.”

“Justice Ketchum did the right thing for doing the wrong thing,” Stuart said.

Stuart would not say if Ketchum’s resignation was part of the agreement with prosecutors, but he said Ketchum’s agreement was “a standard plea deal.”

The next step in Ketchum’s case will be a hearing during which he is expected to plead guilty to the charge based on the plea deal, Stuart said. That hearing had not been set as of Tuesday afternoon, according to records in federal district court.

Stuart said Ketchum’s plea agreement, as well as the stipulation of facts, a statement of Ketchum’s criminal activity, would be publicly available.

Justice Allen Loughry was indicted June 19 on 22 counts that include fraud, making false statements to a federal agent and witness tampering. A federal grand jury on July 17 added a 23rd charge, obstruction of justice. Loughry, who has been suspended from the court since June 8, has pleaded not guilty to the charges.

During the news conference announcing the indictment against Loughry, Stuart said federal investigators were investigating the entire Supreme Court and not focusing on any one justice or staff member.

Ketchum used a state-owned vehicle to commute from his home in Huntington to the court in Charleston starting in 2012, according to the information filed Tuesday. He also charged the state for the gas he used, according to prosecutors. The vehicle, a 2007 Buick Lucerne, was supposed to be used only for business.

Ketchum also used the car to travel to a “private golf club in western Virginia,” according to the information.

“Defendant Menis E. Ketchum II knew that he was not authorized to use the Buick Lucerne nor was he authorized to charge his fuel costs to the State of West Virginia because this travel was entirely for personal and recreational reasons,” Forbes wrote.

In April, legislative auditors found Ketchum to have used a Supreme Court vehicle to commute to and from work between January 2012 and June 2016, tallying a total of 78,243 miles. The audit noted there was a practice among some state agencies to allow certain employees to use state vehicles for their work commutes.

Ketchum has reimbursed the state $1,079 for golf trips to Virginia he took in the vehicle.

Members of the House Judiciary Committee have been hearing evidence on Supreme Court justices’ conduct as they consider whether to impeach any of the justices, although the legislators are taking a break this week. The House resolution allowing them to impeach justices encompassed every justice on the court, although much of the testimony so far has focused on Loughry.

In addition to the federal criminal charges against him, Loughry faces 32 state charges of violating West Virginia’s Code of Judicial Conduct. Those charges were brought against him by the state Judicial Investigation Commission on June 6. Two days later, Loughry was suspended from the Supreme Court.

Ketchum was elected to the court in 2008 as a Democrat, before West Virginia adopted nonpartisan judicial elections. He served one-year terms as chief justice in 2012 and 2016.

Ketchum’s resignation means he can’t be impeached, but evidence about his alleged misconduct still may be presented during the legislative hearings, if it relates to the activity of the Supreme Court as a whole.

Ketchum’s resignation from the court came with more than two years left on his term, which expires in 2020. On Monday, state officials announced that the election to fill the last two years of his term will take place during the Nov. 6 general election. Candidates have from Aug. 6 to Aug. 21 to file for that seat.

Under state law, Gov. Jim Justice is responsible for appointing a justice to serve on an interim basis until the election. The West Virginia Judicial Vacancy Commission will collect applications and conduct interviews for the vacancy and submit its recommendations to the governor to make his appointment.

The court’s three other justices are Margaret Workman, Robin Davis and Beth Walker.

Man kills 6, then self, at Colorado birthday party shooting