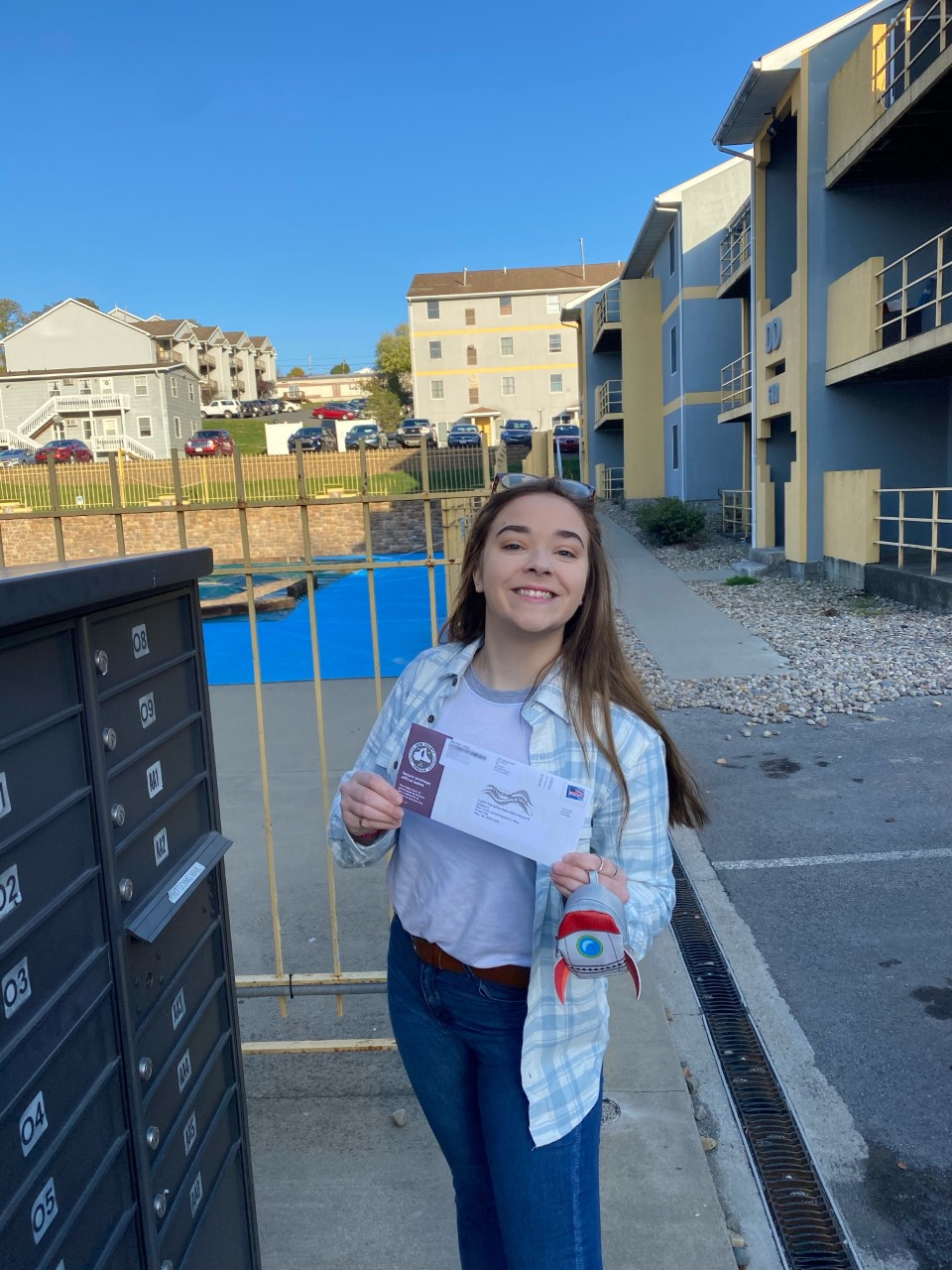 Cassandra Isom, a 19-year-old West Virginia University student, prepares to mail off her absentee ballot for her first election. 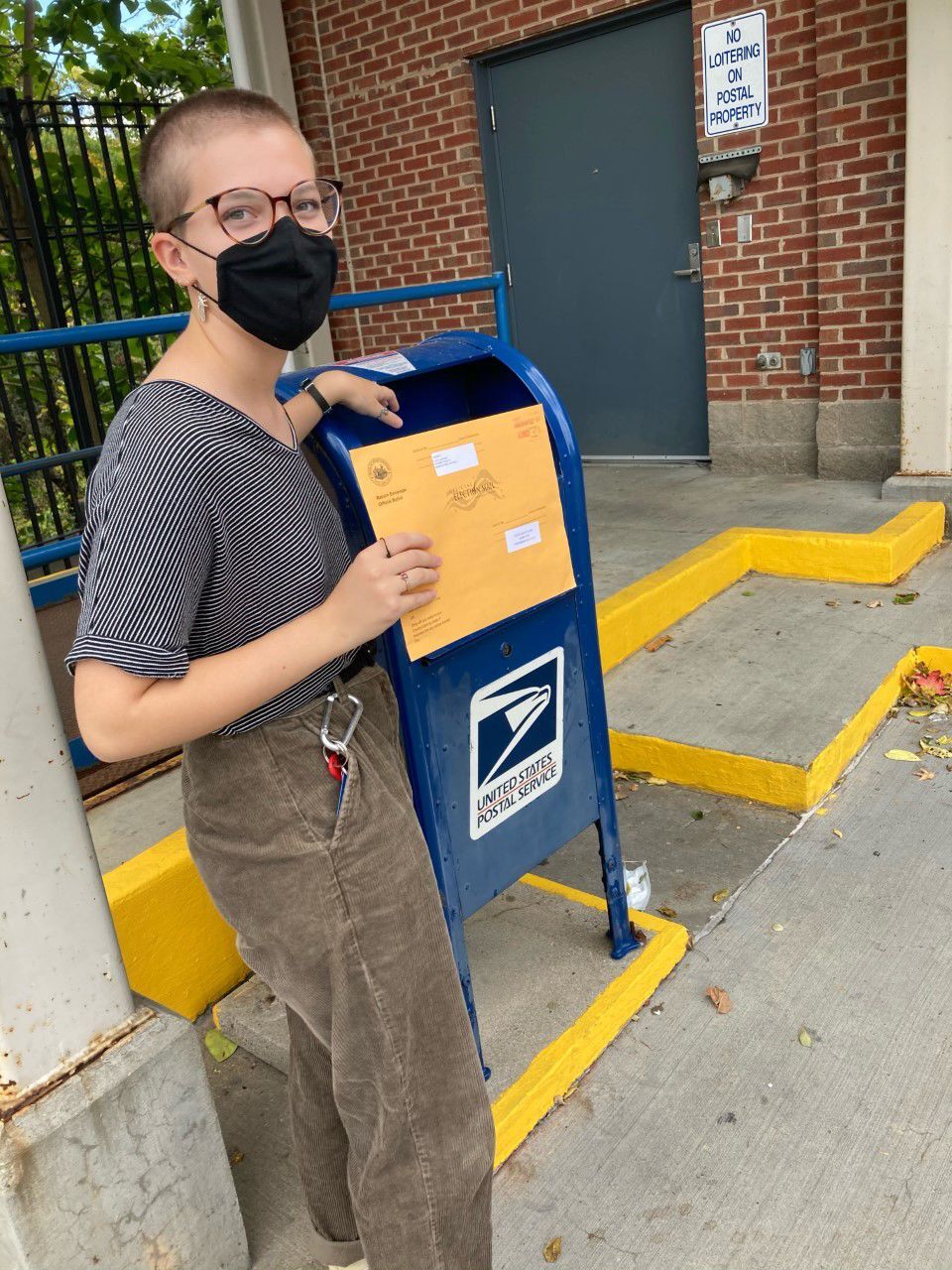 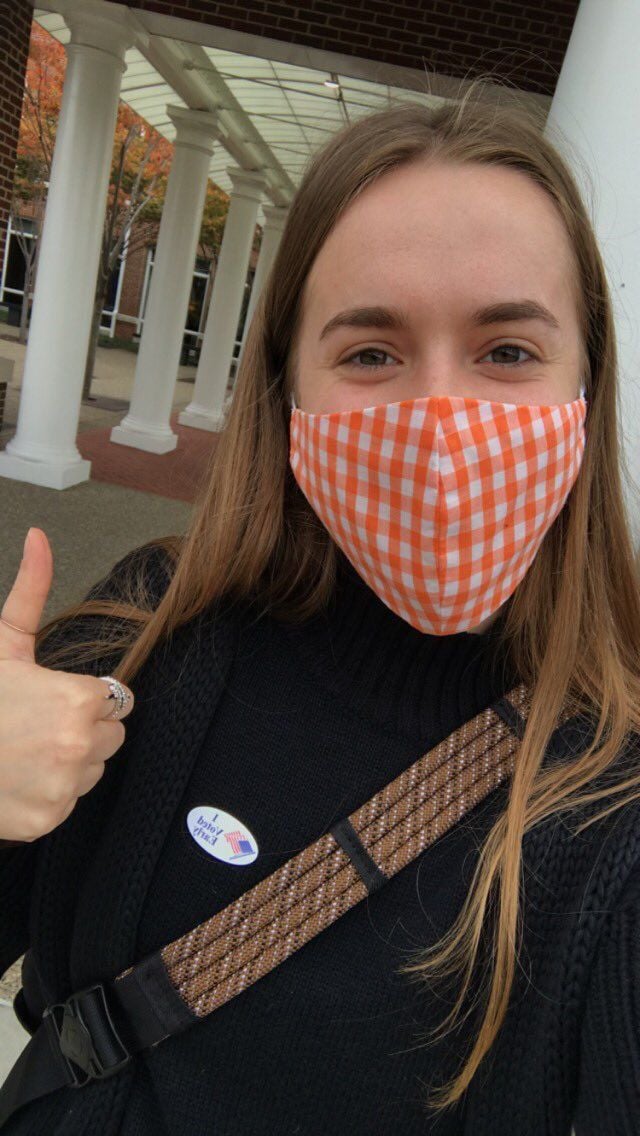 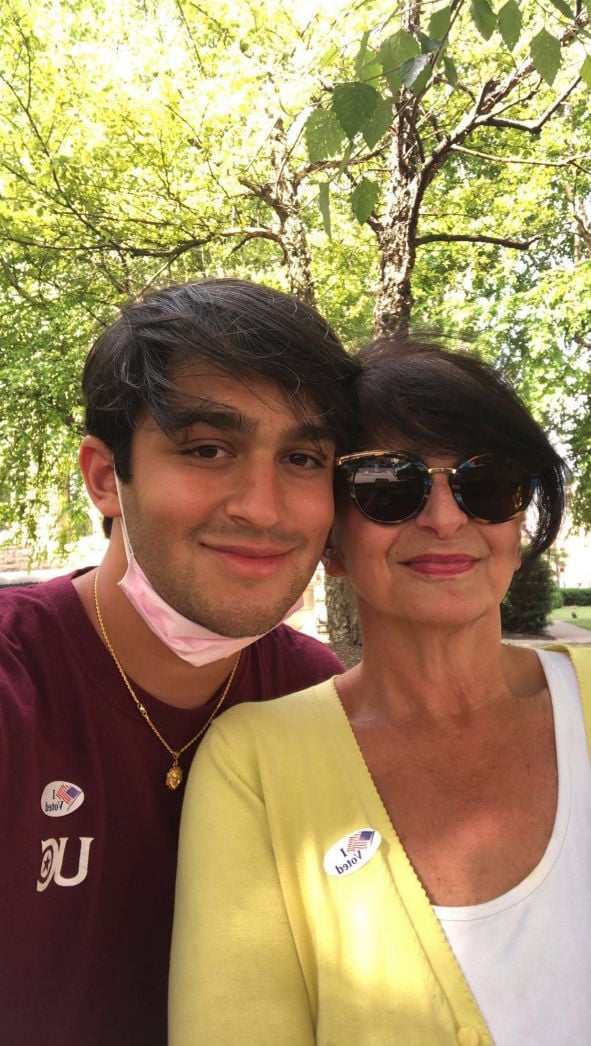 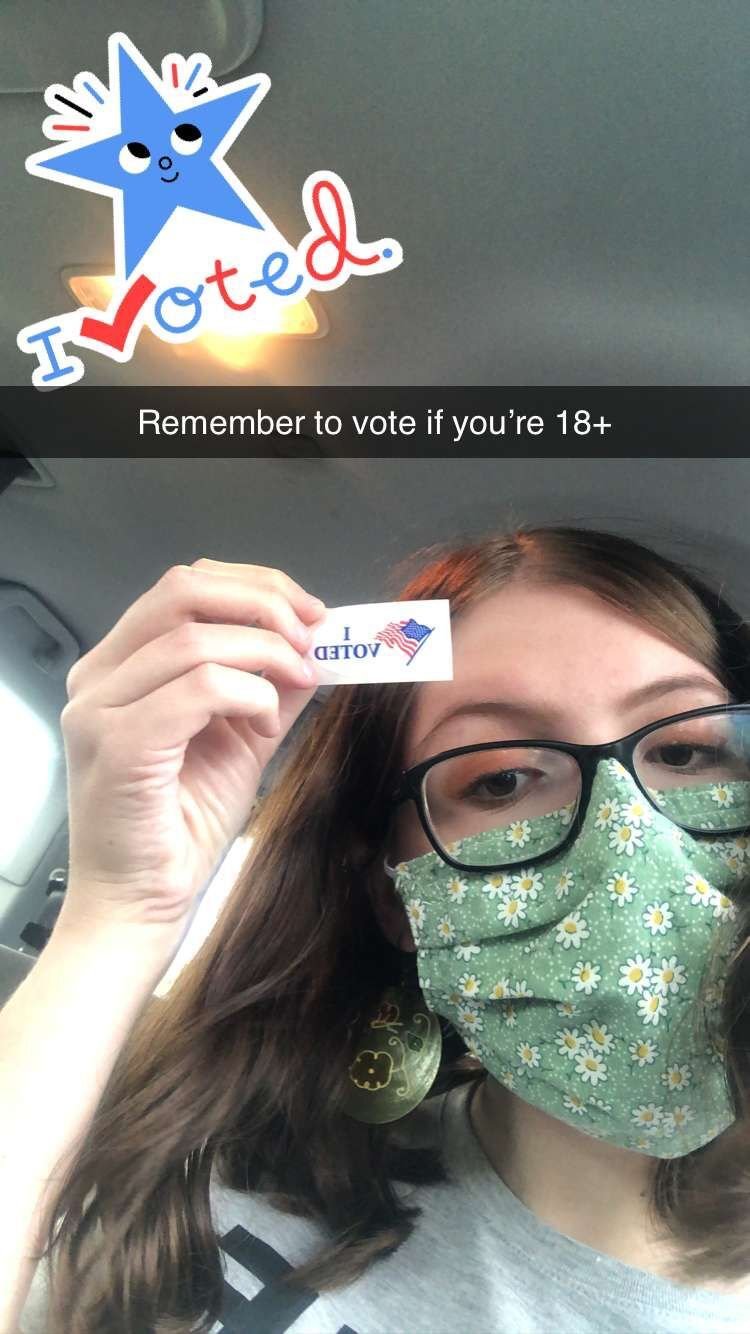 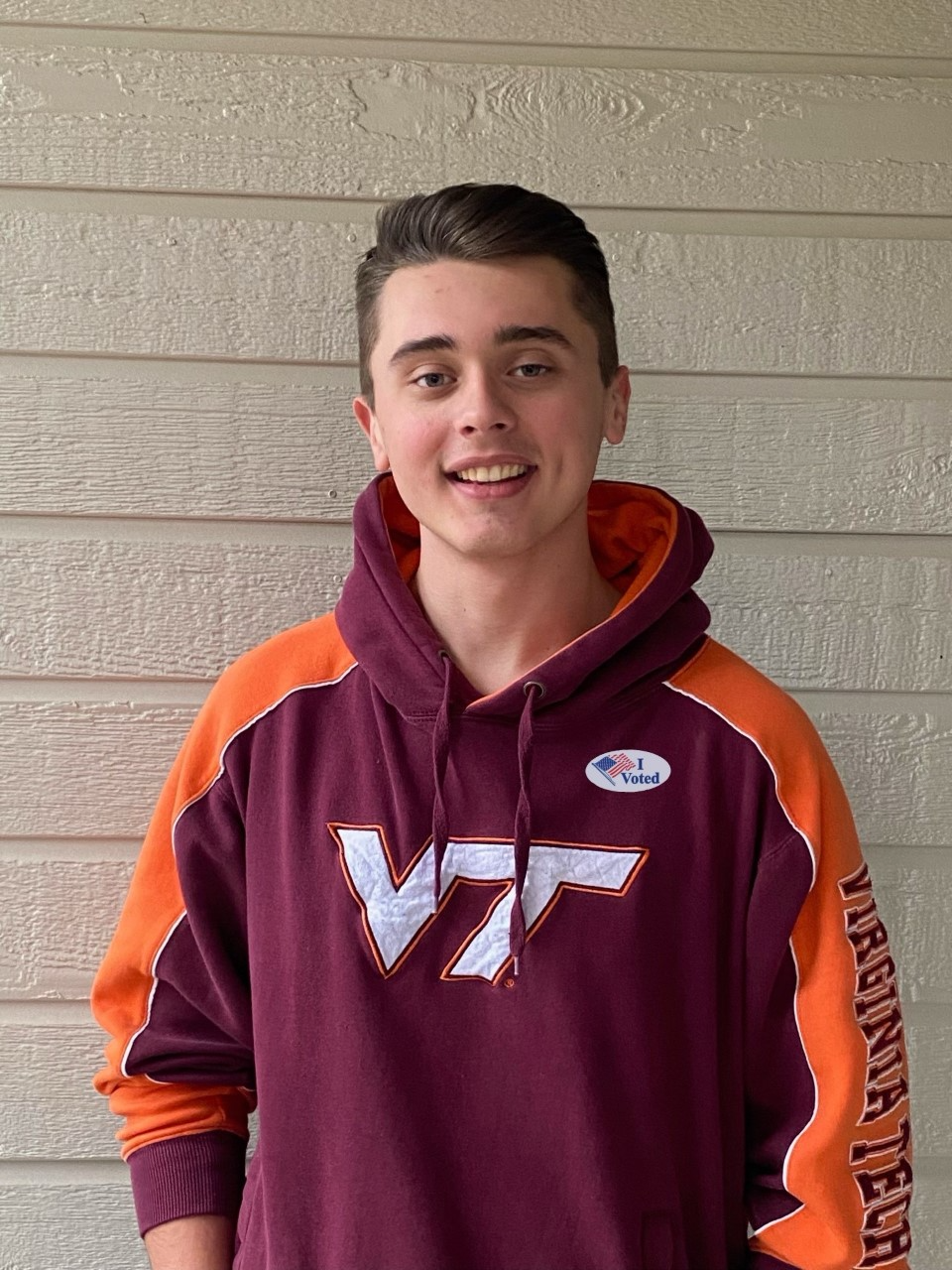 Taylor Tegtmeyer, a 20-year-old Virginia Tech student from West Virginia, shows off his “I voted” sticker after early voting. 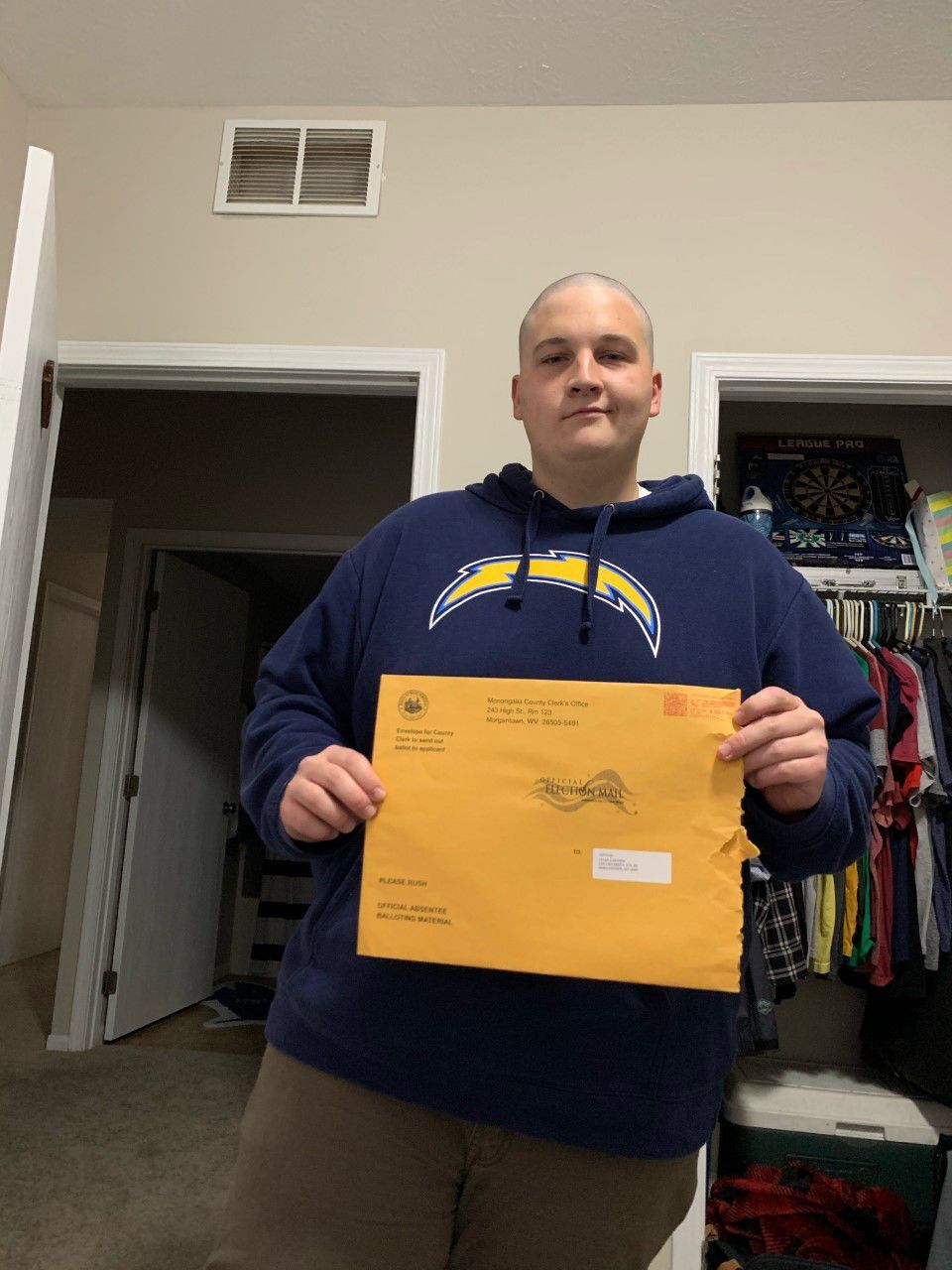 Tyler Snyder, a 21-year-old West Virginia University student, shows off his absentee ballot before mailing it off. 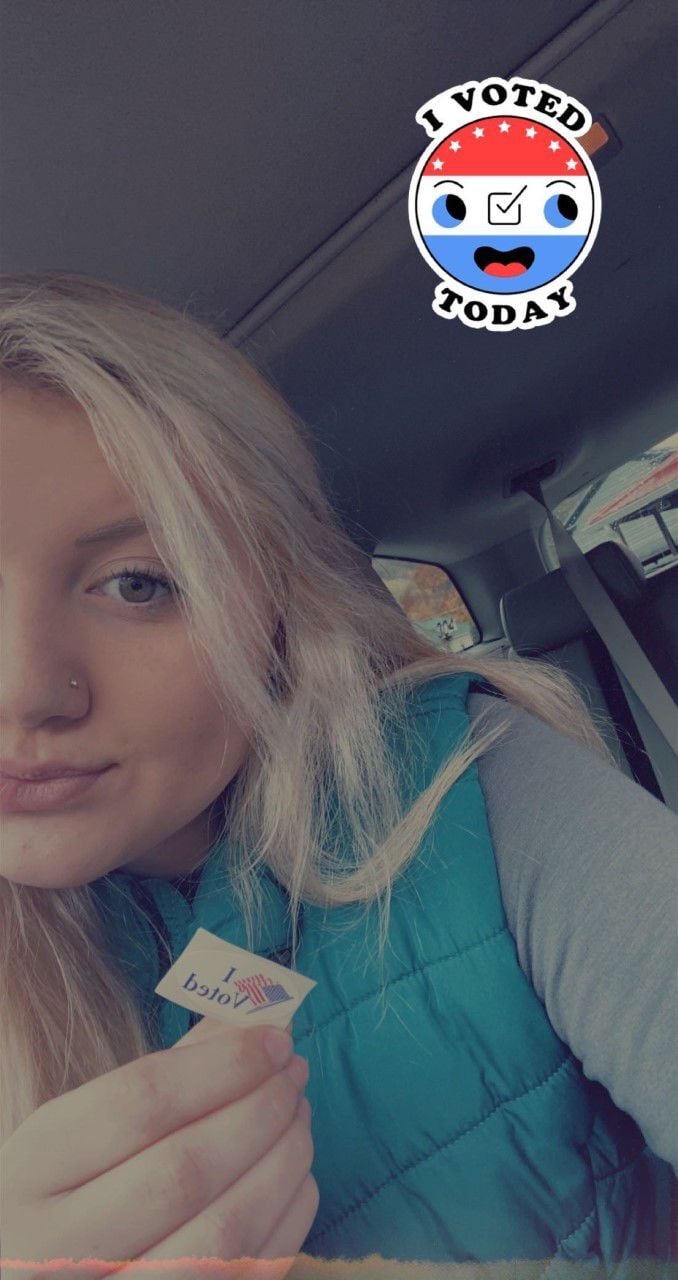 Lindsay Browning, 19, of Pocahontas County, shows off her “I voted” sticker after early voting.

Cassandra Isom, a 19-year-old West Virginia University student, prepares to mail off her absentee ballot for her first election.

Taylor Tegtmeyer, a 20-year-old Virginia Tech student from West Virginia, shows off his “I voted” sticker after early voting.

Tyler Snyder, a 21-year-old West Virginia University student, shows off his absentee ballot before mailing it off.

Lindsay Browning, 19, of Pocahontas County, shows off her “I voted” sticker after early voting.

Turning 18 comes with a lot of responsibilities, and one of the most important is voting.

Many young adults will be voting in their first presidential election, but as we know, 2020 is an abnormal year. Many people are voting early or are voting absentee ballots by mail.

I am a first-time voter myself, and I decided to vote by mail. I was raised in a family in which voting is extremely important, and I have memories from a young age of going with my dad to experience what voting was like at polling places.

As I was filling out my first ever ballot at the kitchen table this year, I was wondering what it was like for others to vote in their first general election: how they decided to vote, why they think it is important to vote, and what their first experience of voting was like.

When asked why she decided to vote in this election, 18-year-old West Virginia University student Megan McCullough said, “To be honest, I wasn’t going to vote. I had no political background or knowledge because I was always told talking about politics ruins relations. I started talking to my dad and friends who told me I should read and become educated.

“I realized that I’m an adult and this election year has a big impact on my future and the country’s [future]. I am so glad I voted. Now I realize the importance of exercising the right to vote, even though it is such a sensitive topic and hard decision.”

Other students also remarked on the power of voting.

“I am voting in person with early voting this week,” said George Washington High School student Katie Moore, 18. “I think it is so important to vote because voting is our most powerful tool to be involved in our democratic society, and it’s our only way to have our voice heard.”

Moore added that “the youth vote is especially important since we are voting for our future.”

Charleston Catholic High School student Alexandra Macia, 18, made a similar point when asked why she voted.

“My first-time voting was in person,” Macia said. “Statistically, our age group has the lowest voter turnout and I believe our vote can shift the election and I really wanted to be a part of that, especially because this is such a historic and important election.”

A Goucher College student, Katherine Reed, 19, had the following to say about casting her first ballot: “I am voting via absentee ballot because this seemed like the safest way to vote considering the coronavirus situation. Voting is important to me because I want to help change this country for the better; I knew that voting would aid in putting someone in power that wouldn’t take away human rights.”

Some students commented upon the excitement of voting for the first time. Macia said the poll workers “told everyone it was my first-time voting, and everyone started clapping. It was really nice.”

McCullough said that when she early voted in-person, “the volunteers at the polling location appreciated that I was so young and voting. They gave me my first ‘I voted’ sticker and pen.”

Recognizing the importance of voting, some of the new voters talked about how they had been anxious leading up to casting their ballots.

“I was honestly very scared it would be hectic,” McCullough said.

Reed was extra cautious with her ballot.

“Because this is my first-time voting, I was extremely nervous that I would somehow mess up the process, and render my vote invalid,” she said. “I have been meticulously reviewing directions for how to properly fill out and send in absentee ballots, in hopes to prevent invalidation of my vote.”

Macia has some advice for other first-time voters.

“It’s very easy to become discouraged when voting, especially if the person you voted for loses. Just remember that change happens in increments, [and] if you don’t win now, you’re still one step closer to your goal,” Macia said.

With so much out of our control during the pandemic, voting is one of the things that we can control. If you have the ability to vote, go vote.